Come out for the Annual General Meeting of the North Shore Mountain Bike Association on Thursday November 25th at 8 pm at the Lynn Valley Rec Center on Mountain Highway.

It’s been nearly a year since the fresh blood of the new Board of Directors took the helm in December 2009. During the evening, you’ll learn what’s been done in 2010 and what awaits in 2011. The Board will bring you up to speed on the relations with the landowners and where some significant opportunities exist in the very near future on the Shore. 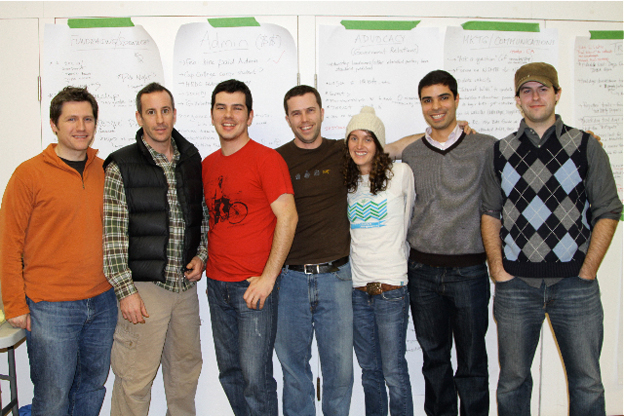 The 2010 NSMBA Board of Directors.

“It’s a new era upon us and we are seeing the sport of mountain biking being embraced on the Shore like never before,” says Adam Walsh, Advocacy Director. “2011 is shaping up to be a pivotal point in our history.” 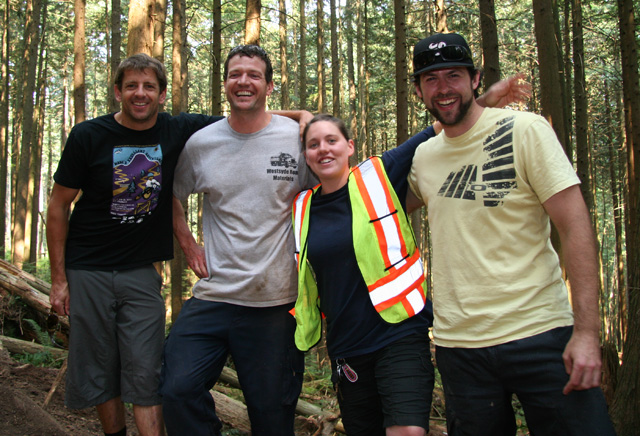 At the AGM, you’ll learn all the exciting details of the Trail Adoption Plan launching in January 2011. There is also time set aside for an open forum that will be your chance to contribute ideas.  There will also be an opportunity for new Directors to be nominated for the coming season as well as community leaders who can spearhead future directives. 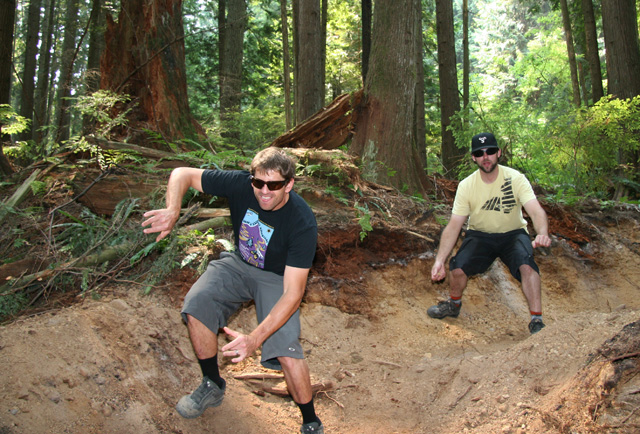 Wade Simmons loves mountain biking so much that he imagines himself riding even when there isn’t a trail there.

According to the Board of Directors, opportunity for growing the sport on the Shore has never looked so good. “2011 could be the biggest year ever for the NSMBA with many opportunities to improve the trail system,” says Mathew Bond, NSMBA President. “It’s up to us to pull together as a community and seize the opportunity before us.” 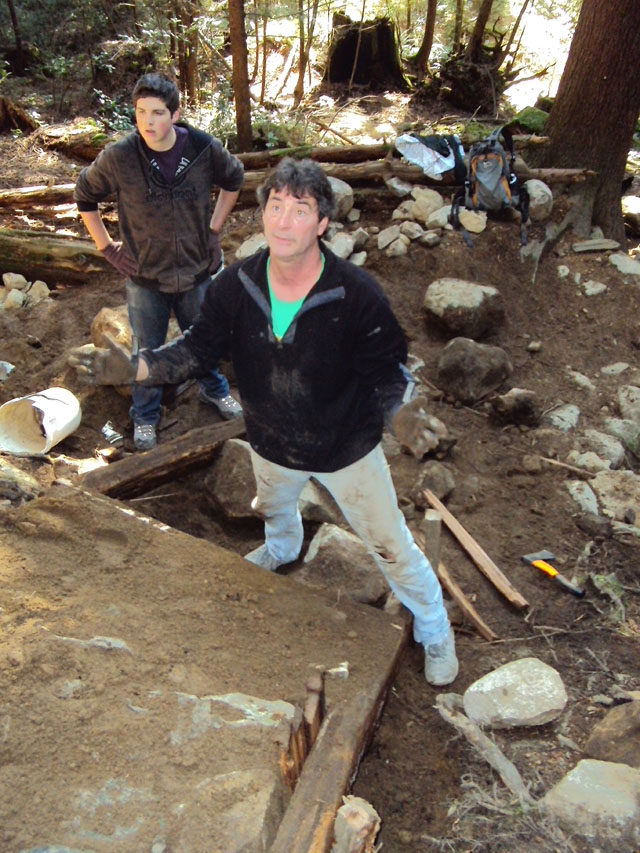 Digger knows trails better than almost anyone else.

Coming to the meeting?  Anything to say?  Think your thoughts here…