Disclaimer; Jerry Willows is an nsmb team rider.  He is also a member of Specialized’s R & D team.  While I’m confident Jerry wouldn’t tell you anything that wasn’t true, the appearance of is all over this informative little piece.  This is not meant to be a bicycle test – it’s an intro by a sponsored rider.  When a company entrusts you with helping develop their bikes a natural affinity develops and you can’t help but develop warmer feelings about their product.  And now here’s the honest truth from JDub.
Cam McRae

A few weeks ago I took delivery of next year’s Specialized Demo 8 – to bash around the steep and deep of the North Shore and beyond.  I have it tough, I know.  It is nice to see the major players recognize the North Shore as a great testing ground. 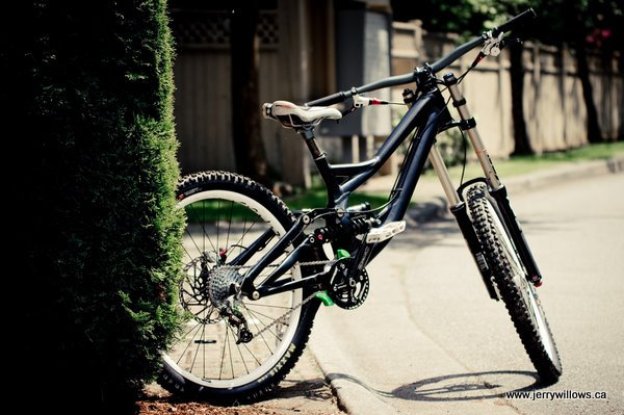 Ain’t she pretty.  Apparently there will be 2 colour schemes for 2011.

– frame is close to a 1lb lighter 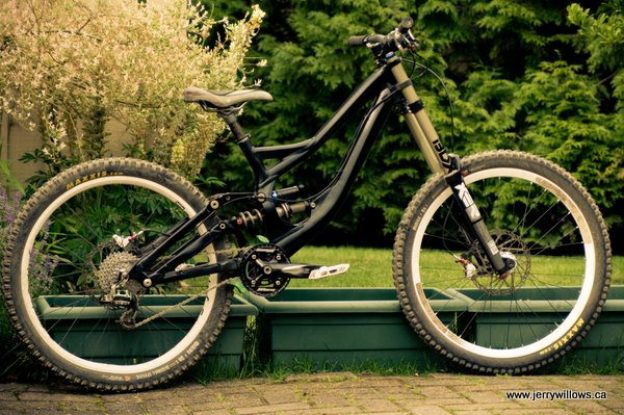 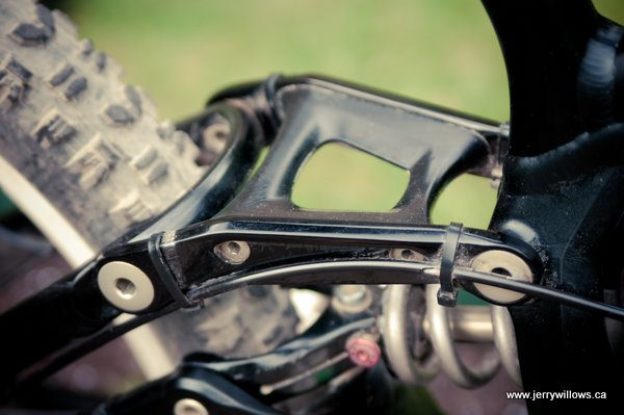 You can see where they shed some weight.  Shock is super easy to remove now. 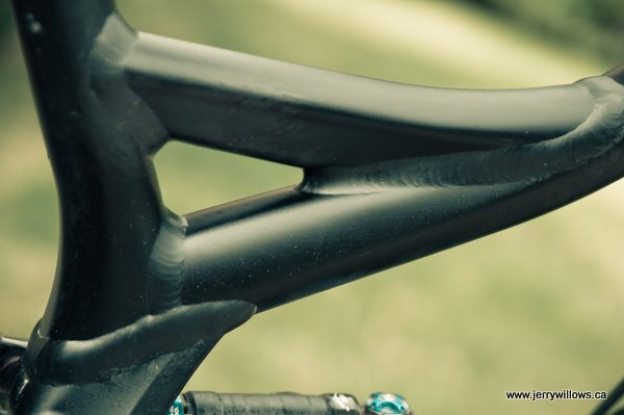 The welds are drop dead sexy.  Early spyshots had the bike pegged as being carbon. 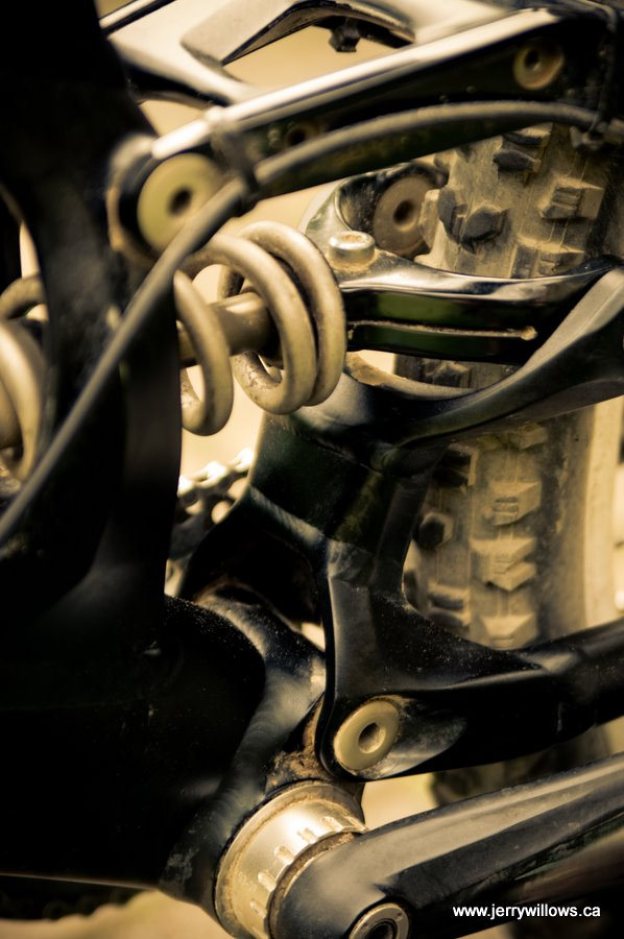 You can see how everything is so much sleeker.  Mud is not going to collect in too many places.  You can also see the new BB shell.

So how does it ride ?  I’ll compare it to the 2010 Demo 8 and it’s quite noticeable.  The travel is more progressive and it feels like there is a lot more of it.  I know the term “bottomless” has been way over-used but this is how it felt. No harshness at all.

I had the suspension setup by the team at SuspensionWerx and ended up with around 27% sag front and rear.  I managed to get a 2.5″ Ti spring on the shock (stroked out to 3.5″) and it saved over 300 grams.  Nice bonus.  I really can’t stress how important is to have your suspension set up properly and maintained.  No matter what bike you ride.

I found on the gnarlier trails that I ride all the time I was taking more aggressive lines and generally more confident riding.  With the lower center of gravity it feels more stable and with the more rearward travel, it is more planted than previous models.

I’ve had 3 days in Whistler so far and can really notice that it turns more aggressively in the corners, less pop on the takeoffs and just generally more stuck to the ground.

So far pretty stoked on the new bike.

Here’s a couple of boring shots off my Blackberry while filming with Digger on his last flick  “The Last Dig”. 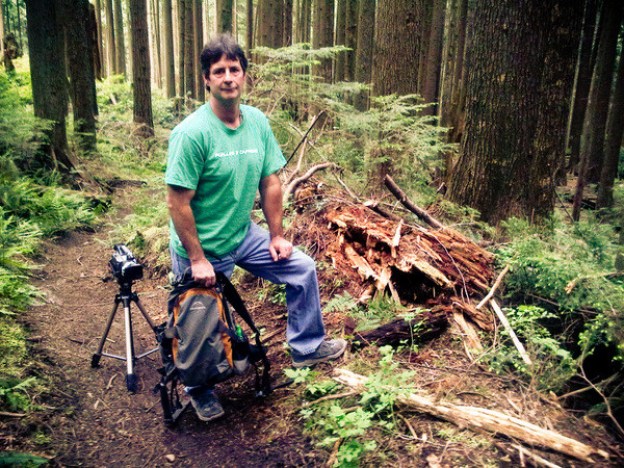 The main dude behind North Shore trail building; Digger.  Buy his DVD when it comes out so he’s not so grumpy. Location unknown. 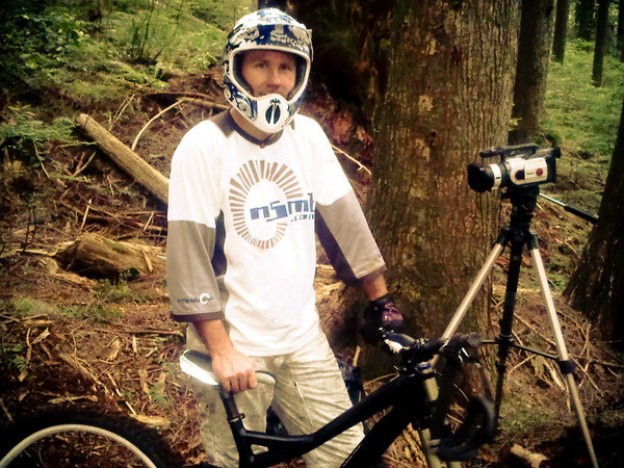 Old guy still ripping it up !

Big shout out to Buckwheat at John Henry Bikes for building this puppy from the ground up.

Want to be the next Sam Hill?  Is this bike on your list?  What do you think about the changes? Play product manager here…