•   Six FMB World Tour competitions are complete and the rankings have been populated.
•   First North American FMB World Tour event went off with great success
•   Next week will feature 5 GOLD level events
•   Open registration for Claymore Challenge, Lublin off the Track, Goatstyle and Crankworx Colorado
•   More than 50 top riders registered for the World Tour
•   Support the sport by signing up for the FMBA 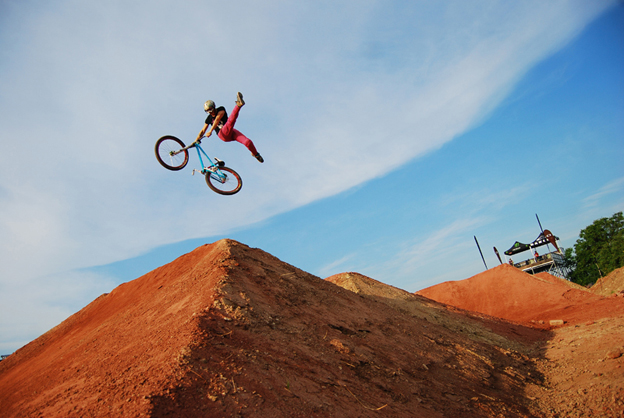 The FMB World Tour is up ’n’ running with six events completed so far and an exciting season on deck. One of the highlight events in terms of performance was definitely the Mongoose Slopestyle at the iXS Dirt Masters in Winterberg (GER) where more than 50 riders rode the contest and thousands of spectators came to watch. In the end it was Sam Pilgrim who won with Martin Soderstrom and Felix Rosendahl in 2nd and 3rd.
The other highlight event was the Teva Mountain Games Slopestyle in Vail, Colorado, which attracted an impressive field of riders from across North America (US and Canada). The silver event was hosted on an impressive course and the riders threw down like there was no tomorrow. It was Eric Lawrenuk from Vancouver who impressed the judges most, with Paul Basagoitia and Casey Groves in 2nd and 3rd. 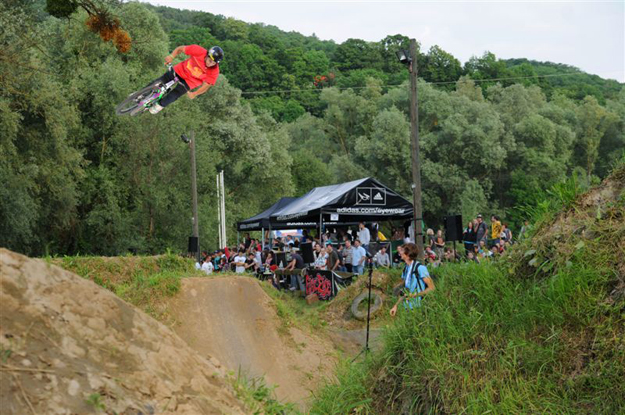 In addition, the other recent FMB events including the FISE Slopestyle, the adidas eyewear Austrian King of Dirt or the Monster Dirt Jump at the Balaton Bikefest went off with great success.

The next Gold-level event will be the 26TRIX on June 24th-26th in Leogang, Austria. It is the first GOLD level event of FMB World Tour. Riders know the 26TRIX event quite well and enjoy the atmosphere of the contest, the jumps and of course they all want a piece of the 10,000 Euro prize purse. The rider line up will be the biggest one of the running season so far, so expect the North Americans Cam and Tyler McCaul, Brandon Semenuk, Paul Basagoitia, Graham Aggasiz, Jamie Goldman, Darren Berrecloth competing with the Europeans Andreu Lacondeguy, Yannick Granieri, Grant Fielder, Sam Pilgrim, Pierre Edouard Ferry, Niki Leitner, Andi Wittmann, Benny Korthaus, Amir Kabbani, Simon Kirchmann and the Swedish riders John Alm Hogman, Linus Sjoholm, Martin Soderstrom. In addition there will be about 40 more riders from around the world and 10 will advance to the next round and ride with those 20 top guns to earn important GOLD event points for the FMB world ranking.

One week later is the Chatel Mountain Style and it’s up with 26TRIX: it’s GOLD!!! Again a big line up, but definitely a different event format with a Big Mountain course.
Check the rider line up for Chatel on chatelmountainstyle.com 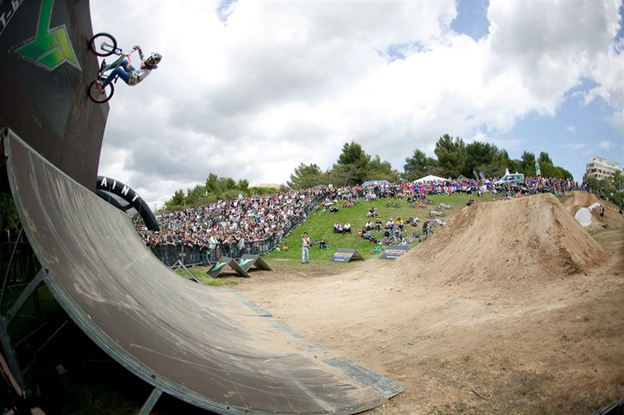 So let’s see what the world ranking will look like after those two events!
In total there are 12 remaining events. After Leogang and Chatel there will be three more “decision making” GOLD level events on the schedule and of course also the two big “DIAMOND” events: The Monster Energy Slopestyle at Kokanee Crankworx in Whistler and the grand finale: the Red Bull Rampage in Utah.

Riders can still apply and try to register for the following events:

At the Teva Mountain Games a lot of new riders signed up for the FMBA in order to be ranked in the FMB World Tour. Currently there are more than 50 riders registered and ranked. Of course everybody can sign up at any time and since only the best 4 results will count after the final rankings are compiled, everybody can still win the tour! Either riders that want to compete or fans and brands that want to support the sport can sign up and be part of the FMBA. Find more info on: fmbworldtour.com/2010/member .
You’ll find there also the membership form in order to register

The current FMB world ranking is available at: fmbworldtour.com/2010/ranking-results

Media related requests are welcome and can be sent to press@fmbworldtour.com .

After an internal vote in March 2010, FMBA’s Board of Directors consists of the President: Tarek Rasouli, Vice-President Todd Barber and Principal: Jeremy Roche.