When I think of Rocky, what comes to my mind is the RM9, a machine over-built for throwing your stuff down the trails on the North Shore.  Rocky Mountain Bicycles has been the namesake bike on the North Shore of Vancouver since three shop owners created the company way back in 1981. (I was 2 years old!) 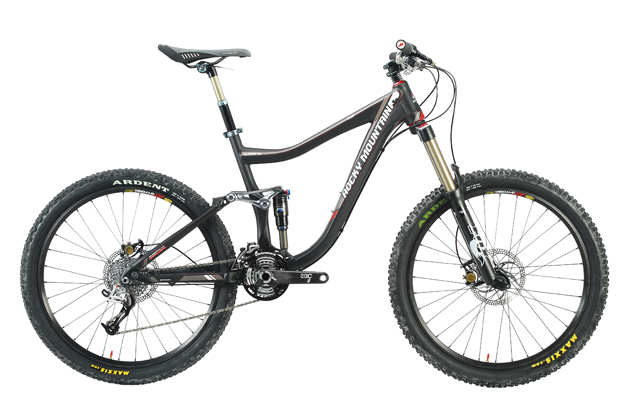 A quick glance above and one notices that there is no mention of propelling the bike to the head of these trails. The weight and inability of their longer travel bikes in the pedaling department has sometimes been a stigma attached to the brand. 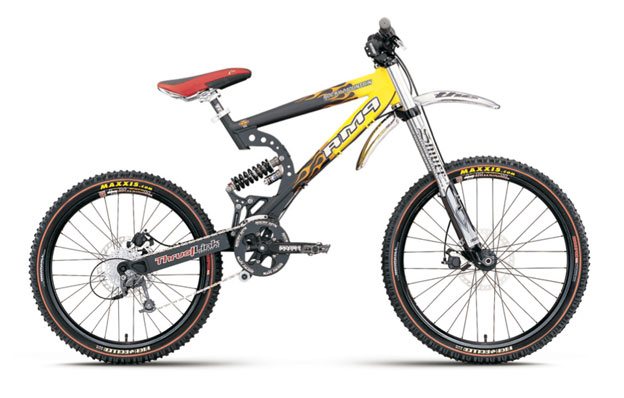 In 2008 along came the Flatline, a huck your meat Dh smashing bike able to take anything the trail threw at it. Then in 2009 Rocky launched the Altitude, a more than able XC bicycle, but who rides XC on the Shore? (I know people do, but for argument’s sake… work with me here, North Shore XC is not true XC.)

The reincarnation of the brand was missing something, a bike that could do it all. Yes… a bike that would allow you to ride from your door, all the way to the top, and I mean the entrance of 7th Secret, and rip the trail all the way back to the cold beer in the fridge. 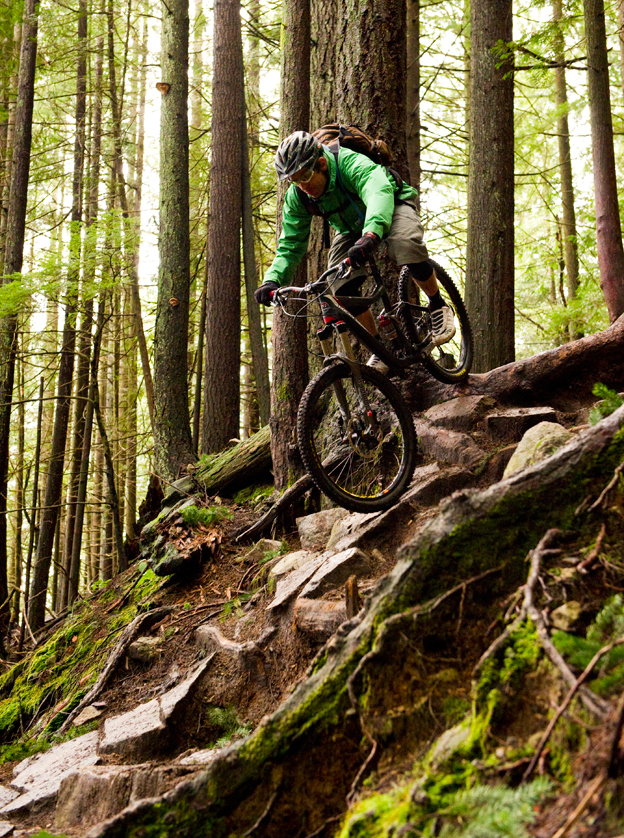 Wade Simmons tackles ‘the stairs of despair’ on his 2011 Slayer.  Photo ~ Colin Meagher

Enter the 2011 Rocky Mountain Slayer. There is nothing left of the older Slayer line-up. Nothing! Okay the name I guess. Based on the same suspension design of the Altitude, Rocky Mountain set out to design a bike capable of it all.

I was lucky enough to throw a leg over the bike while at Sea Otter this year.

Smoothlink Suspension.
By placing the rear pivot above the rear Axle Rocky says  chain growth is minimized (13.2mm through 165mm of travel). This leads to pedalling effeciency beyond any long travel bike I have ever ridden. The site of Sea Otter is a series of rolling hills, littered with sand. While these hills are not mountains, there are a few that are pretty steep. The 2011 Slayer pedaled exceptionally well both up the climbs, on the flats and then in turn when I wanted to crank it up and rip down the hills. There was no bobbing around pedaling, a noticeable trait of most bikes with 165 mm of rear travel. There was no wallow in the pedal when you dropped the hammer both up or downhill, which again is remarkable for a bike with this much travel –  6.5″ for the metrically challenged. 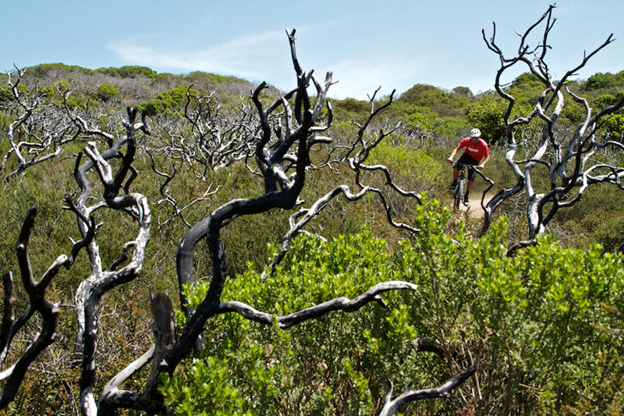 Straight Up Geometry
When bikes have large amounts of rear travel the geometry of the frame puts the rider too far back over the rear wheel, making pedaling/handling/climbing very difficult. (Think trying to pedal your DH rig uphill for an extreme example; trust me, I have a Demo 8 and know this all too well). The 75 degree seat tube puts the rider in a great pedaling position to climb without the feeling of falling off the back of the seat. Also throw in a 66.5 degree head tube angle and you have an agile descender, without feeling too slack. Pretty much all the DH in Cali was sandy, and with the 66.5 degree headtube I never once felt that I was going to get pitched over the bars, but soon after the downhill stopped and I was forced to pedal back up, the head angle never felt too raked out. 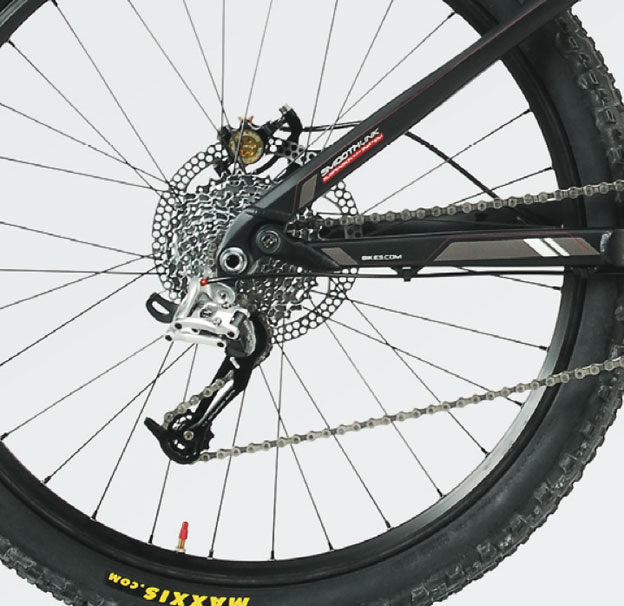 No Horst here.  Because the Slayer’s pivot is above the rear axle it negotiates around the Horst Link Patent held by Specialized. Rocky is touting the proximity to the chain as one of the big advantages of this configuration.  In their own words “The lower linkage member is almost parallel to the Average Chain Torque Line (ACTL), at all points of travel. Keeping the lower link parallel to the ACTL allows the instantaneous center of rotation (ICR) to follow very closely to the ACTL, thus practically eliminating pedal induced suspension bob.”

One tool hardware
I am not one for carrying any tools. Cam knows this all too well. But with the one tool hardware, carrying a large number of tools is a thing of the past. One side of all the pivots is all that needs to be tightened. I am notoriously lazy with bike maintenance only because it seems that I have to pull out a hardware store every time I want to silence the minor squeaks from my bike. One Tool Hardware… got me sold! 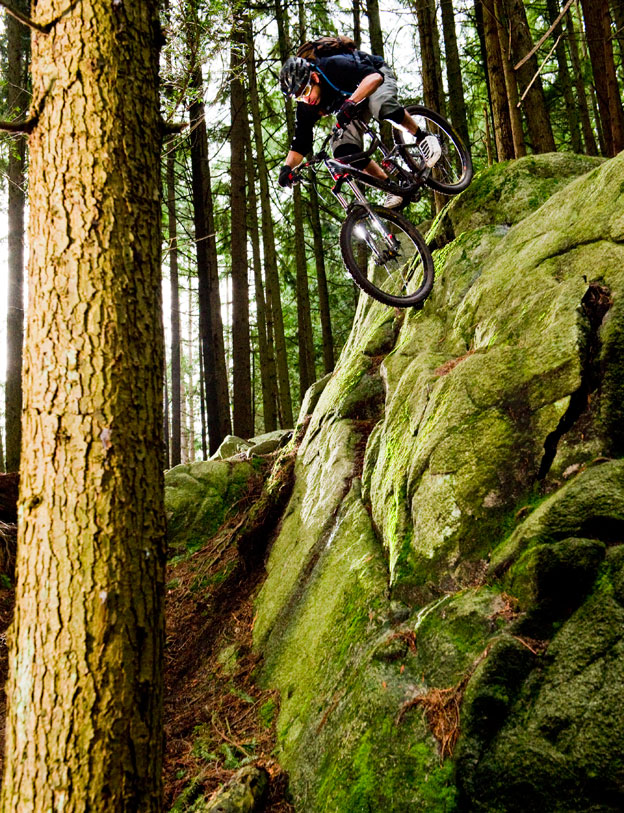 Granny Sandwich
Oh man this is a life saver. Mounted to the ISCG tabs, a semi circular plate installed on the inside of the crankset stops the insanely annoying chain drop. Another plate mounted between the front derailleur and the BB provides further security. If there is one thing that drives me mad it’s getting to the top on a bike that pedals well only to have it drop its chain 5 secs. into the trail. Or if you are into another chain management solution, the Slayer is Hammerschmidt Compatible 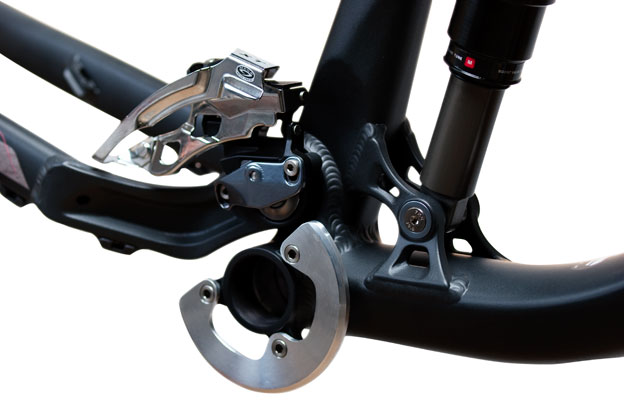 The Granny Sandwich is designed to prevent the chain from dropping down off the granny.  Two plates – the semi-circular plate attached to the ISCG and the black plate between the front derailleur and the BB – are designed to keep the chain in place.

Overall thoughts
I am not going to kid myself, I LOVE every new bike that I throw a leg over. There is something to be said for a new bike, kind of like a new car. It may not be a Ferrari, but when you first get in it, it still has the same new car smell. It is once you actually get some miles into it that you start to see flaws, the plastic looks cheap, not enough drink holders… and maybe it doesn’t corner so well. 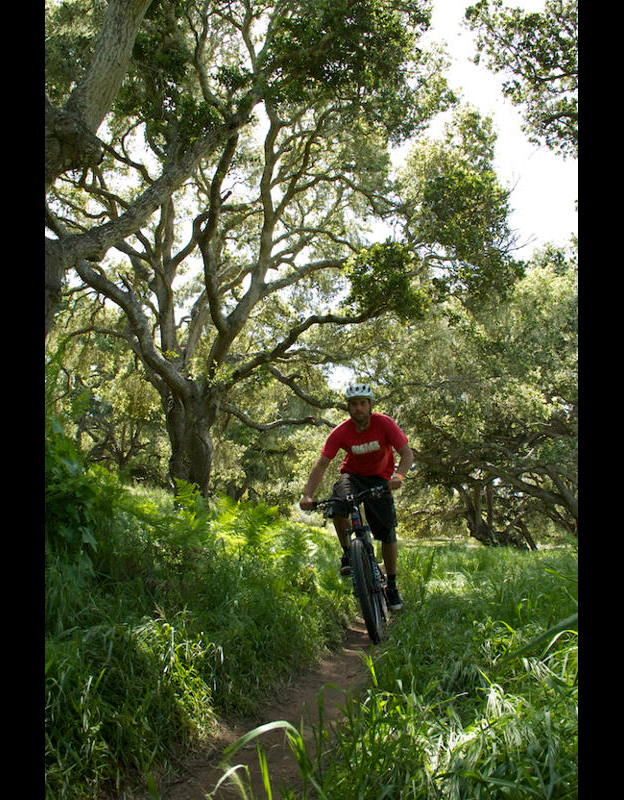 Shade is hard to come by near Sea Otter – and welcome when you are the sort of freeloader who carries neither water nor tools.  Photo ~ Todd Hellinga

I was drunk on new bike smell when I first got on the Slayer. I loved it right off the bat. I was super amped to hit some not so virgin singletrack, slay some dirt ribbons through forest/brush at Sea Otter that I had never seen. The first half of the ride was amazing, basically it was small steep climbs, both double track and single track, followed by the exact same but in the reverse direction.

At about the half way mark, it occurred to us that we were running out of time. The bike had to go back to Rocky for the next rider. The only option was for me to pin it to the end, having no idea where that was, or how far we were into the loop. It was here that the Slayer shined. I could crank up the hills and then rip down the sandy descents. Despite the fact that I didn’t have any water, (see comment about the not having any tools/pack) I pushed on and the bike never faltered. I never once felt that I was lugging it around. It was quick agile and responsive… and a damn fun ride. Sorry Pete, I rolled into the Rocky tent a mere 10 minutes late. Once the intoxication wore off my warm feelings for the Slayer remained.  This bike just might have some staying power.

A special thanks to the volunteers at the finish line of the road race who saw me and offered me some water.

What do you have to say about the new Slayer?  Like the look?  Remind you of anything?  Down with Smoothlink and Granny Sandwich?  Slay it this way…