With a long top tube and snappy pedaling manners, it’s a climb-happy, nimble bike with sure-footed geometry that begs to go claim some tall peaks in the backcountry. And with five inches of sophisticated APP suspension travel designed to eat rocks and roots and jumps with all the ability of longer travel bikes, it also does a mighty fine job of whipping the descents into shape as well. Does that sound a little schizophrenic? Maybe so. The Nickel’s a perfect bike for those days when you have to flip a coin to decide where you want to ride. 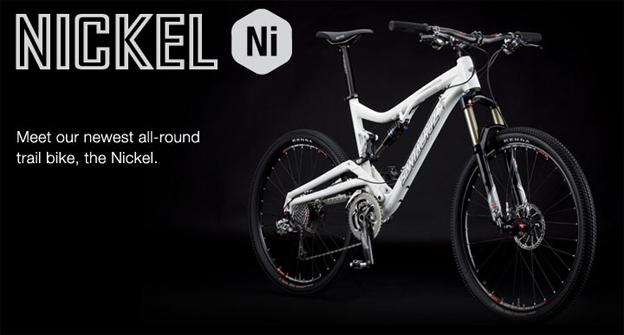 Way up in the Sierras near Downieville, California, is a trail that leads into more than 5,000 feet of descending during a sixteen-mile feast of singletrack. Along the way, riders encounter frenzied rock gardens, brake searing straights between tight switchbacks, jarring compressions, flowing turns, sphincter puckering transitions into cliffside traverses, and some of the fastest ripping, tree-lined singletrack anywhere in the world. Superb suspension, strong pedaling legs, a tough bike, and a relaxed grip all count for a lot here. The name of that trail is Butcher Ranch. We named this bike, with six inches of abuse-hungry APP suspension and a frame designed to be shown the meaning of tough love, in it’s honor. 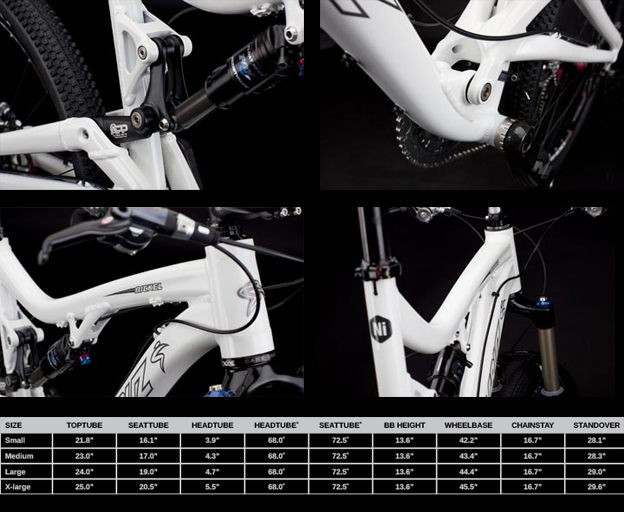 What Is APP?
In the words of the lead engineer on this project, APP is “a kind of bogus acronym.” It means Actual Pivot Point, and since we are an acronym-averse company, those three letters represent both a totally new suspension system and the fact that we don’t take our marketing nearly as seriously as we do our engineering. The name “Actual Pivot Point” initially came about as a spoof on “Virtual Pivot Point,” and was used in joking reference to our single pivot bikes when we first began working with VPP a decade ago. When it came time to name this new suspension system we were working on, the APP moniker resurfaced, and in spite of our best efforts to come up with something else that accurately described what was going on and sounded cool, the name stuck. 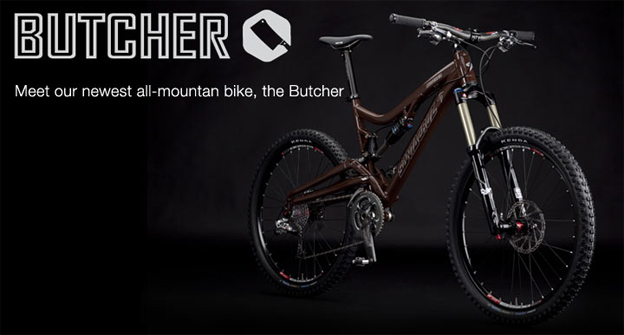 Yeah, But What Is APP?
APP is a single pivot suspension that utilizes a pair of links to create a variable shock rate. It represents the confluence of two different SCB technologies- combining our proven single pivot location with the shock rate characteristics of our VPP suspension – and is the result of a design process that started back in 2005. 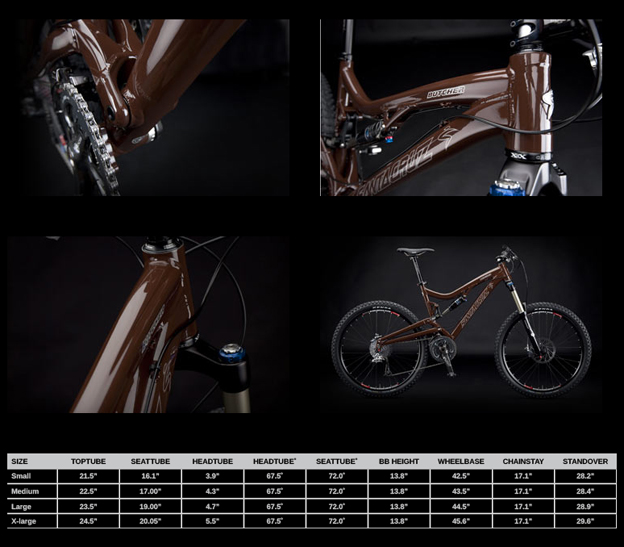 We built some mules so ugly only a mother could love them and proved to ourselves it would work. Then we applied for some patents, the first of which was granted in 2009. By this point, we had four years into the design, and had evolved it away from an initial floating shock concept toward the more streamlined bikes in this presentation, the 150mm-travel Butcher and the 125mm-travel Nickel.

Not all single pivot suspensions are the same, so don’t go tarring them all with the same dismissive brush. The single pivot used on our new APP bikes is similar to that found on our highly evolved Superlight and Heckler models. It features a high (but not too high) forward (but not too forward) placement that is about the very best place you can locate a single suspension pivot. The placement creates a slight degree of anti-squat, which allows for lively pedaling response, and the high-forward positioning provides a more neutral braking reaction than other lower, more rearward, locations. 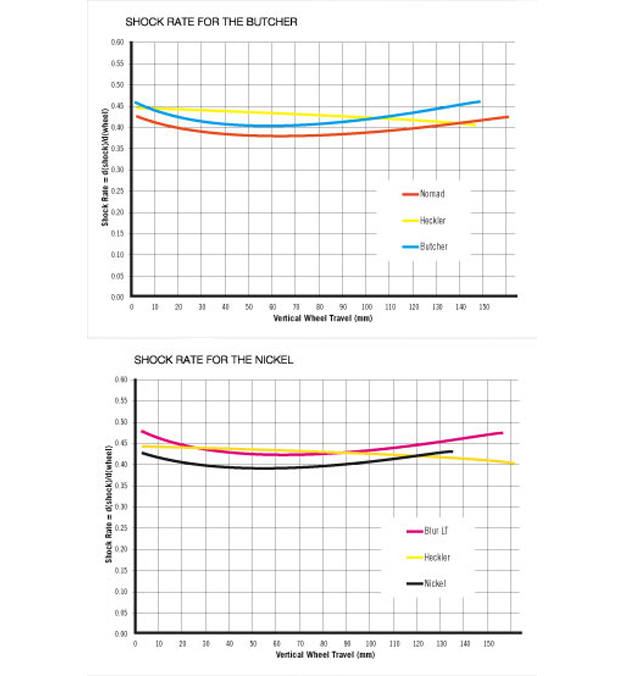 We use 15mm diameter aluminum axles in the main swingarm pivot and at the APP link/swing link pivot. Those axles roll on angular contact bearings, thread directly into their swingarm or link counterparts on one side of the bike and feature locking collet heads on the other. The links themselves are stout little chunks of forged aluminum. They don’t flex. The axle and bearing design, aside from being a whole lot more sophisticated than just about anything else on the market, is sturdy, reliable, and when the time comes, easily serviceable. 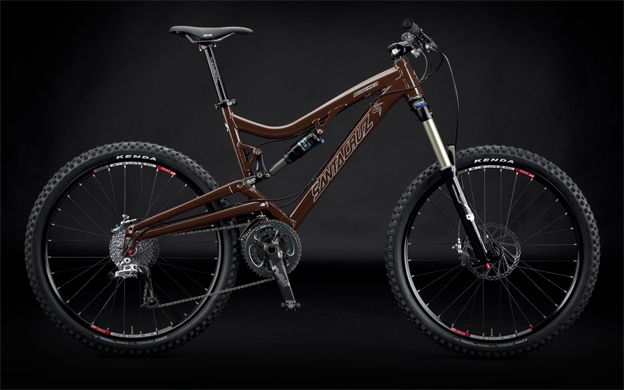 APP employs a variable shock rate. At the beginning of travel, the shock rate is slightly falling, it flattens in the middle of travel, and then changes to a rising rate near bottom-out. Looking at it on a graph you would notice two things – it looks the same as a shock rate curve for a similar travel VPP bike, and it resembles a smiley face. What this means is that during the initial falling rate part of travel, the suspension is very responsive to bump forces – it uses more of the suspension for a given bump size. Basically, this feels like “more travel” than is really there. As APP suspension progresses through mid-stroke, the shock rate flattens and then changes sign to a rising rate. This translates to a gradual shift from the plush initial travel into more heavy impact resistance deeper in the stroke. As the suspension nears bottom-out, the shock rate progression helps resist bottoming, and creates superb jump landing and g-out characteristics.

Looking for a bargain on a Santa Cruz?  These may end up close to $1500 CDN if the buck stays high.  Like APP?  Spin some yarn here…