Late last year, I was asked to test the 2010 Rock Shox Boxxer World Cup, the top model in the Boxxer line. Being a long-time Boxxer fan, I was stoked. I ran a set of 2006 World Cups and most recently a set of 2008 World Cups. The main attraction of these forks for me is high performance at a pound less than the competition.

The good news was I was all set to test a pair of 2010 Boxxers. The bad news is I only mounted them up in time for the last weekend in the bike park in the fall of 2009. When the park is open, I ride more, work less and generally feel a hell of a lot better but as soon as the bike park closed last fall, the temperature dropped, the rains came, I worked more and I rode less. Anyway, what that means is that I haven’t ridden the new forks near as much as I would have liked so I’m only posting this Gear Shot and not a full-blown test. 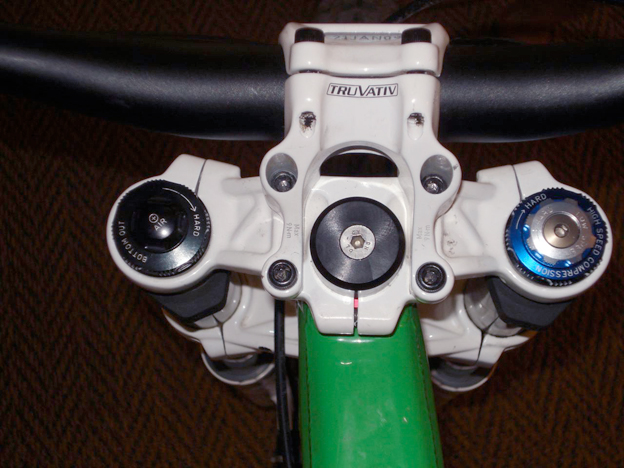 Once you’ve used a direct mount stem you’ll be done with conventional stems for good.

The weight of this fork is one of the primary reasons to get excited. We pulled some forks off the shelf at Steed Cycles and weighed them all on the same scale within a few minutes of each other.  Here are the results:

SRAM is raving about the new Mission Control Damping System saying that it is “supremely adjustable, smooth and consistent.”  I am really hoping this new version is more consistent feeling than the previous version. My 2008 always felt awesome after a rebuild and fresh oil, but quickly lost it after just a few rides. After talking to bike shops and guys on the mountain riding the new 2010, it does sound like it is much more consistent. We’ll see how things go as I log some more miles on the tester. 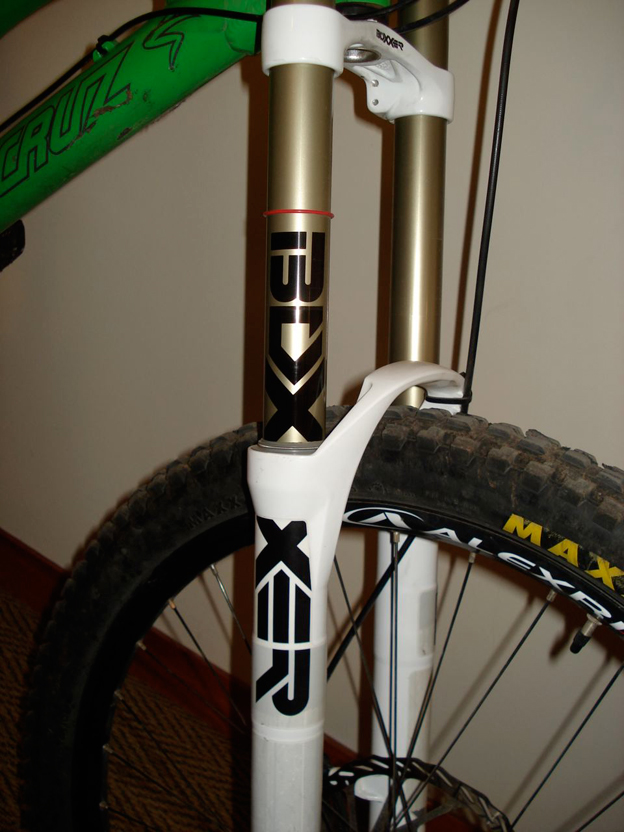 The Boxxer graphics begin on the stanchion and end on the lowers. Dead sexy.

I started out with the rebound adjustments near the center of the range, high and low speed compression set to zero and no bottom out. I weigh 165 lbs., so I started at 70 lbs. of air pressure and slowly have been reducing it. 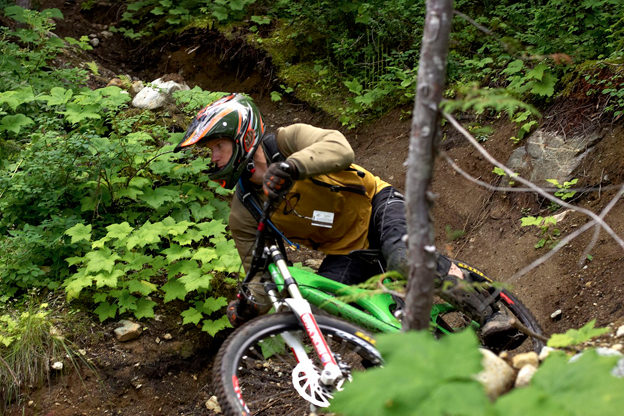 Mike was very pleased with his 2008 Boxxer WC – when it was fresh back from the shop. Photo ~ David Ferguson

One of the main differences on the ride feel I noticed right away is how well the 2010 Boxxer tracks. This can likely be attributed to the added stiffness served up with the 35mm stanchions. I ride a Santa Cruz V10, which is a point-and-shoot type of bike, but the new fork still made a difference.

On Whistler near the top of Rock City, there is a ladder bridge drop to rocky tree-threading section, I felt much more in control in this section on the 2010 Boxxer compared to the 2008 version. I was able to direct the bike towards the opening in the trees and ride through without the usual feeling of being knocked around. 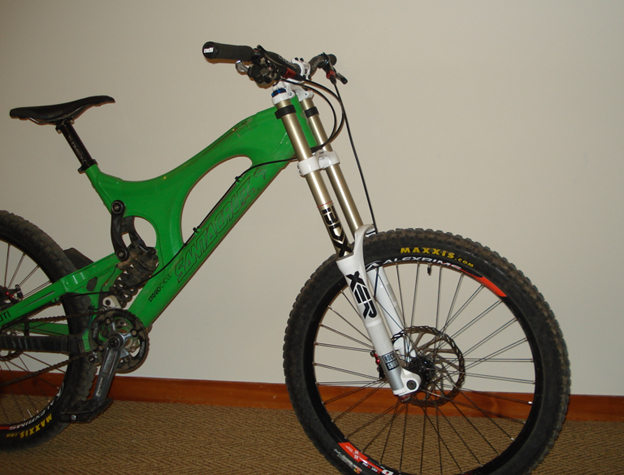 The one negative I noticed fairly quickly – and it still puzzles me – is that my hands became sore after a couple of runs.  I haven’t suffered from sore hands on my V10 (with the ’08 Boxxer World Cup) ever. To be fair, my first rides with the 2010 version were in the cold with mostly frozen ground but still I wouldn’t have expected sore hands. I haven’t ridden the fork enough yet to determine the cause. I have tried lowering the air pressure (now at 60 lbs.) in an effort to increase suppleness and reduce hand fatigue, but haven’t had any no significant success. Hopefully I will find the solution during a more extended and thorough testing. 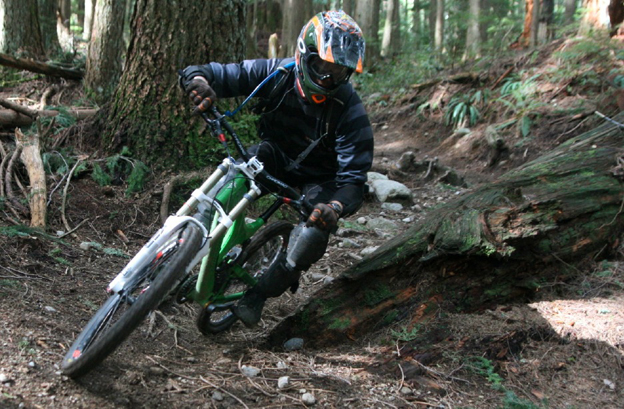 So far Mike’s more happier with the 2010 World Cup, but there are still some questions. Photo ~ Cam McRae

Ridden the 2010 World Cup? Any feedback from your own experience? Get us up to race speed here…