Vienna, Austria, March 23rd, 2010 – The fifth anniversary of the annual VIENNA AIR KING mountain bike dirt jump contest brings a who’s who of the international dirt jump scene to Austria’s capital. Overall 50 riders from 15 nations will hit the redesigned dirt line at the ARGUS Bike Festival on April 10th and 11th. The finals of the VIENNA AIR KING , which is the first stop of the Freeride Mountain Bike (FMB) World Tour 2010, can be watched live online on www.watch26.tv/live on Sunday April 11th from about 2:30 pm CET. 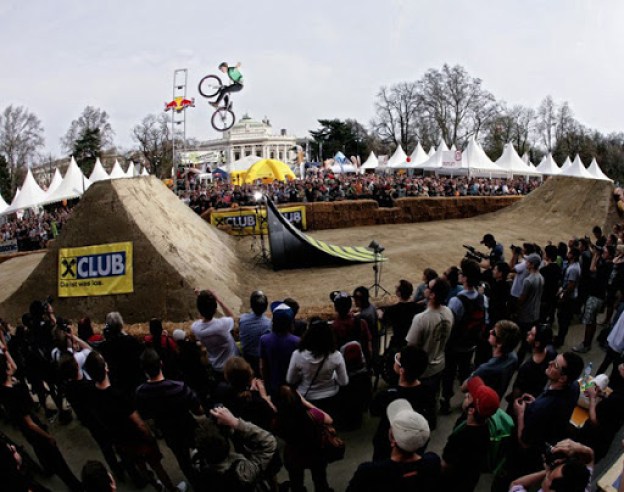 The VIENNA AIR KING dirt jump line will be bigger than ever before: the start is dominated by a massive starting tower with a small roll in, which ends in a wooden kicker to drop from 6 meters (about 20ft) into a dirt landing. This first step down jump guarantees the speed for the following three  doubles which all have wooden take off ramps and dirt landings. The first double is the biggest one featuring a jump distance of about 8 meters (25ft). The second and third set will be built a bit smaller to make sure that all riders get through the line that ends with a 3 meter (10ft) high quarter pipe. 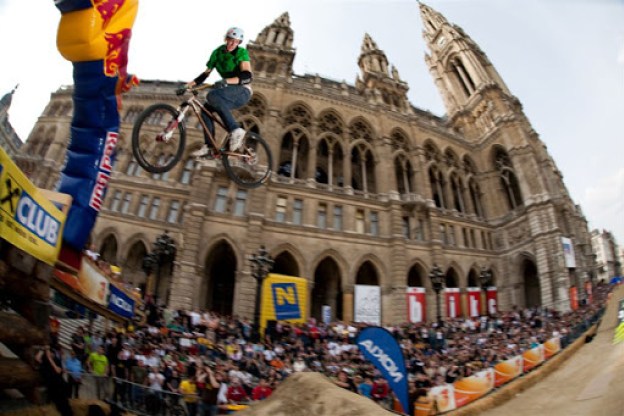 Like last year 15 well known riders are invited as well as 35 riders with the best and most convincing applications made it into the pre-qualifying round. The VIENNA AIR KING marks the annual contest season’s kick off and it’s always great to see the newest tricks of the big names and upcoming rookies in front of Vienna’s picturesque city hall. Beside last year’s winner Martin Söderström from Sweden and this year’s White Style winner Sam Pilgrim from the United Kingdom, also other big names like Jamie Goldman (USA), Amir Kabbani (GER) or Darren Berrecloth (CAN) confirmed to come to Vienna: 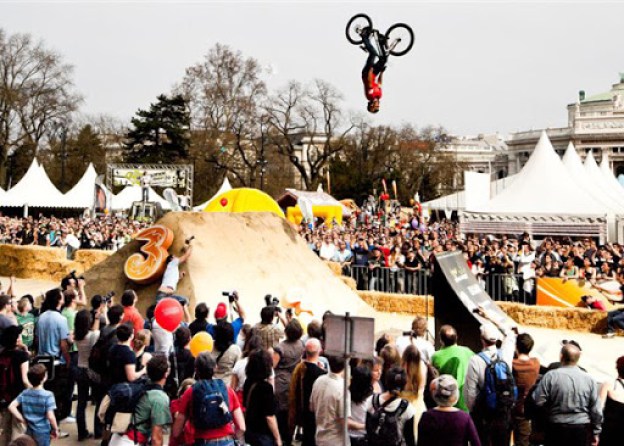 The VIENNA AIR KING is celebrated the fifth year in a row at the ARGUS Bike Festival in 2010. Austria’s biggest bike event located directly in front of the city hall does not only feature the VIENNA AIR KING but also a well packed side program: Over 100 booths of edgy bike brands, a bike flea market, a kids only bike area, a test track for E-Bikes and a lot more. For more detailed information, please take a look at: www.bikefestival.at. The VIENNA AIR KING – as one of the highlights of the ARGUS Bike Festival – is an event organized by the Event Company in close cooperation with rasoulution.