Munich, Germany, March 18th, 2010 – Freeride Mountain biking, which includes Big Mountain, Slopestyle and Dirt Jump contests, has become an essential part of the sport during the last decade. The number of riders participating in these sports is rapidly increasing every year. But unlike other comparable action sports, freeride mountain biking has never had its own world series like snowboarding (TTR World Snowboard Tour) or surfing (ASP World Tour). During the last six months, an alliance of core scene members consisting of professional athletes, event organizers and opinion leaders have been putting their heads together to make a change and initiated the establishment of the Freeride Mountain Bike (FMB) World Tour – starting in 2010. 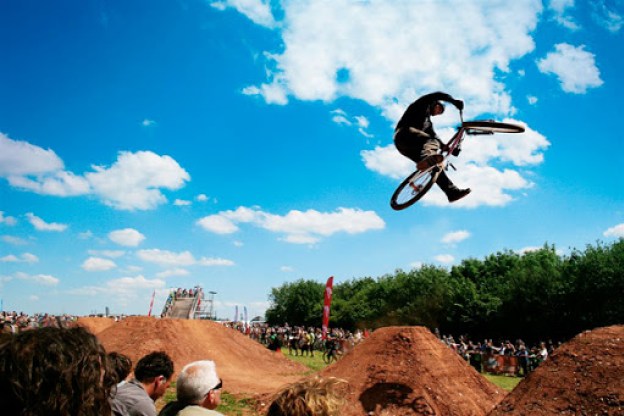 Bike Radar’s Live comp – which I’d never heard of – is one of the comps under the FTMB umbrella.  Photo ~ David Ulrich

The goal of the tour is to bring a professional structure to the sport and raise the level of the events to make them safer and more consistent for athletes and the media worldwide. Freeride mountain biking has become a dynamic and progressive sport with many skilled athletes competing in many different events around the globe. The formation of a tour is the next logical step for freeride mountain biking to become considered as one of the elite sports within the action sports world. “It’s time to bring the sport of freeride mountain biking to the next level. The FMB World Tour will help bring consistency to our sport.  I will know that when I show up to a FMB tour stop that the event will be safe, the judging will be fair and the end of the day we will know where I stand among the other athletes”  says pro freerider Aaron Chase. 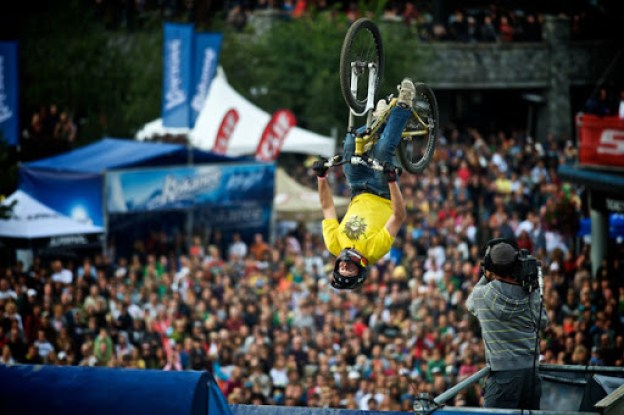 Crankworx is a no-brainer of course.  Every other comp has a lot of work to do to approach the buzz, crowds and general rowdiness of Crankworx in Whistler.  Photo ~ Yorick Carroux

The goal of the Freeride Mountain Bike (FMB) World Tour is not to create an entirely new tour, but to integrate already existing high class and successful events from around the world. Athletes who compete at FMB sanctioned events will be able to collect points by attending these different Slopestyle, Dirt Jump and Big Mountain events, which are integrated in to the FMB World Tour. The world ranking system will be updated after each official tour stop and this will allow athletes, fans and the media to follow the action.  After the final tour stop the points will be tallied and we will have our FMB World Tour champion. “The FMB World tour is an exciting new chapter for the sport of Freeride Mountain biking. The time has finally come for the athletes, event organizers and industry to come together to show the world how incredible the sport of freeride mountain biking can be.” Says Todd Barber producer of the Red Bull Rampage. 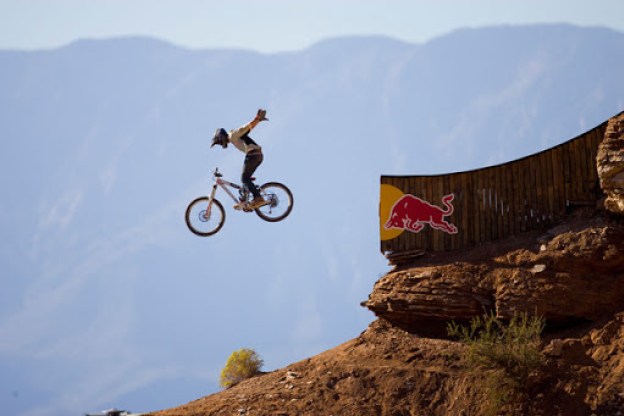 I guess this means the Red Bull Rampage will be back in 2010. 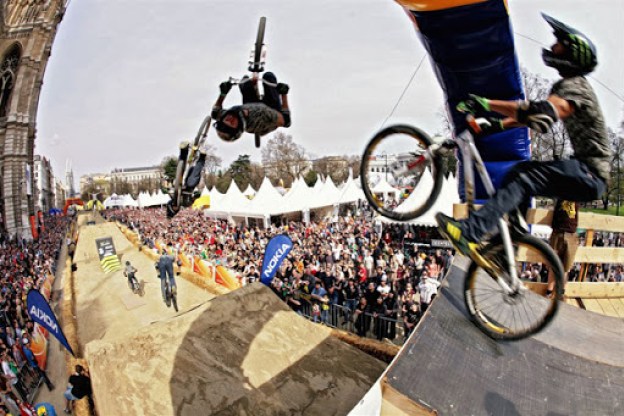 Vienna Air King seems to get a good crowd out.  Photo ~ David Ulrich 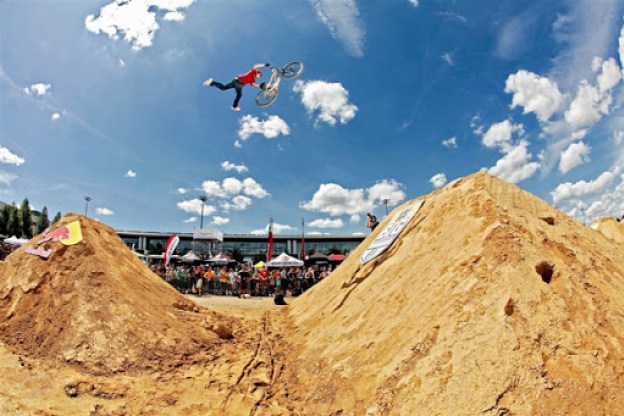 In order to establish the FMB World Tour, an organization called the Freeride Mountain Bike Association (FMBA) has been formed to give all of its members a voice. The FMBA is a non-profit organization with the goal to push the sport of freeride mountain biking into a more professional direction and raise awareness within the public and media.

The FMBA had been in negotiations with the following selected premier events that are a fixed part of the FMB World Tour for 2010:

The events will be classified in one of three categories. Each events classification will be determined by their ability to meet important criteria like: Quality of riders, course design, media, prize money and significance of the event.
Freeride mountain biking is set to reach a new level of professionalism in 2010. The FMB World Tours first stop is right around the corner and is set to take place at the “Vienna Air King” on April 10th and 11th.

The official FMB World tour website is currently under construction and it will list important information on the tour and the World tour athlete ranking.

General information about the FMB World Tour:
The goal of the Freeride Mountain Bike (FMB) World Tour is to help develop the sport of Freeride Mountain Biking – which includes: big mountain, slopestyle and dirt jumping – providing athletes and event organizers with a tangible world ranking system and guidelines for course design, judging and safety.

This sounds like good news.  Will going legit help this corner of mountain biking gain recognition and sponsorship?  If that is the case at what cost?  Let us know if you think this is good news or bad news here…