Two roads diverged in a wood, and I took the one less traveled by, and that has made all the difference. – Robert Frost

The city of Nelson is an enclave amidst many mountains. They rise from the lake like massive green furred monsters, always present, impossible to ignore.  This is a story about the most malevolent trail in town. The wickedest of them all, little more than a drainage line, a crack of doom. If you stand at any intersection on Main Street and look towards the lake, one mountain dominates your vision, spreading outwards and upwards from the water, like a sullen, moody old man. 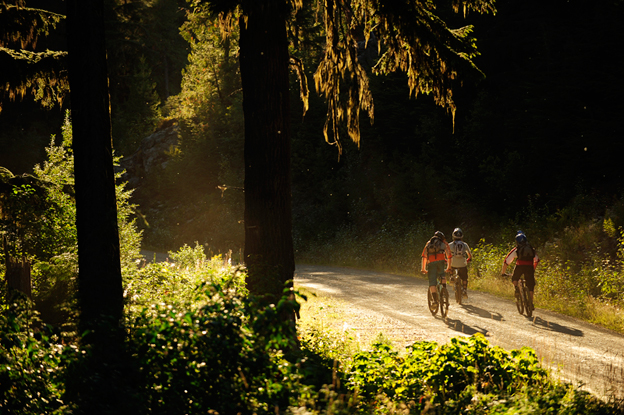 On this mountain there is a trail. The bottom section is the most well known hiking route in town, “Pulpit Rock.” This trail was built more than a century ago to reach the prime vantage point of the rock itself, a large lump of granite that protrudes from the mountainside like a bony elbow.  I enjoy the moment when I am running errands downtown and pause to take a good gander at the mountain across the lake. Pulpit Rock is not the summit. No, that lies far above. 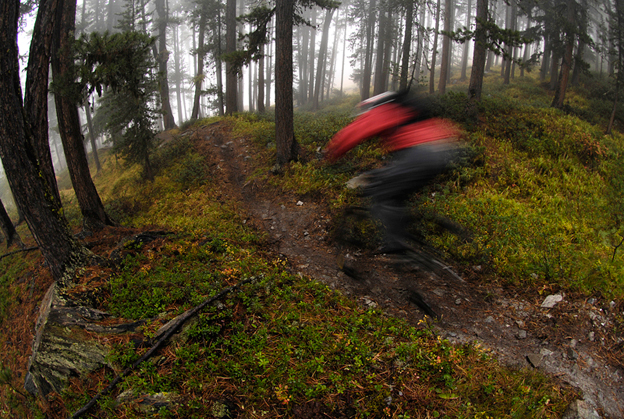 There is a beauty trail downwards from Pulpit Rock. However, there is a less traveled route from the highest point that is possible to descend by mountain bike.  That trail is known as Elephantitis.  It gets ridden, but until last summer, mostly by the brave few. It was much more common to ride Bedframe, or Placenta, or the Bag. The trail far above Pulpit Rock has always been the type of trail that rests in the back of your mind, like a dark cloud forewarning a storm.

The reason Elephantitis didn’t get ridden often before last summer was the middle section. The “Middle” begins once you have descended the first thousand vertical feet of fast, tight, earthy singletrack that greets you from the top. After descending for thirty minutes or so you reach an epic outlook over the city.  It’s always been a little hard to enjoy this fantastic view, because trepidation festers in the brain like a cantankerous growth. The “Middle” awaits. 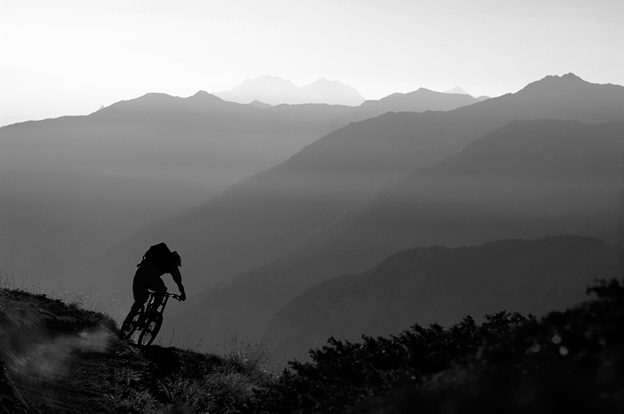 Last summer two locals set out to fix the fear, and built a stealthy and cunning new route that skirts the ass clenching steepness of the “Middle.” Nobody had an excuse anymore, everyone had instead an eagerness to ride a world-class four thousand foot descent without being afraid of the mid section.

The “Middle” commands much respect. The ‘Middle’ is little more than a Billy Goat Gruff’s route, a hiking trail never intended for bicycles. It is more akin to a debris slide than a trail. It is the steep hill, or nasty creek bed, or loose corner that plagues your favorite trail, but on anabolics. The “Middle” is the opposite of an oasis. It is ushered at each end by pristine singletrack, but it is itself one thousand vertical feet of jagged nastiness.

Locals have attempted it, myself included, and some success has been had. There are myths of Nelson natives dropping in to sections akin to earthquake rubble. Tales of triumph exist, countered by the stories of those who were beaten. 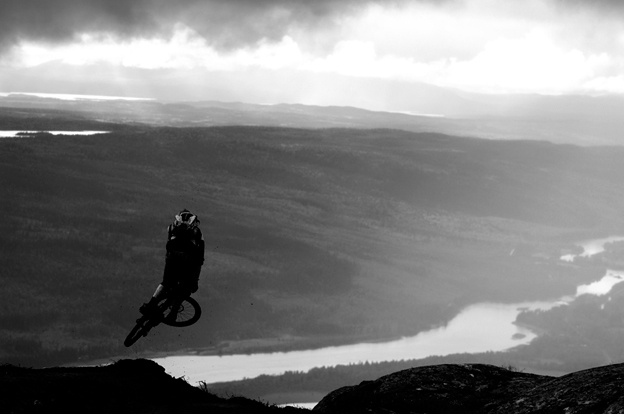 In the future “Elephantitis” will get ridden way more than it used to thanks to the reroute. Riders of various skill levels will get to ride a true new Nelson classic, starting high, finishing low, long and sinuous amongst many boulders, on good earth.  They will cruise that first three kilometers of rapture and take a break at the “View Spot” blown away by the ride thus far and how high they still are above town. They will continue onwards, following the tire tracks that lead to the right, on a well-beaten path. Many will miss entirely the evidence of another, less blatant trail heading left from that same point. They will continue, smiling happily. Not knowing that they just passed a trail that holds the cold chill of destiny in a rocky grip.

Others will know, but will not even consider veering from the new paradigm. And there will be a few, the crafty locals, the Nelson Brethren, who will acknowledge and swap stories of the “Middle,” of the car sized boulders, sheer vertical, the wall of death. They will argue that it can be ridden, on the right day, with the right bike, with recent rain, tackiness, dry rocks. 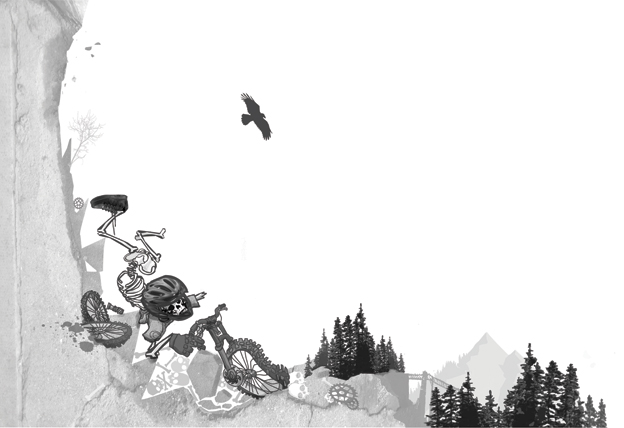 But in the end they will put foot to pedal, hands to bar, and continue onwards, down to Pulpit Rock on the new, very enjoyable re-route.  All those who know of the “Middle,” of the choice riders face at that critical trail intersection, will take the time to pause while strolling on main street and turn their eyes to the looming mountain, to Pulpit Rock, and what lies above; to the impossibly steep, granite sneer of the face that steepens the mountain’s drooping shoulder.

Looking across the lake at the ‘Middle’ is a metaphor for the David and Goliath struggle. The tear jerking, sweat and bone hardship of challenge, the rewards of pushing ourselves.
They will turn their eyes back to the street, continue on, knowing that right across the lake there just may be a section of trail that is as gnarly as anything else out there. We all know someone will one day clean it. The “Middle” beckons us.

Is there a trail in your local network that has a section like The Middle? Have you conquered it?  Has it conquered you?  Tell us about that and let us know what you think about Riley’s article here…

Check out some info on Rilor Wilderness Mountain Biking – a civilized way to ride in wild places.