WHISTLER, BC August 15, 2009 – The Canadian Open Enduro lived up to its name as the toughest completion of the week for both pro’s and amateurs.   The emerging event concept put some of the world’s best downhill, freeride and cross country riders through the paces with a gruelling top to bottom race in the Whistler Mountain Bike Park. 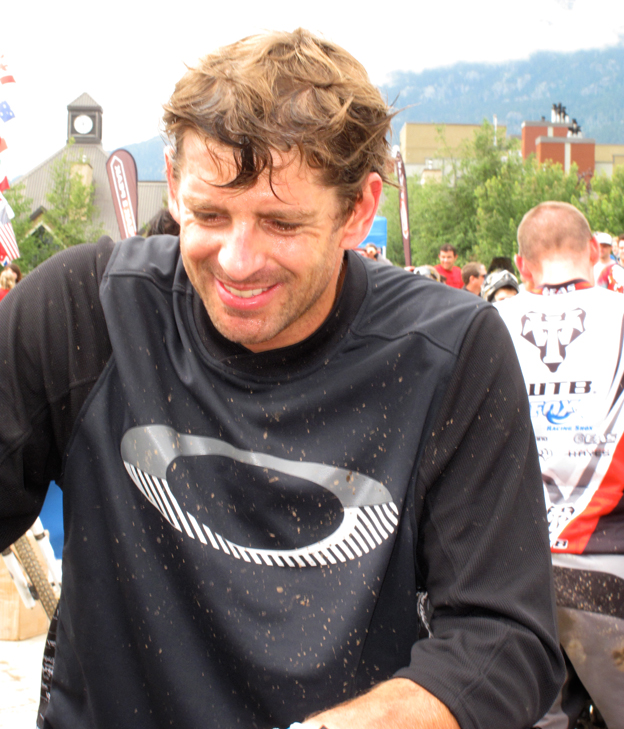 Wade Simmons thought the Enduro was a nice way to spend an afternoon – although he failed to finish because he broke his chain.  Photo ~ Malcolm McLaws

Brian Lopes proved his supremacy with yet another win on the Kokanee Crankworx stage; he was the only rider to finish in less than 20 minutes and took first in the Pro Men category against Whistler locals Matt Ryan in second and Chris Johnston in third overcoming an early charge by Whistler’s Richie Schley. 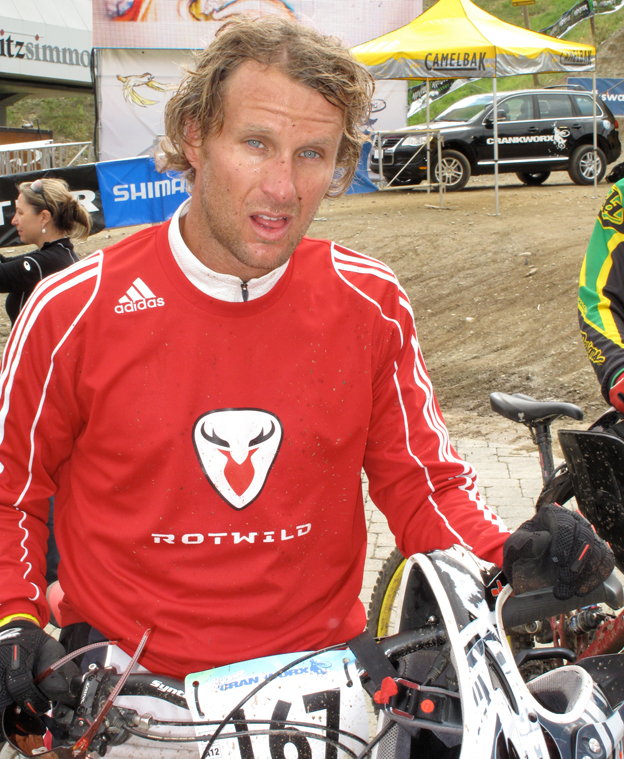 “I spent a pretty sleepless night trying to figure out how to stay on Brian’s wheel,” says Matt Ryan, who played a role in the design of the course route. “Brian showcased some amazing riding out there.” 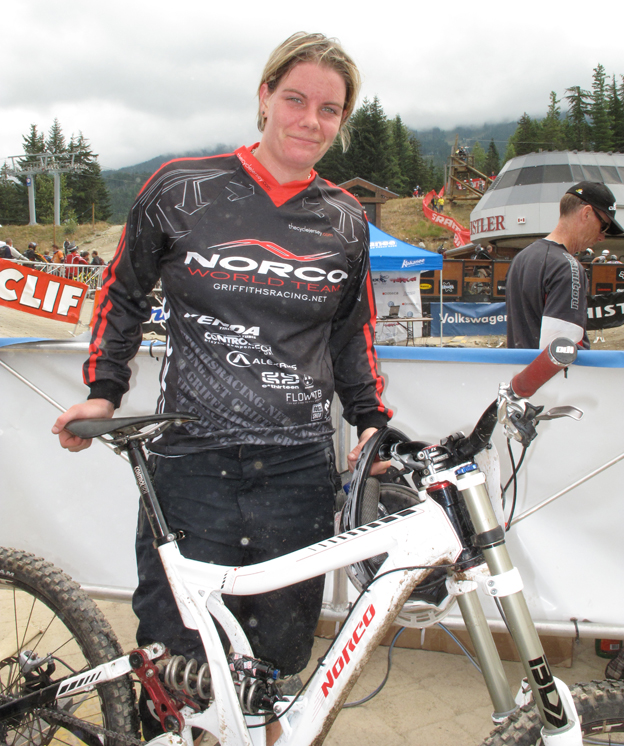 Fionn Griffiths, of Great Britain, took first place in the Pro Women’s category but it was a battle hard won.  She rode a full downhill rig, the Norco Team DH, but despite having put a cross country cassette on to assist with the uphill sections, they were a struggle.

“I haven’t done a race like this and it required a lot of endurance,” says Griffiths. “It was not fun while I was doing it, I was yelling at myself all the way down like a crazy person.  There was one bit when we came around a tight corner and there was a huge hill I wasn’t expecting.  My legs just died, I had to get off and walk for 45 seconds. Three people passed me but I was able to pick them off on the downhill sections and get to the bottom first.” 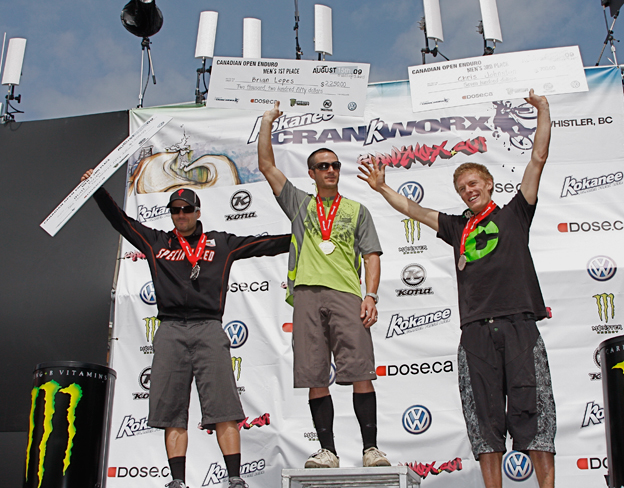 Griffiths placed first with Melissa Buhl of the USA coming in second and Emmeline Ragot of France placing third.

The Canadian Open Enduro was a new event for Kokanee Crankworx and was designed to be the ultimate all-mountain challenge where gravity alternatively helped and hindered the racer.  The top racers proved there has to be a complete package of skills and fitness to rule the Enduro. In developing the course, significant input from some of the world’s best cross country, freeride, downhill and Enduro riders was taken. 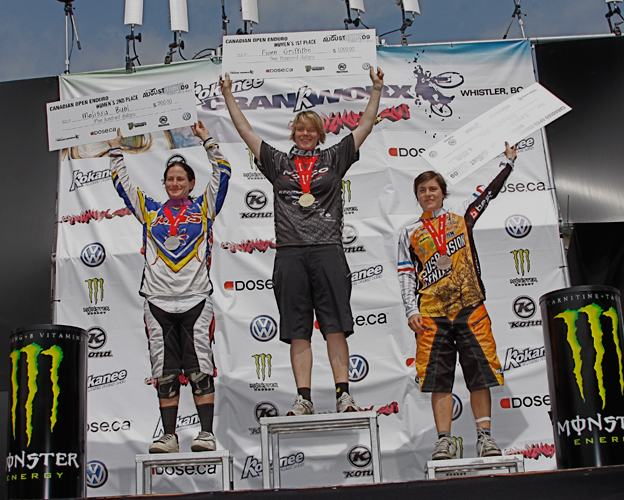 The Canadian Open Enduro was a one run, mass start race based on individual categories and as expected, downhillers mixed it up with cross country riders. The course began at the top of the Garbanzo  Zone starting with a short lap around the Chic Pea Lodge and then a high speed peddling section into a single track descent.  Overall, the course dropped a total of 3,800 feet with 400 feet of climbing interspersed, differentiating the race from traditional downhill events.

Next up today is the Monster Energy Slopestyle. This event will also be webcast with all the action getting started at 2:50pm Pacific Standard Time with the finals getting underway at 5:30pm. Due to a weather delay on Thursday night, the VW Best Trick will also go down through the qualifiers and finals for the Slopestyle. In this peer-judged contest, the rider who pulls the sickest trick of the competition will go home with $6,000. With a total prize purse of $38,000 on the line today’s event is going to be all time.