WHISTLER, BC, August 9, 2009 – Justin Leov beats the dust, and the rest of the field to take top spot in the Monster Energy Garbanzo DH at Kokanee Crankworx 2009. With only one run to make their mark and over 330 competitors over all, there was no room for error. 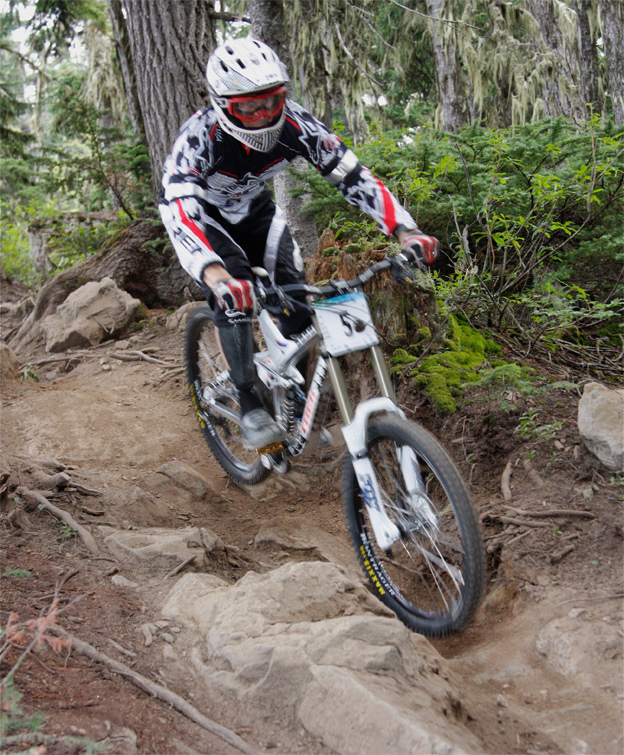 The Monster Energy Garbanzo DH descends nearly 3,400 feet from top to bottom, through some of the most challenging and aggressive terrain in the Whistler Mountain Bike Park. “Riding smart was key today,” says Stacy Kohut, announcer and longtime 4-cross racer. “Justin and Miranda both played it right and came out on top.” 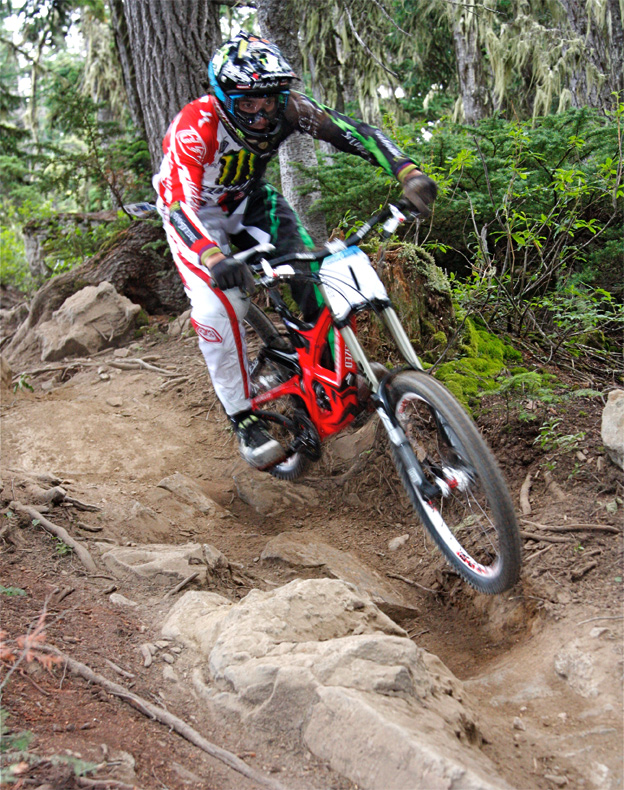 “I held it pretty solid and then during the last minute I really smashed it,” says Leov, first place winner of Pro Men. “Near the end I was just holding on and it worked out.” 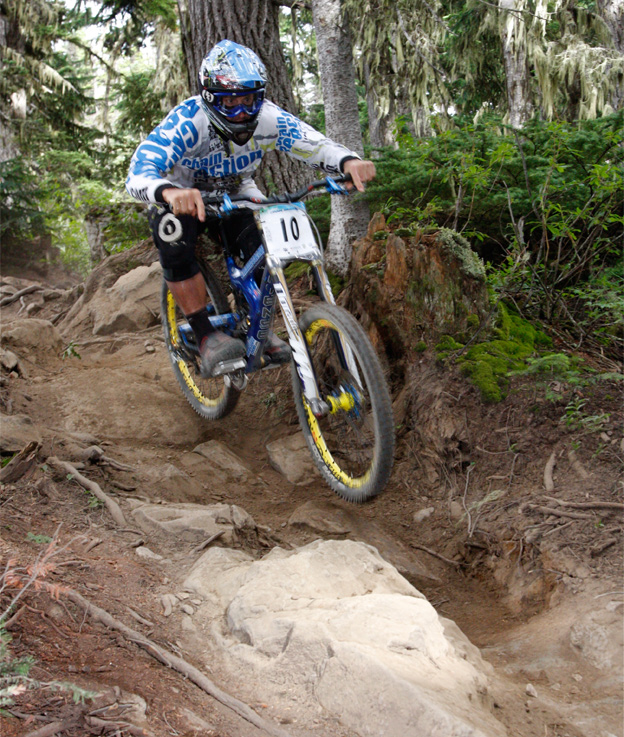 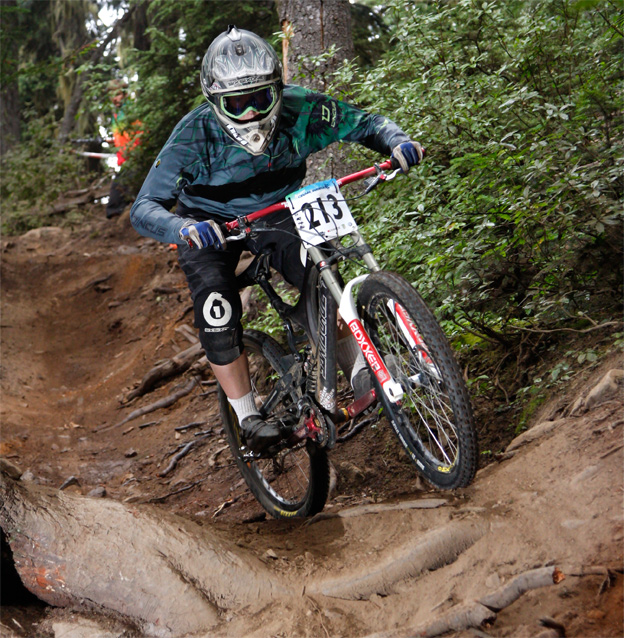 “I just tried to make sure I pedalled hard out of every berm,” says Miller, first place winner of the Pro Women category. “It was a little rough and studded but still, a really good course.” 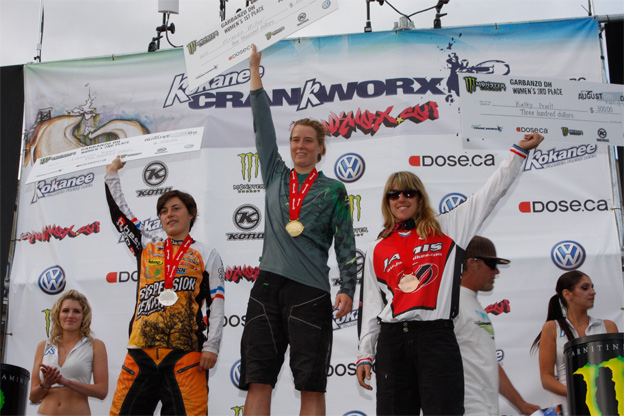 In the Junior Men category, an understated Luke Stevens kept up with the pros, laying down an impressive 14:47:58, taking the top spot. “I tried to keep it pinned and maintain my speed,” says Stevens. “I like to win with a bigger margin, but this is pretty good.” 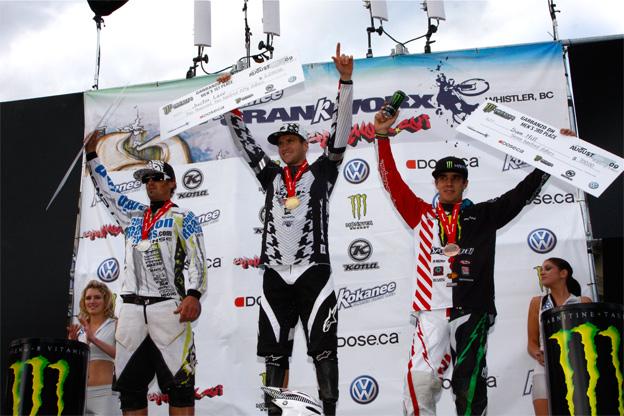 The Monster Energy Garbanzo DH was the highlight of day two at Kokanee Crankworx 2009. Day three of the eight day Crankworx Festival includes the Baia Brothers demos, WomenzWorx training as well as a massive village wide Bike Expo for all to enjoy.

For more detailed results and event information please visit Crankworx.com and make sure to add @Crankworx via Twitter for all the latest news.