There has been lots of buzz these days surrounding Specialized’s decision to return to DH racing.  It has been a long time since the hey day of Specialized DH racing when Shaun Palmer and Kirt Vories were riding for them,…oh and don’t forget “Insane Wayne” Croasdale!  The excitement is back now that Specialized has teamed up with Monster Energy to put bikes under Sam Hill and Brendan Fairclough. 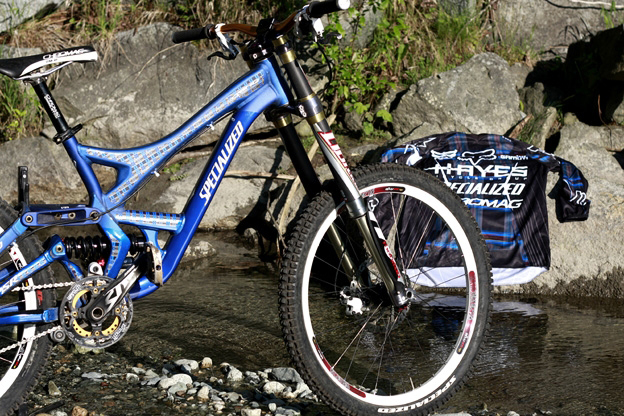 Obviously the product managers and engineers took it pretty seriously when these guys signed up.  It’s not like they thought, “hey let’s get a couple of dudes with cool accents to ride our bikes fast and bing bang boom we’ll sell bikes.” They knew that the current Demo-Design geometry design would simply not cut it at World Cup level due to its freeride based ancestry. Yet, when the engineers received feedback from Sam, it’s quite surprising to see how close the current model already was to a race bike.  With a few small tweaks, the SH Geo Demo 8 was born.

I’ve been a test rider here on the North Shore for Specialized for the past 6 years, so I’ve become quite familiar with their products, designs, geometry and suspension platforms over the years. For 2009, I decided to do things a bit differently and start up a race team oriented around product design / feedback but also pushing for solid race results.  In Mid April I received 4 Demo 8 Sam Hill Geometry frame. Four of us will be racing this season with Specialized as one of our main sponsors.  It was pretty cool to be able to ride this bike along with Team America and the Specialized Monster Energy team (as well as Curtis Robinson and Jerry Willows on team nsmb.com – Ed.).

I wanted to give a little insight on what happened behind the scenes to the new bike you will be seeing this year.  Here is goes.  At first glance only the keen eye can pick up on the subtle changes of the new bike. 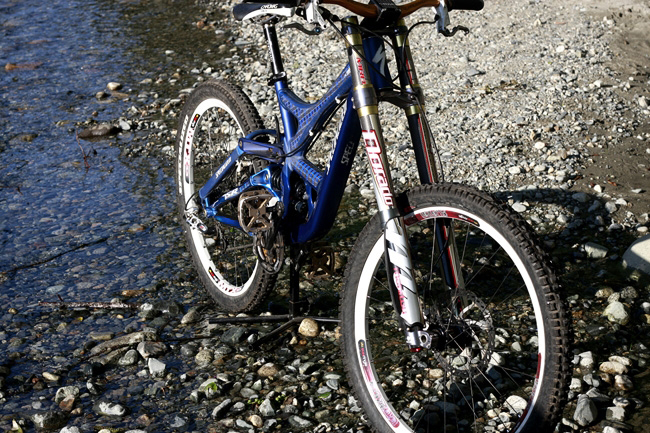 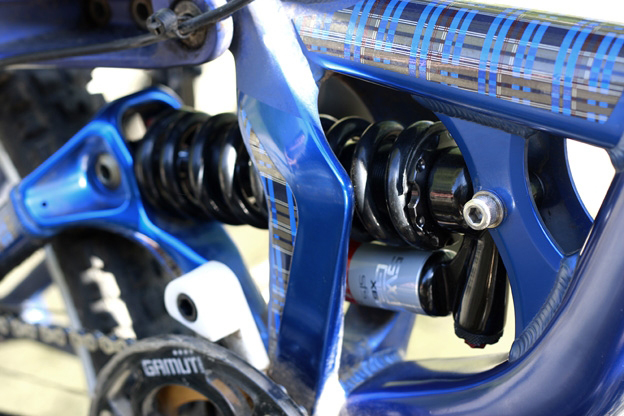 Another difference is the absence of the adjustable headtube/BB shock shuttle and the shock is now mounted directly to the frame.  This allows the BB to be close to an inch lower.  So far the only one who doesn’t like this is the bike’s cranks.  However, it makes the bike rail corners like you wouldn’t believe. 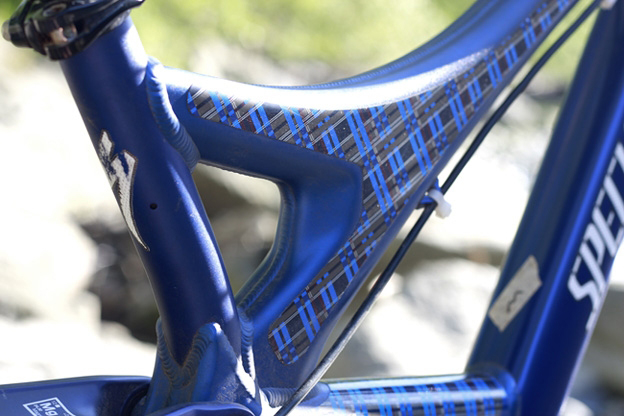 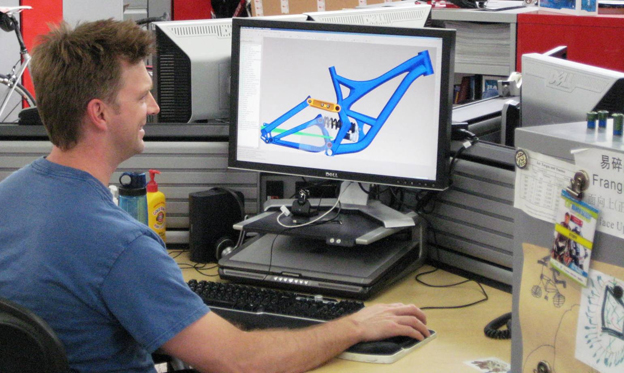 Then the engineering team took over to see the difference between the 150mm rear end vs the 135mm rear end.  This is the part I love about Specialized.  The engineering team manufactured multiples of both rear ends and then tested them extensively.  In the end they came to the conclusion that the 135mm rear end is just as strong and just as stiff but lighter.  Having the offset in the rear end gives you the same chain line/tire clearance as the 150mm so why not go with the 135mm? 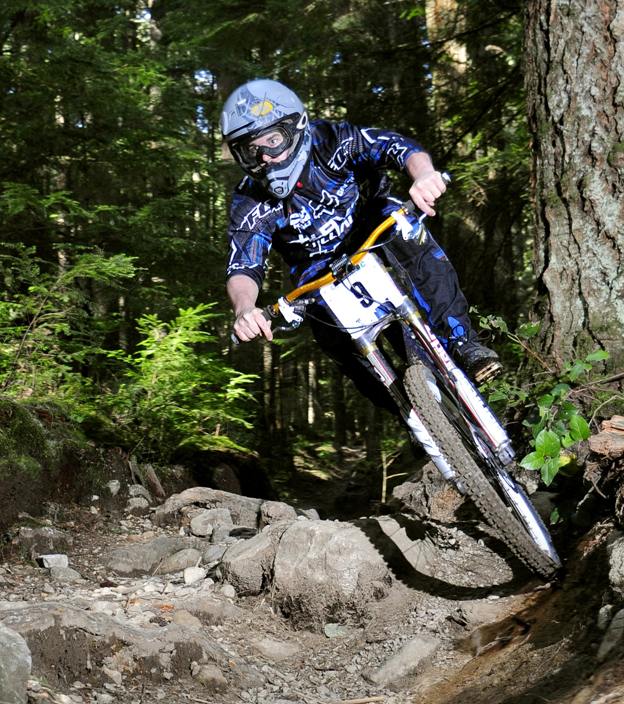 So how does it ride? The actual ride was like night and day in terms of immediate feel, but took no time to get use to.  When building up this bike I went with the 30inch wide bars and slammed the front end as low as she could go.  This put my weight forward over the front wheel to give me more traction in the corners.  In the end it’s a race machine that rails corners so well.

To follow the team this race season and keep tabs on when and where the bikes will be, check out brysonracingclan.com.  Come and see the bikes first hand.

I’m going to link this thread to the interview we did with Jason Chamberlain since it’s on a similar topic.   Want to heckle Jeff or ask some questions?  Roll in here…