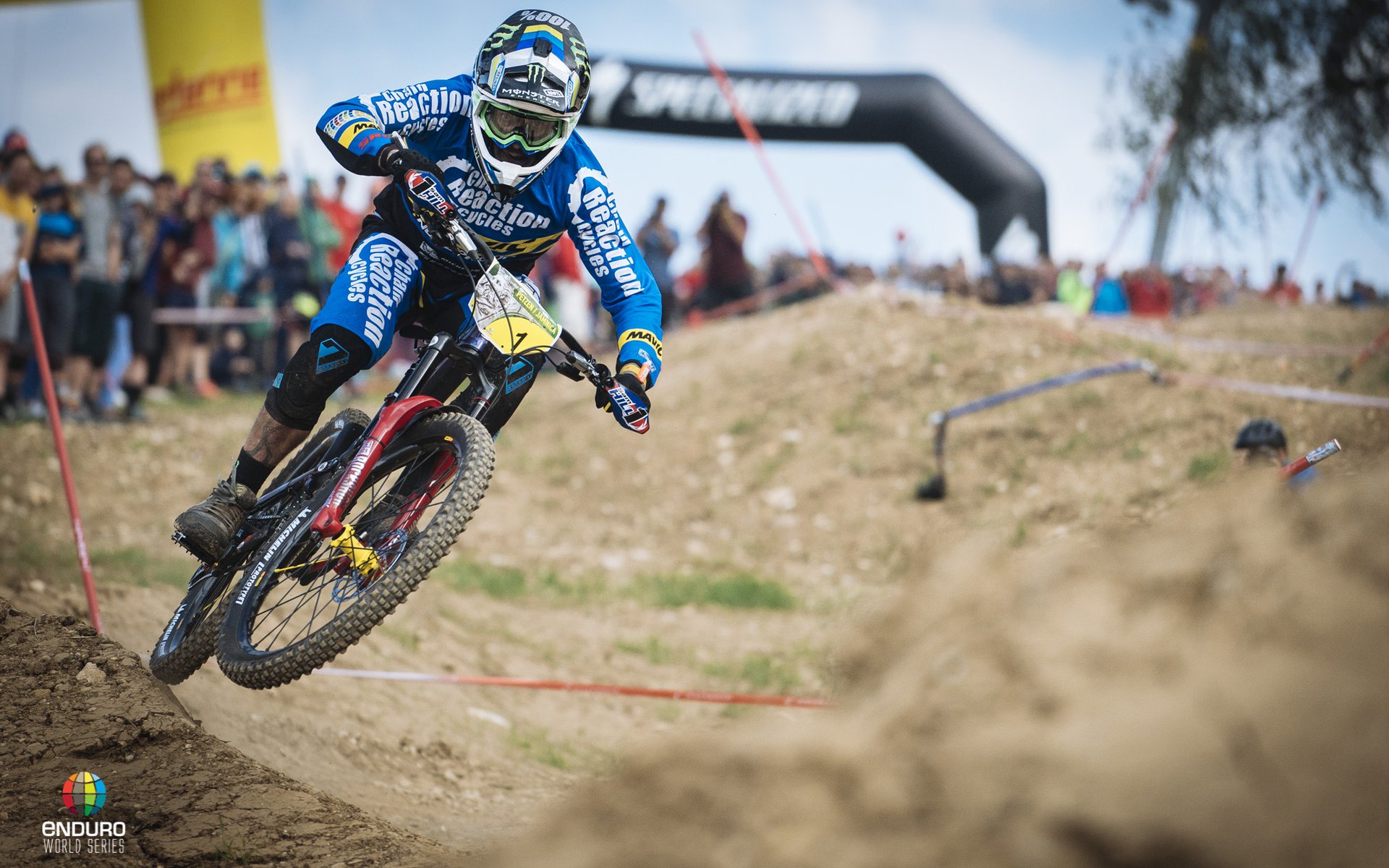 We're only halfway through the 2019 Enduro World Series but the announcement for the 2020 season has already landed—and it's a doozy! In what's turning into a common rotation, after hitting NZ and Australia to kick off 2019 racers will head back to South America for 2020. Manizales was wild in 2018, with wet conditions challenging the best in the world. Surely many have their fingers crossed for a dry one next year.

From there it's up to Chile for what's almost guaranteed to be a dry race (whoops, did I just jinx it?) in Lo Barnechea. Racers will then jump over to Europe to race Olargues in the south-west of France. Val Di Fassa, which we saw raced only a few weeks ago with follow. Petzen/Jamnica was a unique race, crossing a country border between race days (Austria and Slovenia) and will return for the fifth round of 2020.

The staple stop in Whistler will follow the European leg, giving riders a break from bread and cheese before firing back over to Switzerland for round seven and Italy, where the final round—the Trophy of Nations—will be held at another staple, Finale Ligure.

Full details and press release below.

The Enduro World Series (EWS) is excited to unveil its 2020 calendar featuring eight incredible venues across three continents, as the fight to crown the world’s best mountain biker starts all over again.

The series returns to South America to kick off the season, and first up it’s back to Manizales, Colombia for round one. Manizales first featured on the EWS Calendar in 2018, where Colombia offered riders the warmest of welcomes and some of the wildest racing of the year. Featuring an intense downtown stage through the heart of the city before transferring to the forests that flank the area’s hills, round one will offer up an electrifying start to the season.

Round two will move the series north back to the dusty landscape of Lo Barnechea, Chile. It may only be a short drive East of Santiago, but don’t let the city’s proximity fool you – the barren moonscape of the high Andes will offer up some of the most difficult and unpredictable terrain imaginable. Riders will be up against two days of racing under a blazing sun as they attempt to master the famous Chilean anti-grip.

It’s back to Europe for round three and Olargues – Montagnes Du Caroux.Situated in the South West of France, the venue also featured in the 2018 calendar, and is remembered for its rocky and technical trails. With a completely new course lined up for the 2020 edition, riders can expect some classic French racing that will push their bike handling skills to the limit.

Staying in Europe, it’s back to Val Di Fassa in the Italian Dolomites for round four. Making its EWS debut just this year, Val Di Fassa is already cemented as a rider favourite. Stunning views, long, physical stages and some welcome lift access ensured that there was never any doubt that the series would return to this incredible venue for another slice of classic Italian racing.

Round five is another venue that’s preparing a new course for its second appearance on the EWS circuit – Petzen/Jamnica in Austria and Slovenia. Featuring trails that cross between both Slovenia and Austria, this round made it’s mark last year when it came second in the Specialized Trail of the Year competition  for Thriller, the 6km long trail that served as the nail biting climax of the race here in 2018.

The series then crosses the Atlantic for round six, to the inimitable Whistler in Canada. The iconic Crankworx round barely needs an introduction, such is the legendary status of the world’s largest mountain bike festival. Long trails, huge crowds and some of the rowdiest trails on earth make Whistler a fan and rider favourite every year.

We’re really proud to announce our seventh season with a calendar stacked with iconic venues - it’s one of our strongest to date.  We have developed some great and long-standing partnerships now with these organising groups and it’s exciting to see the sport go from strength to strength. – Chris Ball, Enduro World Series Managing Director

The series will draw to a close beneath the shadows of one of Europe’s most iconic landmarks, the Matterhorn. For the second time in its history, the EWS will finish in Zermatt, Switzerland. Round seven will provide a suitably dramatic finish to the season, as racers battle one last time to be crowned the series champions amongst some of Europe’s highest peaks.

The EWS then turns its attention to the hunt for the rainbow jersey and the all important Trophy of Nations which will again take place in the beautiful Finale Ligure, Italy. This celebration of the sport sees Industry, Rider and Nation trophies up for grabs at the biggest race of the year, all set against the stunning backdrop of the Italian Riviera.