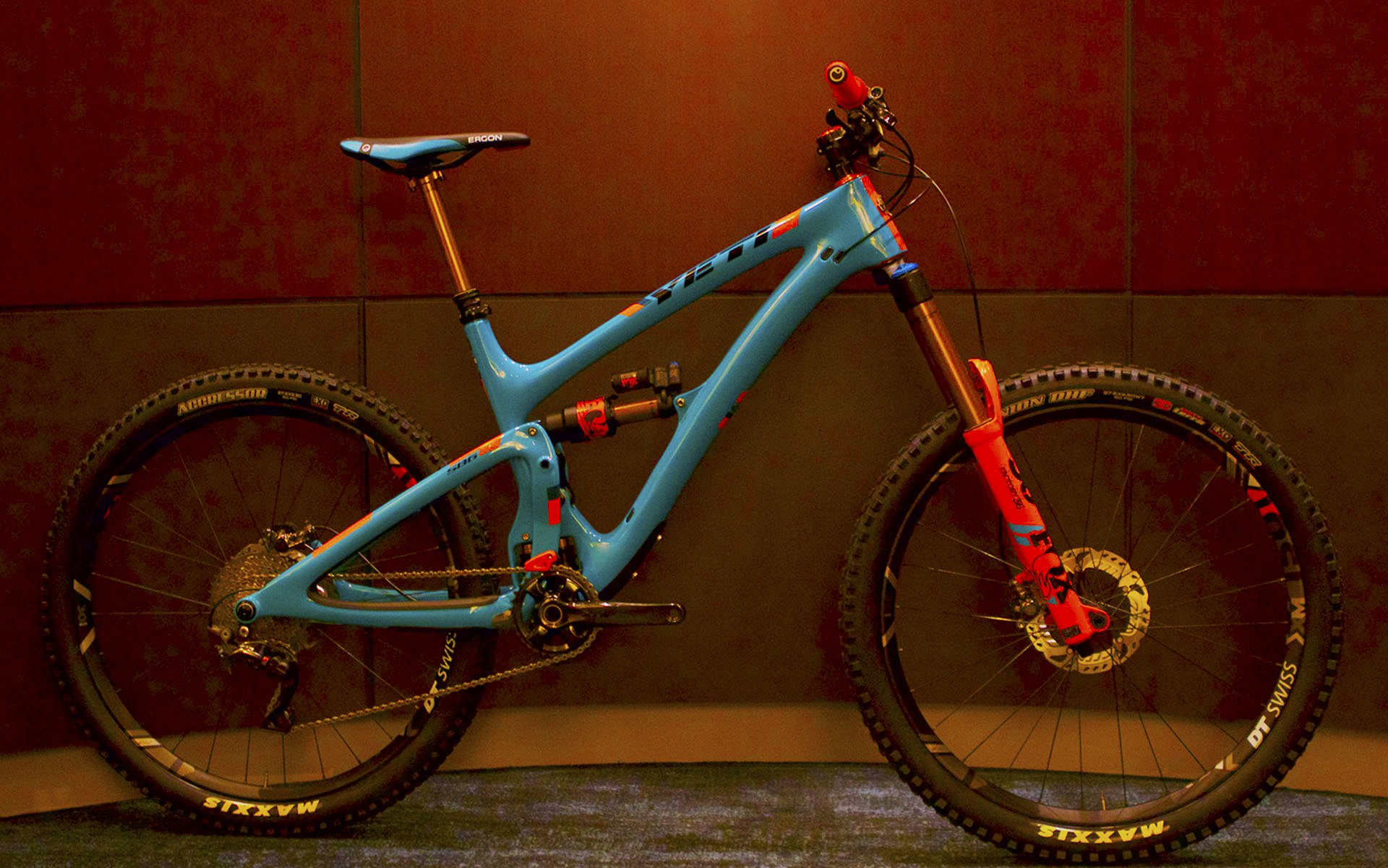 InterBIKE of the day

Even Bill Gates couldn't buy Lewis Hamilton's 2017 F1 W08 EQ Power+ car. The closest you could come would be to pick up a 2019 Mercedes-AMG Project One for the bargain price of €2,275,000. But actually you can't couldn't even score one of those because there are already 1000 buyers lined up for the 275 cars scheduled to be produced.

Yes, mountain biking is expensive and increasingly so as the intrusion of technology advances, but you can purchase the MTB equivalent of Lewis Hamilton's ride for a fraction of the cost of the carbon fibre in the Mercedes' wings and bodywork. Yeti is releasing a bike that is as close as possible to the SB6 Richie Rude has competed in for most of the 2017 EWS season (he rode the SB5.5 in Aspen) complete with a coveted orange Fox FACTORY 36 - and you can get your mitts on one if you're willing to drop the cash. At least the first 150 of you can. 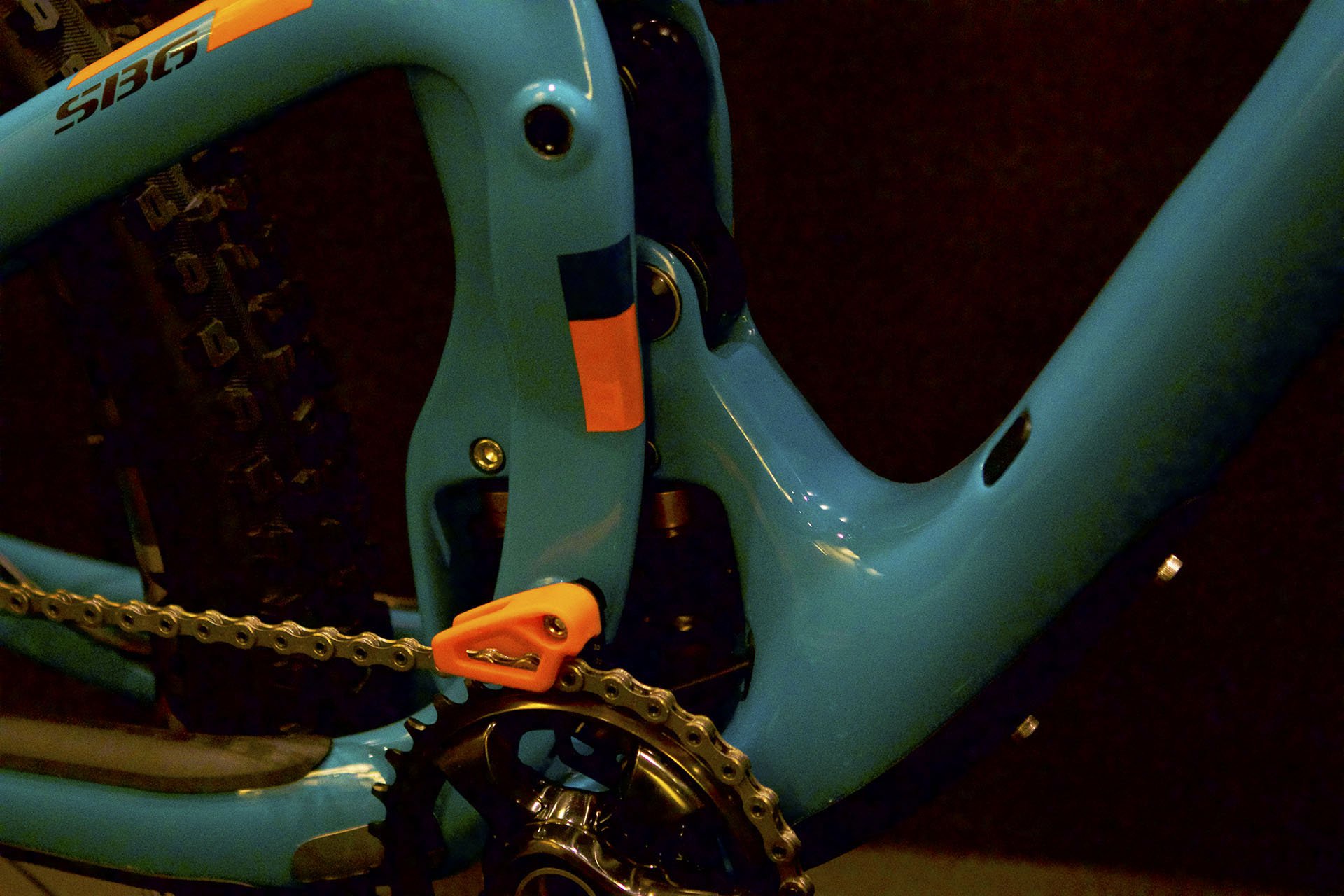 A tidy little OneUp guide, just like the one Richie uses. Originally this was something built just for the Yeti team but now you can buy it from OneUp. 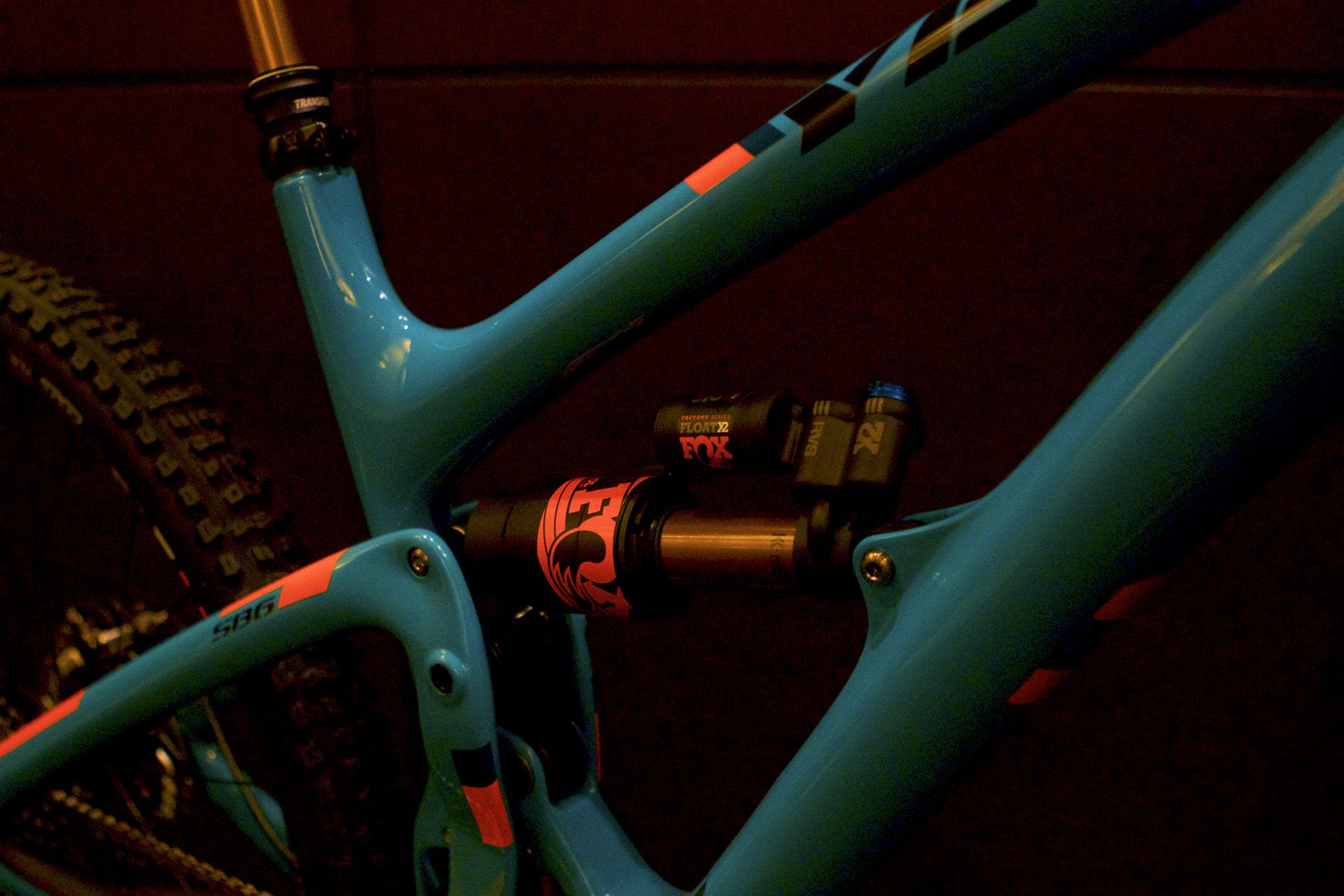 Other Yeti models ship with the Fox FLOAT DPX2 rather than Richie's DHX2 which features high and low speed compression adjustments but only a two position climb switch. 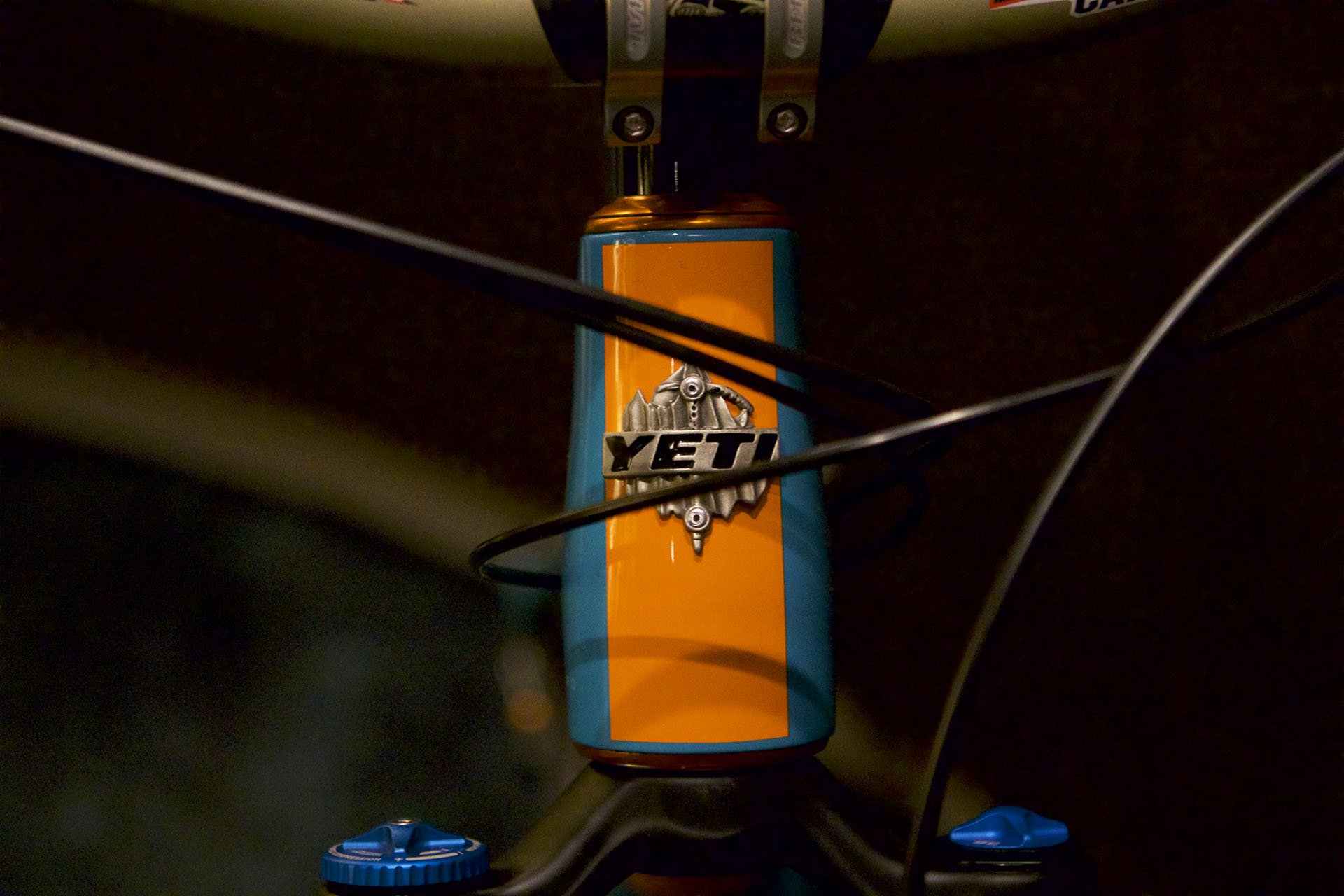 Is there a cooler headtube badge in the business? Chromag and Moots are pretty sweet and I like the stylish new Santa Cruz badge but Yeti's got some pretty deep heritage. The real deal is in the road world however... 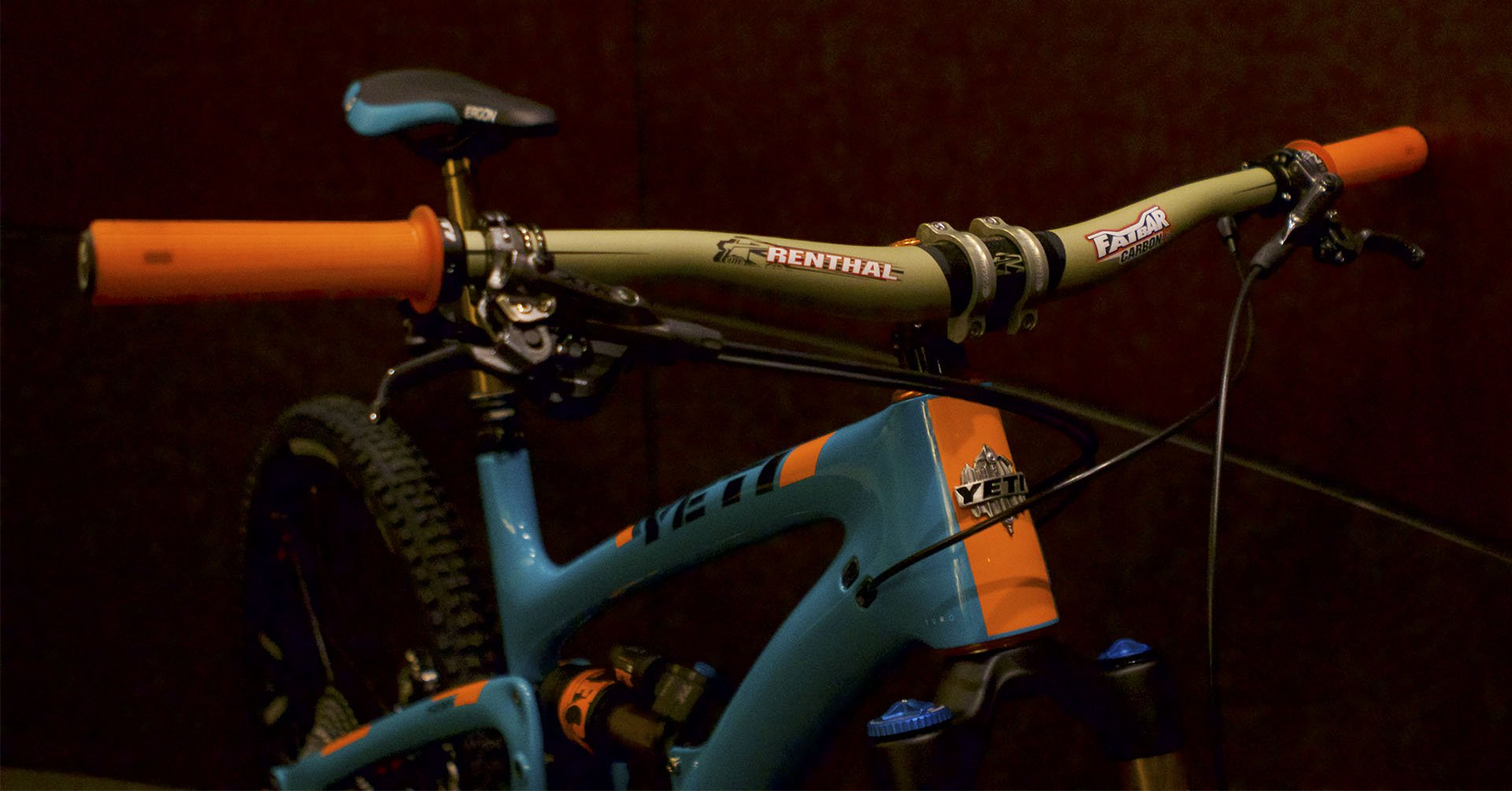 This is just how Richie and Cody Kelley roll and these are their grips of choice - Ergon GD1 Factory. Interestingly Ergon says the GD1 grips are designed for  DH and the GE1 Factory are for enduro(!). 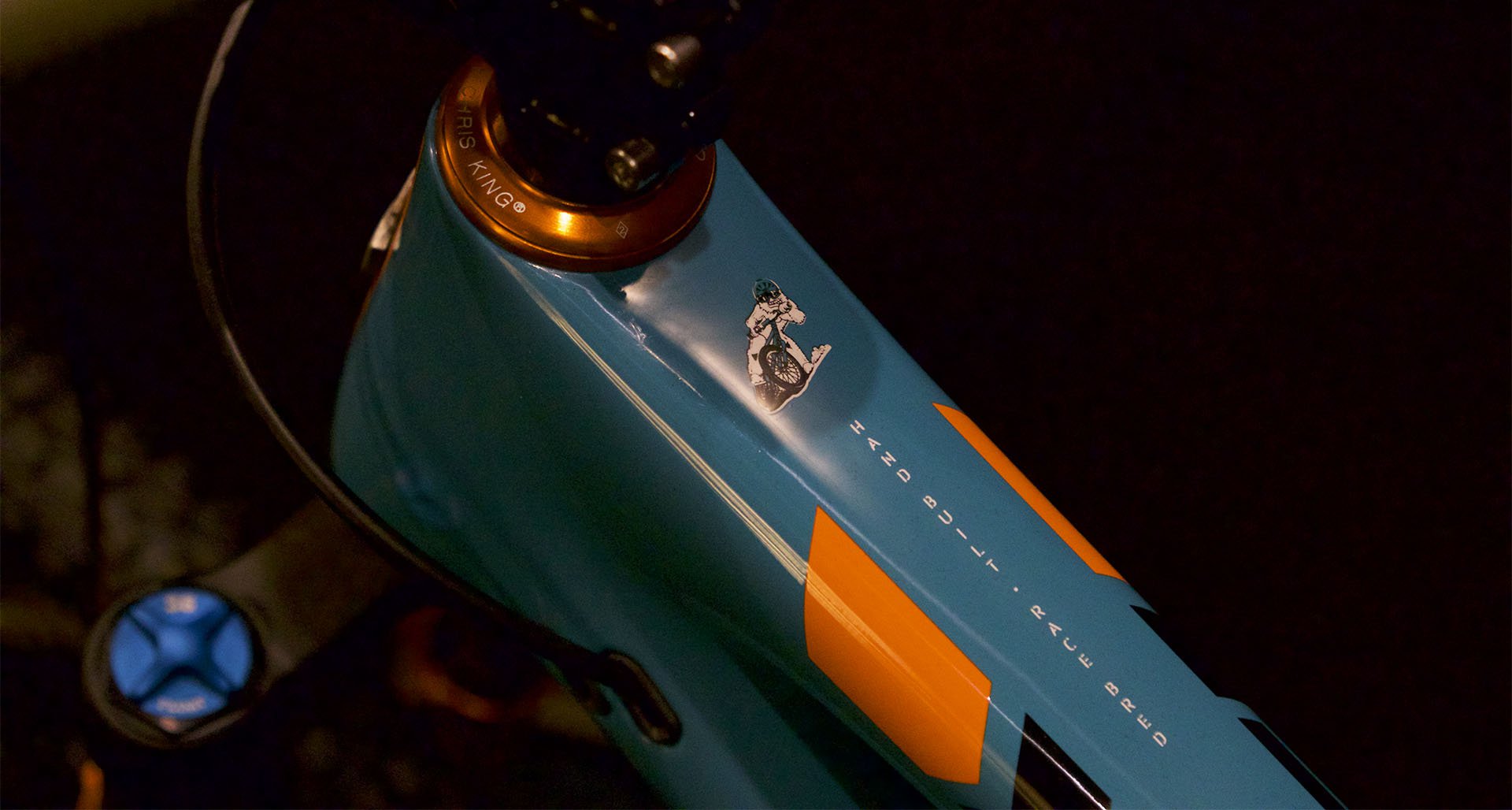 This rad little dude and a Mango Chris King Headset. 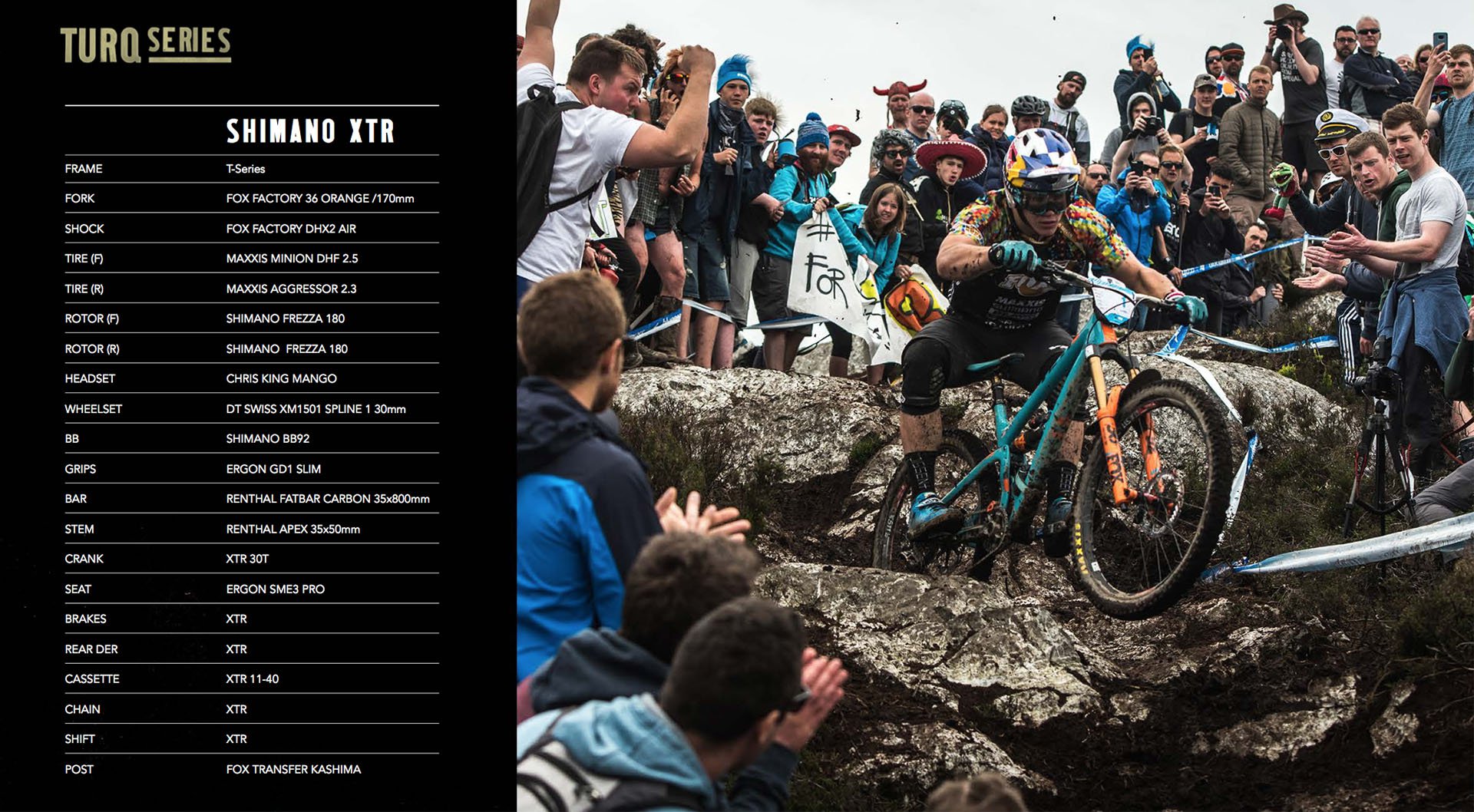 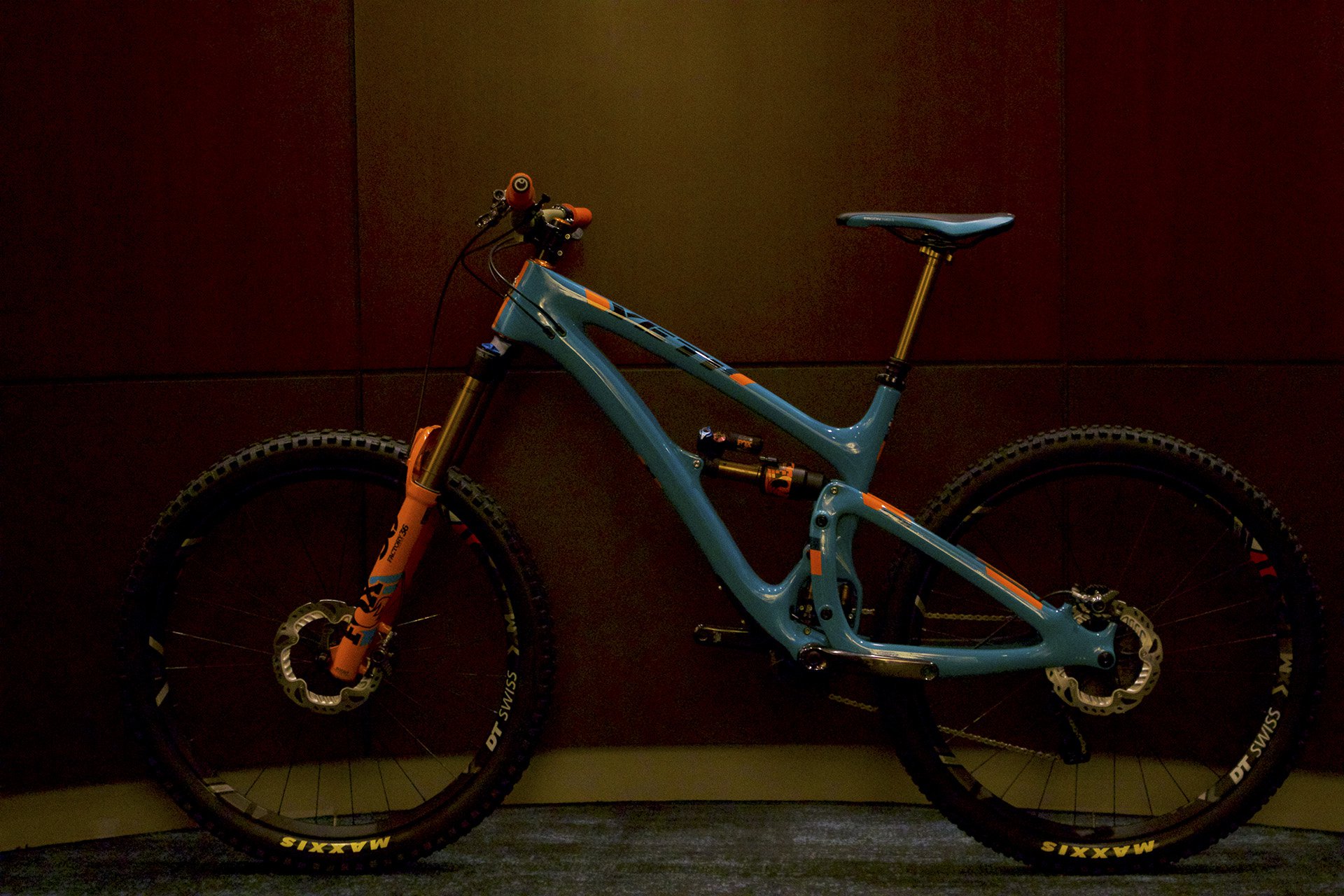 In a dark Vegas hallway... cool wind in my hair... 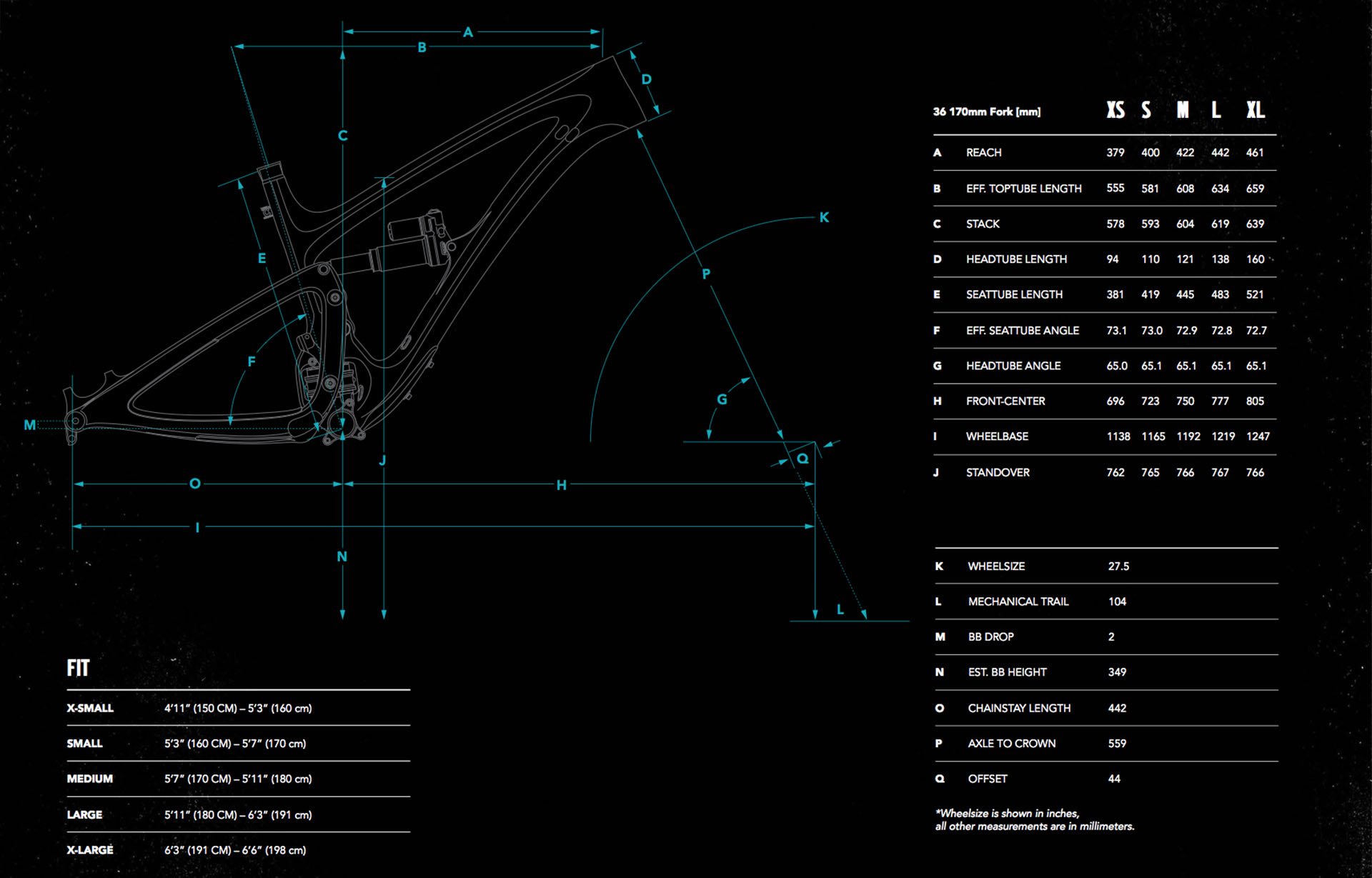 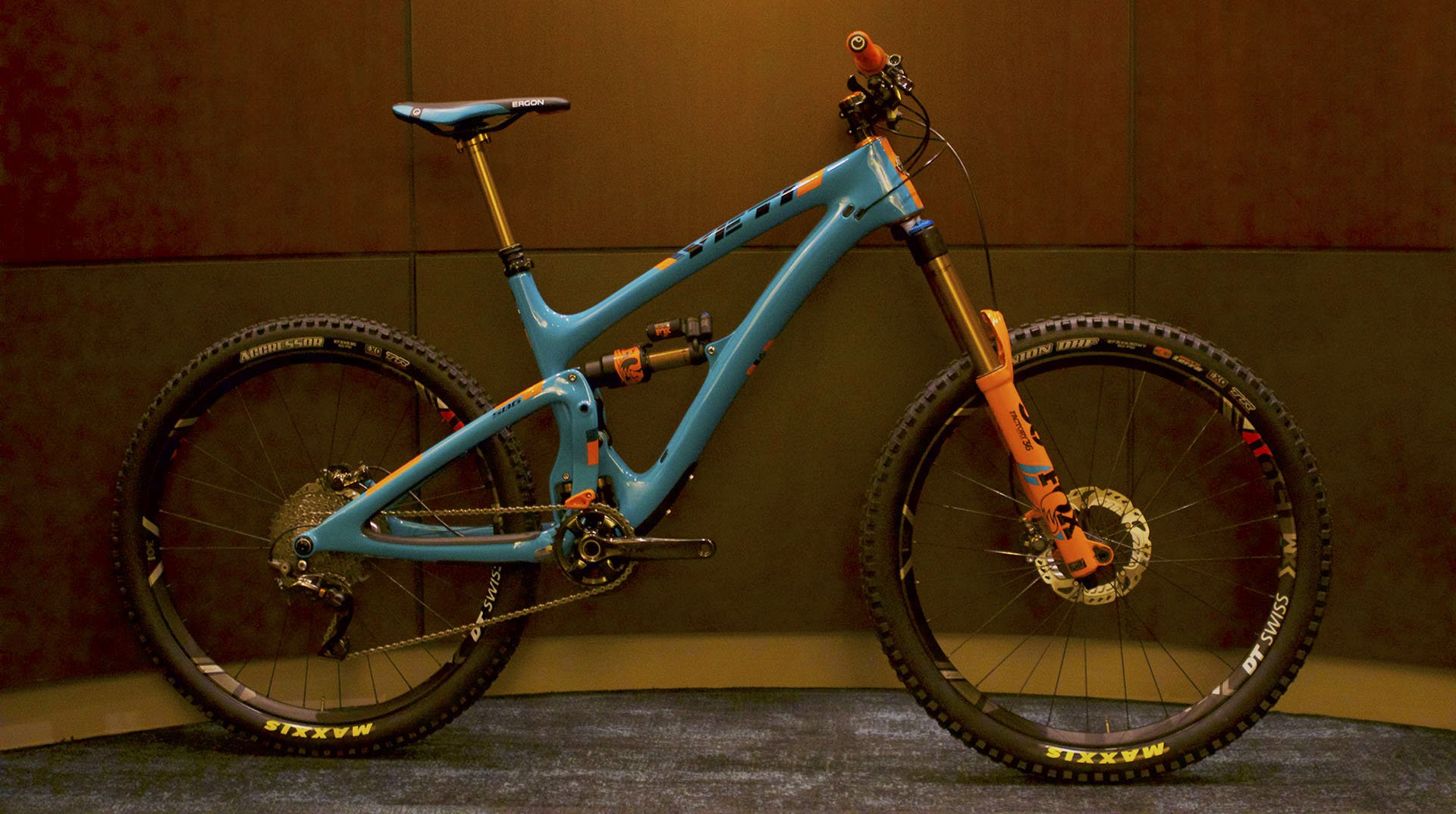 Richie bounces on 180mm of front travel and the stock SB6 bikes (Turq and otherwise) get 160 up front. The Team Replica splits the difference with a 170mm Fox 36 Factory with the FIT damper.

Yeti manages to keep this bike under the five figure mark but you won't get carbon wheels for your US $9500 - and it's not even an option from Yeti because that's not what Richie and Cody ride. But if you're dropping almost 10k...

Canfield is on the list of great head badges too.

Also find it funny that the team replica isnt shipped with a 180mm fork. like rude is running his frame out of warranty or something.

Does Fox offer the 36 stock at 180? I think only in 26 so that could be part of the issue. Another explanation is that many riders may not appreciate the way the bike rides - particularly going up - with all that travel. 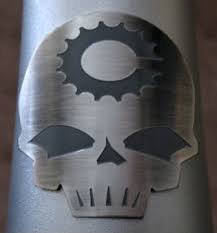 interesting note on the fork. i just looked that up and it looks like the consumer version that is 180mm is only for 26 ( #26forlife )

I've been using a 180mm travel 27.5 36 since 2015 and no the bike isn't more raked out than running a 170 or 160. Once the sag is set you just end up with a lot more negative travel, which works great for keeping the tyre on the ground and a much bigger air chamber to dial in the spring curve you want.

this is the lamest replica bike ever and you can build a better bike for less money! Also it makes no sense to do a limited run of a bike that only uses off the shelf components!

the article says "closest to richie's bike as possible" yeti should have used saint brakes (which is what Richie uses) instead of xtr, cheaper and better! I really like Yeti bikes, but this one is pretty lame!

To be fair Marcel - they don't call it Richie's replica - that was me simply because it was the SB6 they used as the platform. They call it a team replica and it seems to be a combo of the parts Richie and Cody use.

Without the suspension the race team is using it's not much of a replica.

Really? Because of 10mm of front travel? Personally I'd prefer to have it in 170 form rather than having it even more raked out.

Probably more a reference to how different the RAD dampers are compared to a stock Fox factory with an orange livery.

let's face it we would all complain that the rad damper Mr. Rude uses is probably too harsh for us mortals.