It may not come as a huge surprise that the 2017 Specialized Enduro is new, and available as of today. Since its introduction in 1999, the Enduro has held a very prominent spot at the top of the All Mountain pantheon. In fact, the Enduro was Enduroing before the word Enduro was perverted and pretzeled into a synonym for regular ol’ mountain biking.

In 2014 & 15 almost all of the major manufacturers released a new 160mm (+/- 5) bike. Except Specialized. Their last update to the platform was in 2013, when they brought it out in a 29″ version that redefined many people’s opinions about the capability of 29ers with long legs. But there was also the 26″ version – and then a 650b version followed. So the incumbent Enduro has a few seasons in it, but wasn’t yet showing signs of age or outdatedness – and yet it felt like time for a refresh. 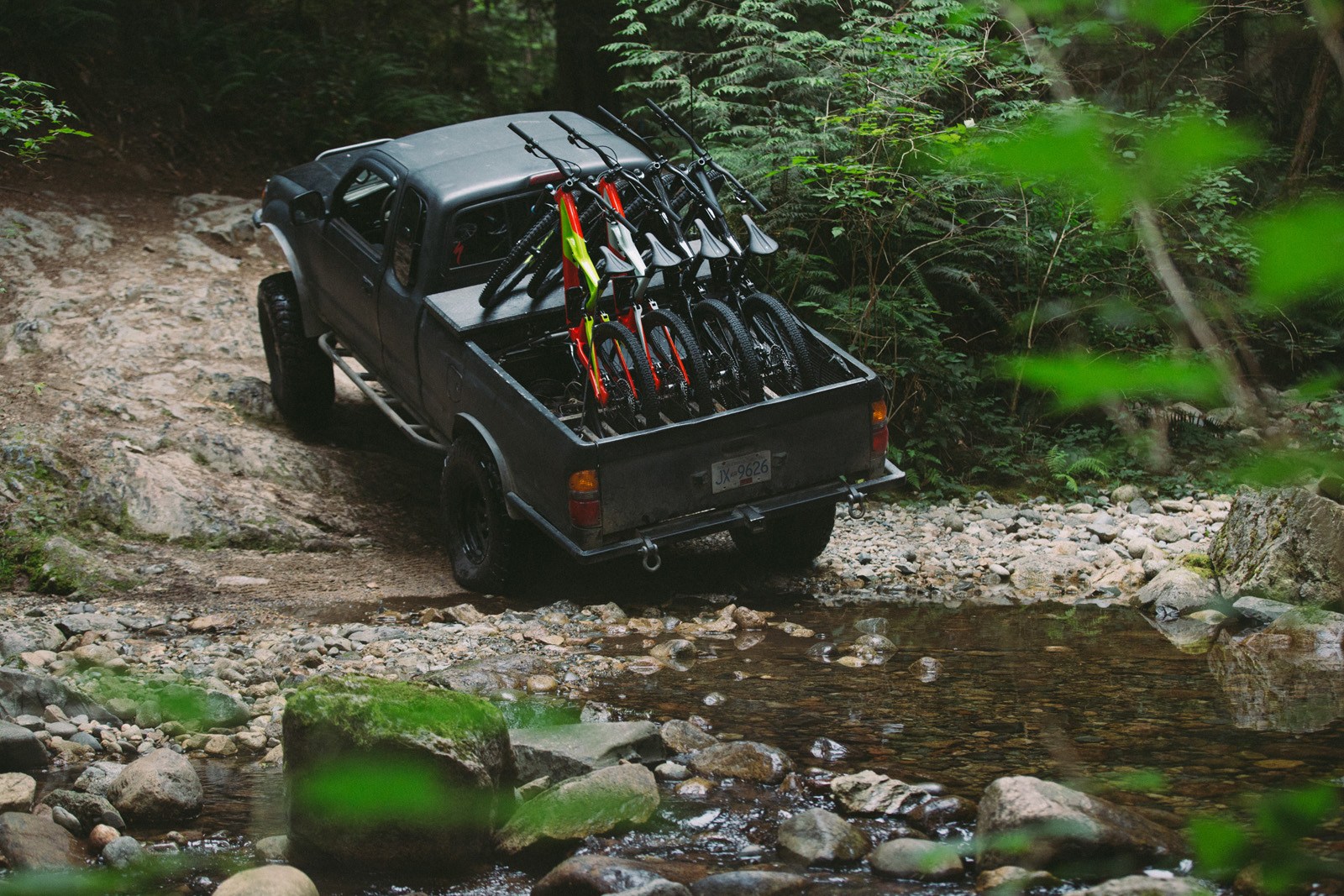 And that’s why there are no bumpers on Dylan Dunkerton’s truck.

To introduce the new bike, and give us a chance to preview it, Specialized invited us to the home of the Coastal Crew – the Sunshine Coast of BC – to ride for a few days and get acquainted with their latest introduction.

At first glance, some of the changes may not be obvious (at least pertaining to the frame), but that tells me two things: one, that the pre-existing Enduro was such a good bike that drastic changes would be unnecessary – and risky. And second, that if Specialized was rolling out a new Enduro, they must have made some significant refinements, whether they were obvious or not. Let’s have a closer look.

The first thing to note is that there are two models: the 2017 Enduro 29/6Fattie and the Enduro 650b. Here’s what they have in common:

And here’s how they break down in terms of distinctions:

All right, so two distinct bikes based on wheel size variations. Let’s get into geometry…

Remember when I said that the Enduro wasn’t as old in the tooth as you might think? Well, unlike every bike rollout we’ve seen for the last few years, the Enduro is the only one that hasn’t received the full LLS treatment (Longer, Lower, Slacker). The 650b Enduro keeps the same 65.5 head tube angle and gets 3mm longer chainstays, bringing them to 425mm. Reach stays similar. For the 29/6Fattie Enduro, the head angle does change significantly, from 67.5 down to 66 degrees, and the stays measure 432mm, but they were already short for a 29er in the last iteration. Shock eye to eye and stroke remain the same but the suspension tune has been tweaked to keep the serviceable range tighter and easier to dial in.

See more detailed geometry for both bikes below, including detailed BB height info based on different wheel and tire sizes (nice attention to detail). 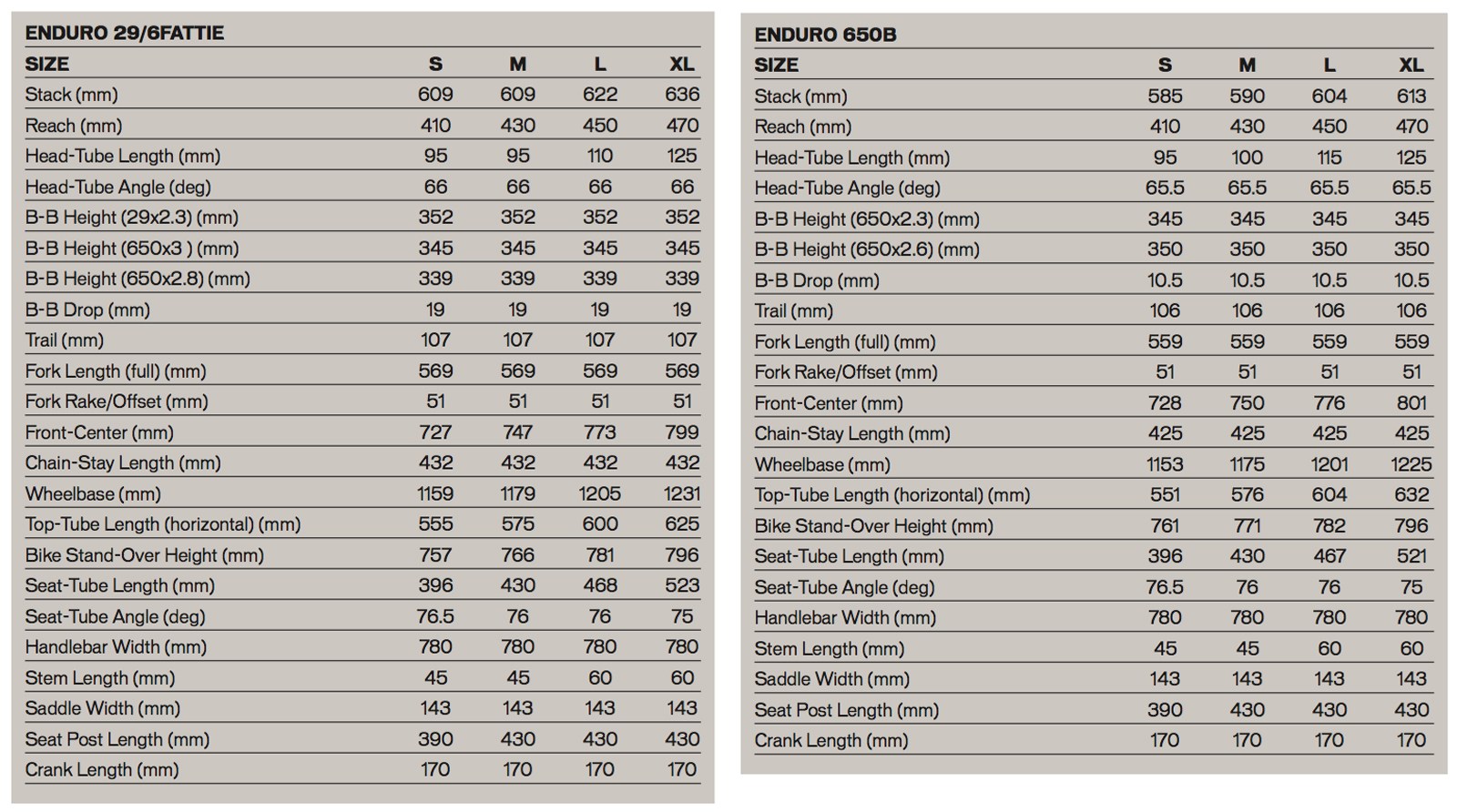 Captions below have more spec notes for each model. 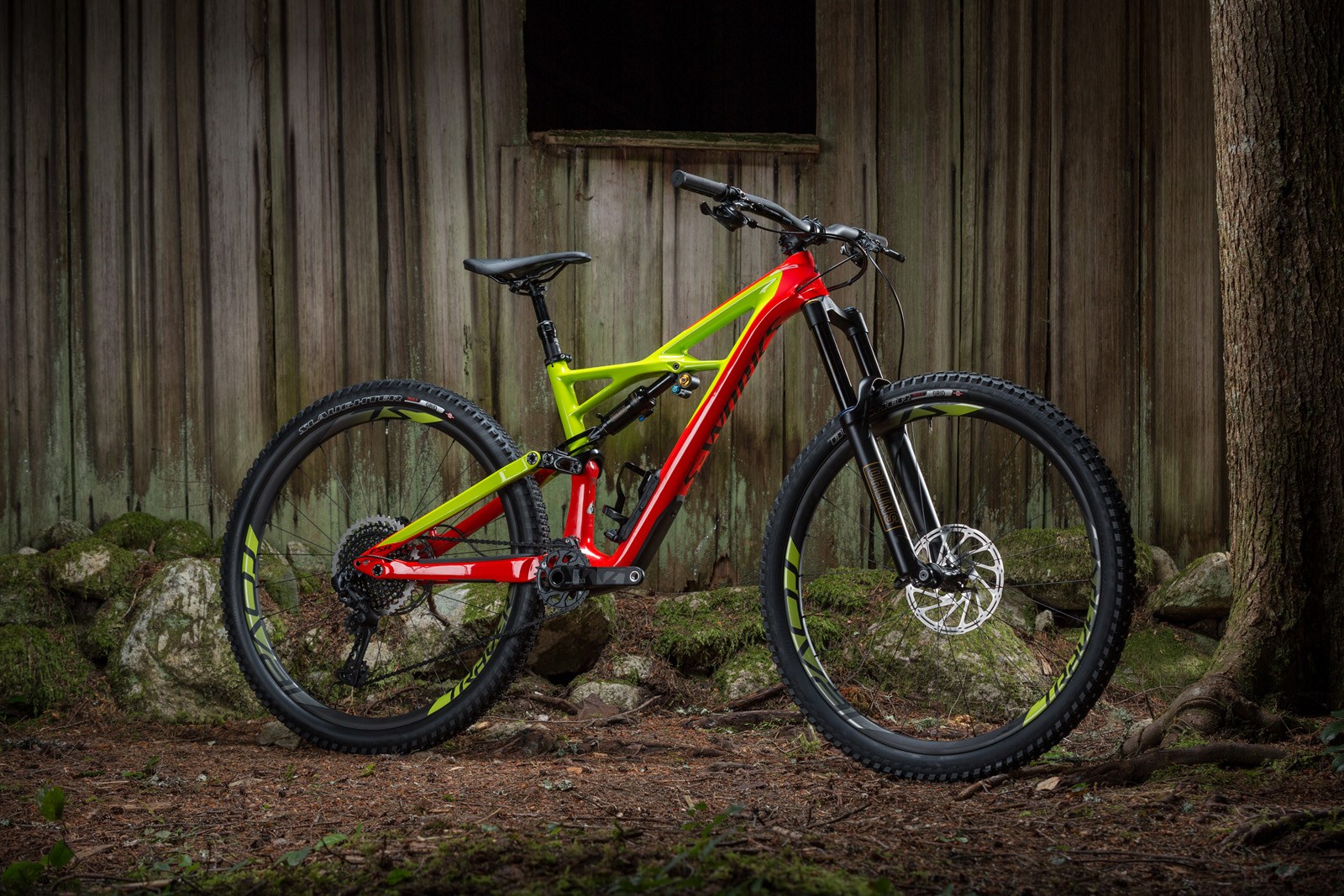 The S-Works models come in Safety Yellow and Orange or Graphite/Carbon/Black. The 650b model gets a Lyric but the 29er sees an Öhlins RXF 36 up front. XX1 Eagle and Guide RS Carbon brakes for both. Roval Traverse Carbon wheels round out the package. 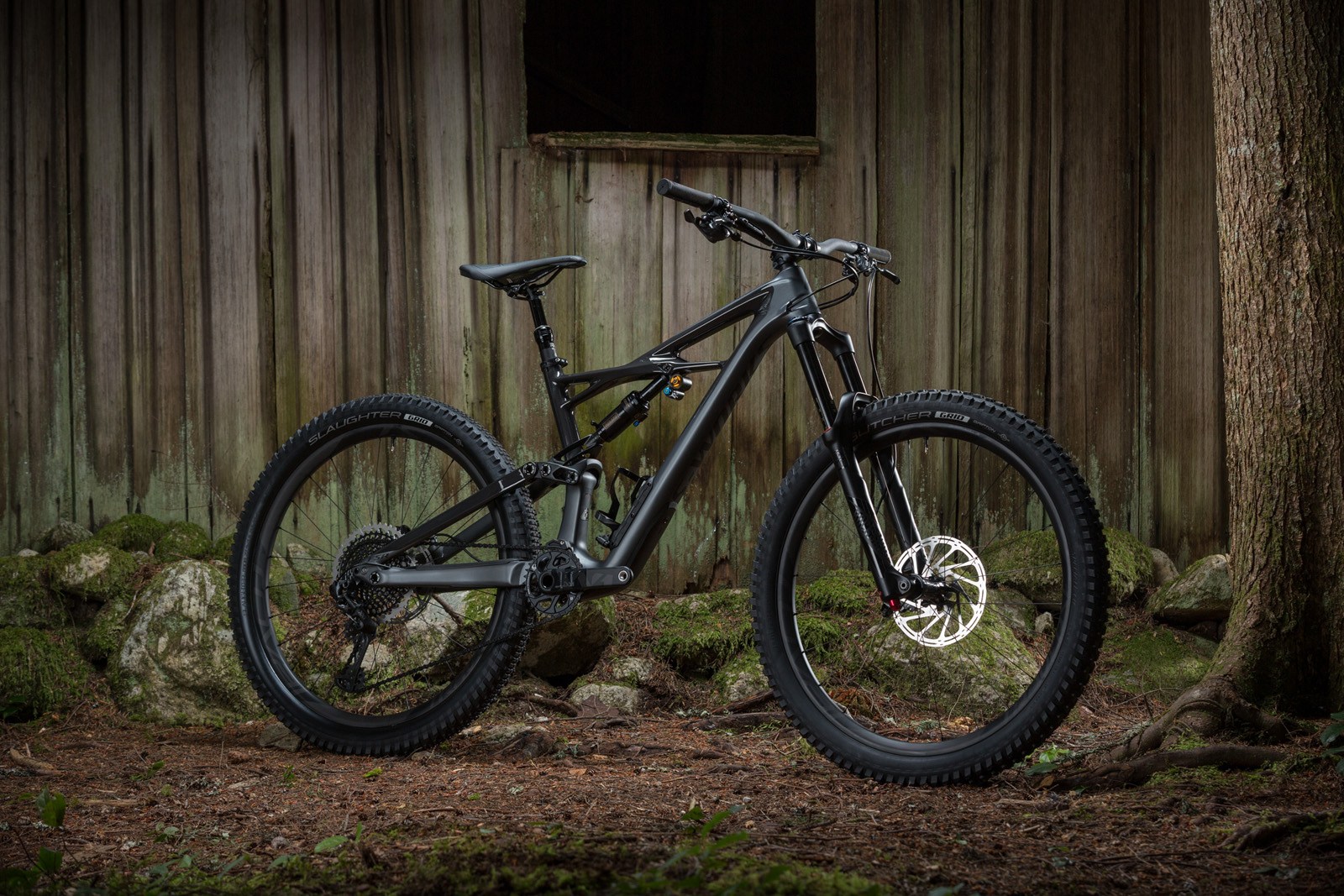 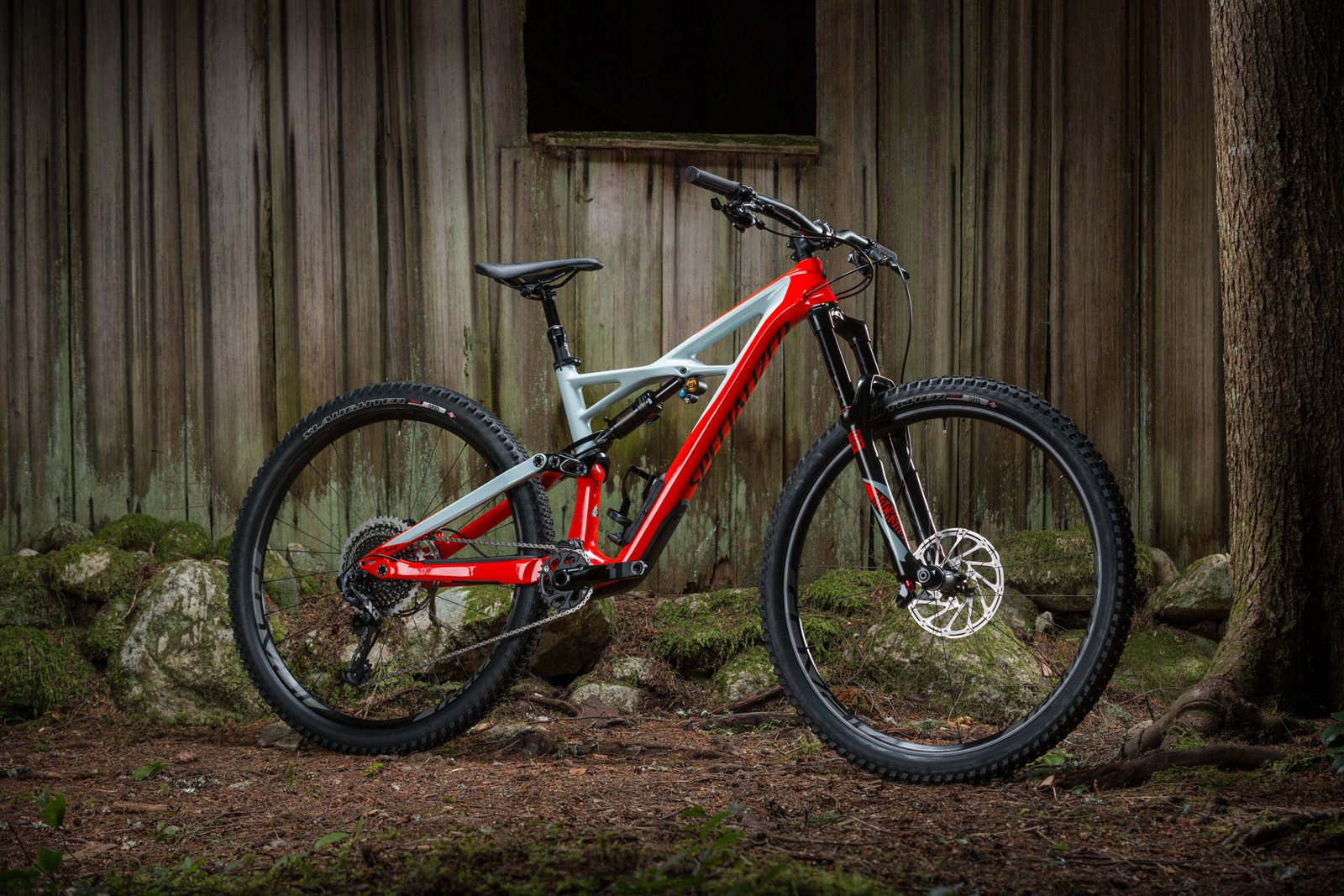 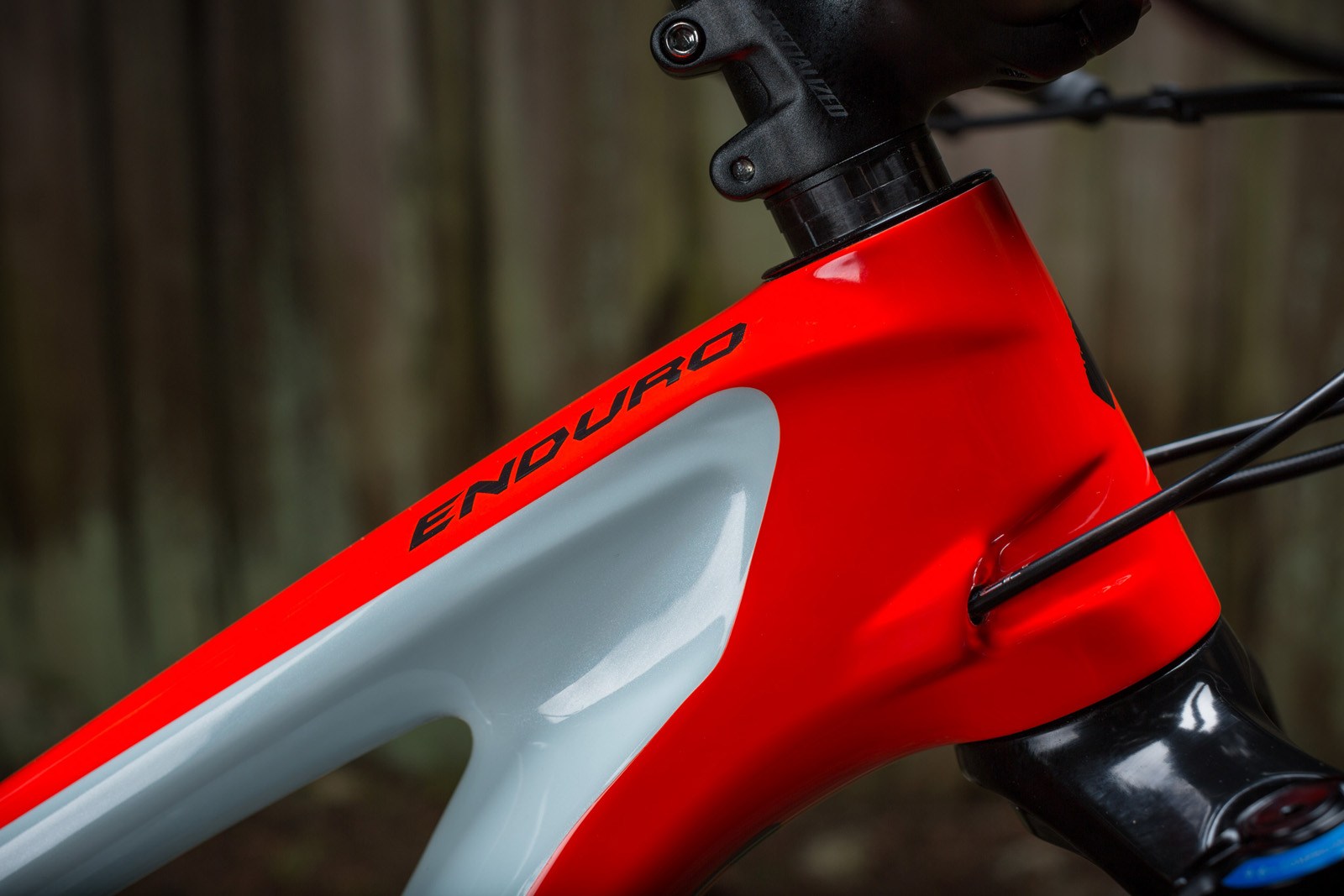 Head tube junctions got a bit more aggressive looking. Cable routing is tidier and easier to work with. 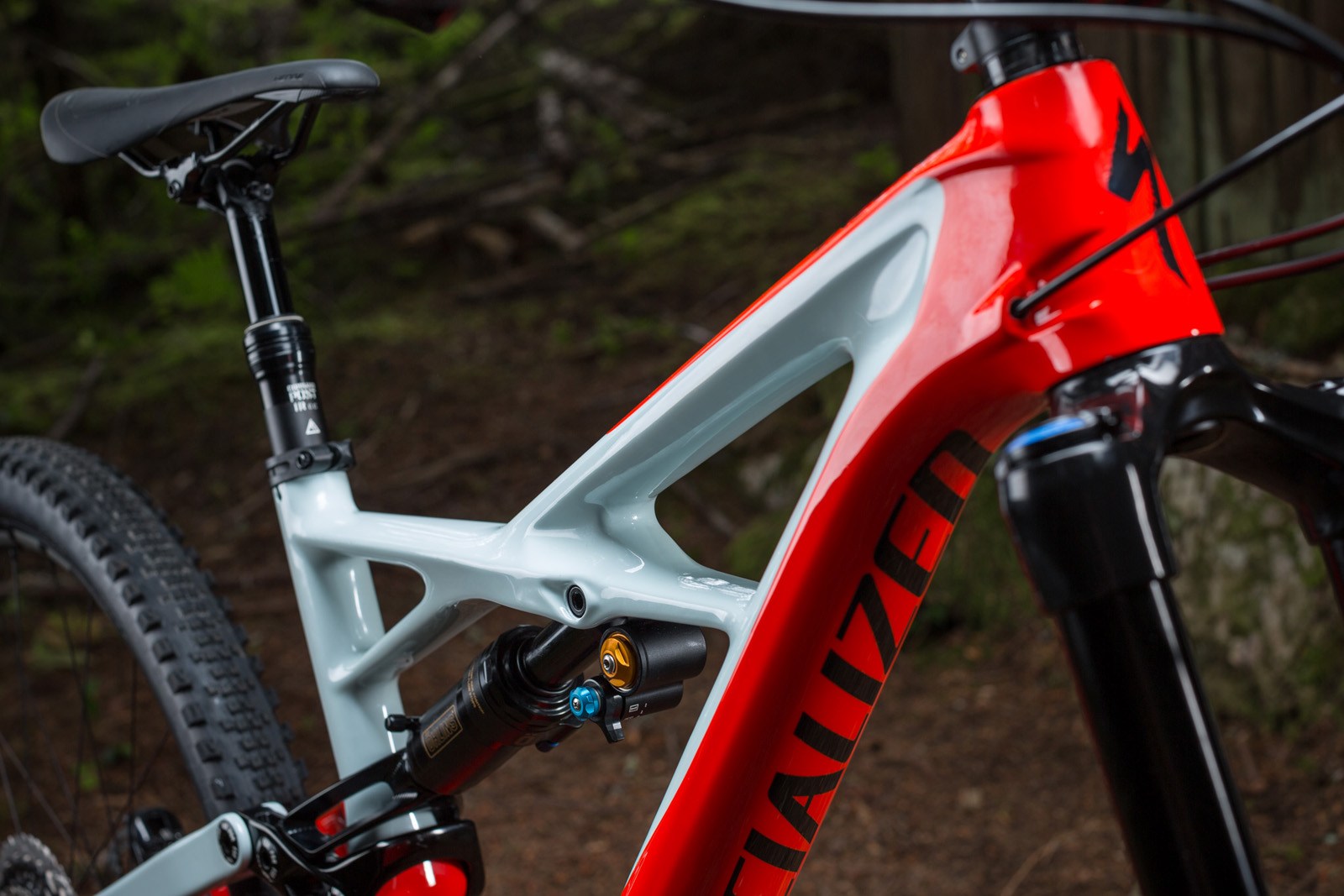 The X-wing design remains for the Enduro platform. 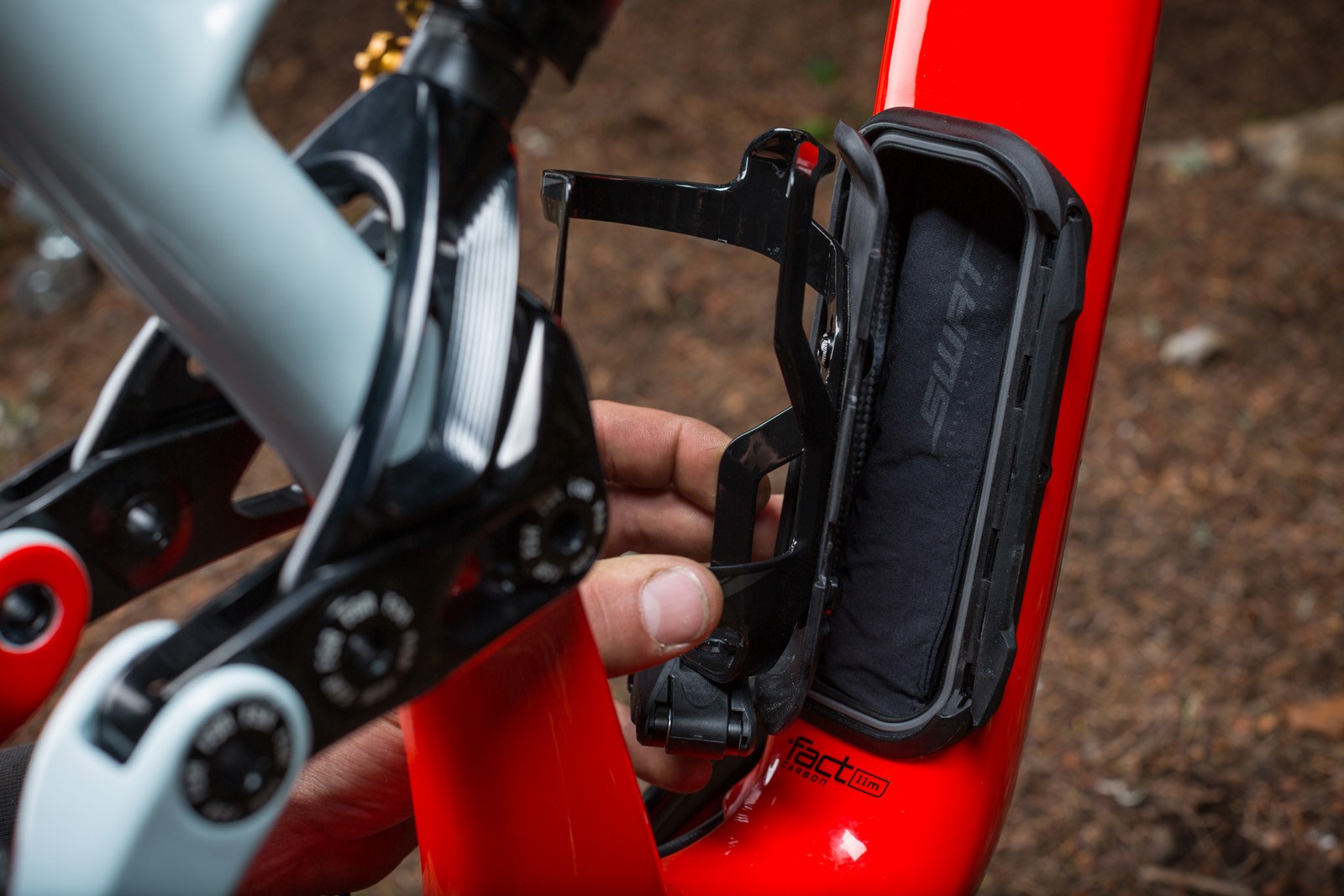 Enduro welcomes SWAT to the party. Don’t underestimate how useful the SWAT compartment is. 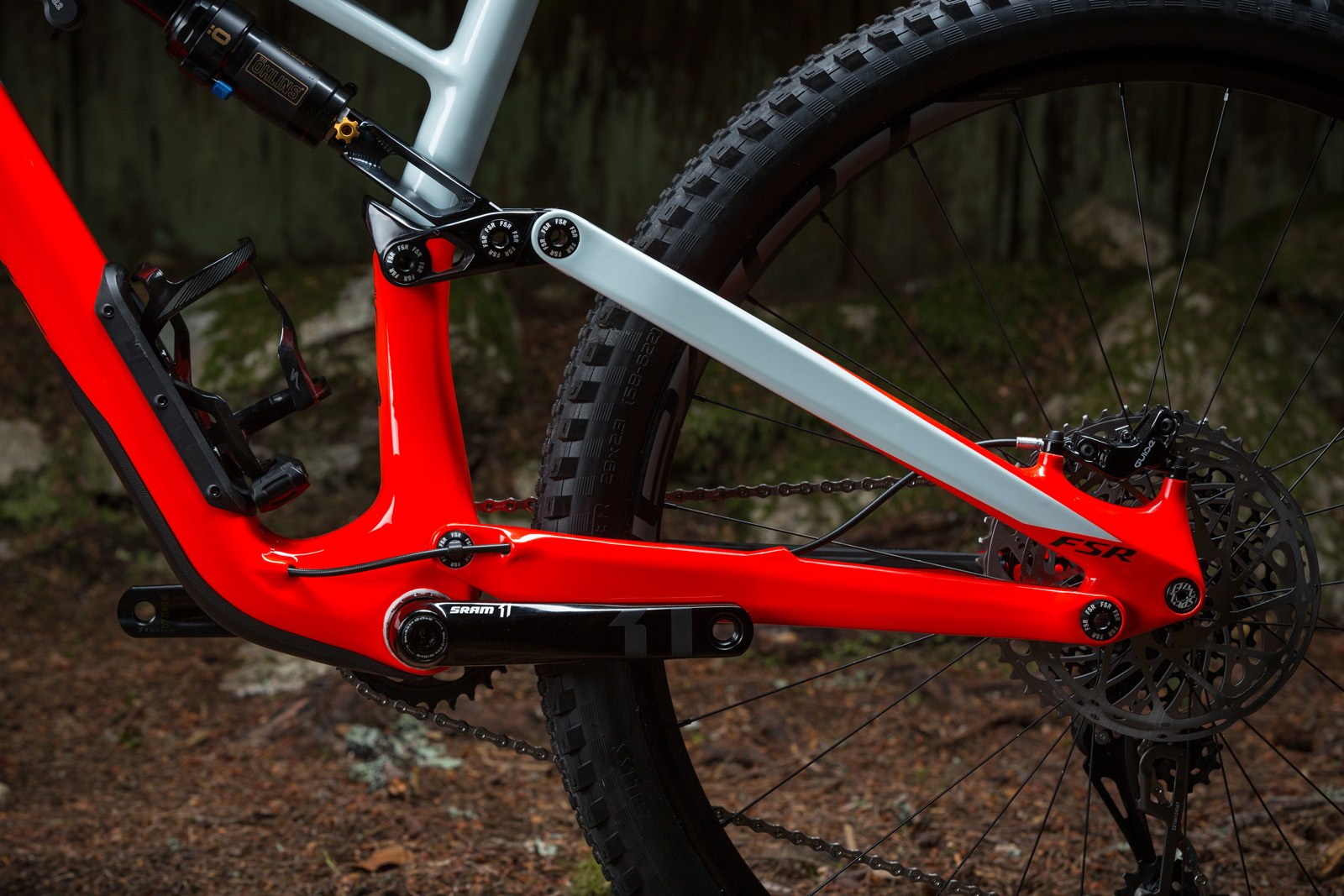 No more lazy loop makes it so much tidier. That down tube to chain stay routing is really clean. 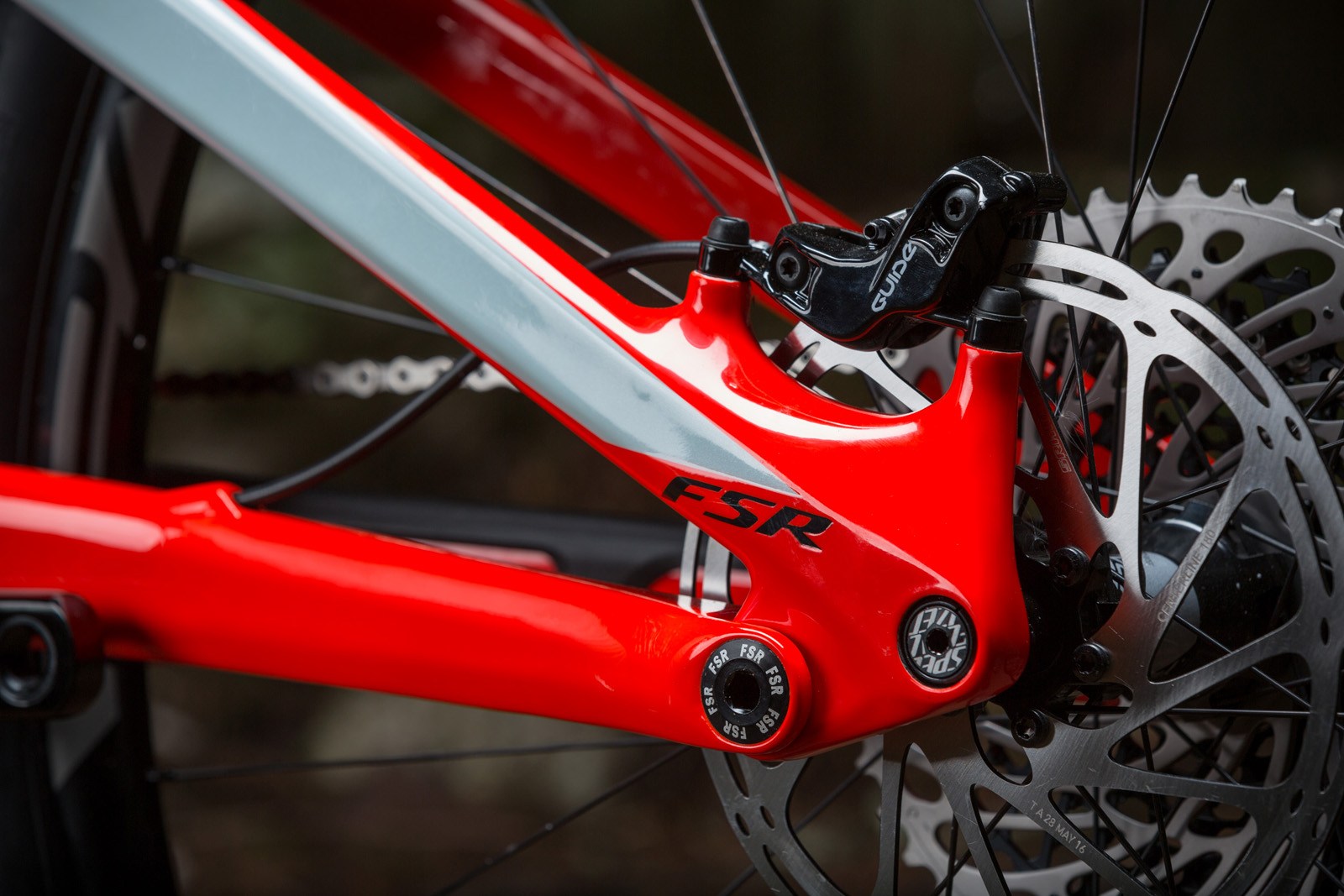 Carbon rear triangle, all pivot cartridge bearings are the same size, and Guide brakes are represented throughout the range. 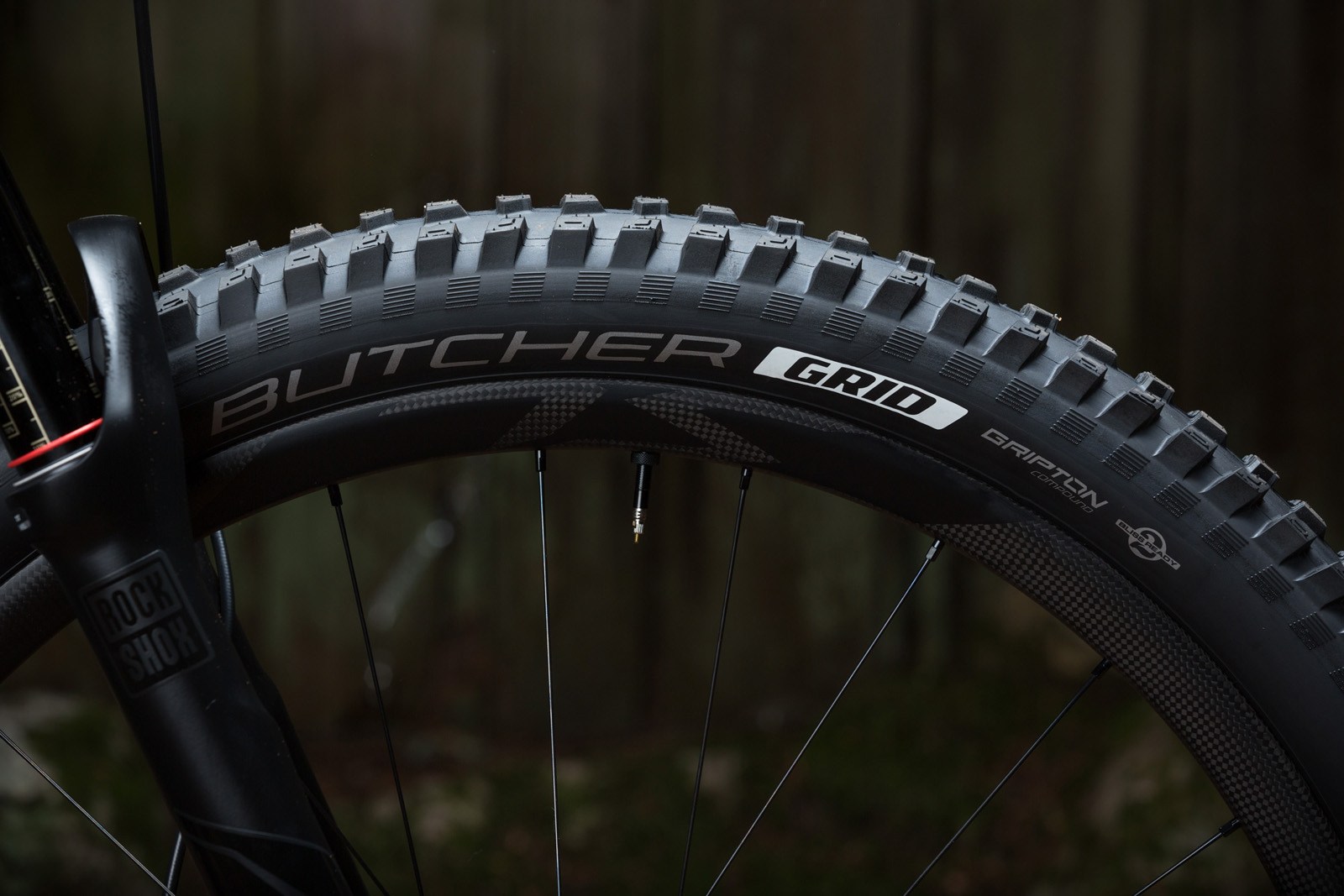 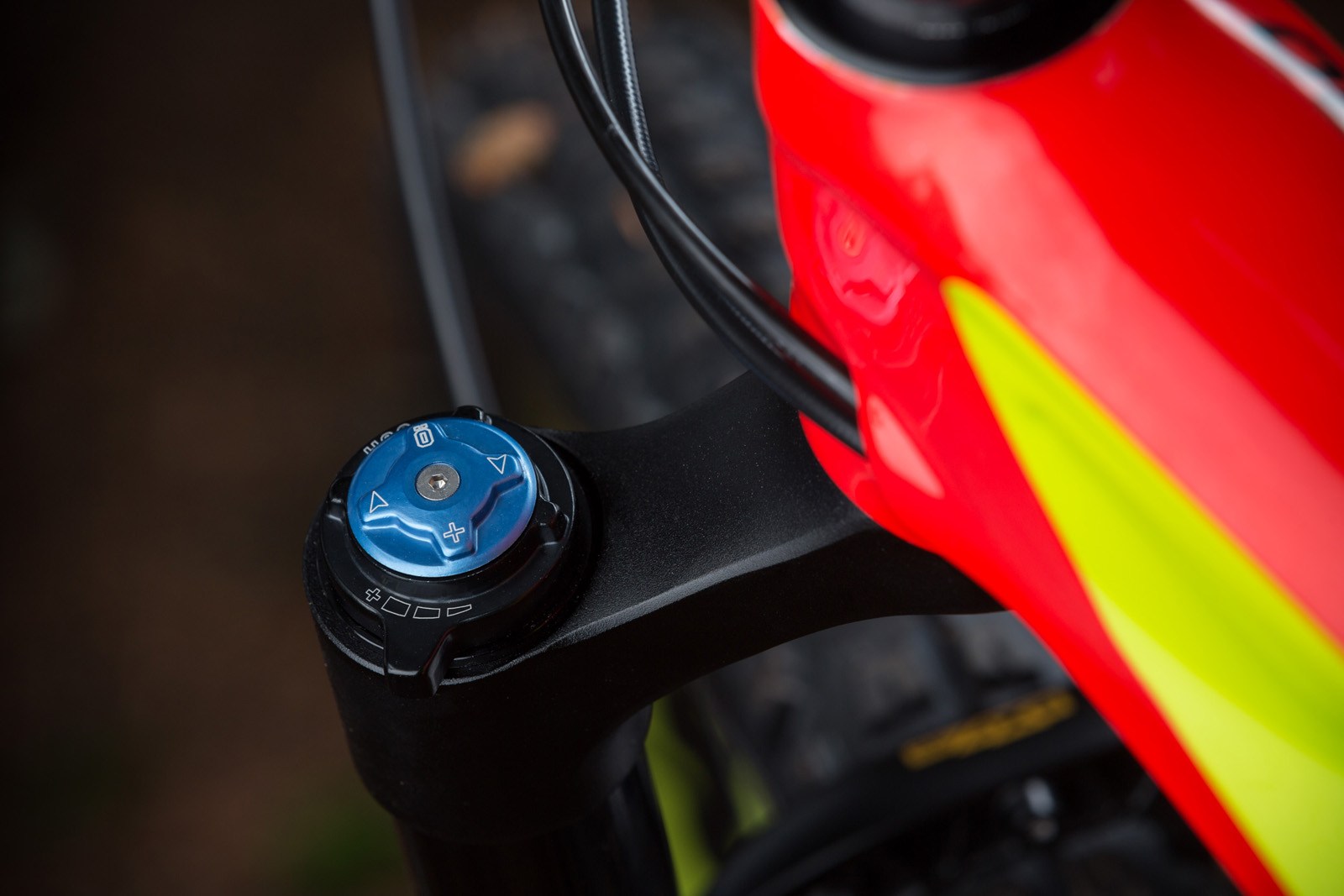 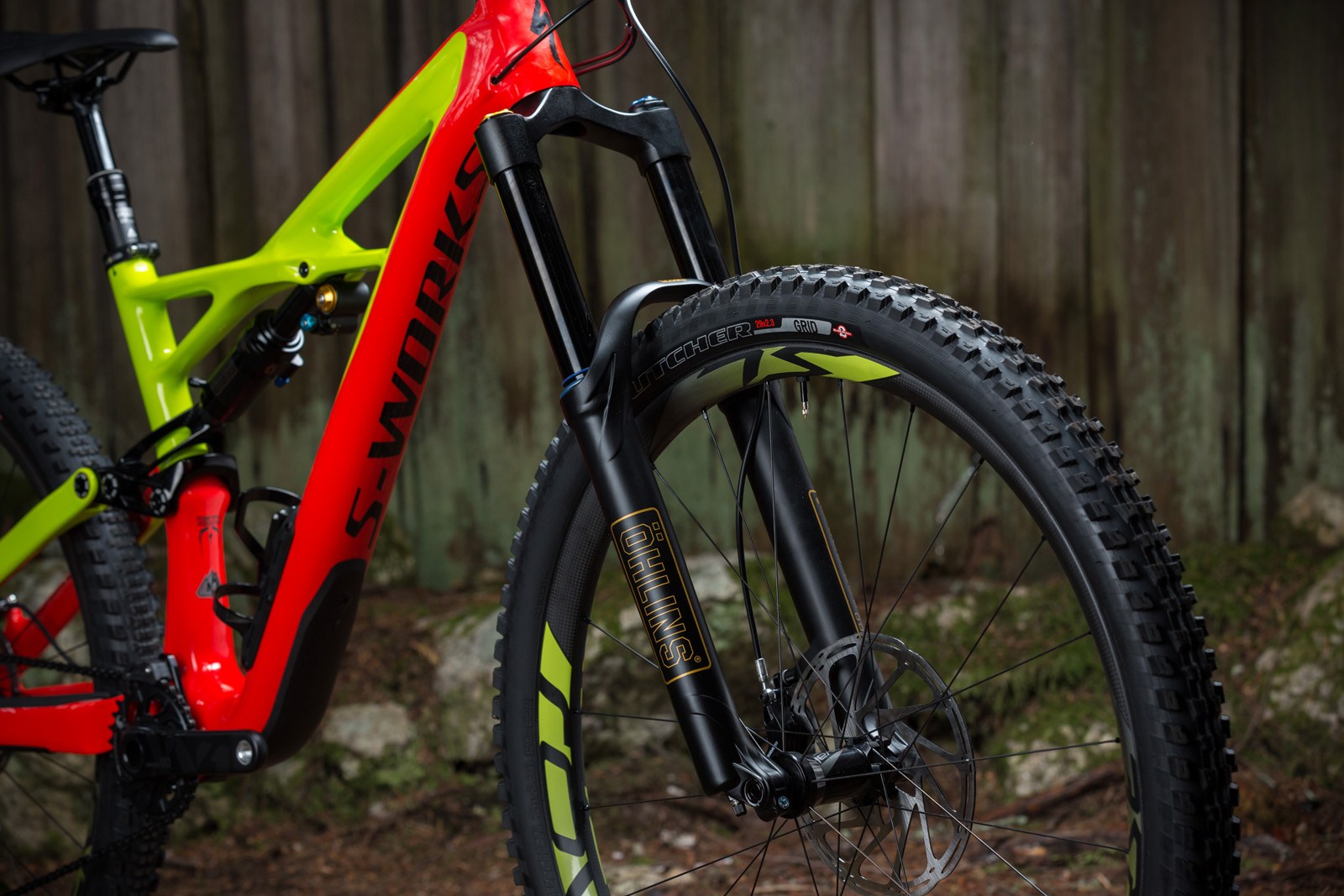 Of course, there are also three air springs to manage in the Öhlins RFX 36 fork. 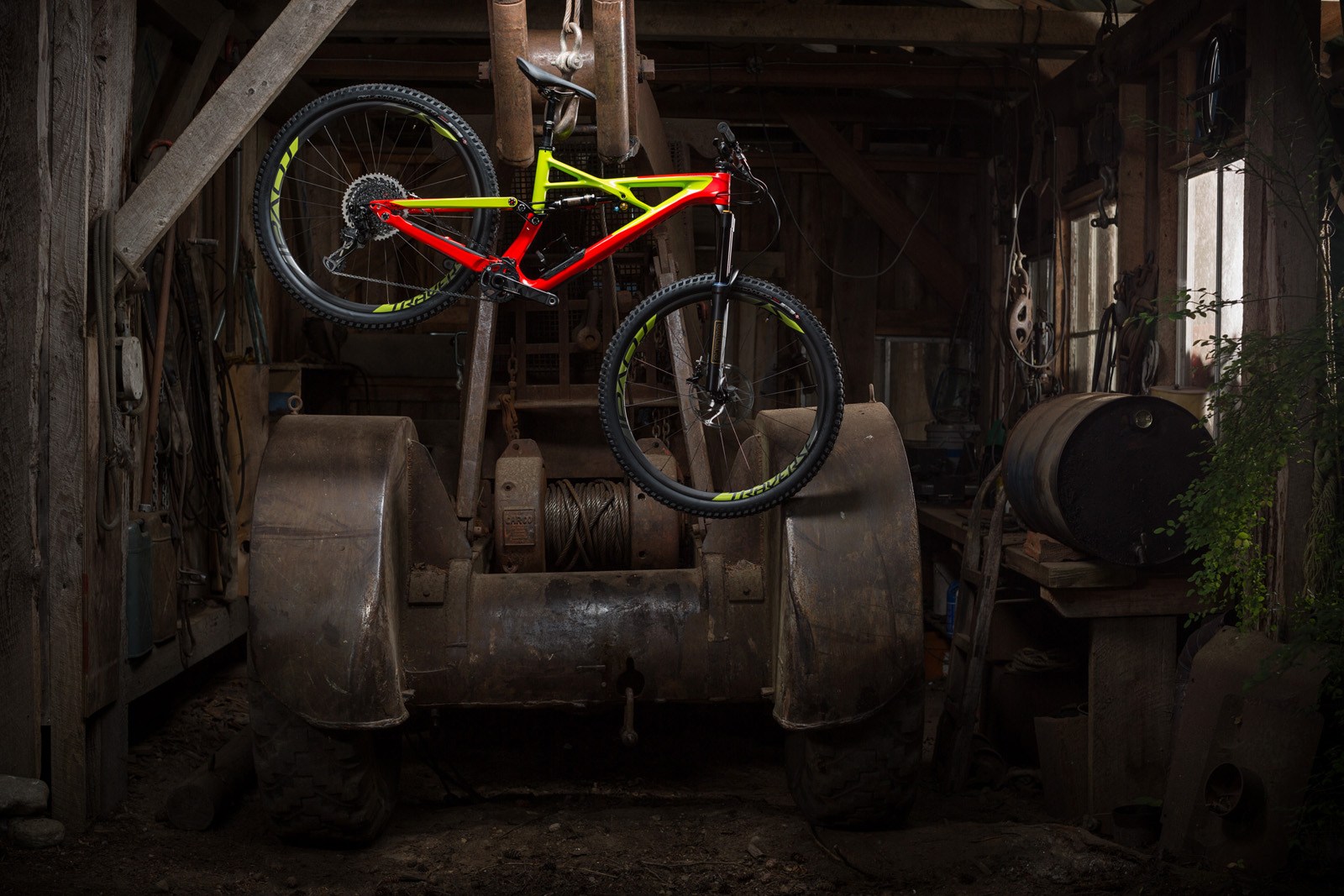 Over three days of riding on the sunshine coast, I got a good chance to get acquainted with the S-Works Enduro 29 to which I was assigned. On day one, we were treated to a private day in the Coast Gravity Park, which gave good indications of the bike’s ability to handle speed and chundery sections. And air. No matter how well you think you can jump (or not well in my case), CGP has trails that are one or two levels above your pay grade. 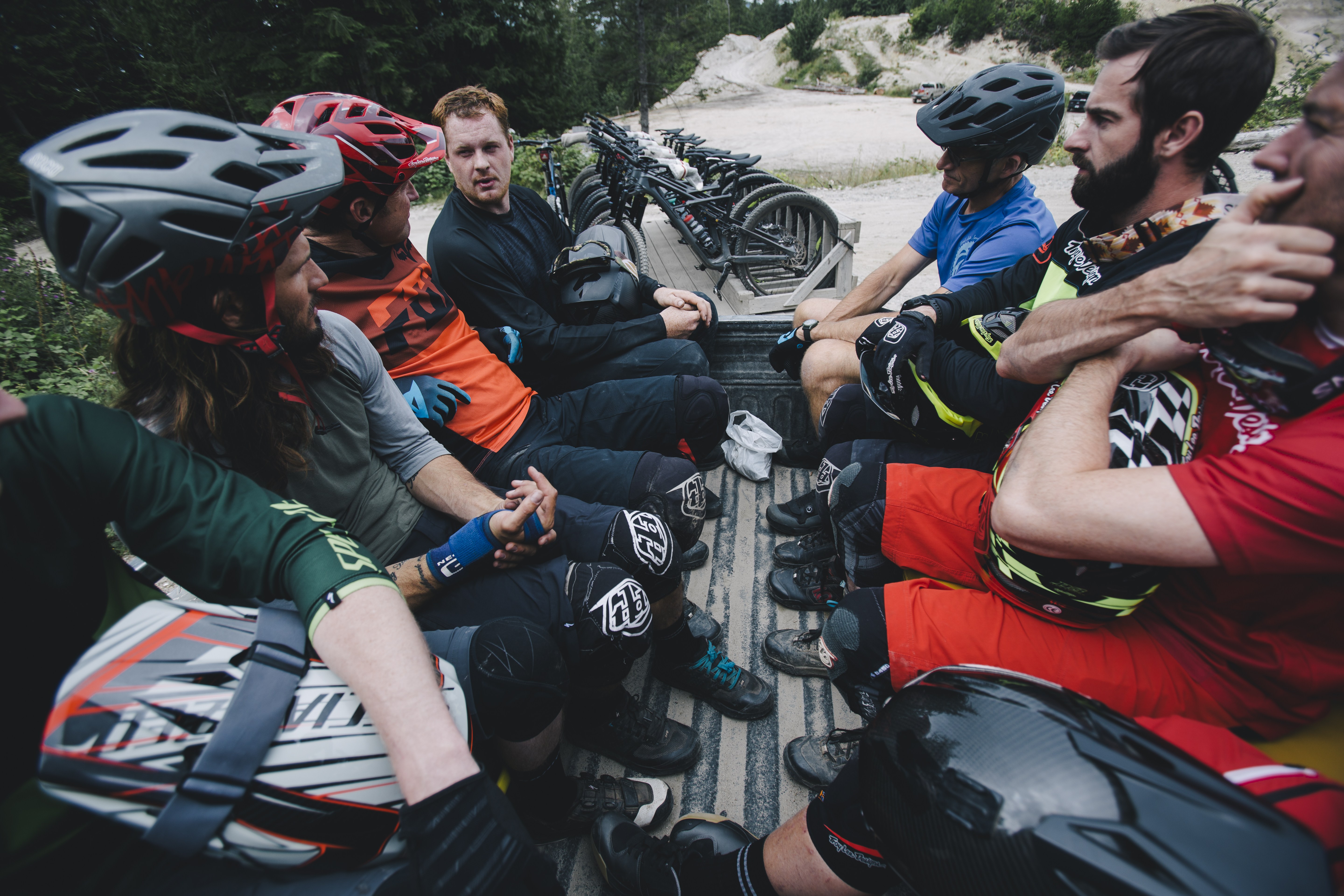 Show up to Coast Gravity Park on just about any day, and you’re likely to see the Coastal Crew – and share a shuttle with them. On the day we were there, Brendan Howey was practicing on his jump line from a recent edit filmed at CGP, and apparently some guy named Semenuk was also seen poking around. It is the most casual bike park ever, that also has the most talented bike riders per capita. 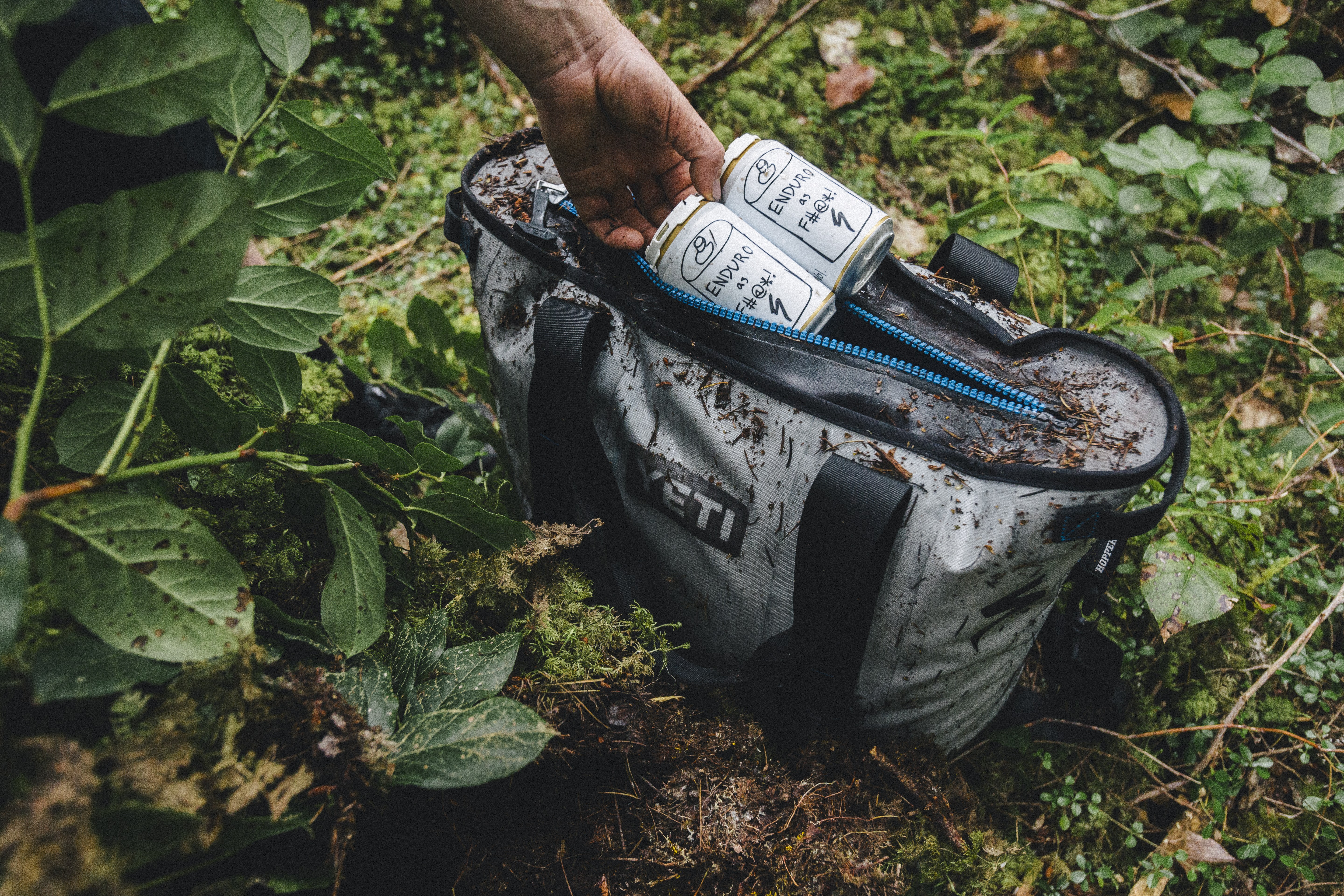 Curtis and Dylan were pumped to show off their home trails to editors from all over. They also proved to be terrific hosts. Custom-labeled beer brewed by Persephone from Gibsons Landing was a nice mid-ride touch on day 2. 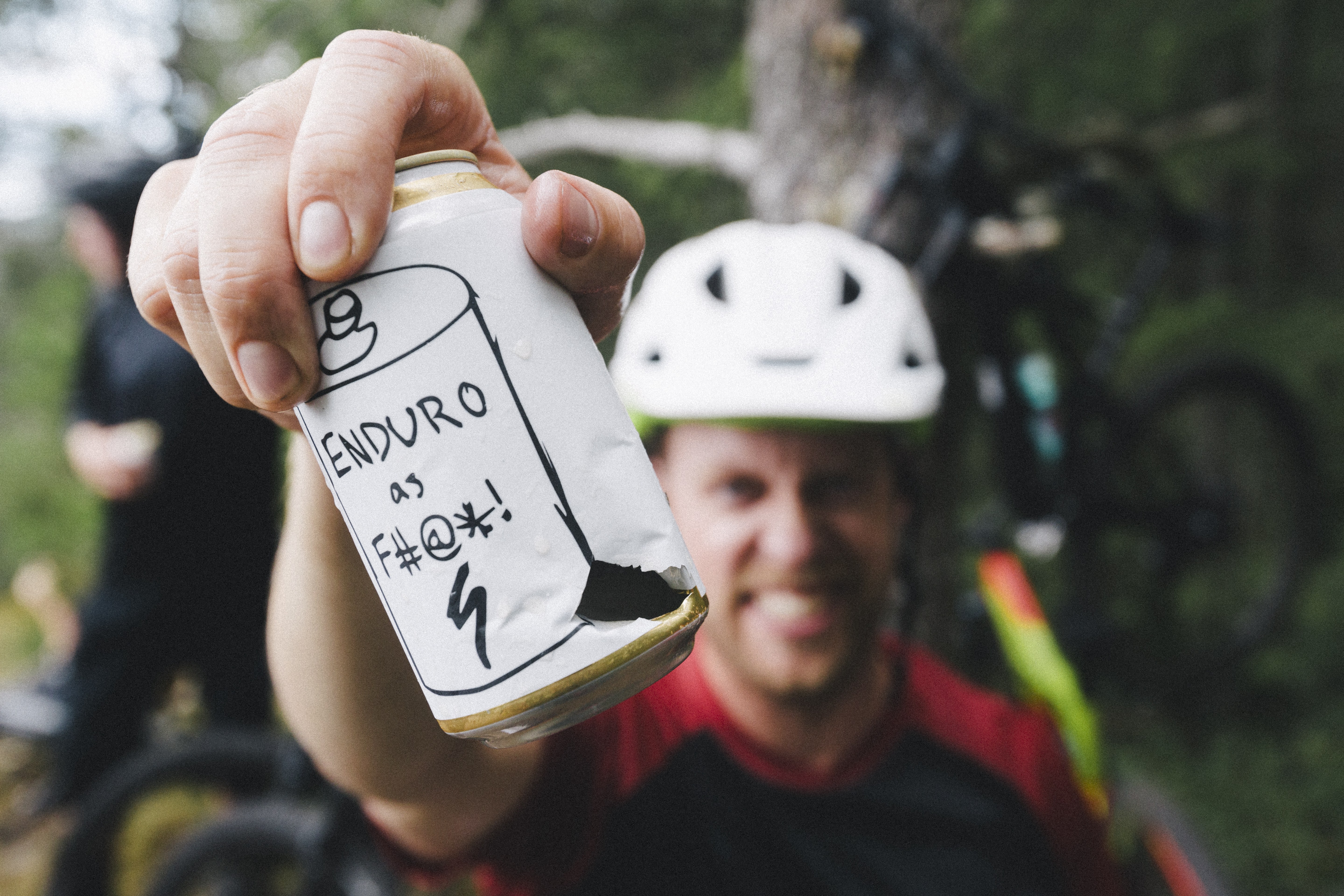 If anyone can print #enduroasf#*k stickers without suffering at the hands of the irony police, it is the big S. And they did.

In that environment, the 29″ wheels carried speed incredibly well and some of the quick side-to-side moves felt better than expected. In a bike park, however, I would prefer a smaller, more maneuverable wheel. On days 2 and 3 – outside of the park – I never found myself wishing for a snappier front end, and the short chainstays made it easy to get the back end around tight turns. This mirrored my memories from the previous Enduro 29, but it felt a bit lower and more stable on top of steep sections where the last bike felt perched as I rolled into things. 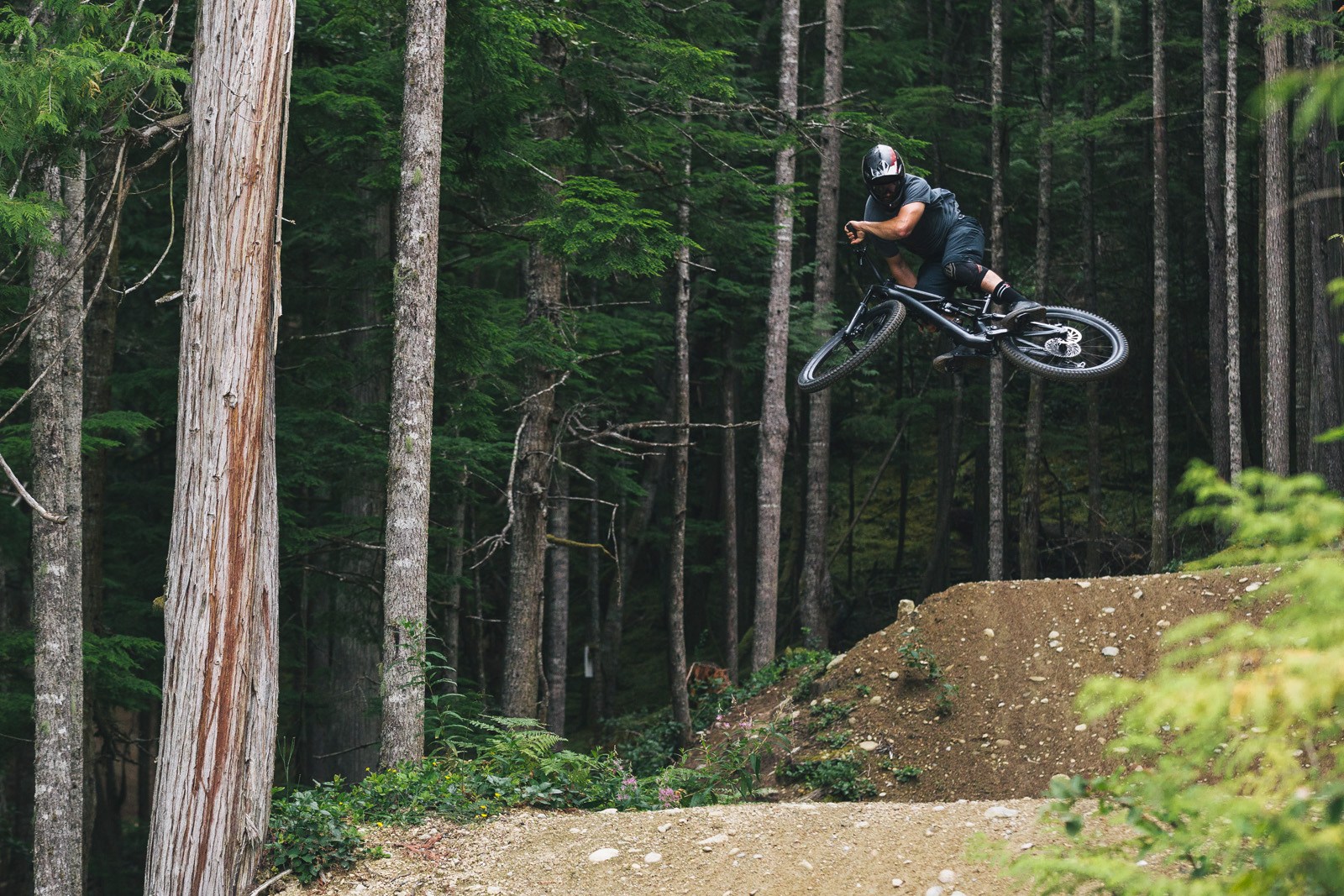 Feeling good about your jumping? Let Curtis show you a thing or two about it. 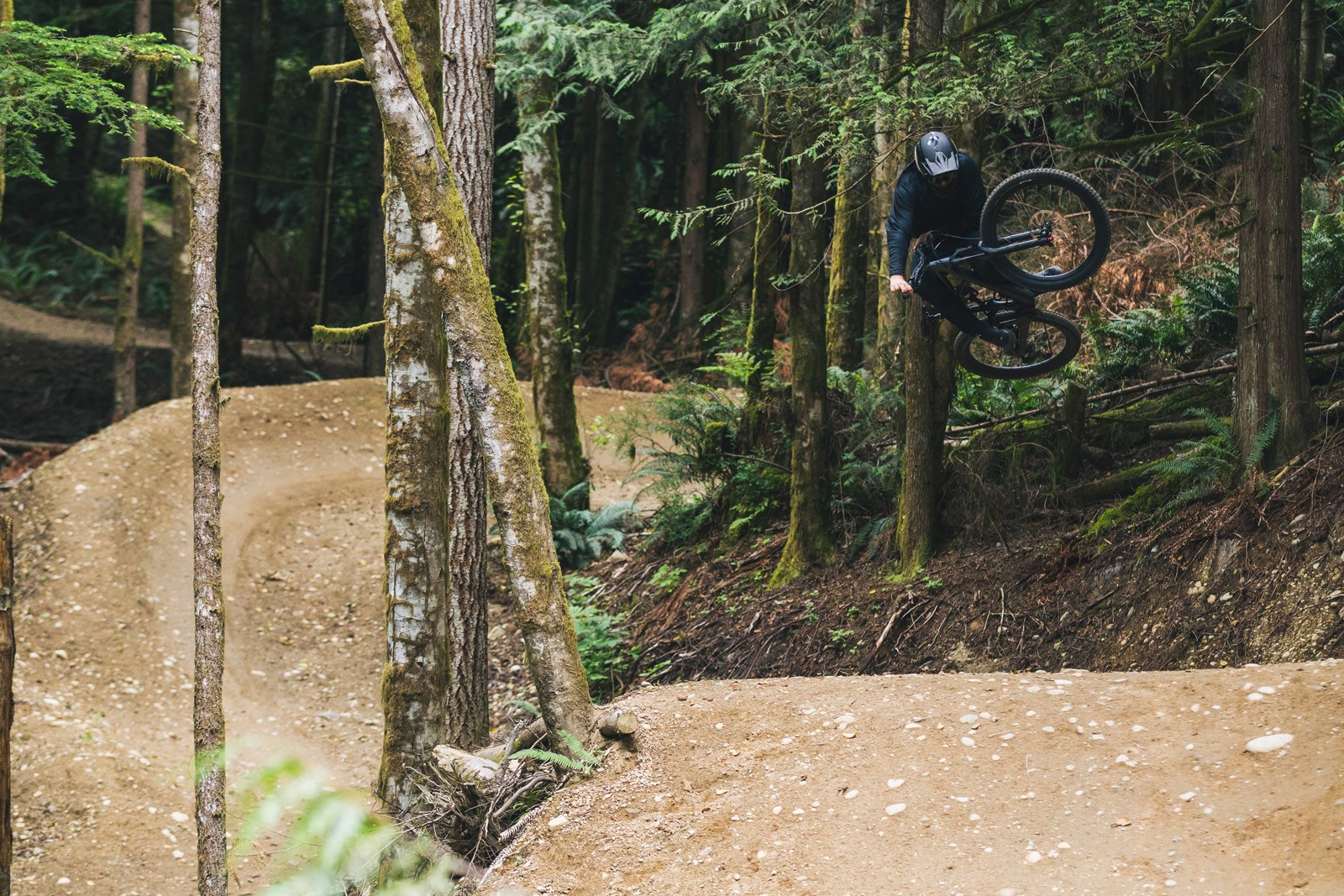 Dylan was not to be outdone. 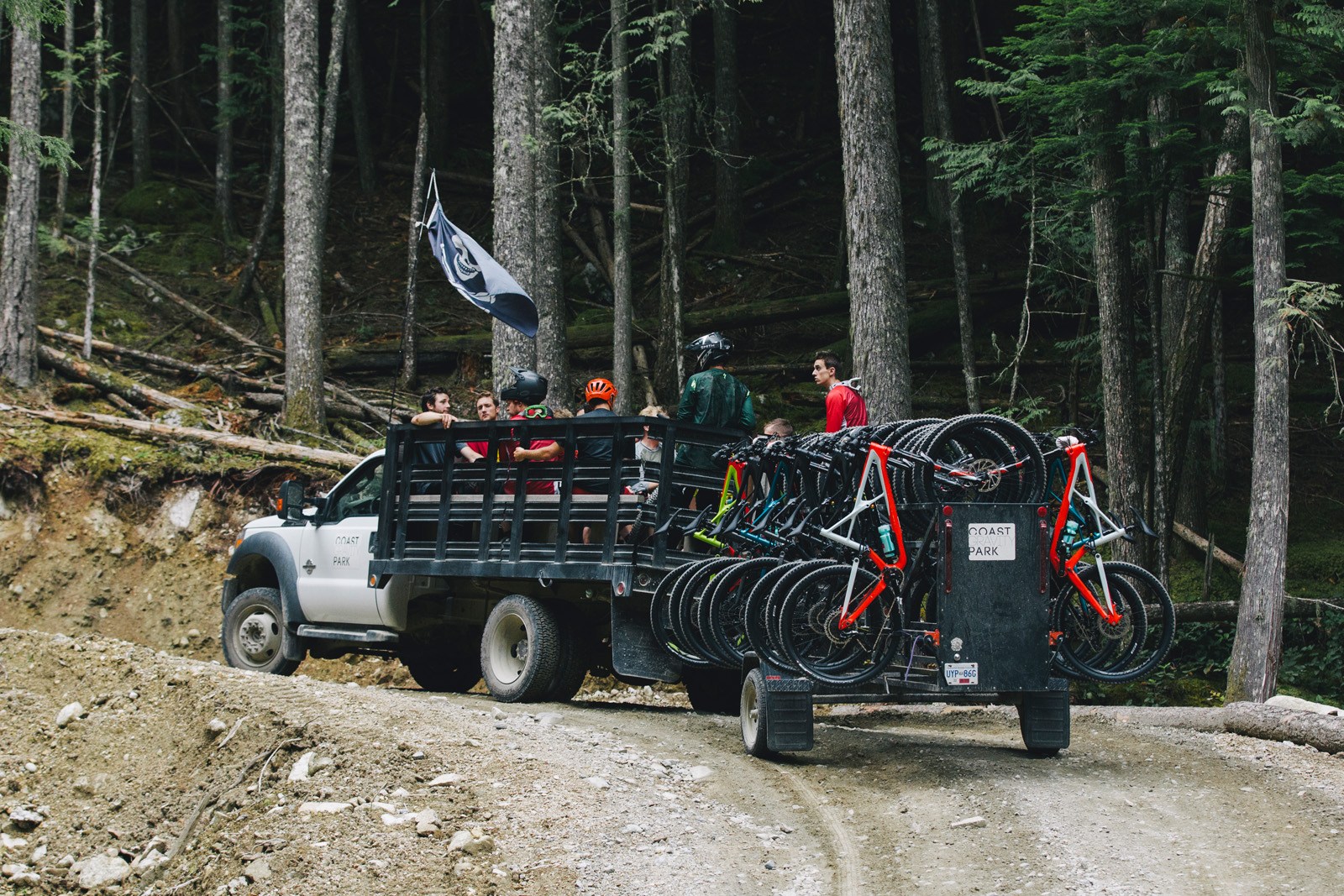 I wondered how quickly we’d be turning around laps at CGP, but the ride up is quick – and steep. 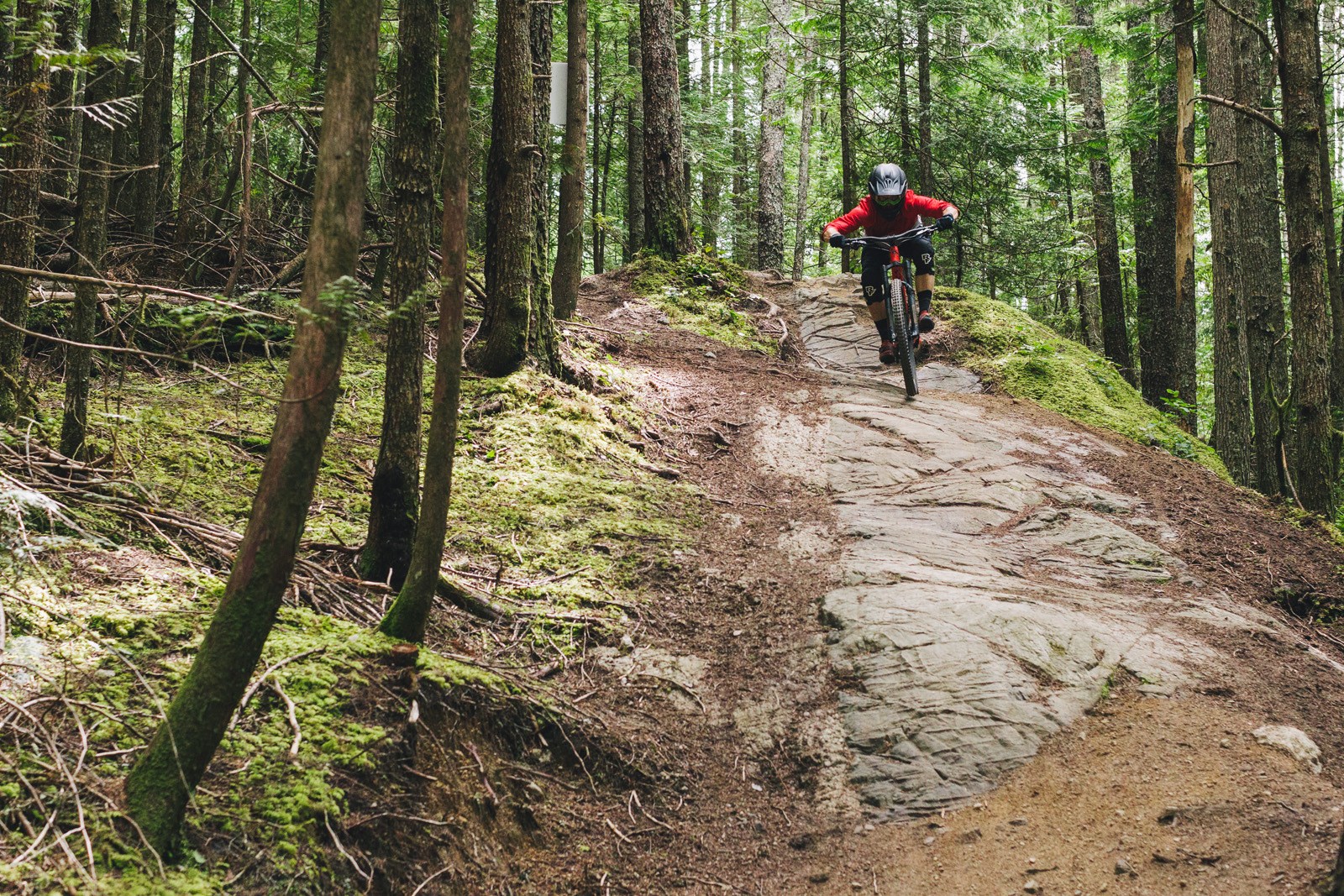 The opening slab on the newly opened Dynamite Panther at Coast Gravity Park. 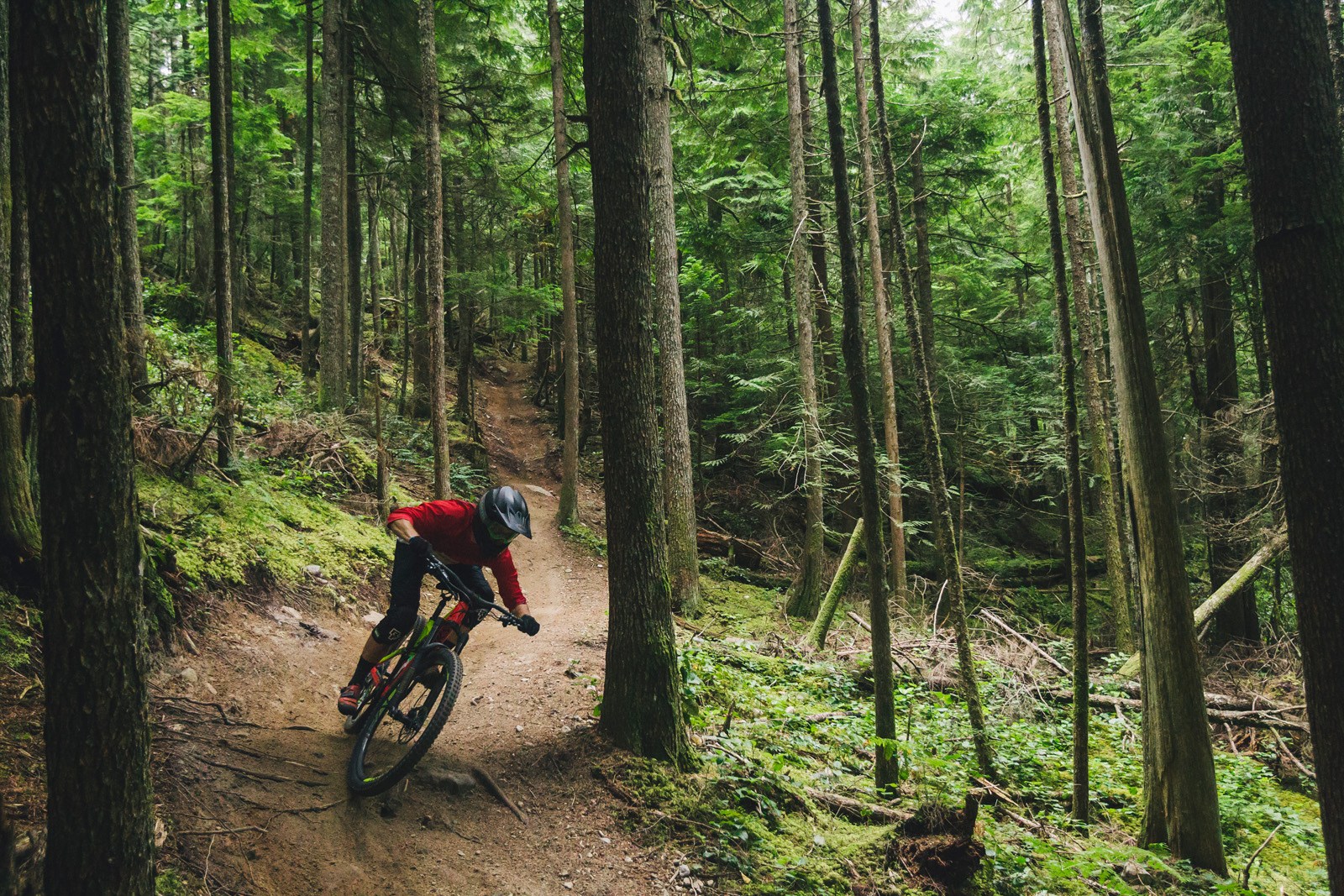 One thing about wearing a full face helmet for photos is that it’s impossible to tell that your mouth is wide open while you giggle your way through some turns. 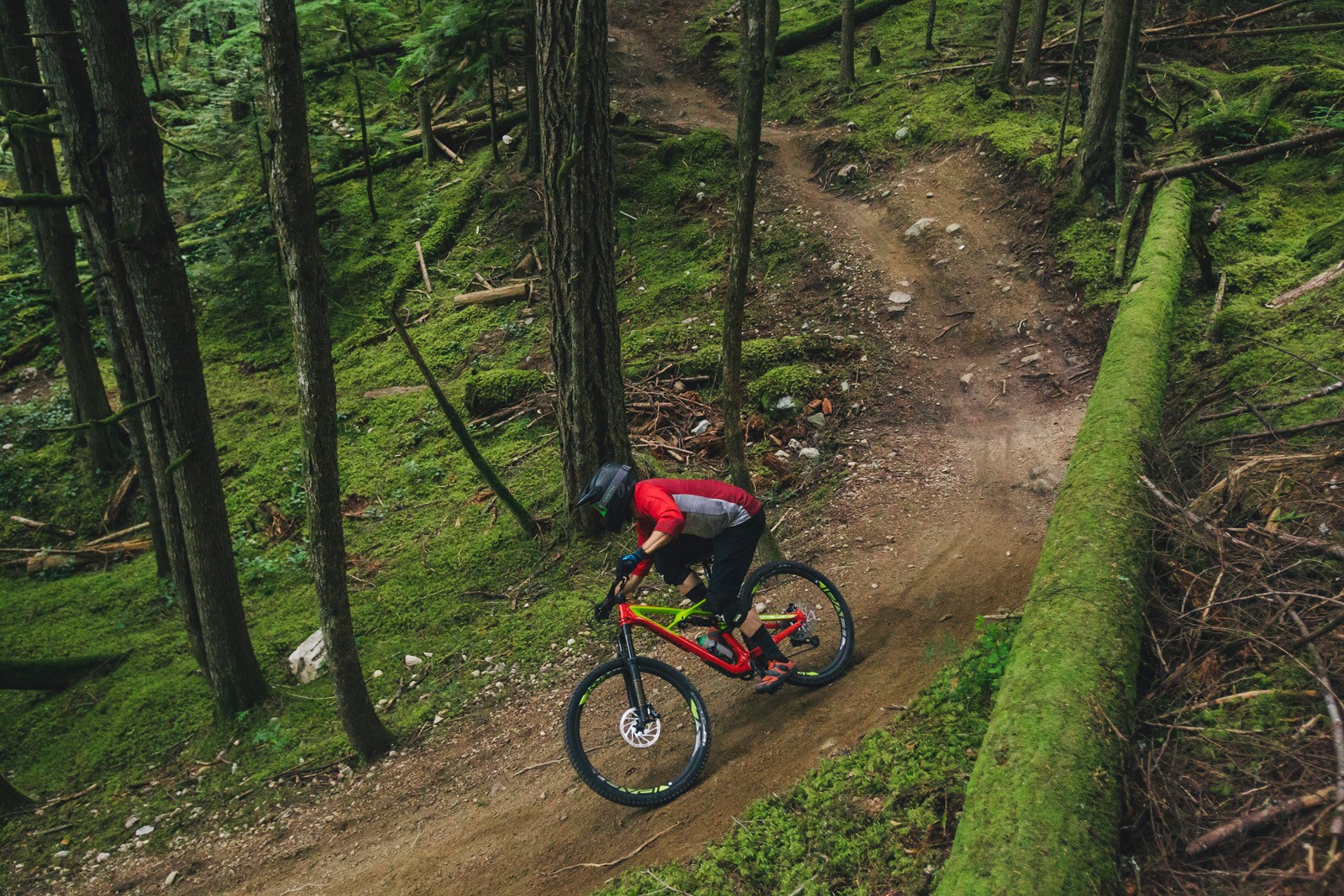 How many bike parks do you know of that have you riding by carpets of green moss? 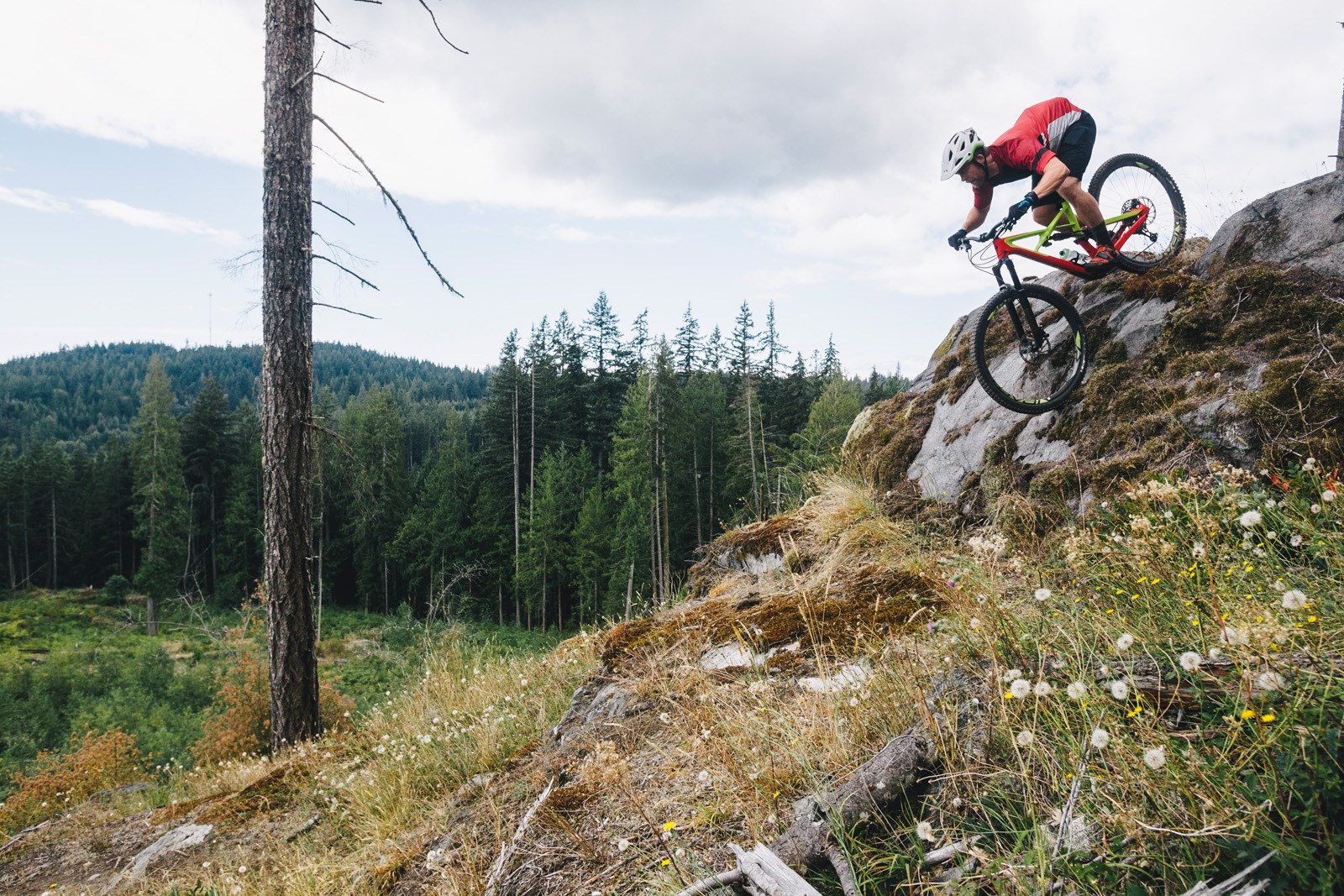 The 2017 Specialized Enduro feels more comfortable than the previous biek did when the trail tips downward.

I expected to want to switch bikes at some point – and I am curious about the 650b x 2.6″ tires – but the Enduro 29 was exemplary on the two days of trail riding we had, in all sorts of terrain. Steeps, rough and twisty bits, and while pedaling over chunky sections, the bike felt balanced and user-friendly. It also felt fast and stable.

Climbing, however, was the most revelatory moment for me on the Enduro – and I realize that is not what most would expect for a 165mm bike. All things are relative, and it doesn’t climb as well as the 135mm bikes out there, but on some of the truly steep, tight climbs, it was happy to hunker down and propel itself upward provided I stayed centered and smooth. Tight switchbacks were another area where I was surprised, especially considering the head angle has been slackened by 1.5 degrees.

Like any Specialized, slipping the shock into the pedal or climb mode resulted in better pedaling performance when climbing or on the flats, and I would characterize pedal performance as good, but also as quite active. This makes it pleasing to pedal across rough sections, but it will remind you of the amount of travel you’re wielding if you waddle over a square bump at slow speed. Line choice really pays off with the Enduro’s active traits. And once the trail points downward, you’ll be thankful for the reassuring feedback the suspension delivers as it tracks and sticks to the ground beneath you.

Do I want more time on the Enduro 29? Of course. Not to mention the 650b version. And we’ll likely test both. But the early returns are that Specialized’s job was well done on this latest refinement of one of the consistently most vaunted and popular bikes in the trail/AM category. 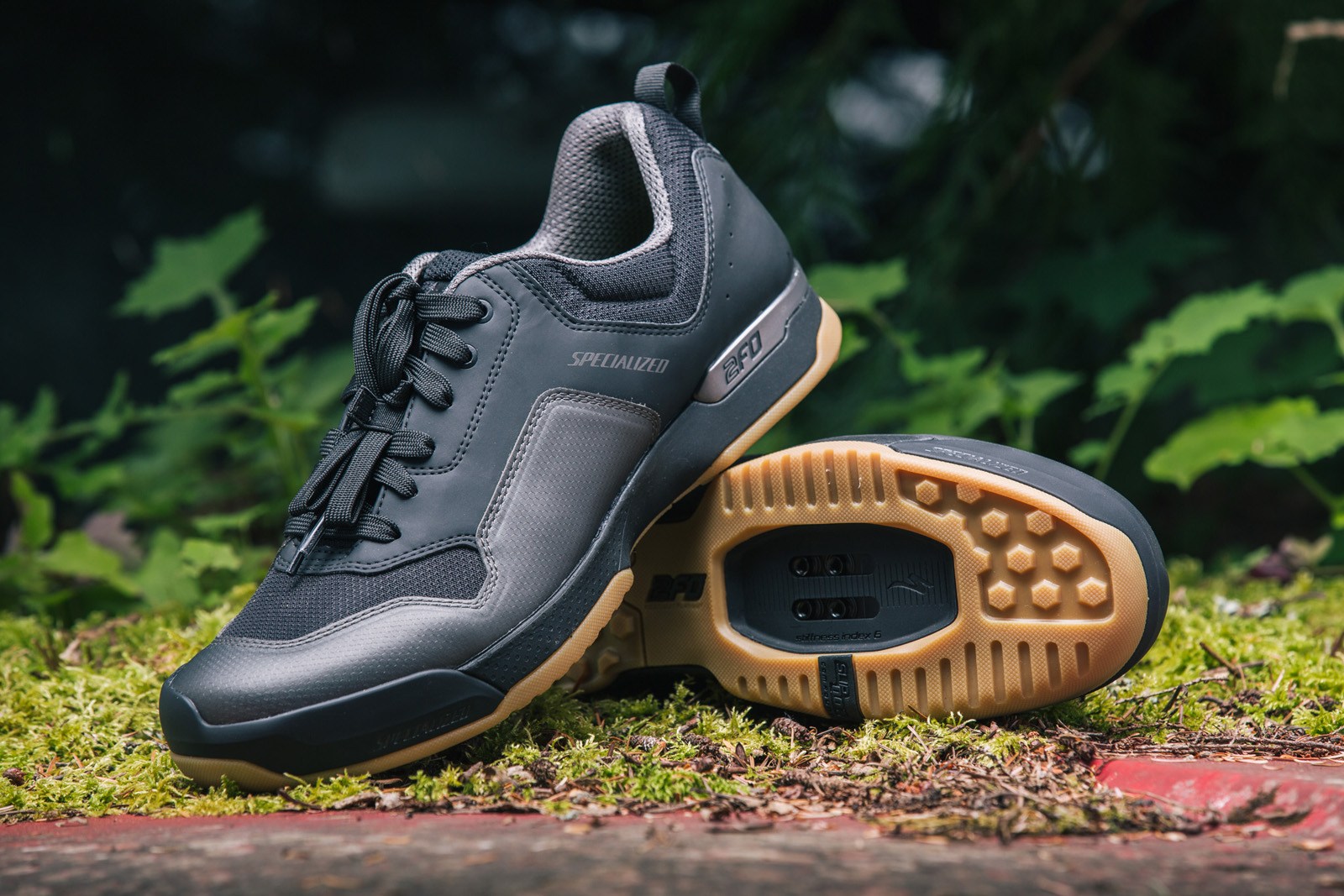 Specialized also rolled out a new shoe, the 2FO Cliplite Lace. Many similarities to the 2FO Cliplite, but with laces instead of BOA closures, and a lower cost ($120 USD). 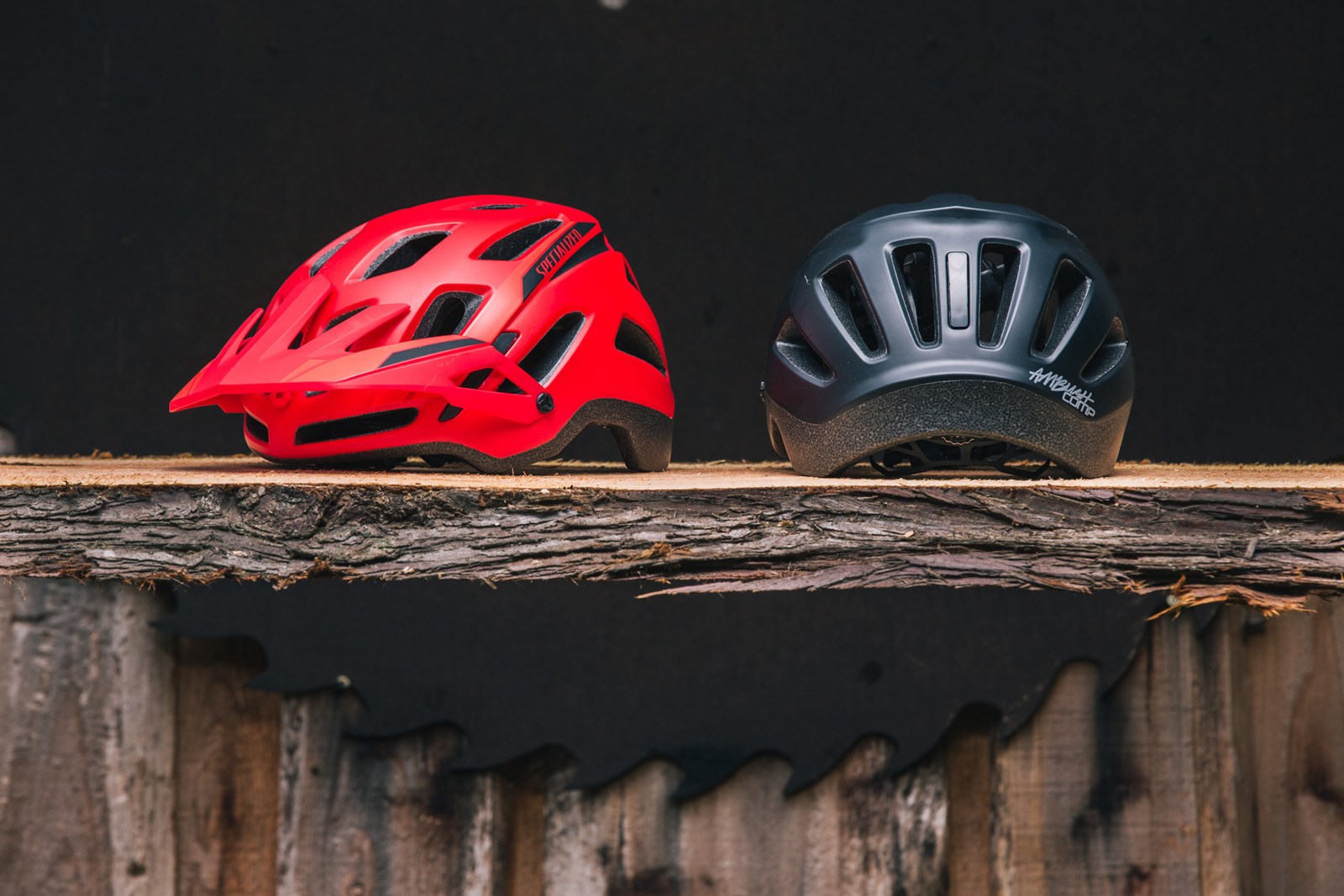 The popular Ambush helmet now also comes in a Comp version, which costs $120 (the original Ambush is $180) for many of the same features. It has a one-piece molded construction and doesn’t feature the Ambush’s lighter aramid cage, but does share its shape and vent layout, and a slightly different fit system.

We’ll have more detail on the Enduro in the future when we start testing one. In the meantime, watch for limited model availability starting today at your LBS – with the rest available very soon.

What do you think about the new Enduro?

Raised the BB height, reduced stack then shortened the ETT by more than they lengthened the reach all while lengthening WB. Looks like a nice option for someone who would otherwise ride a large.

those 6′ and over, still back to the XL. Nice bike, with some nice improvements. Still a long seat tube (20.5) for the XL, which is a tough fit for a guy that's say 6'ish with short legs, that are use to bikes with longer reach and less-than-60mm stems. More and more options out there which is great.

When you write phrases like, "wasn’t yet showing signs of age or outdatedness – and yet it felt like time for a refresh," some of your readers wonder if it's an objective review or marketing copy.

Why? The bike is three years old. That's a normal refresh/redesign cycle for a bike. If anything, I'm saying it wasn't necessary, just stale.