I owned an original Bronson last season. It wasn’t perfection, but it fulfilled my need for a combination trail ripper/enduro racer well. With a few tweaks. The front center was a bit on the short side – so I picked an XL frame over my usual large. The 67° head angle was a little steep, and the bottom bracket slightly high, so I tossed in an offset headset and offset shock bushing to slack and lower the chassis. The suspension leverage curve was a bit wonky; adding a Vorsprung Corset air sleeve to the stock Fox CTD shock helped improve suppleness off the top, and added support to the mid-stroke. My “Bromad” worked pretty well – confirming that there was room for improvement. 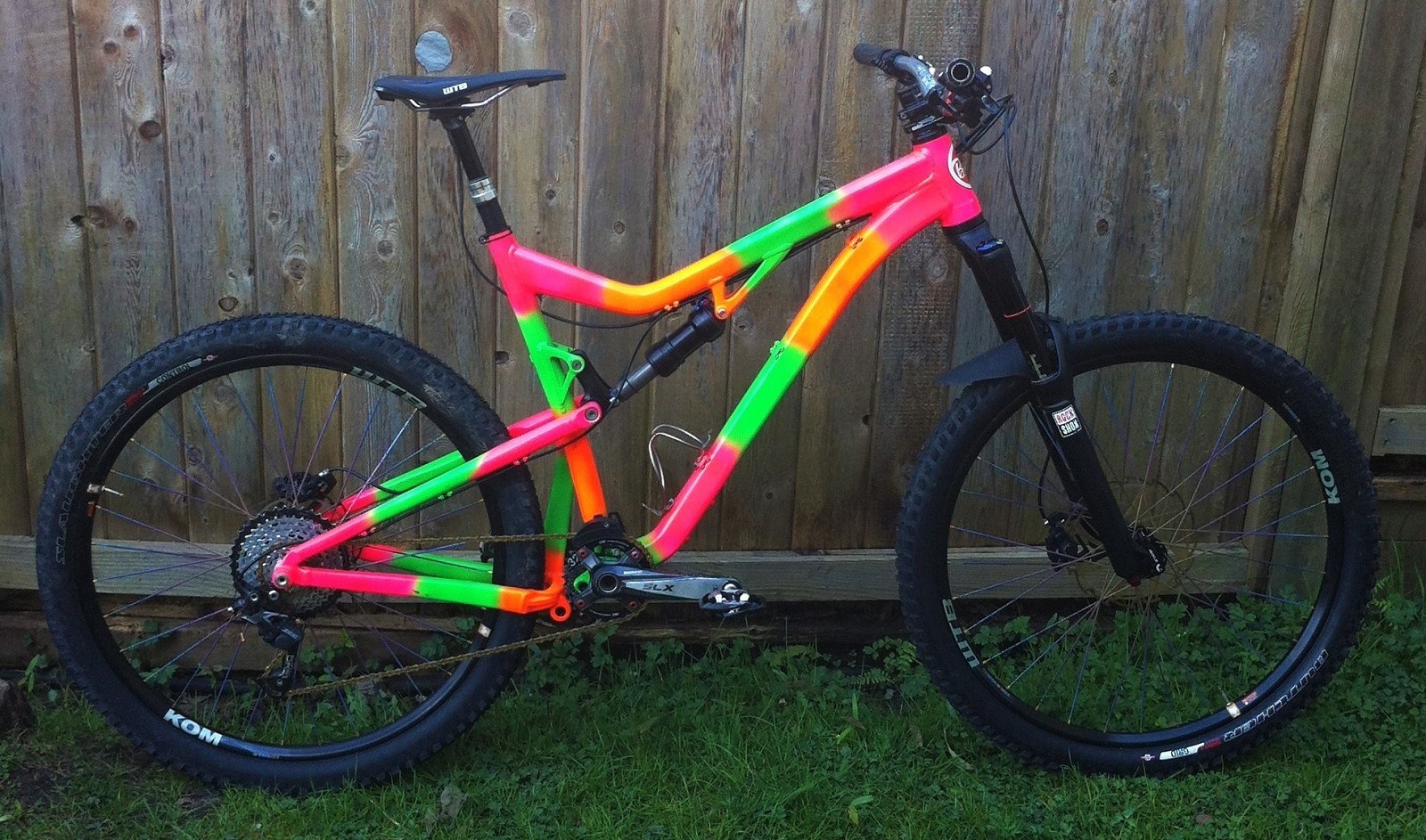 My Bromad resplendent in its hideousness. Since stolen, alas.

The v1 Bronson certainly wasn’t a bad bike, but the field of high end trail bikes is now stacked with some very refined hardware, and with prices pushing 5 figures on premium builds, simply good is not good enough these days. 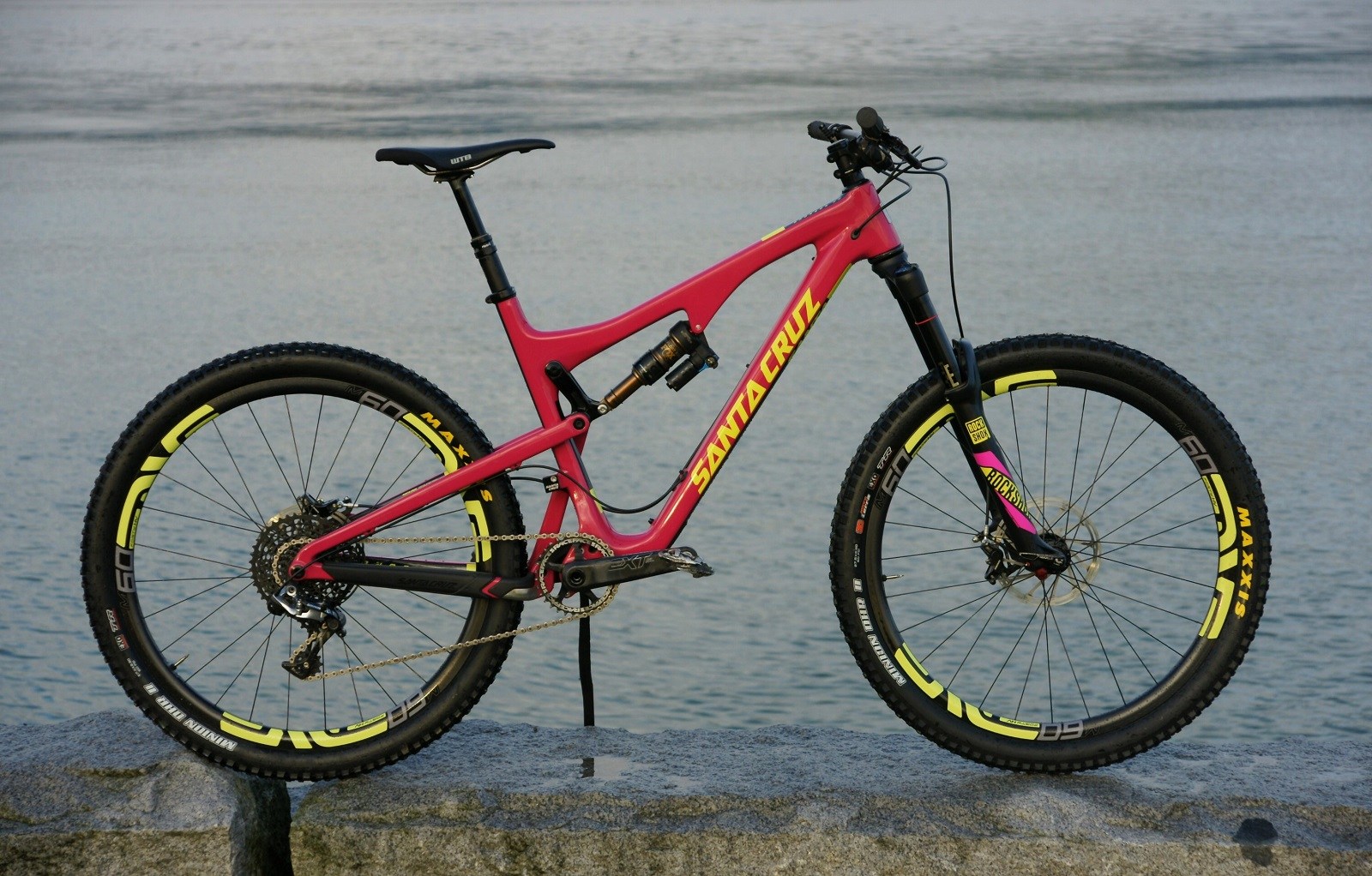 Pretty in pink. Or magenta rather.  Also available in basic black for the understated folk.

Enter the v2 Bronson. There’s no longer an aluminum option, but there are two carbon frames offered with identical geometry – the “CC” that we have here, and the less expensive “C”, that weighs about 1/2 pound more. Taking cues from the Nomad, the swing link pivots have been repositioned, and the chainstay drop below the BB reduced, creating a more streamlined, cleaner aesthetic. It’s a pretty bike. But here’s the important stuff: 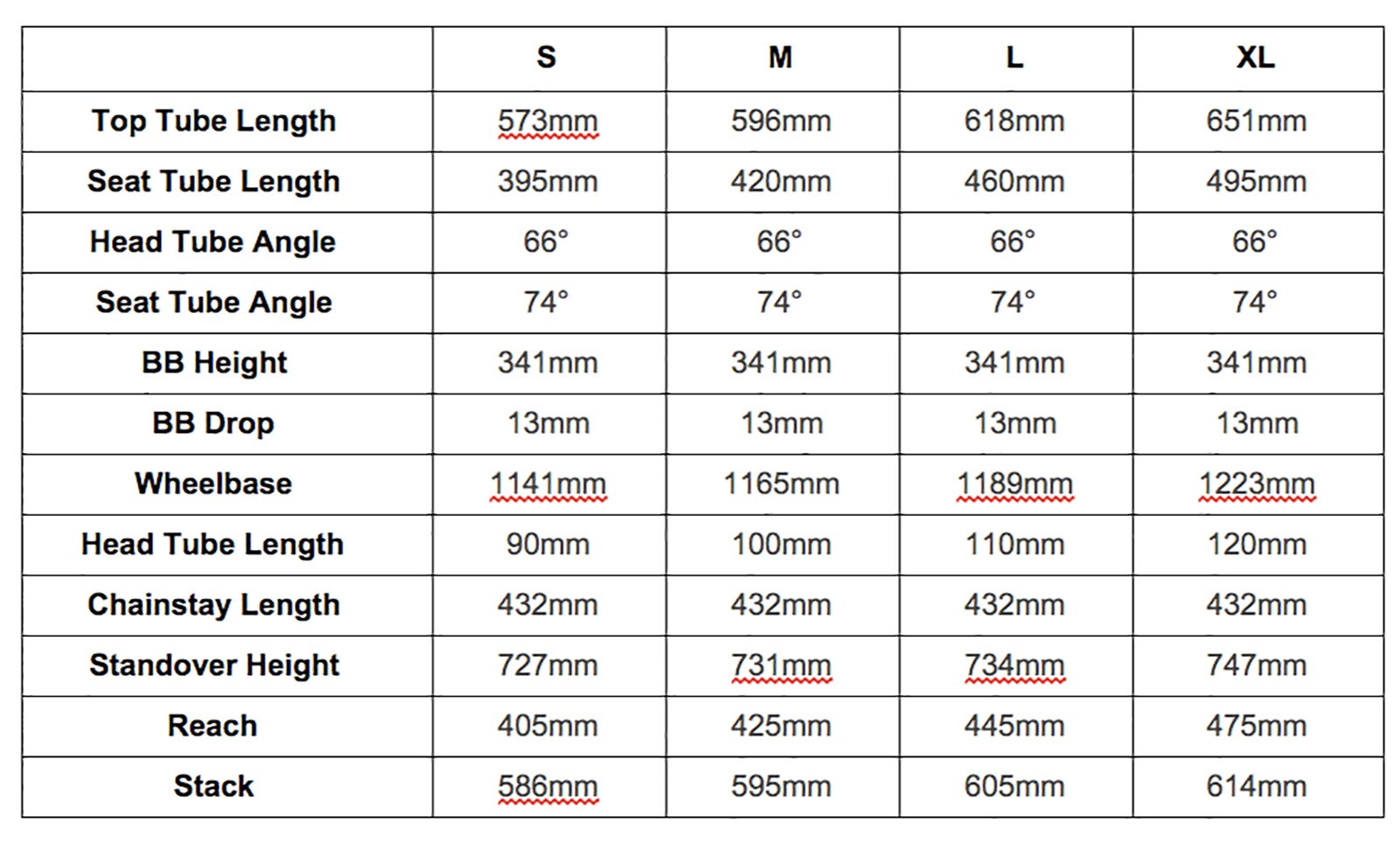 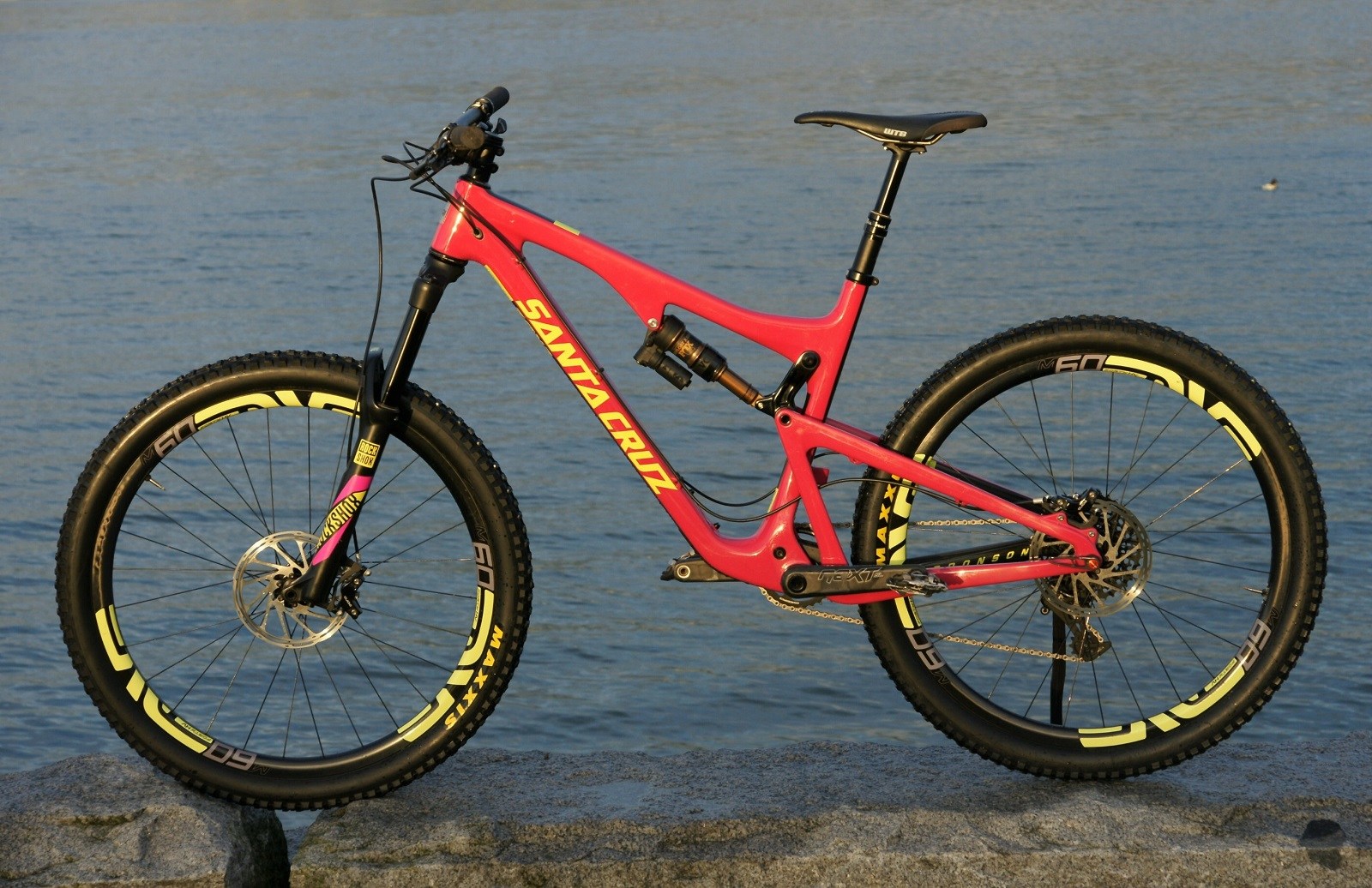 B-side. Basking in a rare moment of Vancouver winter sunshine.

Summarizing changes over the V1:

-Still has 150mm travel
-Still has a properly located water bottle mount (yay!)
-Still has a threaded bottom bracket (yay!)
-Now uses the 148mm “Boost” rear hub standard (not sure what to think yet).
-Weight as tested (size large) is 27.7 lbs with pedals (not included).

Looks great on paper; Santa Cruz has ticked all my want boxes so far. Let’s have a look at the build specs. Unsurprisingly, reviewers rarely receive base spec builds, and this was no exception. What we have here is the high end XX1 build with an Enve wheel option – at an eye watering $10099USD / $12649CAD. Loaded with premium bits from top to bottom; here are the details: 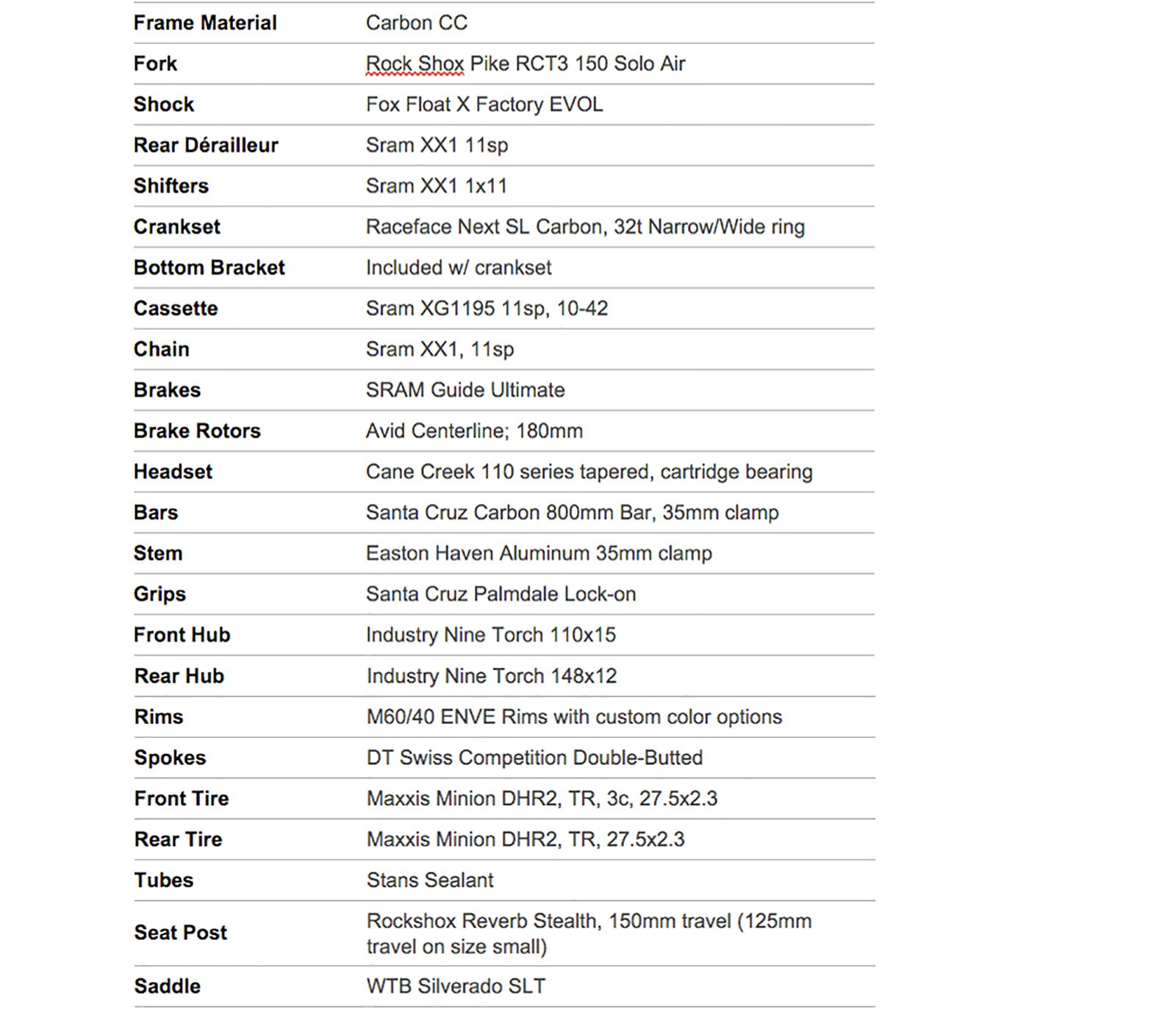 Enough with the jibber jabber; let’s look at some pictures. Starting at the front: 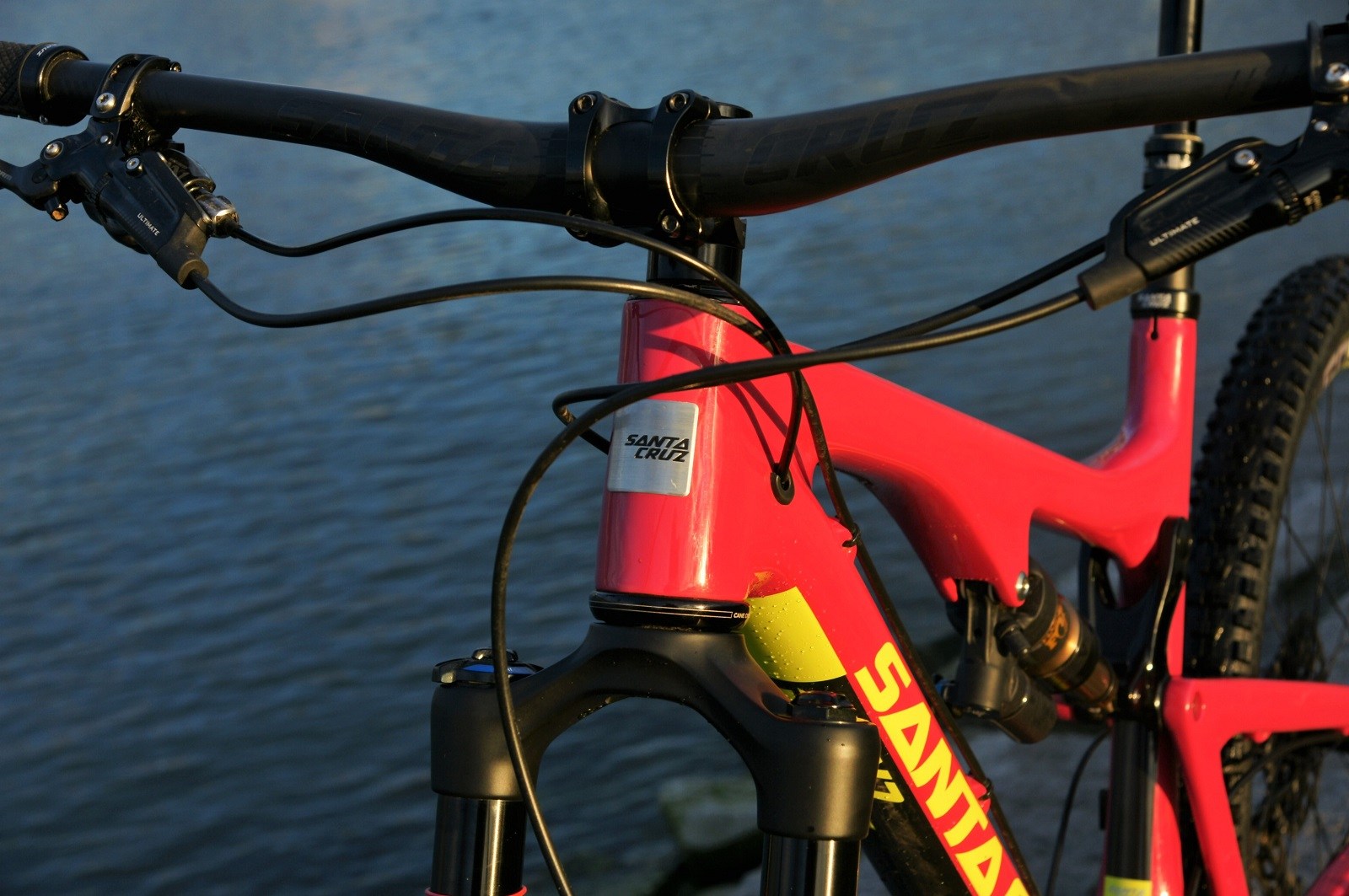 Clean head tube badge. The house brand Carbon 800 bar is properly long (800mm, if you hadn’t guessed), and has nicely understated graphics. Note that the rear brake line is not internally routed (unlike the dropper post remote and derailleur cable); for ease of brake service, this I like. 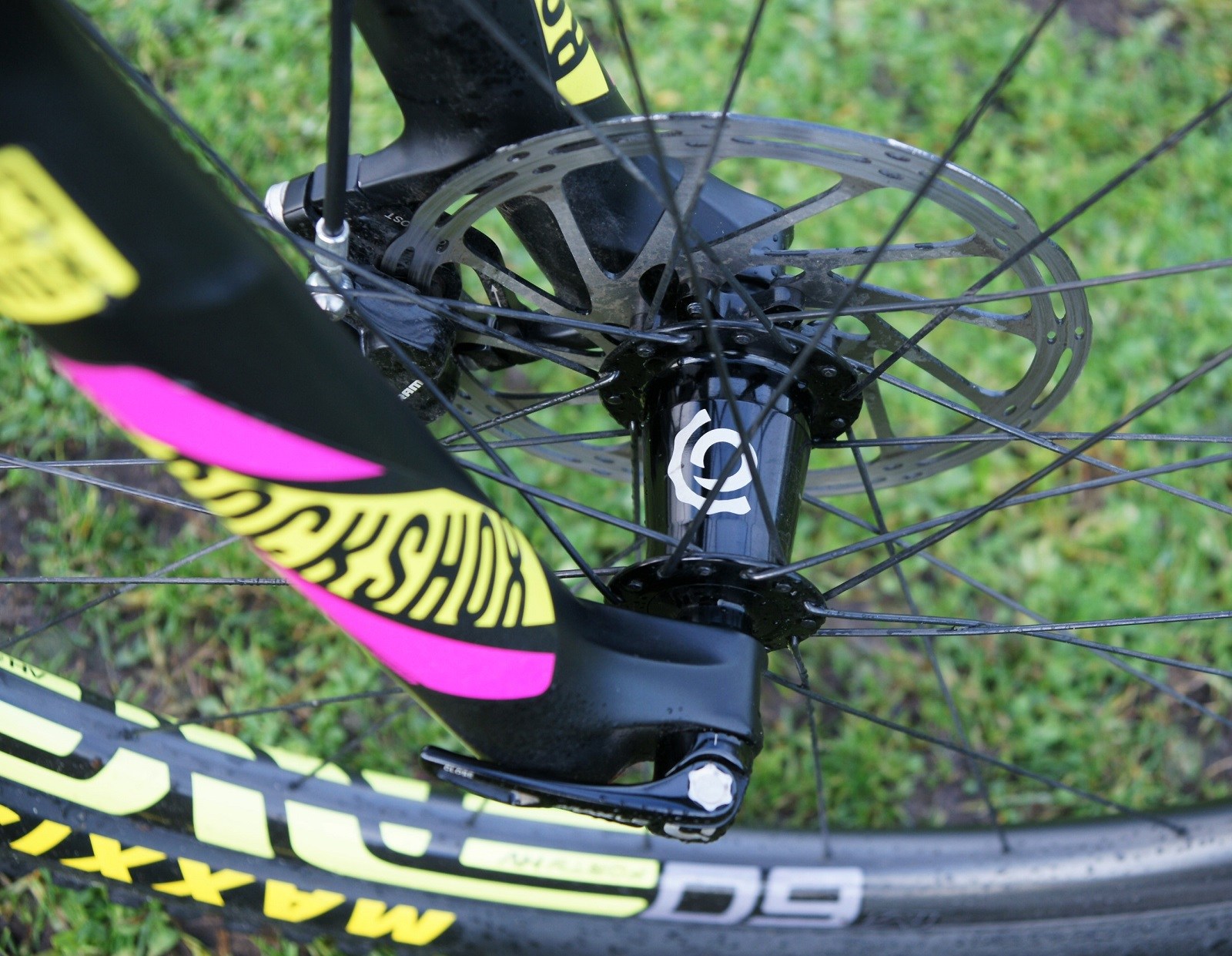 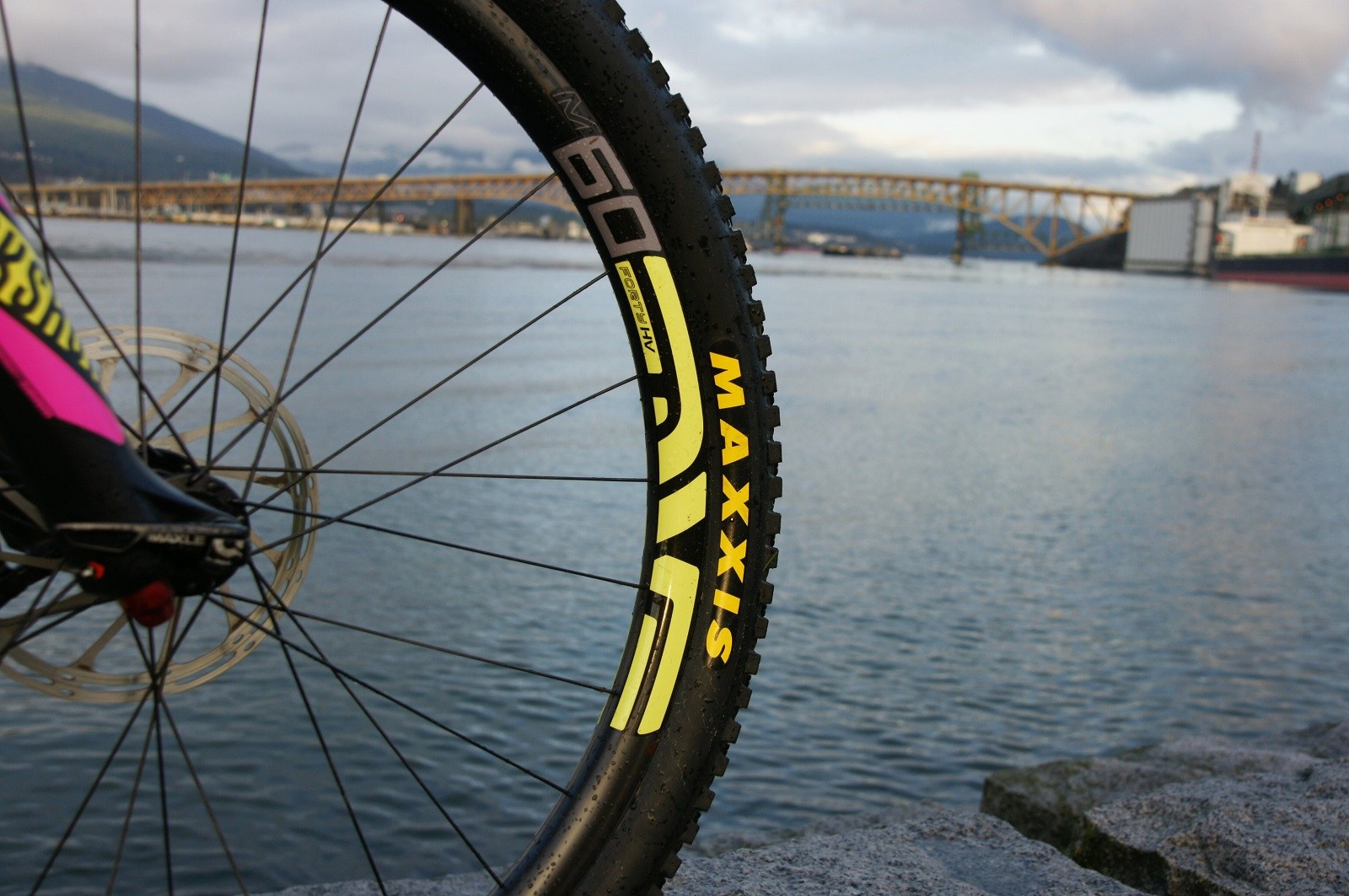 The Enve M60 Forty HV wheelset. Light, stiff, and a $2k upgrade. The Maxxis DHR II on the front is atypical – but works well. The bike also ships tubeless with Stans sealant. Hints that this bike was spec’d by riders. 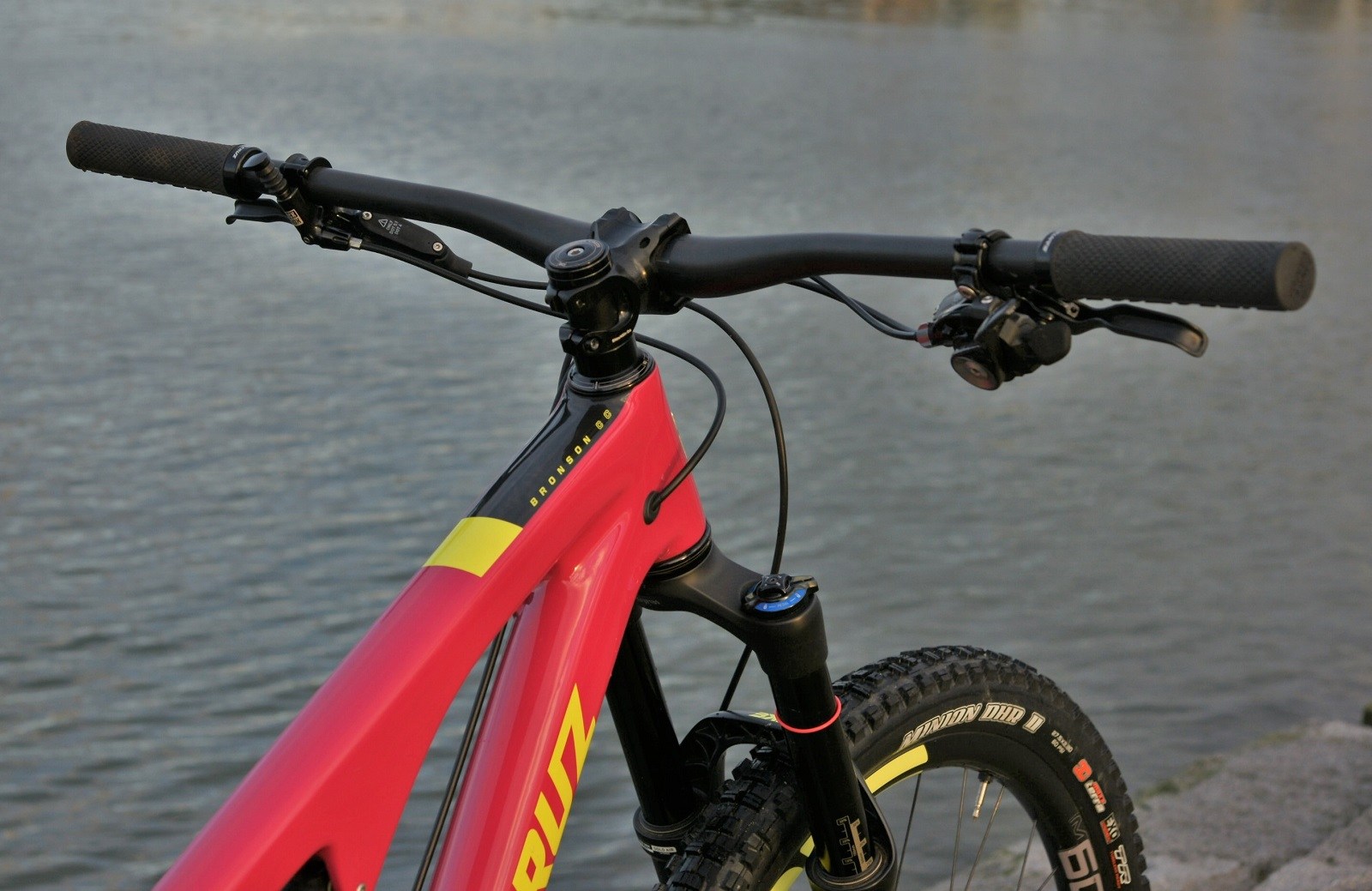 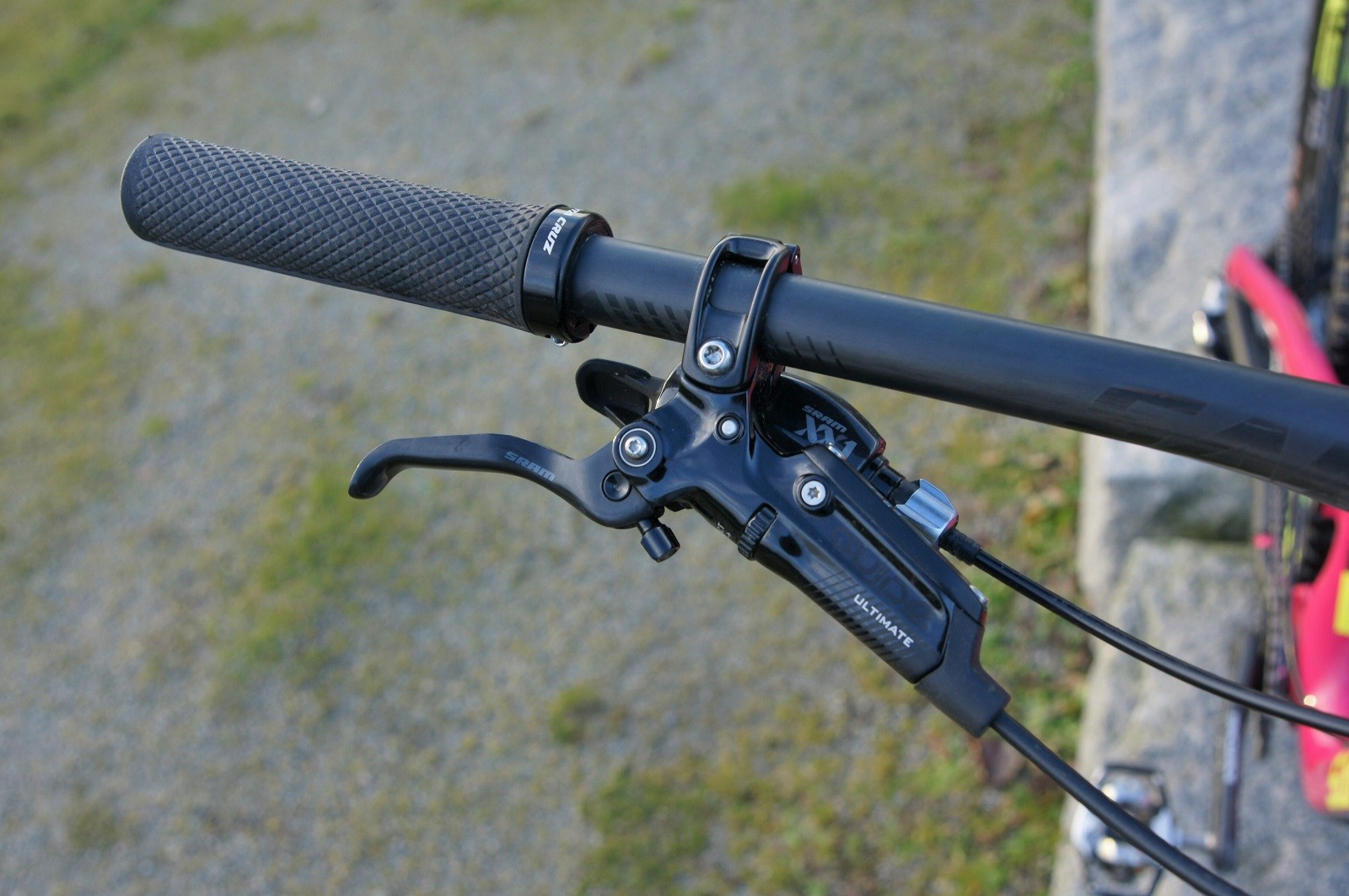 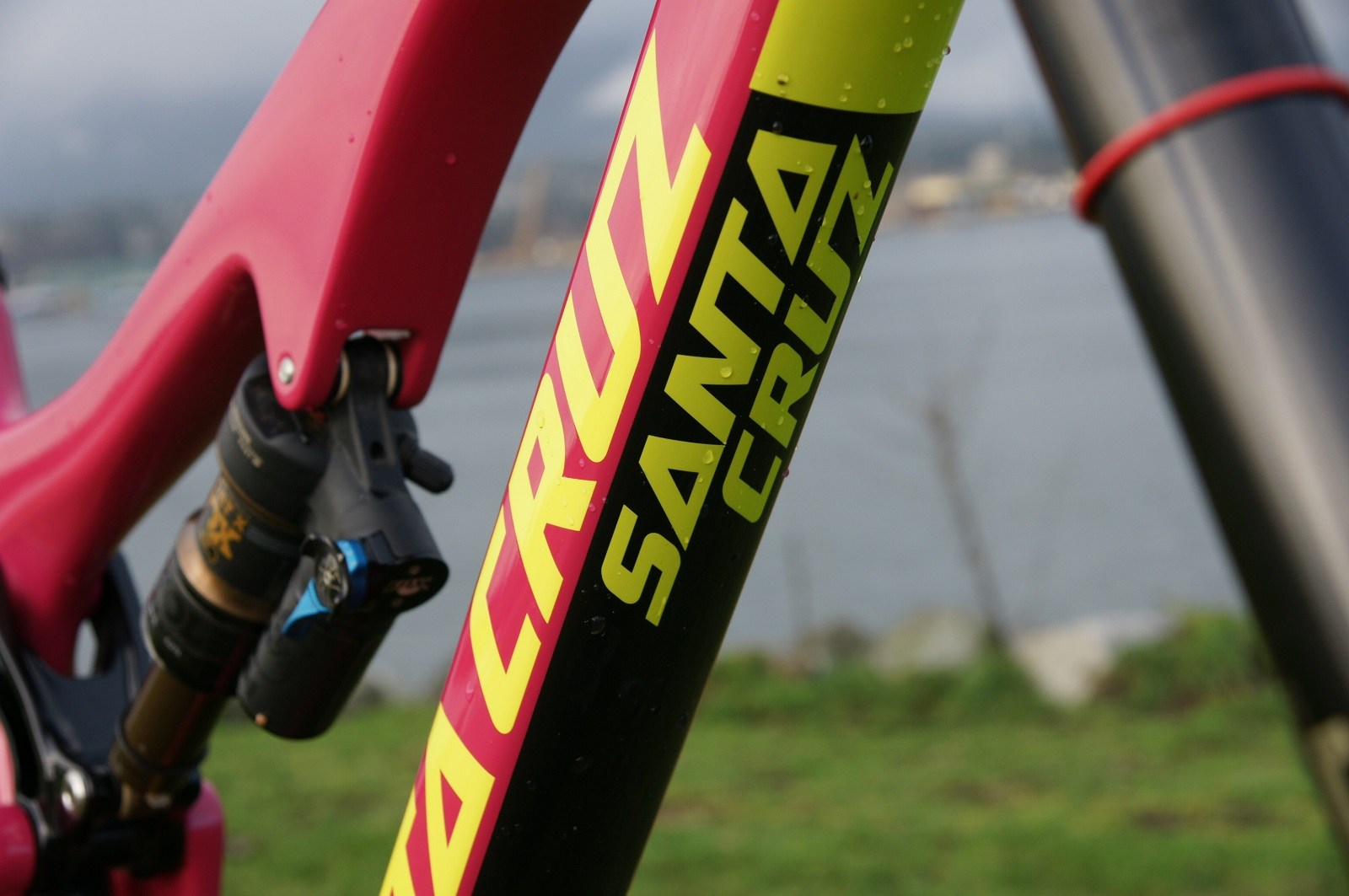 Lingering over the tidy graphics for a moment. 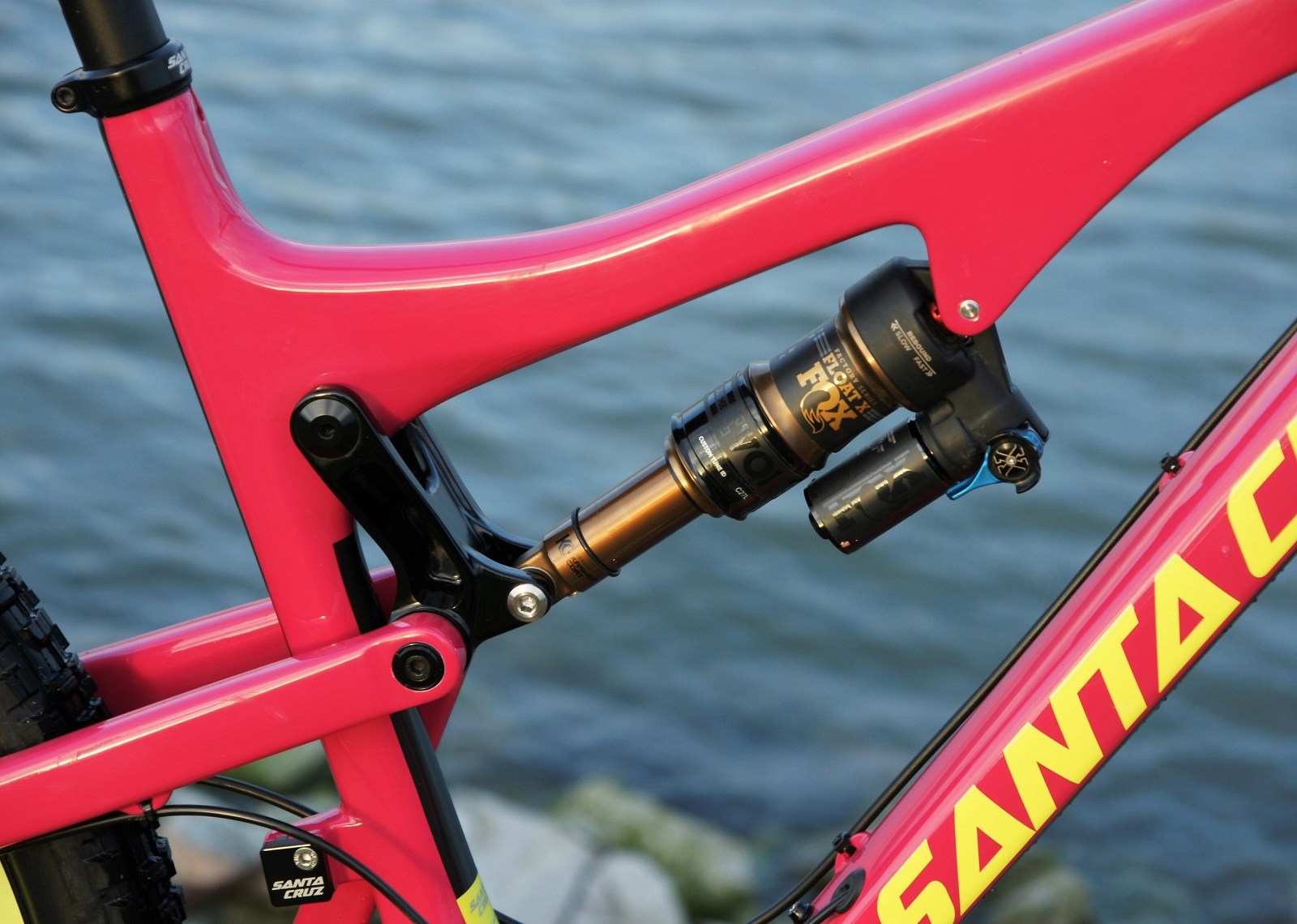 A Kashima coated Fox Float X, with the shapely EVOL air can. The rebound knob is buried near the forward eyelet – no tool-free adjustment there, alas. The upper link pivot has migrated to the seat tube-top tube junction – making for much cleaner lines than the previous Bronson. 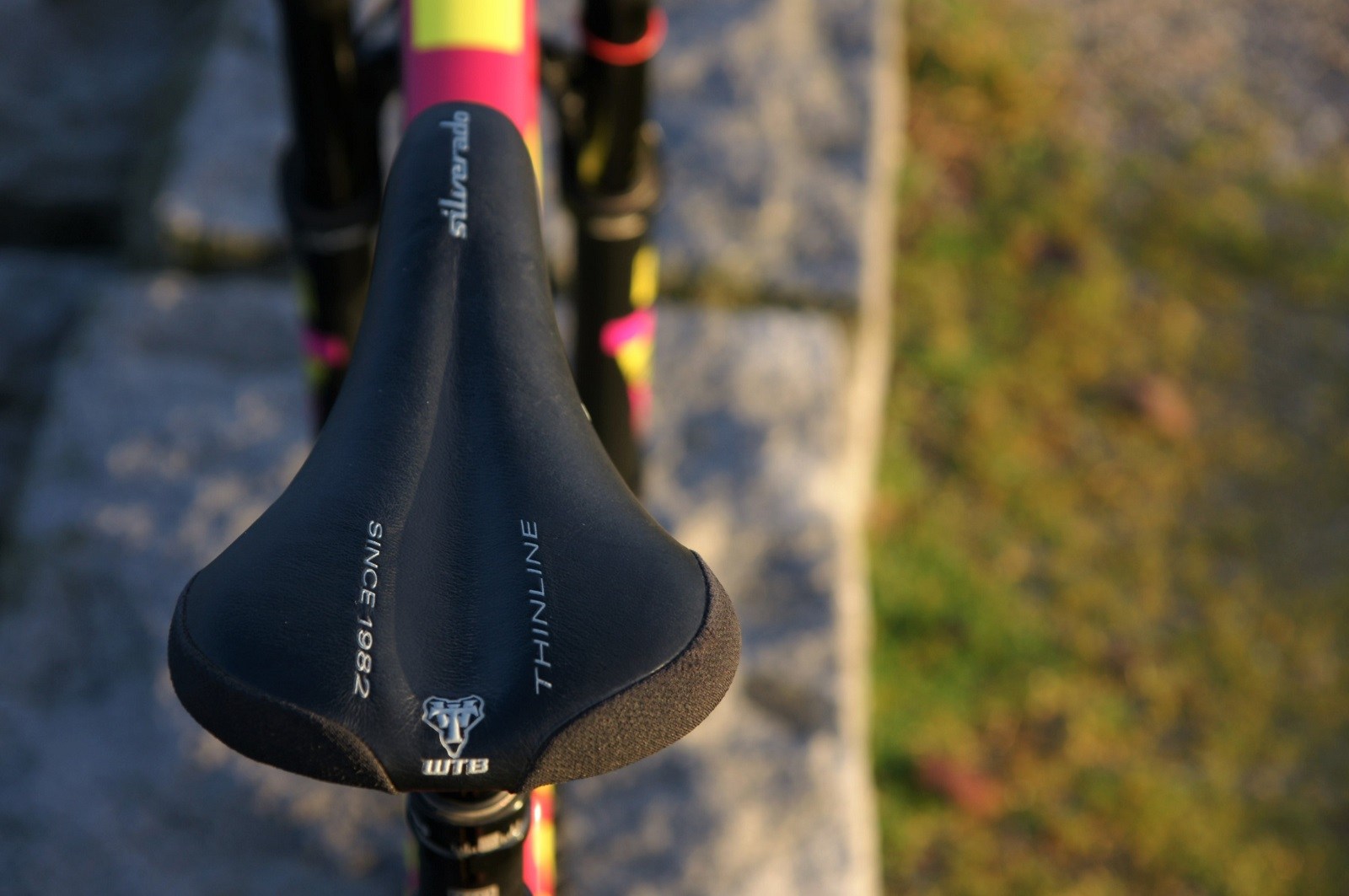 WTB in the sitting dept. Supported by the ubiquitous Rockshox Reverb Stealth. 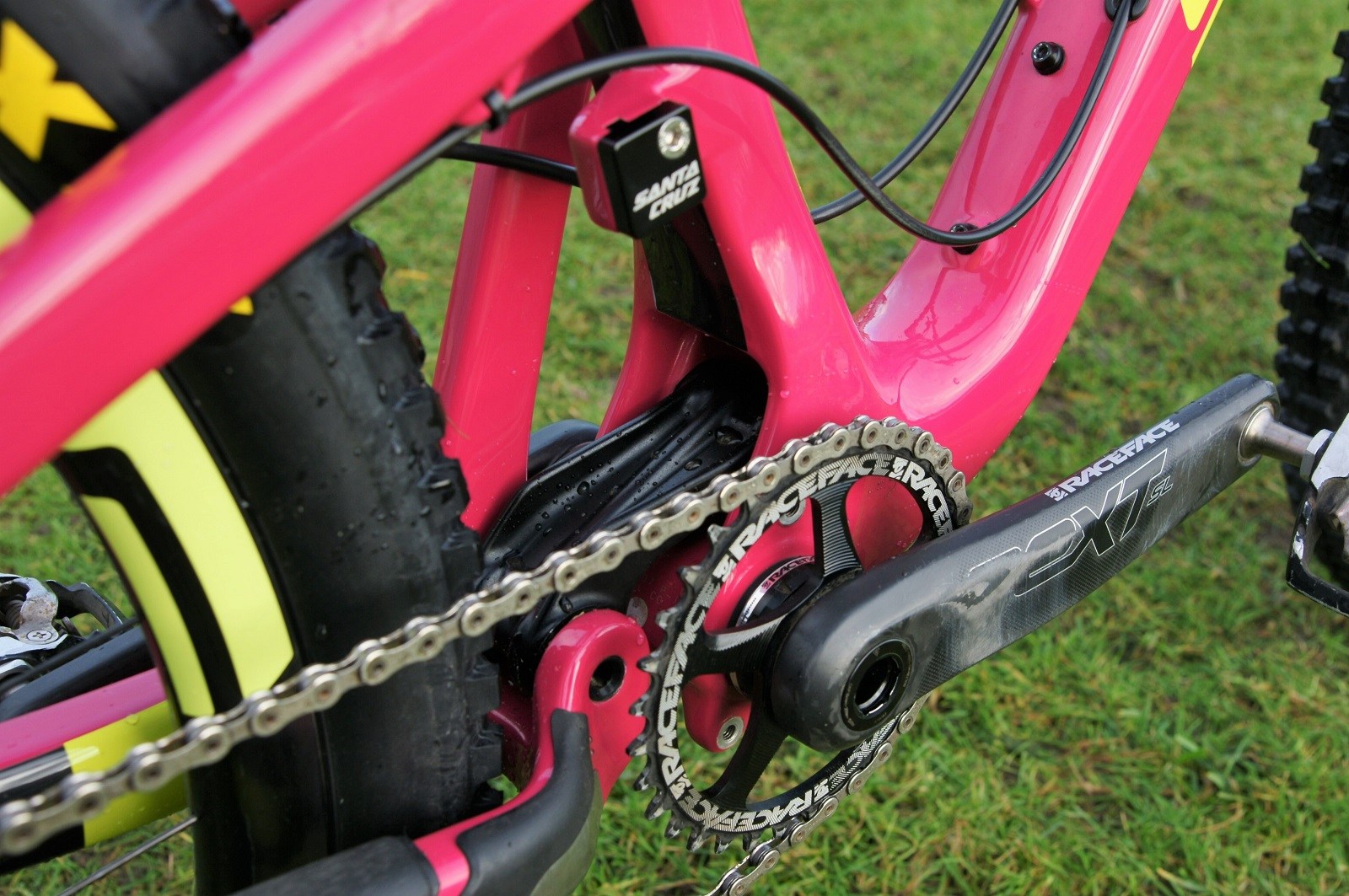 The lower link is now relocated into a pocket above the bottom bracket. Yes, it’s a bit of a mud shelf. It hoses out easily enough; we’ll see if there’s any long term repercussions. Cranking duties c/o the very light, very carbon Raceface Next SL cranks. Alas not impervious to abrasion. Some nicely integrated protection on the chainstay. The front derailleur mount is a bit of a carbuncle, though given given the versatility of the bike, I suppose it makes sense to appease those who run the infernal devices. The mount cover is tidy, if not superfluous. 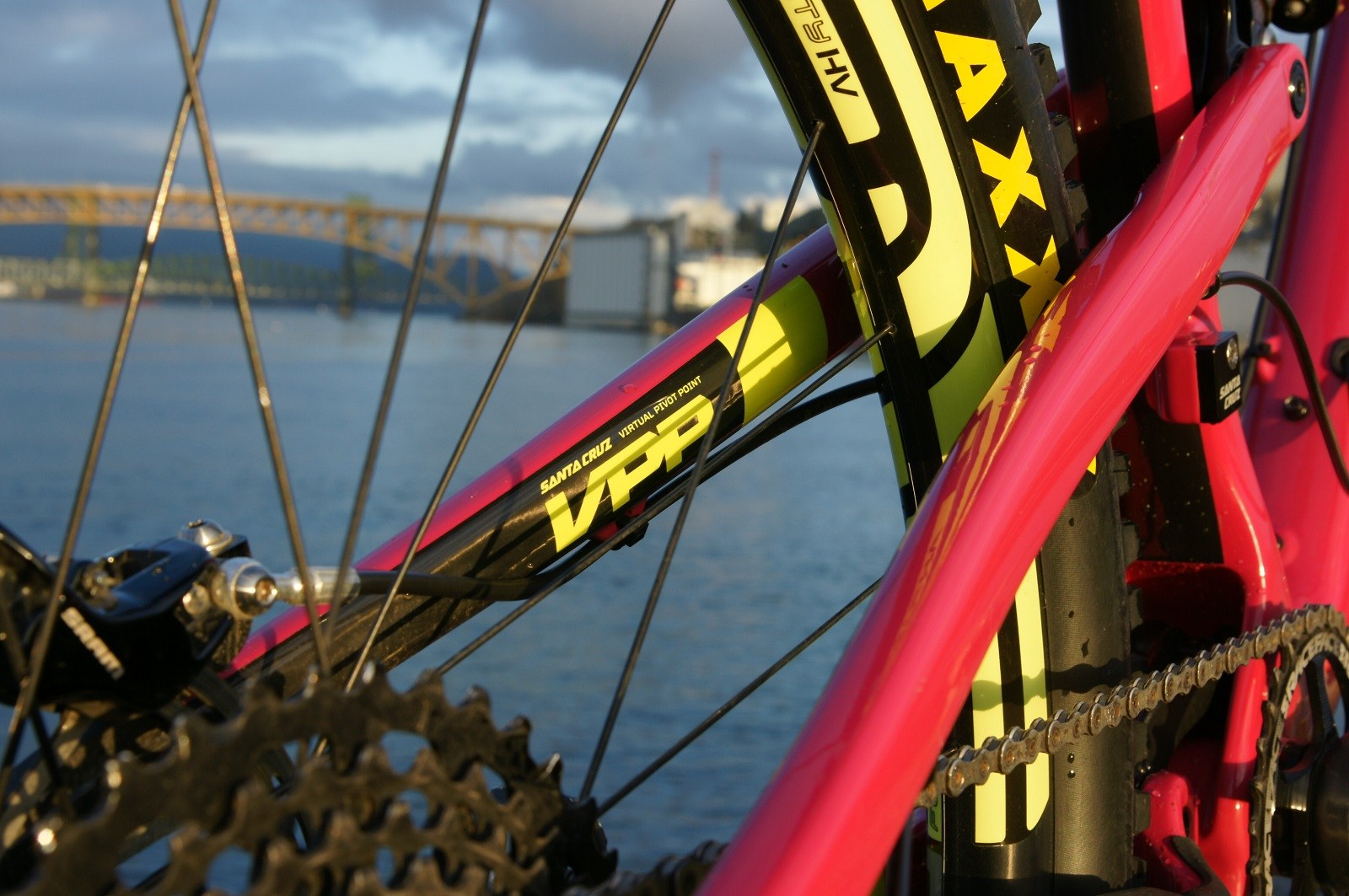 The VPP. Refreshingly, this is the only acronym you’ll find on the frame. 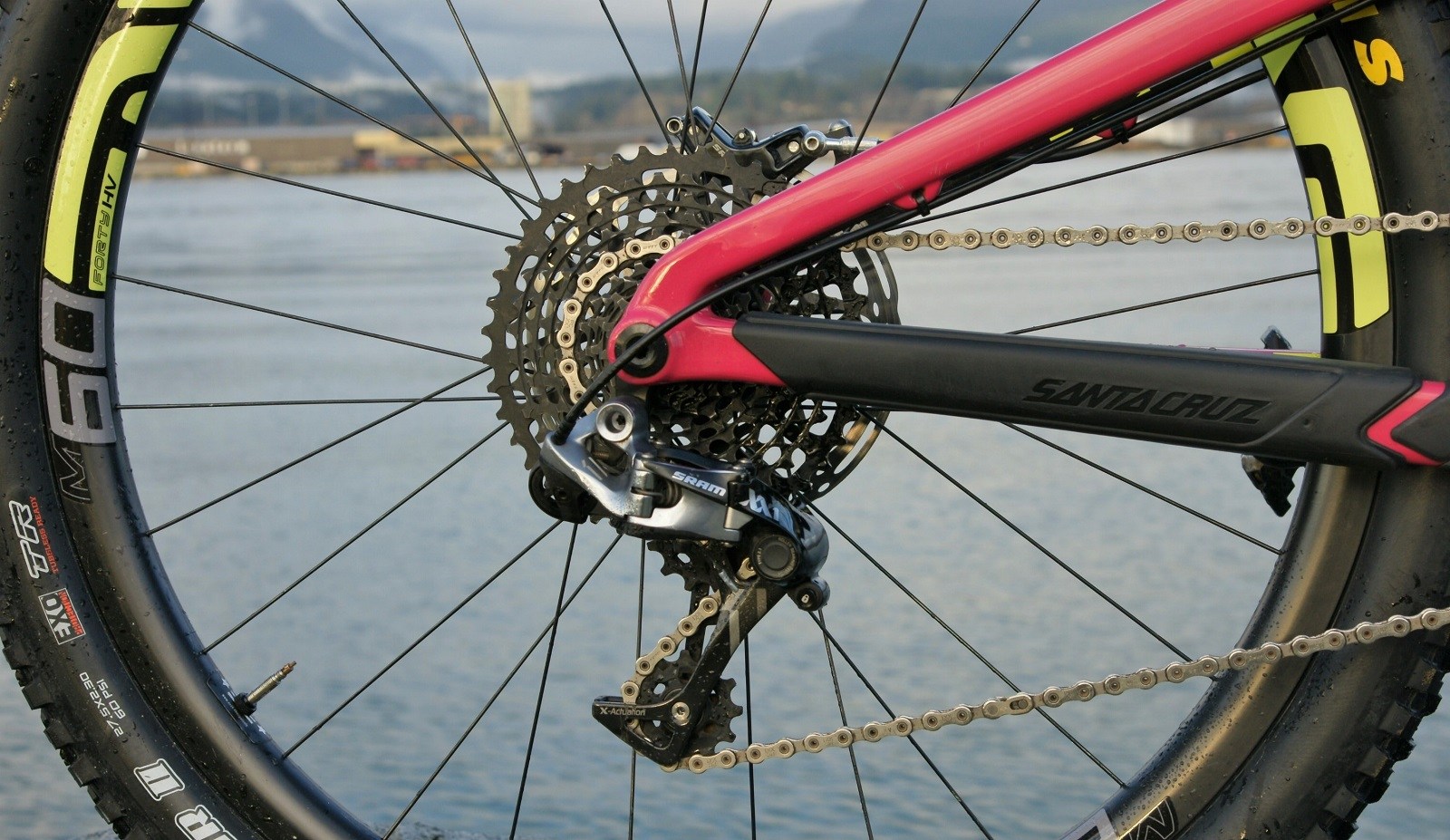 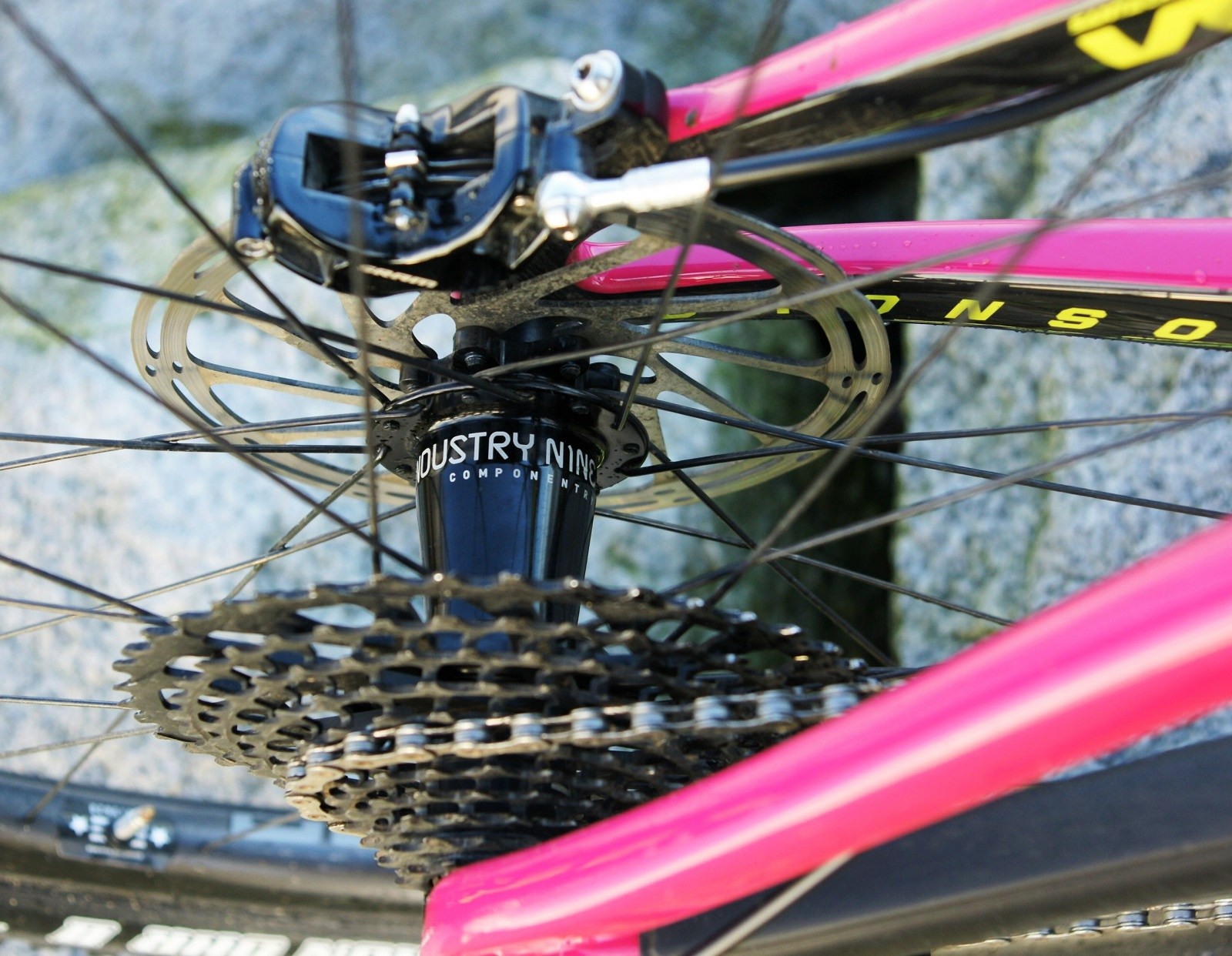 Industry Nine rear hub with Swarmofangrybees freehub technology. I could care less about the many engagement points, but they sound so rad. The Guide rear brake clamps a 180mm rotor. 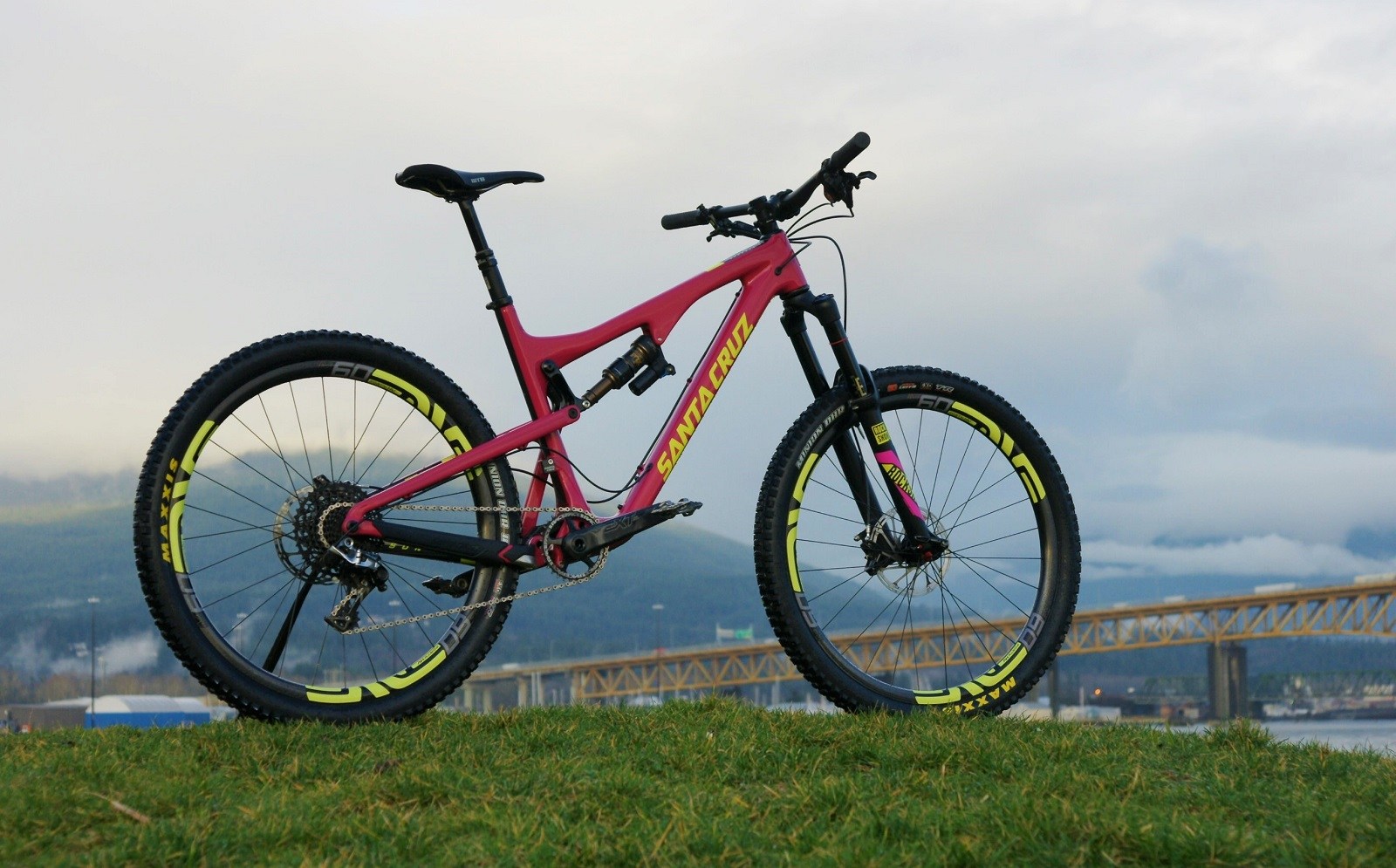 I’ve had a few rides on the Shore in between (or in the middle of) winter monsoons and my first impression is such: it’s really good. Of course, one should expect superlatives at a five-figure price point, but I’m impressed with how sorted all aspects of this bike are. From fit & finish to spec, to suspension performance & geometry – it’s well dialed. I was immediately comfortable on board, and there’s an added element of playfulness that the v1 Bronson lacked. I’m looking forward to spending more time on the bike and I’ll follow up in my long term review with a bunch more performance related detail. If you have any specific questions to consider, let me know in the comments.

Hey, can you comment on the Mach 6 compared Bronson?

Curious how it will climb for a tall guy with the seatpost height maxed out. That actual seat angle (vs effective) doesn't look great. Not as bad as their new 29er but still looks like you might be falling off the back.

Why would you buy this over a Nomad or vise versa since they seem to have a very similar spec.

Att all bike companies. : either do all lines inside for a clean look , or keep em all on the outside(and save a little on fabrication) . Its not that hard to bleed a rear brake. And what really is the reason for putting gear lines inside ? , easier cleaning ? , not really when u still have 1 cable on outside and most internal gearlines use full lenght outer anyway.

Casper: we put gear lines inside for two reasons: 1. less cablestops needed for 1X and 2X options. 2. Its pretty nice and clean.
The reverb stealth is internal routing by default - so that one is a given.

Brakes aren't that hard to bleed, but it doesn't stop people from bitching about having to do it. There are solutions like Sram connectamajig, but its also a long round metal thing that has to fit through all the internal molded tubes, which has its own set of challenges.
Its also easier to pack bikes for travel if you snip zip ties on the hydro hoses. Opening your bike in a foreign land and realizing your brake hose was damaged in transit from a kink is a drag.
hope that helps

Joe, since you're here…can we get the Heckler updated with this geometry…and a bottle mount inside the frame?
Pretty please. However you want to route the cables, I'll leave that up to you. Thanks.

Second this. Just got a Remedy 9.8 and can confirm: external routing for rear brake is most appreciated. The travel part of it seals the deal.

Leave everything external, but the dropper. Less cost, less hassles and it works great.

I think SC has nailed it with their cable routing. IMO no one does it better (5010, Bronson, Nomad, Hightower all the same).
One of the reasons I got a v2 5010 - as well as being a dynamite bike of course - was for the routing. Such a clean looking frame -- and it makes the bike SO easy to clean for those of us in mucky climates. And zero cable rattling.
I have no problems they've left the rear brake line exposed. Since it sits above the downtube - unlike the Ibis HD3 where the brake line (again the only line exposed) runs under the downtube - it keeps cleaning easy. And f course there's the simpler bleeding element too.

I just built up a new Patrol Carbon at work today, and I've gotta give them kudos, too: the internal routing is a breeze. (Hooray for T.I.T.S!) Compare that with a 2016 Troy which has a port on the chainstay for shift cable routing that's too ^$%ing small for the housing. (On the bikes I've built, the '16 Troy c'stay changed from last year. It s-u-c-k-s.)

How tall are you? I was wondering RE: you opting for the XL.

NSMB did a sweet long term review on the kona process 134. I would love to here a little comparison.

Strange comparison, maybe a 2016 153 would be a more apples to apples? I say 2016 because of the updated seat tube, stays and gusset which dropped a bunch of frame weight.

Yeah, the 153 would be a closer match in terms of travel, though it's their de facto enduro rig, so that'd align it more with the Nomad. Kind of in between. Anyways, I've not ridden either of the new Konas, though they do look solid on paper. If we have one kicking about…

I always thought the 153 was closer to the Nomad and 134 was closer to the Bronson? That's one of the reasons I would love to see a comparison. In all honesty I own the 134 with a 150mm pike and it mobs up and down. I tried a Bronson 2 years ago and I was not impressed but that was the old version.

Yeah you're probably right, but the geo is more in line with this new Bronson. I've actually gone from the Newmad to the newest 153. Very different feel. Different strokes for different folks, I like it a lot:-) I know a few people that are on the new Bronson, and they like it a lot, night and day from the previous generation. More supple, more room, etc…

You ever take it off any sweet jumps? I.e. Is it poppy? Or is it a more grounded to the ground kind of ride?

Why yes, I have. It has a nicely supported mid-stroke that does give it decent pop. It's fun.

is this swarmofangrybees freehub technology some new standard????

Looks like they took colour cues from Perry's Bromad.