Jon Harris travelled to California to visit Ibis in November to get a first ride on the new Mojo HD3 – and he came back impressed. Geometry and suspension tweaks answered a lot of the questions riders had about previous generations of Mojo HD. The cockpit is now longer, the stays are shorter, the overall wheelbase is only slightly longer, it apparently climbs better; and now it bounces a full 150mm/6″ with 650b wheels. 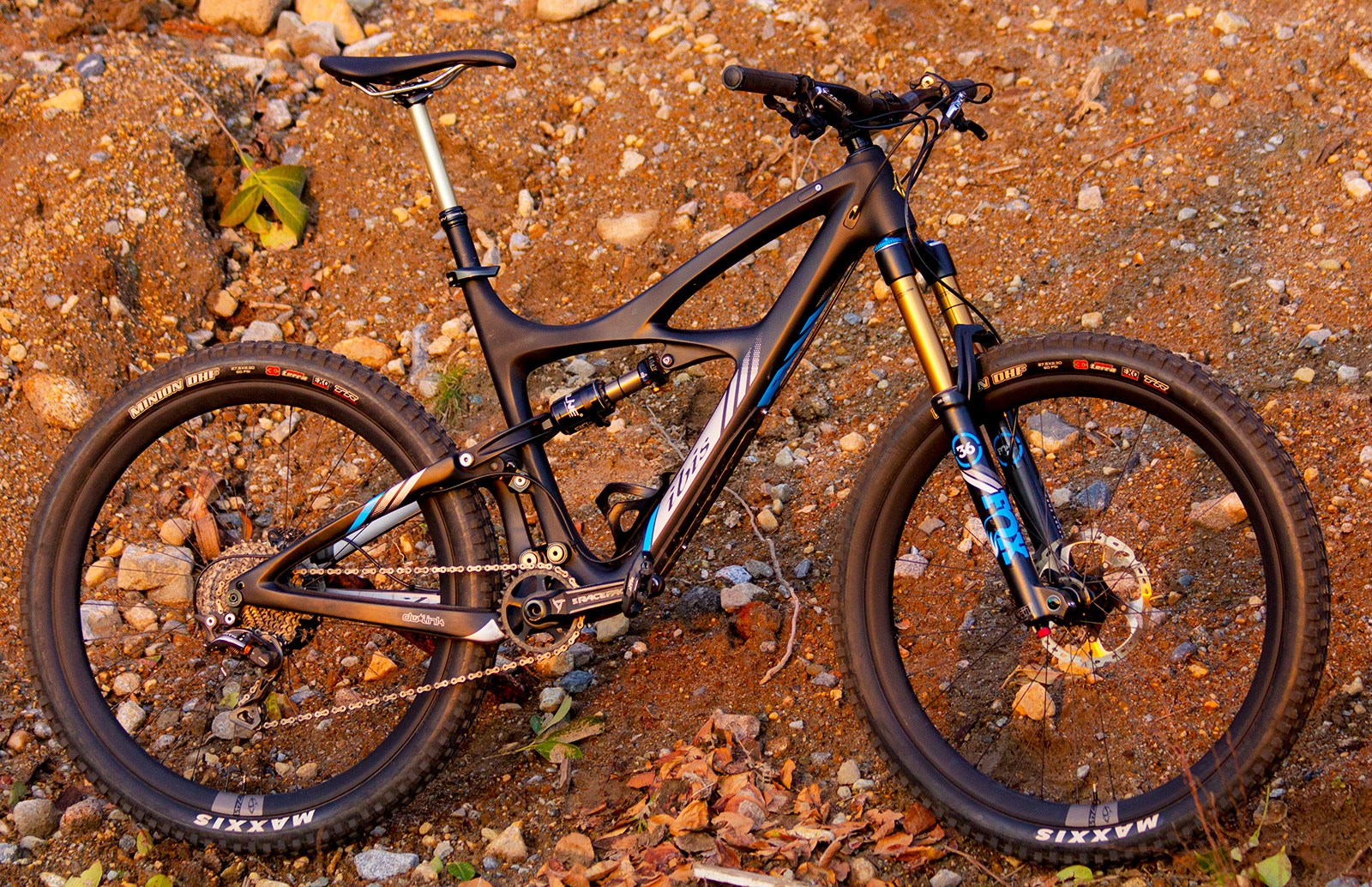 The HD3 is pure Ibis. The design language is unmistakable – but you’ll notice that our tester came with a bottle cage mounted to the top of the downtube. Ibis also put some more room in the cockpit, took some length out of the stays and slackened the front end. A little. The optional poly-carbonate down tube guide was installed on our tester.

If this sounds to you like it’s aimed at the *cough* Enduro market, you are clearly well caffeinated today. Anne Caroline Chausson was on a pre-production version of the HD3 at the Whistler EWS, and it seemed to meet her needs. She was third in Whistler and then she won the last round in Finale Ligure convincingly, taking first in every stage. 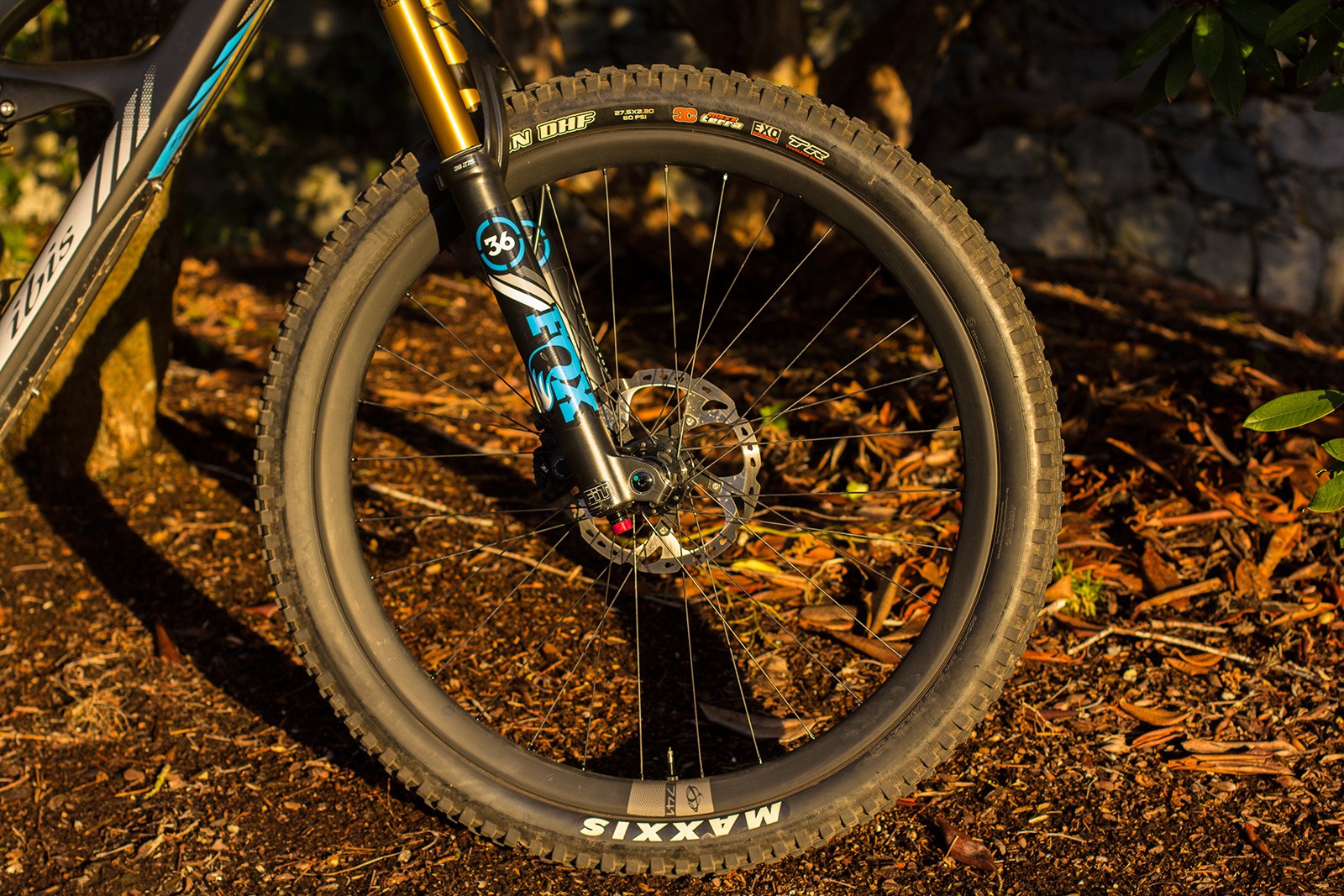 One of the strengths of the build comes straight from Ibis. This level of trim (XTR 1X WERX) includes Ibis’ 741 wide carbon wheels. We’ve been on a set of these for some time and they have been flawless. Light, wide and incredibly stiff, they are even good value when purchased in the after market. The Fox 36 RC2 160mm is a great fit for this bike.

You might be thinking that ACC could win on an early ProFlex – and you are probably right. So we’ll be putting a rider from the mortal ranks aboard, to see if the bike can help one of us achieve other-worldly results. 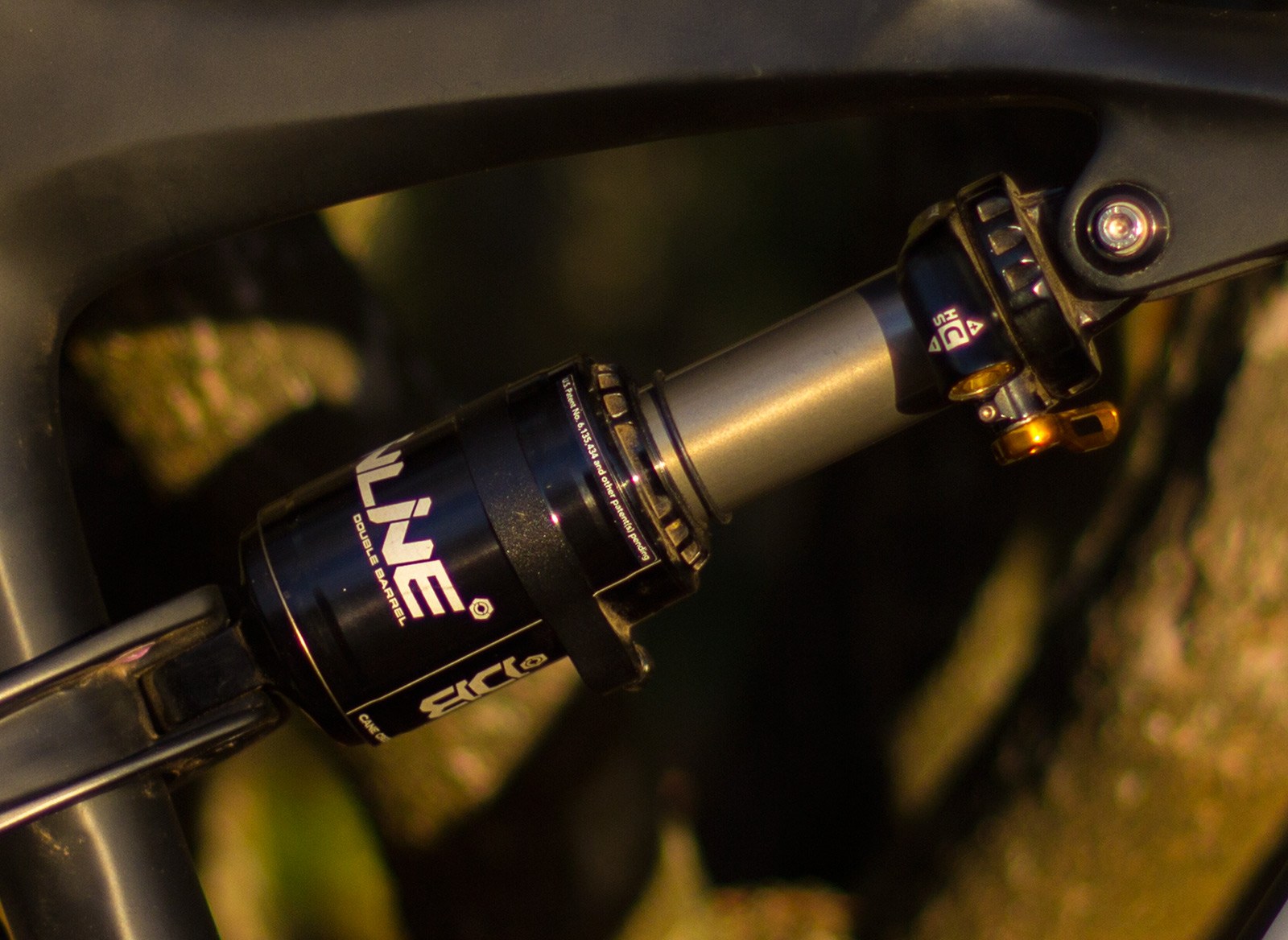 Several of us have ridden the Cane Creek DB Inline rear shock in one-off situations but this is the first time we’ve had it on a long term test bike. Based on our experience with the Double Barrel my expectations are high. The DBinline weighs approximately 295 grams, saving you 200 grams over the DB Air. 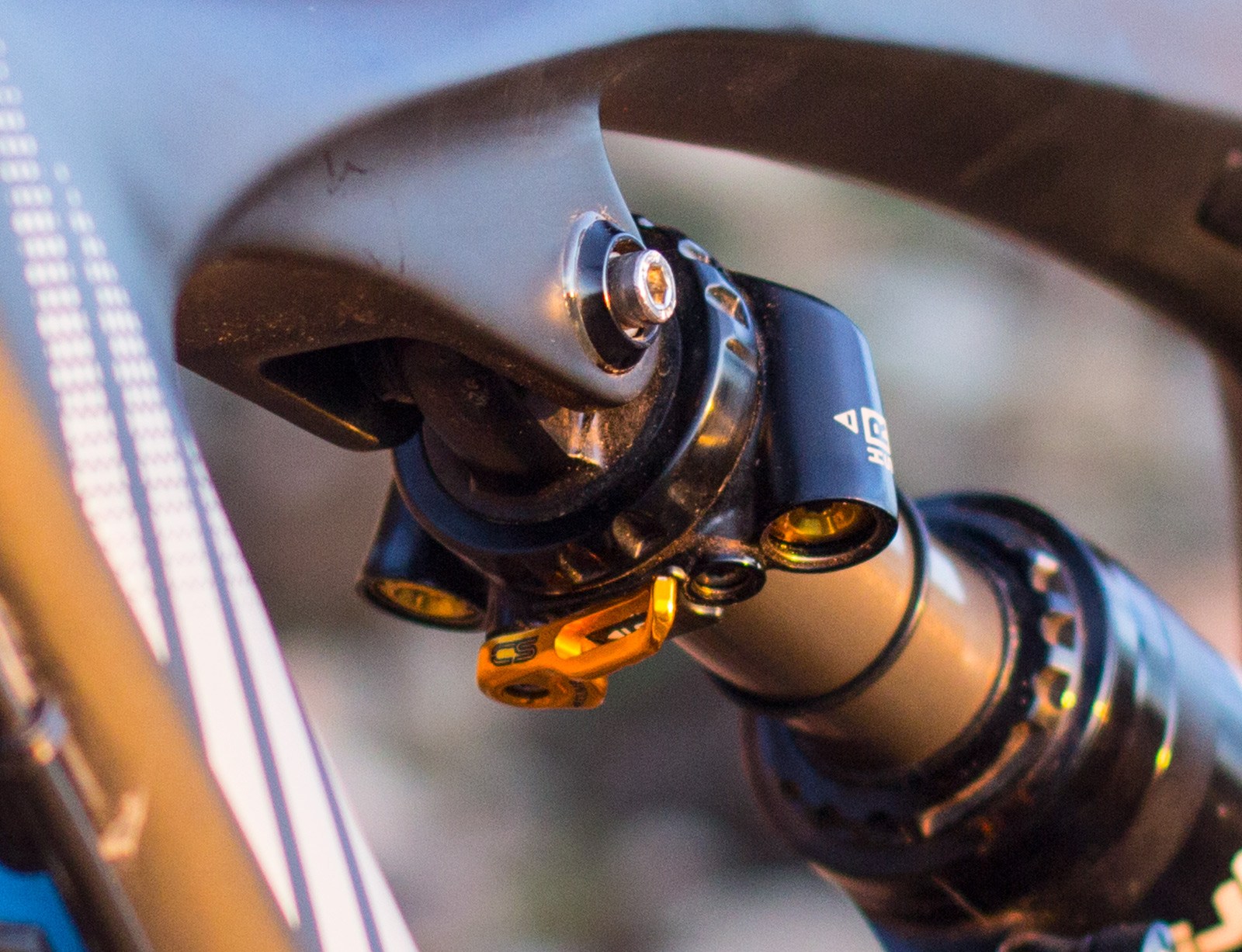 The original DB Air came with a tool to perform trail side adjustments. The DBinline’s four damping adjustments (high and low speed for both rebound and compression) are manipulated with a 3mm Allen key. The shock is also equipped with a climb switch to firm up the compression for the way up. 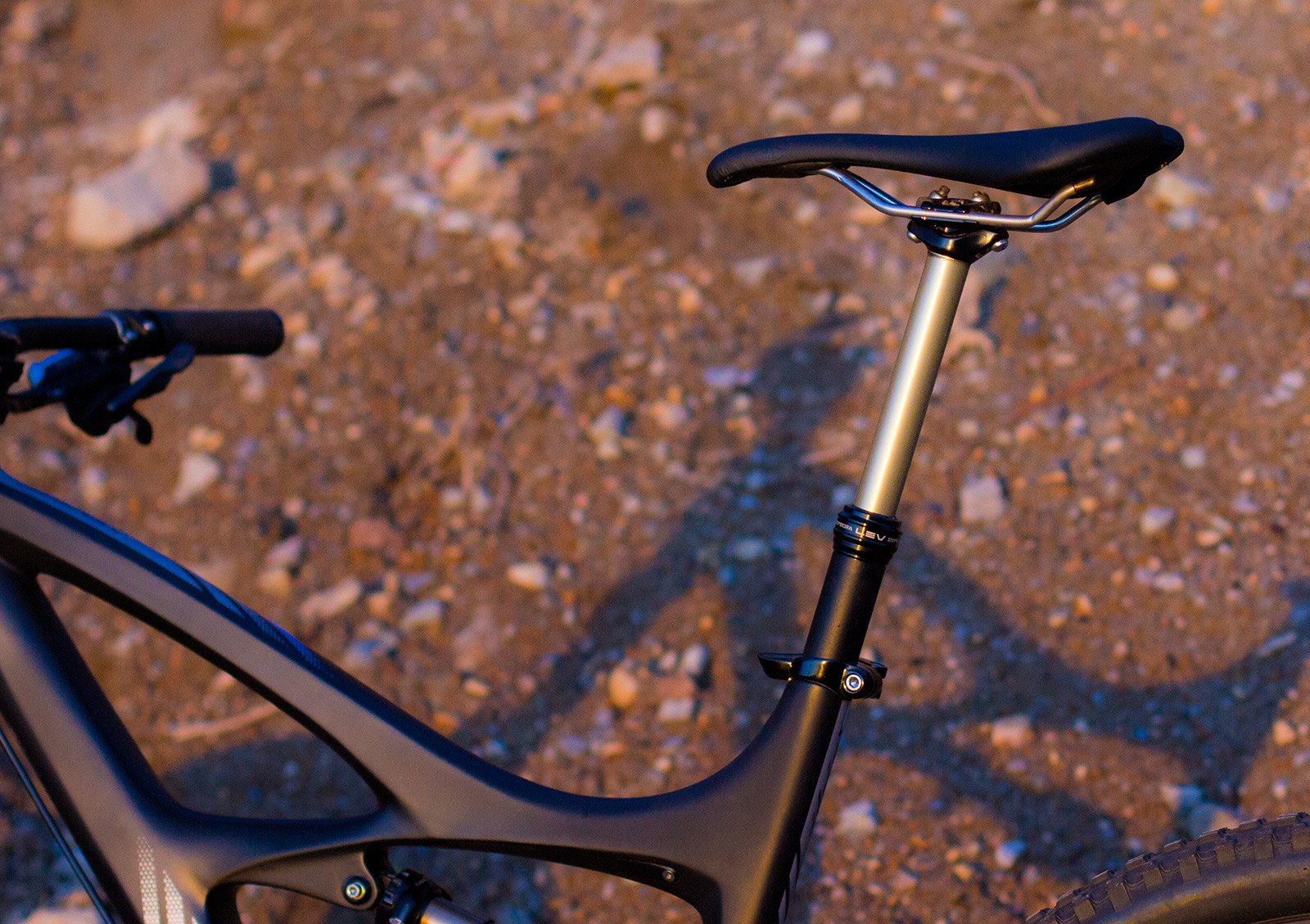 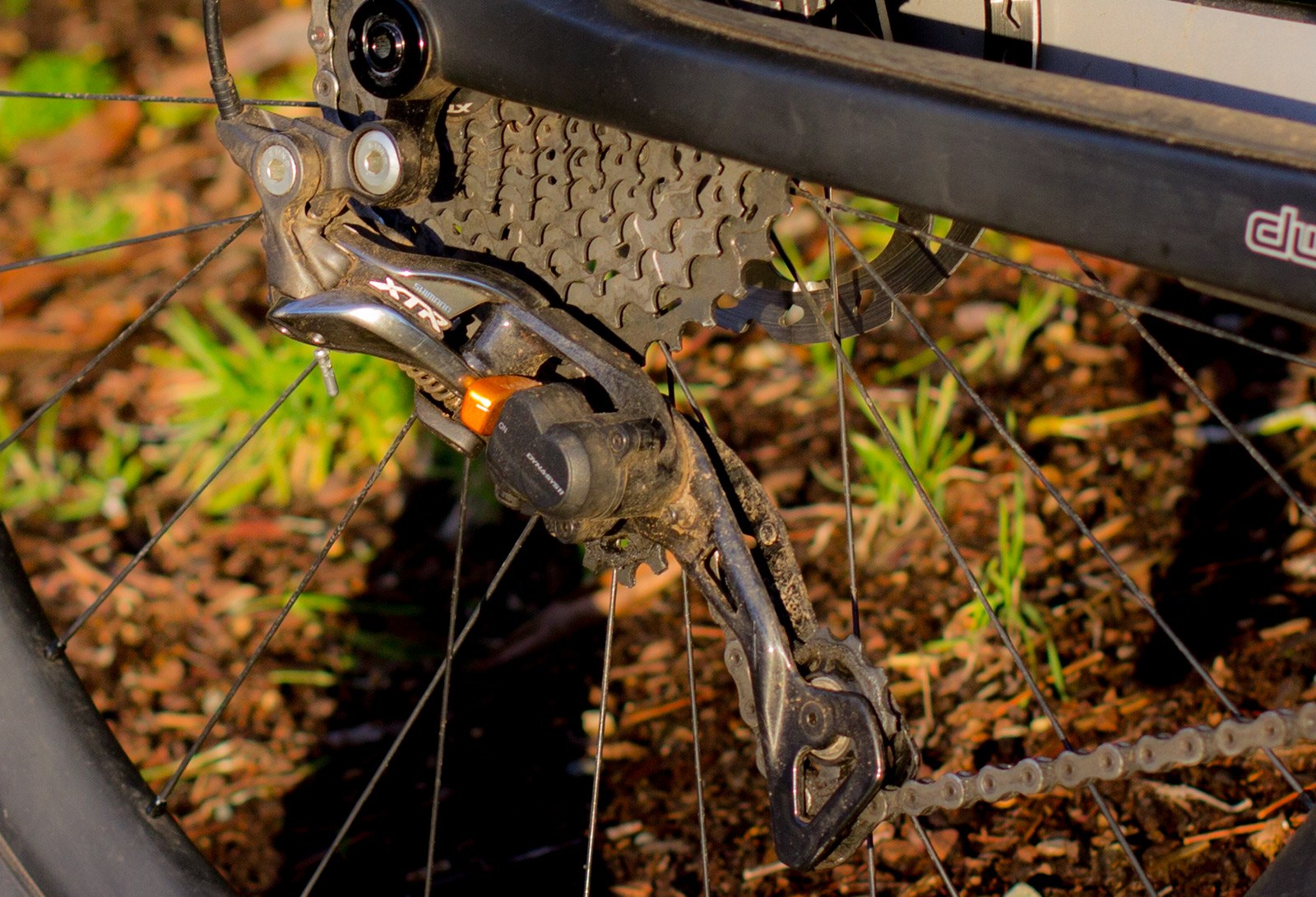 Et tu Brute? Shimano hasn’t exactly embraced the 1 by revolution but their OE customers have dragged them into the mix. The XTR 11-speed cogset has a range of 11-40. 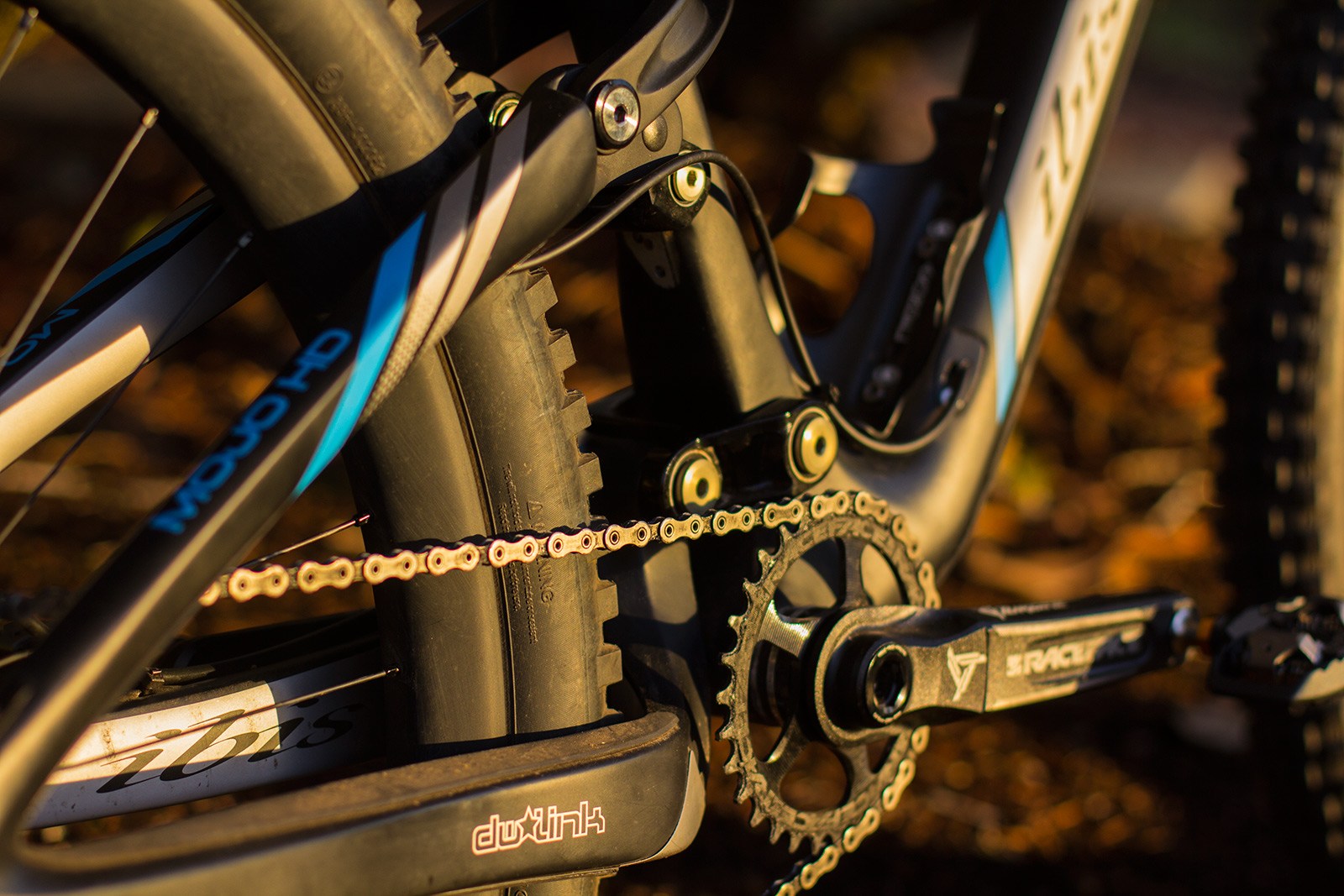 To transfer your ferocious energy rearward, Ibis has spec’ed a RaceFace Turbine crank with a 30 tooth ring which includes RF’s answer to SRAM’s narrow wide innovation.

One of my concerns about the HDR 650b was a lack of rear wheel clearance. Despite having shorter stays the HD3 has plenty of room to allow muck and rocks to pass through freely – and will accept a 2.4″ tire. 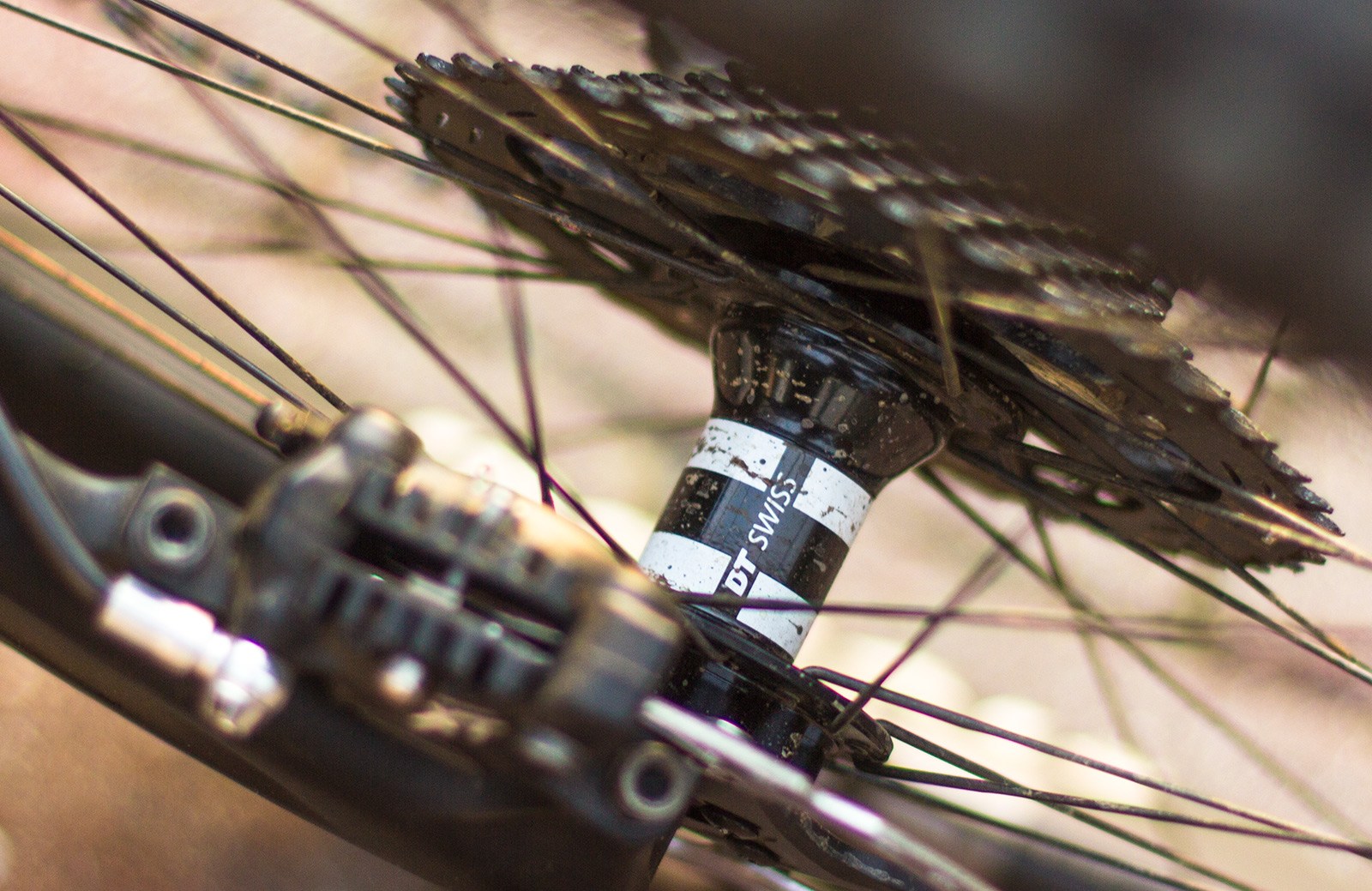 Ibis 741 wheels are now available equipped with a DT Swiss 350 rear hub. As an aftermarket option this adds $150 to a set of wheels – but you’ll get a reliable 54 tooth ratchet with 6 degree engagement. 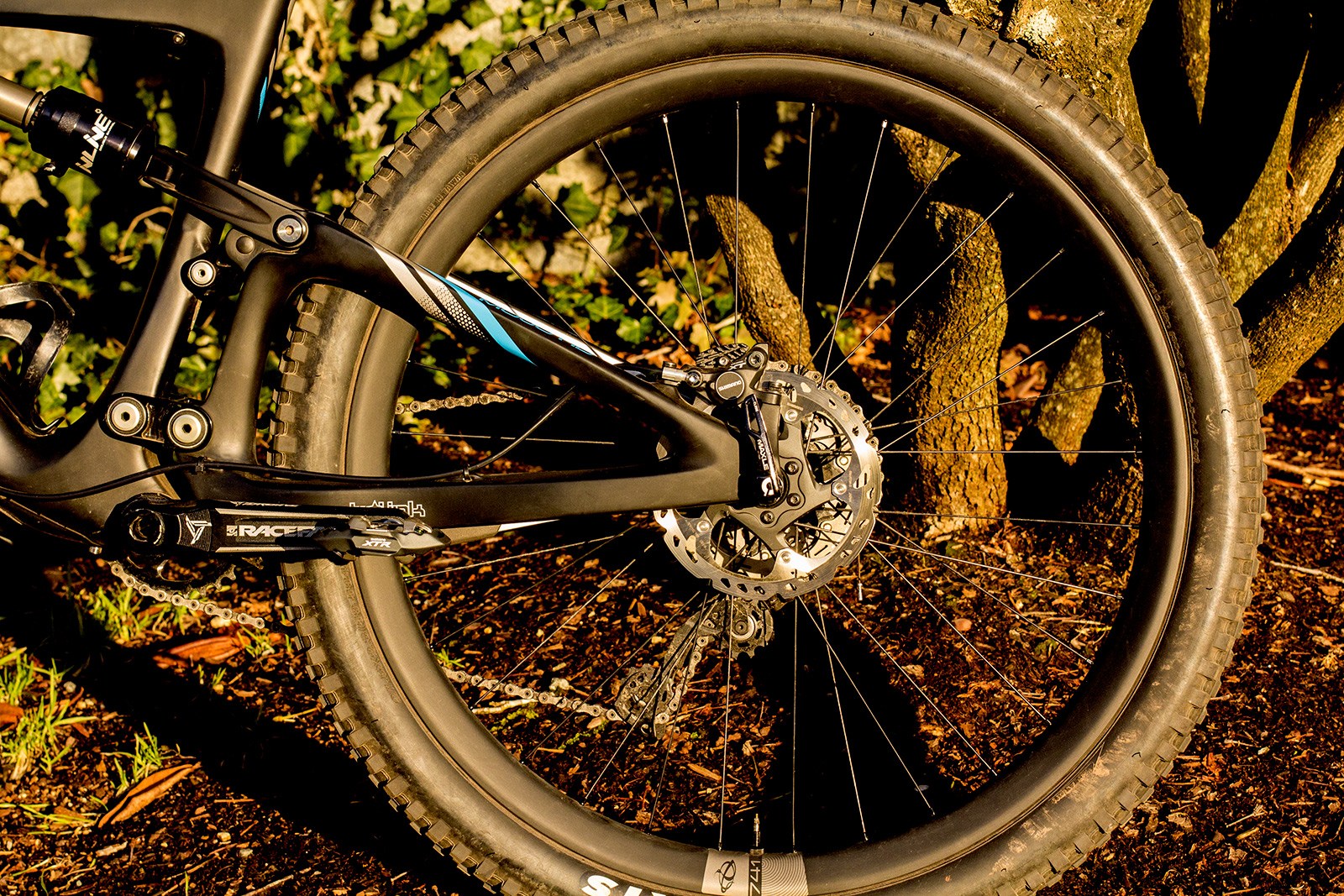 The HDR 650b came with a 70mm Ibis stem. This spec includes a Thomson 50mm beauty paired with Ibis’ 740mm bars. I’m a convert to wide bars so if I end up being the tester (odds are good but the bike just arrived today so some wrestling may have to occur) I’ll be swapping it out for something wider. Preferably 780. 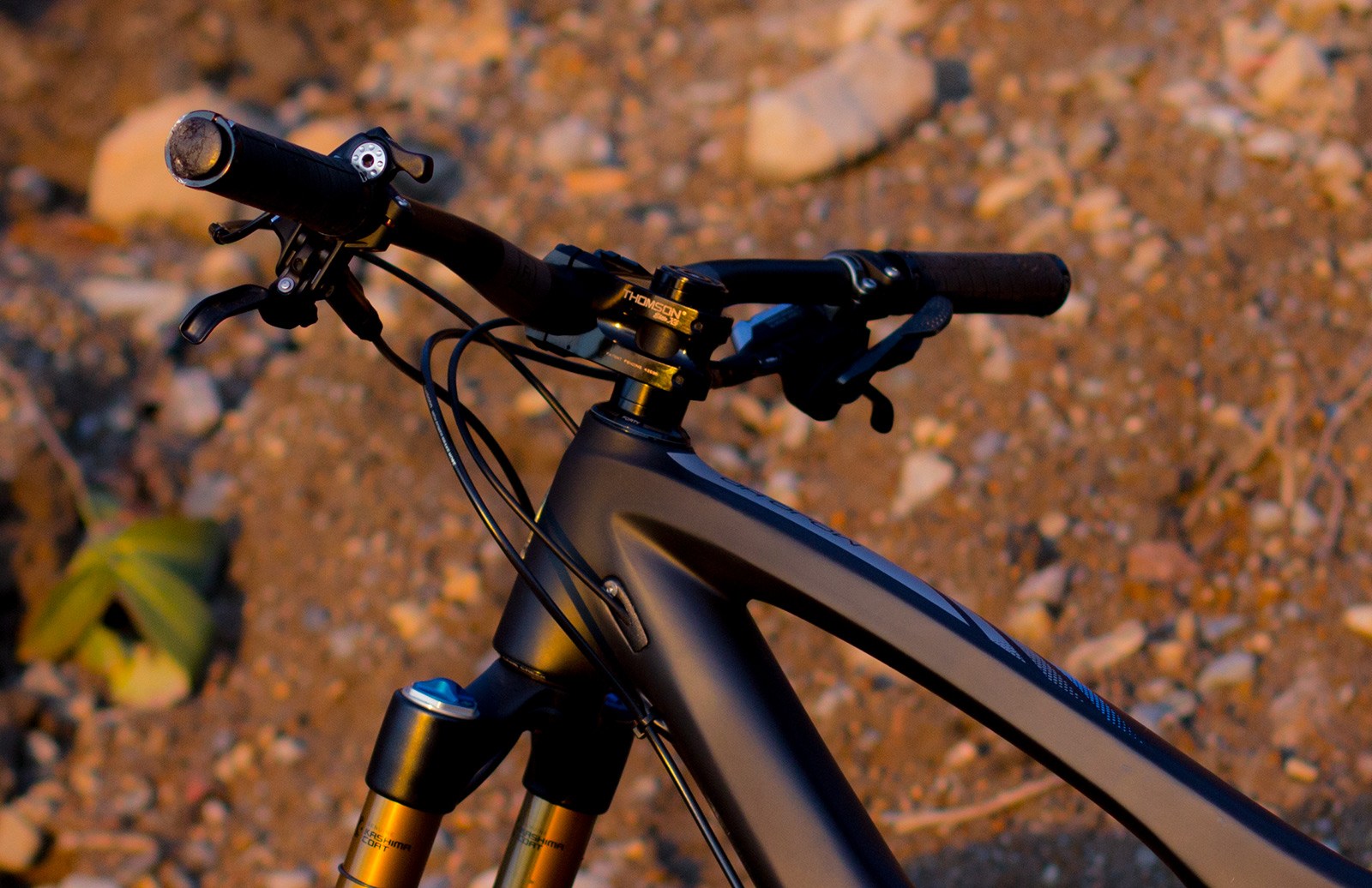 An internal lower headset cup lowers the front end some. The internal cable routing is clean and slick, with the option for a front derailleur. The frame also accepts ISCG 05 guides. The XTR rear shifter has a carbon upshift lever and dual release (two cogs per shift) up or down. 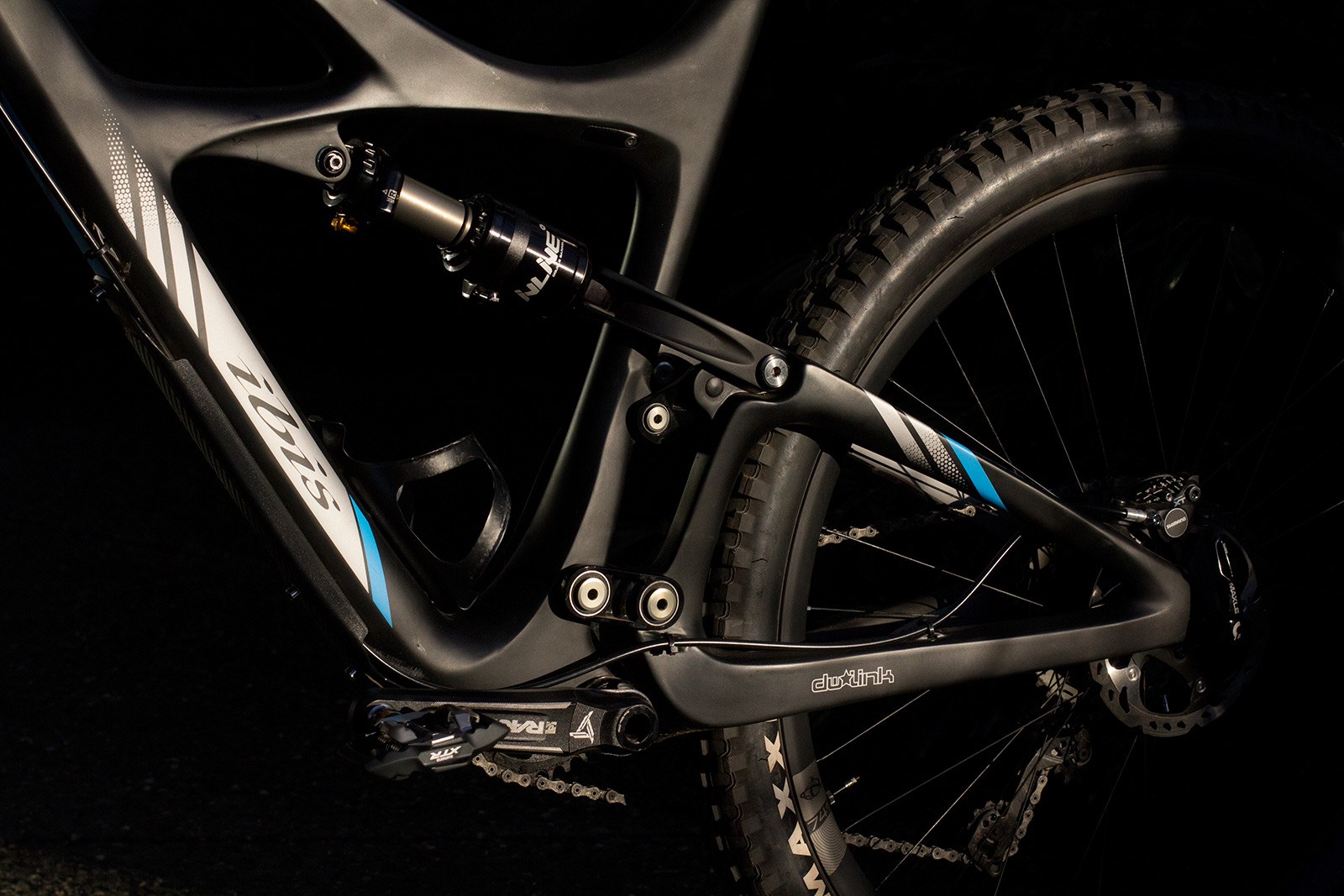 This is an undeniably beautiful bike but I realized something has been niggling at me about it. As recently as July I gushed about the HDR, and the HD3 is every bit as lovely to look at. But in this age of constant change planned obsolesence, I think I was hoping for an updated look. If you seek freshness check the HD3 in 917 (named after the classic racing Porsche in Gulf Oil colours) or Green Machine. The bike looks more modern to my eyes with either of the more colourful options. 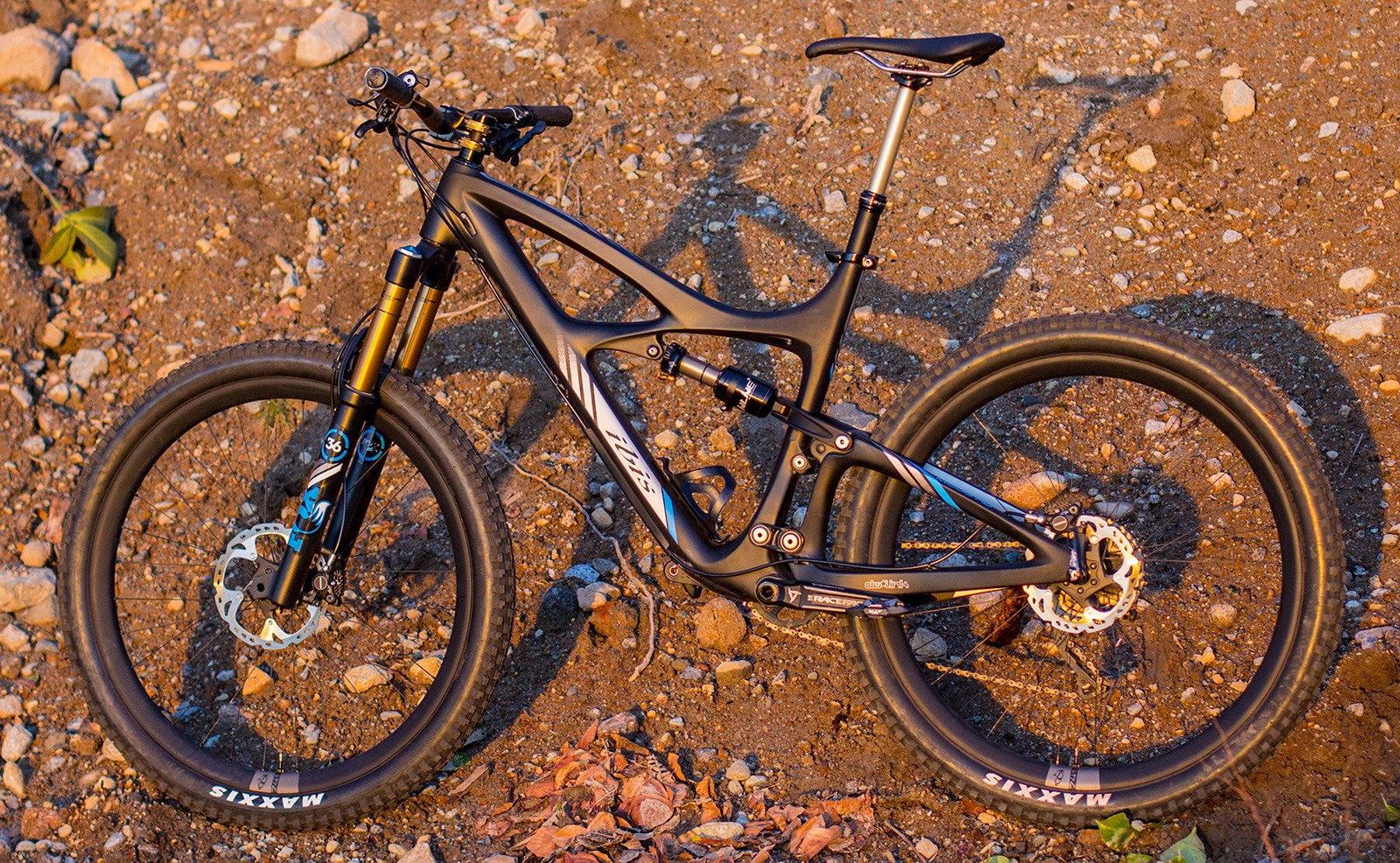 The size large tester weighed 27.91 lbs before pedals making it the lightest of the carbon 650b all mountain steeds we’ve tested – with suitably beefy rubber mounted.

When lined up with some of the major players in this segment, the Ibis distinguishes itself as the steepest and longest in the field. Its chainstays are only a touch longer than the 650b Enduro and BB height is right in the middle.

Having ridden some of the slacker examples in the 650/150-165mm travel category lately, I’m curious about how the HD3 will measure up going down. I have already noticed and appreciated the roomier cockpit – but I haven’t yet had the bike off road. Time to hit the green room for a little testing work.

Does an AM machine that is a little steeper have you reaching for your credit card or looking elsewhere?

Looking forward to see what you think of it. I just got mine a few weeks ago and it's been great so far. I tried to build it light, but mostly I just used the stock XTR 1 x kit with the Stans Wheels/36/Inline. The only swap I made was putting some Schwalbe Hans Dampf 2.25 in for the Minions. The tires are very light and have a surprising amount of grip.

The HD3 is a great bike so far, but much different than the 650b Nomad I have built up. Best description I've got is that it is a sharp handling bike. Sharp handling, pedaling, etc. Worth the price IMO. I guess my only gripes are that the medium comes with a 125 mm post and the medium doesn't have the extra bottle cage mount under the down tube. Not the biggest deal, but it's awesome to go for a big ride and not have to carry a pack.

One more thing I noticed. The tune on the 36 that came on the Ibis was much lighter than the 170 mm version I bought for the Nomad. Much more Pike-like, for lack of a better term.

Mike, What height are you? How does the medium fit? I'm 5'8.5 and old HDr was way to small - I'm undecided on getting a large or Medium HD3
Thanks Al,

Hey Al, I'm 5'8″ and the medium fits pretty good. I think it fits a little tighter than what the numbers say, but way different than the old one. I was on the fence for the med or large, but the seat tube length on the large would be too much to get a 6″ dropper in there, for me at least. Nice thing about the large is that you get the second bottle cage, if you're into that. Hope this helps.

AI.R. - what size did you end up going with? I'm in the same situation - 5'9″, 32.5″ inseam, 26.125″ arm length, 71.75″ wingspan - do I go with large or medium? I've read several comments to the effect that the reach fits a bit on the small side even though it has been lengthened compared to older Mojos. Any advice is appreciated. Thanks.

ThreeDS…I went with a Large in the end. I'm still waiting for it to arrive. I test rode a lot of different bikes(not the HD3) and seem to prefer longer wheel base and short stems. My BB to saddle top is 730 which should be ok for 125mm dropper. And I hope to use a 35mm stem to give me a net reach of 466. I hope this helps.
Al.

Al - Thanks for the info. I have a medium on order, but thinking about changing to a large and a shorter stem. My unscientific survey of commenters that are my size on mtbr suggests that this is what most are doing. I have yet to find anyone adamant that the medium is preferred over the large - comments range from a few that say medium fits fine, most preferring or choosing the large, and none saying the large is too big. When you get the bike, please post your impressions of the frame size. Thanks again. -Dave

In that derailleur photo, does the chain look a little short?

For a 1×11 in its largest cog? I'd say that looks optimal providing that the frame doesn't experience too much chain growth as the suspension compresses.

Such a special platform this one is to play free hearts games online or without any installation steps to follow.