We caught a look at the 2015 Devinci Wilson under Nick Beer at Crankworx but today at the Dirt Demo at Interbike we got to look at the production version. 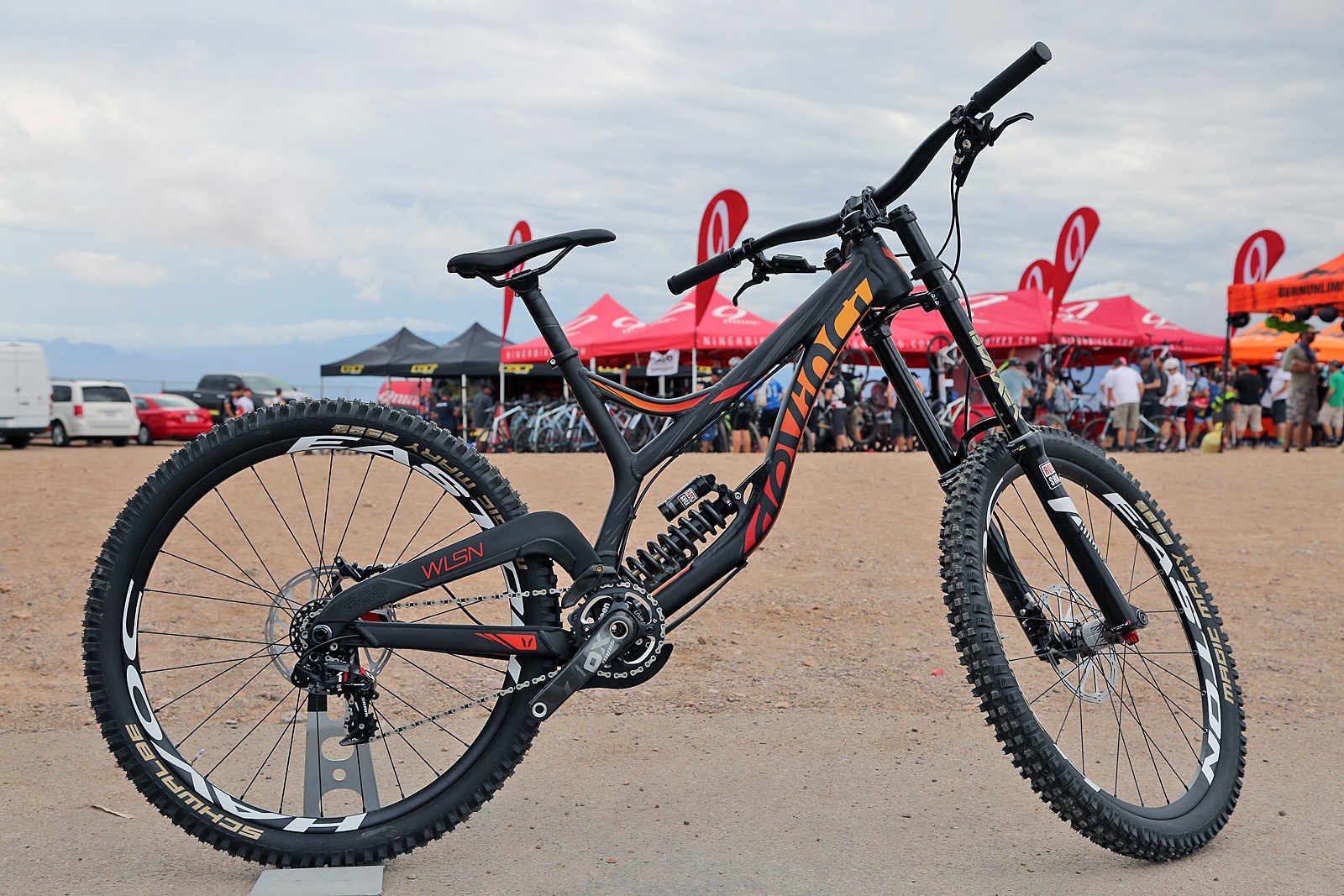 With very similar lines to the old bike it takes a keen eye to note the differences, but an obvious one is that the new Wilson has been built around 27.5” wheels and the bike’s geometry has been tweaked to suit. The rear shock position has been changed and now mounts to the downtube instead of the top tube, bringing the center of gravity on the bike slightly lower. The rear chainstays and carbon seatstays receive some refinements to increase stiffness of the rear end of the bike too.

The version on show was the Wilson SL, built with the race team’s pick of components that will set you back $7,199. With a Boxxer Worldcup, Easton Havoc wheels, and the SRAM XO DH groupset there’s no excuse for not getting the fastest time on Strava down Dirt Merchant. There are two other builds available: the RC and XP as well as a frame only option.

We missed watching homeboy Stevie Smith racing on this bike on the World Cup in 2014 but are looking forward to seeing him in the mix again next year – now on a new rig.

We will be sitting down with Stevie at the show later this week.
If you have any questions that you’d like us to throw at him, stick them in the comments below.

Good news is that your "homeboy" Steve Smith will likely be on a carbon frame Wilson 650B for at least some of next season.

Homeboy wasn't slang. Steve is from the neighbourhood. Just across the water.

Thanks Rob, yep Stevie is our local ripper and having seen him race when he was a super young'un we are big fans of his.