Everyone knows that anything can happen at Crankworx – and the SRAM Canadian Open Enduro Presented by Specialized didn’t disappoint. 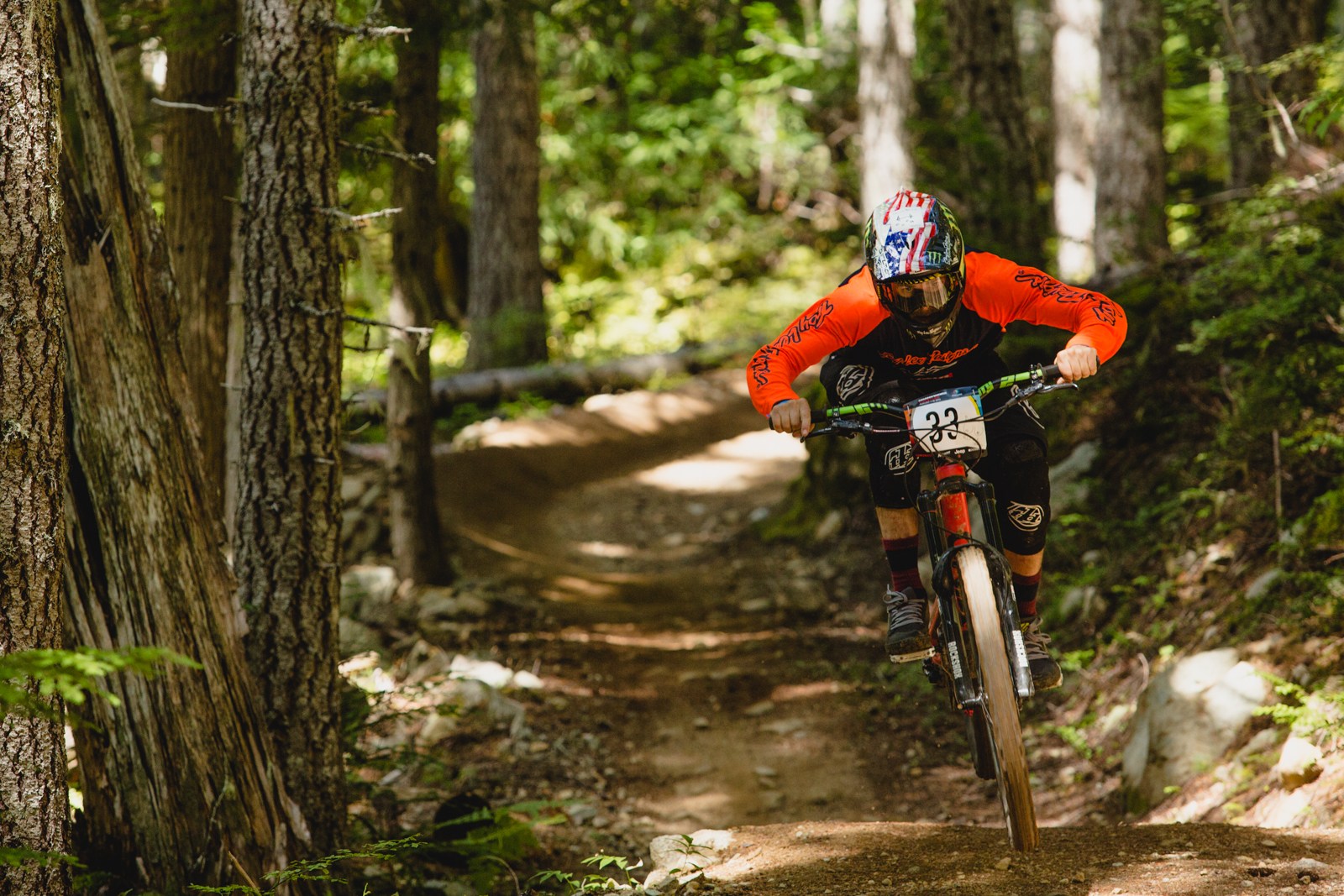 Cam Zink raced Stage 3 of the enduro as part of team “USA Freeride”, consisting of Ryan Howard, Kyle Strait, Greg Watts, Mikey Silvestri and Zink. The team raced the enduro as a relay, tackling one stage each.

There was heartbreak and elation in equal measure at a dramatic round 6 of the Enduro World Series in Whistler. There were some new faces on the podium and some familiar grimaces as mechanicals once again changed the fate of a Whistler race. 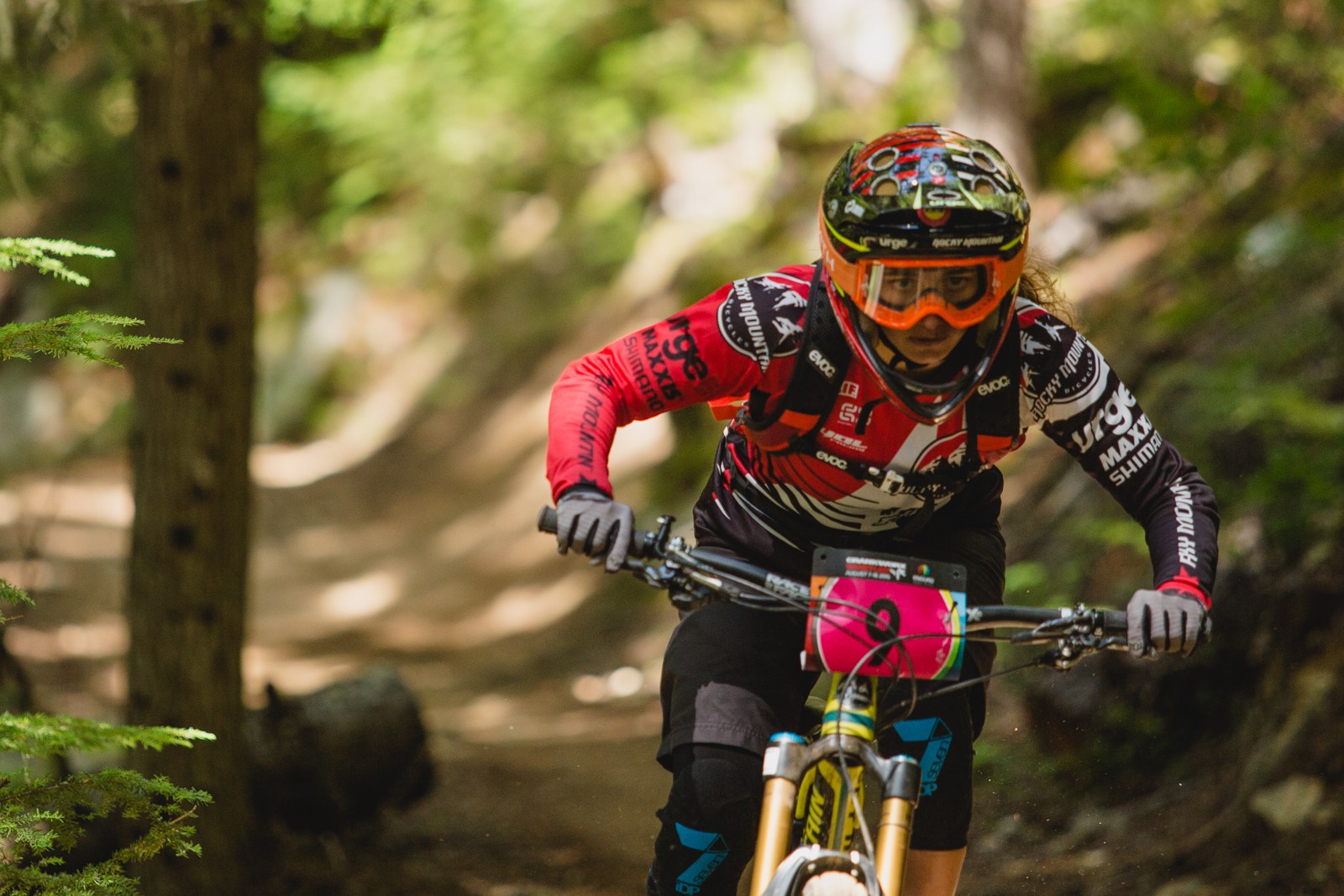 Josh Carlson (Giant Factory Off-Road Team) was leading the race for a large part of the day, only to have his dreams of victory dashed by a rear flat on the final stage of the day. Instead he had to watch team mate Yoann Barelli ride into second place – his best ever finish. Nico Lau (Cube Action Team) was also looking strong after a win on stage three, but a puncture on the next stage put paid to his chances of a podium finish. But the men’s field belonged to Richie Rude (Yeti/Fox Shox Factory Team). He smashed the field by 40 seconds to take his second win of the season. Team mate Jared Graves finished in third. Series leader Justin Leov (Trek Factory Racing Enduro Team) suffered a separated shoulder on stage one, forcing him out of the race and giving up the series lead in the process. 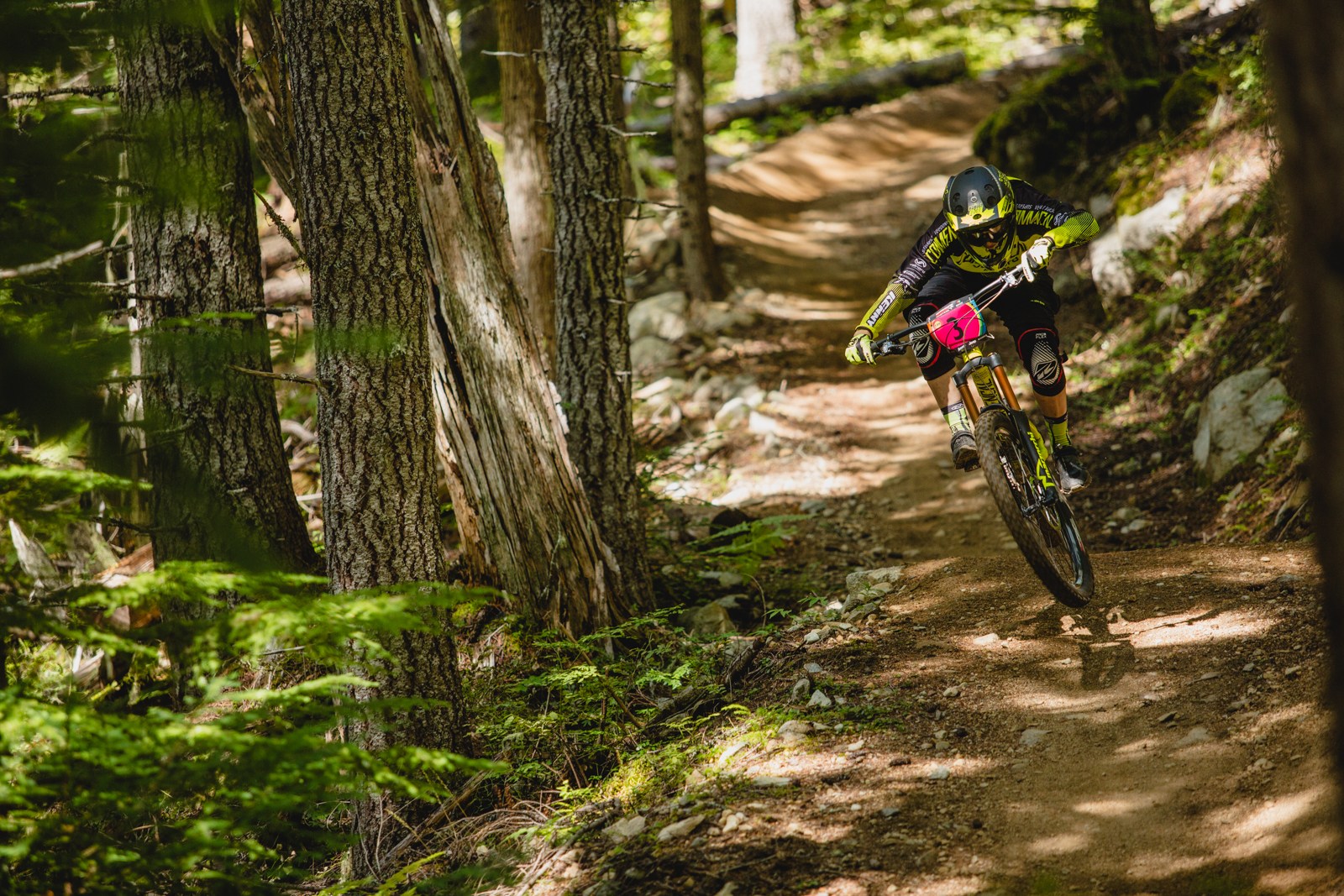 In the women’s field it was Tracy Moseley (Trek Factory Racing Enduro Team) that once again proved why she’s known as the queen of enduro – she clocked up her fourth win of the season. But it was Isabeau Courdurier (Rocky Mountain Urge BP Rally Team) who was the talk of the pits, as she took not only her first stage win, but also her first trip to the podium to grace the third step. Cecile Ravanel (Commencal Vallnord Enduro Team), who won in Whistler last year, had to settle for second place. 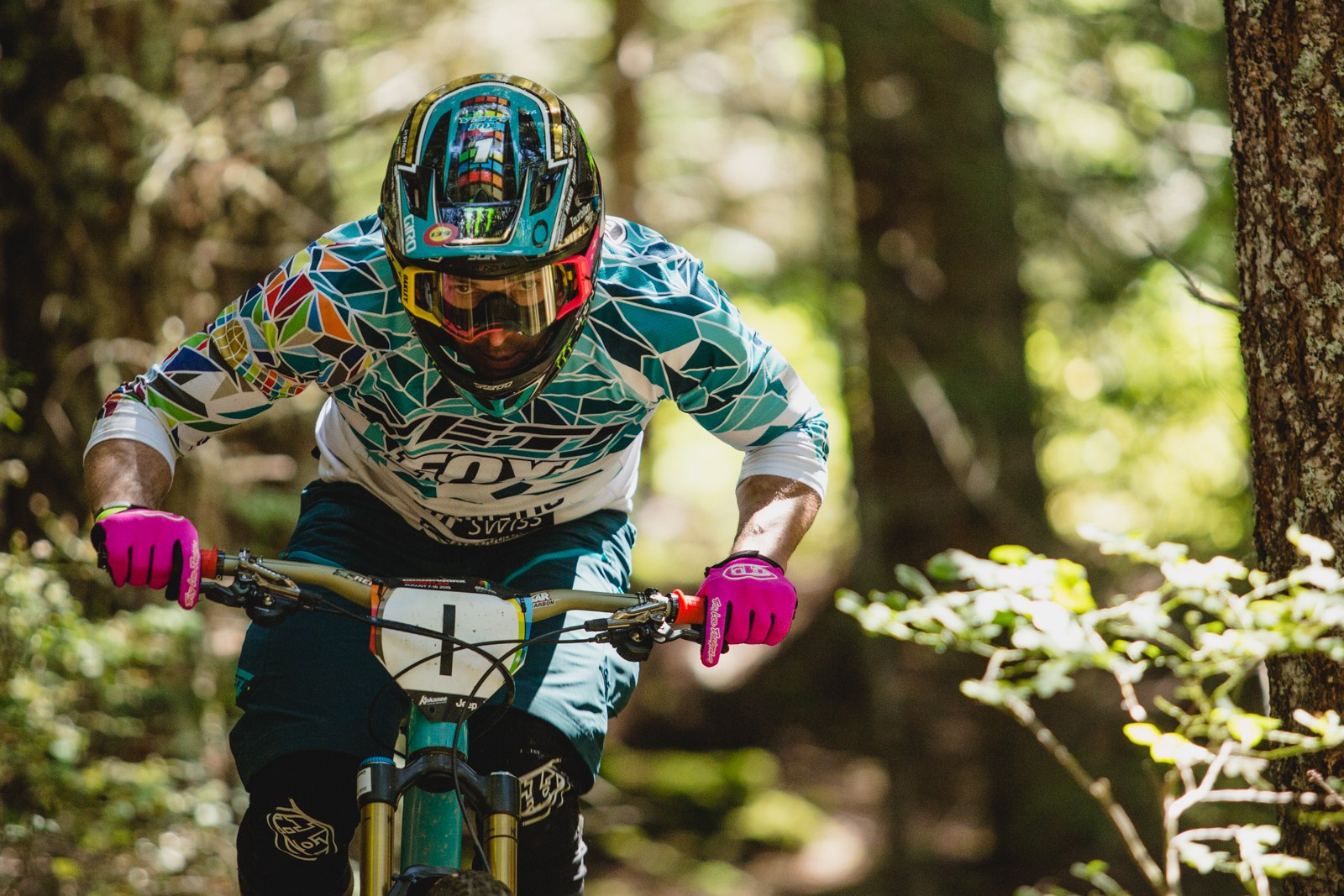 Last year’s winner, Jared Graves, slid into the 3rd spot at the end of the day.

Speaking about his win, Rude said: “It’s kind of unbelievable to be honest. When I won in France a I said it was a dream come true to be on the podium with Barel and Vouilloz – and now to be on the podium at Crankworx Whistler is another one off the list. I’ve wanted this since I was a little kid. The only thing that’s left is to win the overall series.” 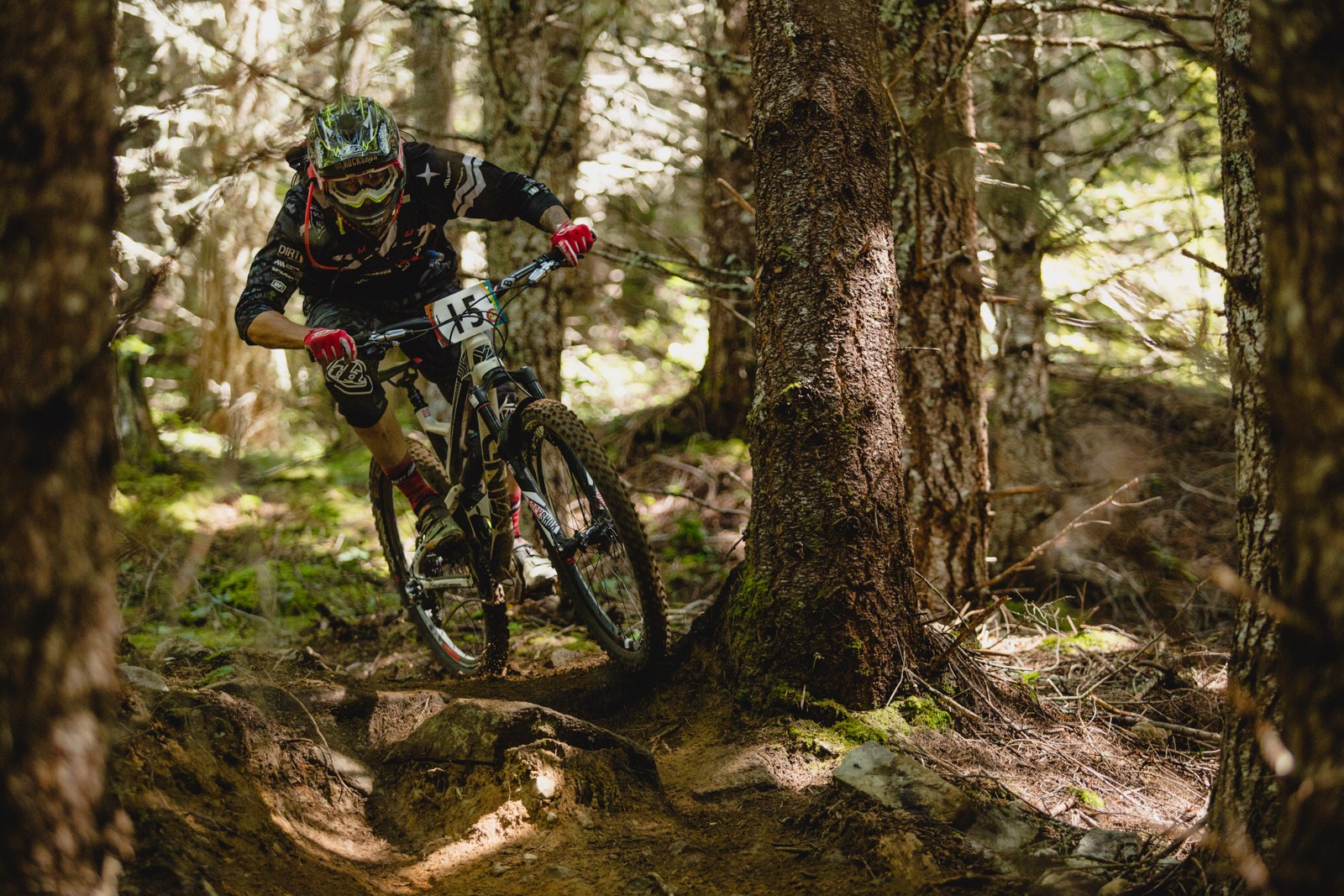 Bryan Regnier taking the outside line.

And Tracy added: “This year’s course was really fun. The stages were hard and technical, but all the racing was in the stages and not the liaisons this year which was great. It’s bittersweet not having Anne Caroline Chausson to race against – you always to compete against the whole field, but in some ways it’s nice to have the pressure off a bit as well. For me the coolest thing today was to see Isabeau on the podium – it’s amazing to see that next generation of women coming up through the ranks.” 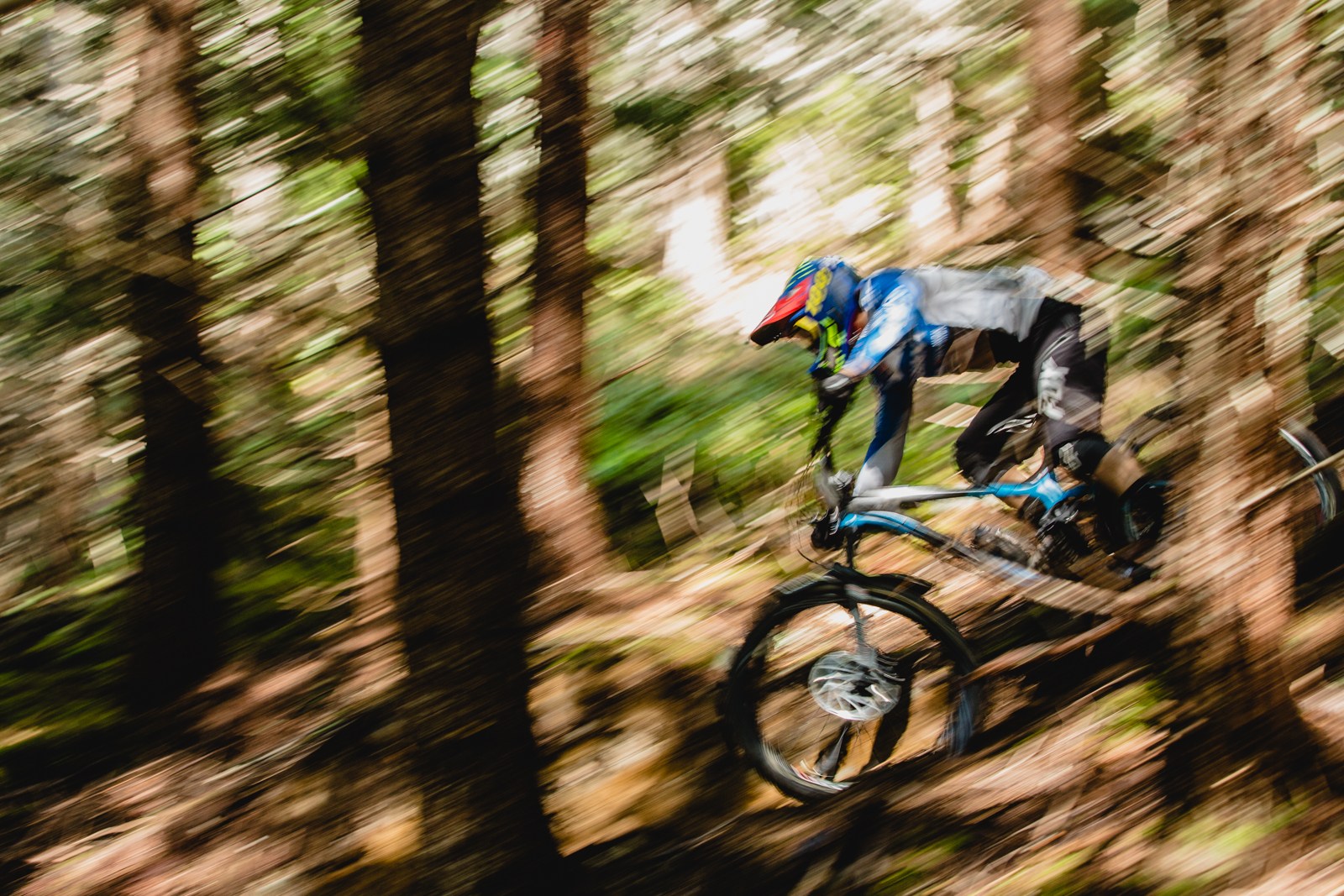 Yoann Barelli ousted Graves from the hot seat. No doubt moving to Whistler gave him an advantage.

In the U21 men’s competition it was Adrien Dailly (Lapierre Gravity Republic) who triumphed once again, whilst in the U21 women it was Canadian Jennifer McTavish who took the win. In the Master’s category it was series leader Woody Hole (Hope Technology) who triumphed. In the team competition Canyon has taken the points lead. 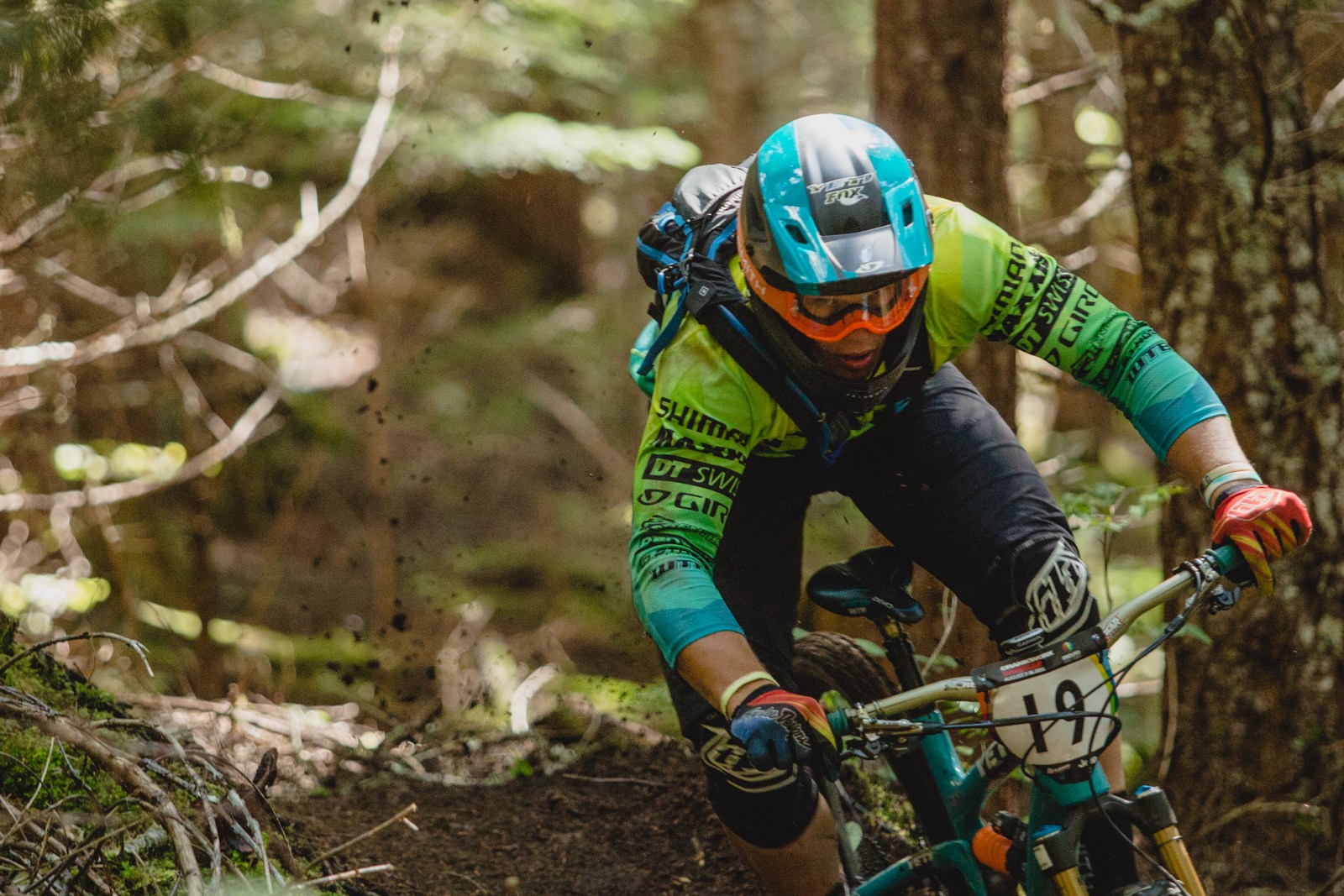 Graves’ young teammate Richie Rude rode very consistently, finishing no less than 5th in each stage. Rude went on to take his second win of the EWS. 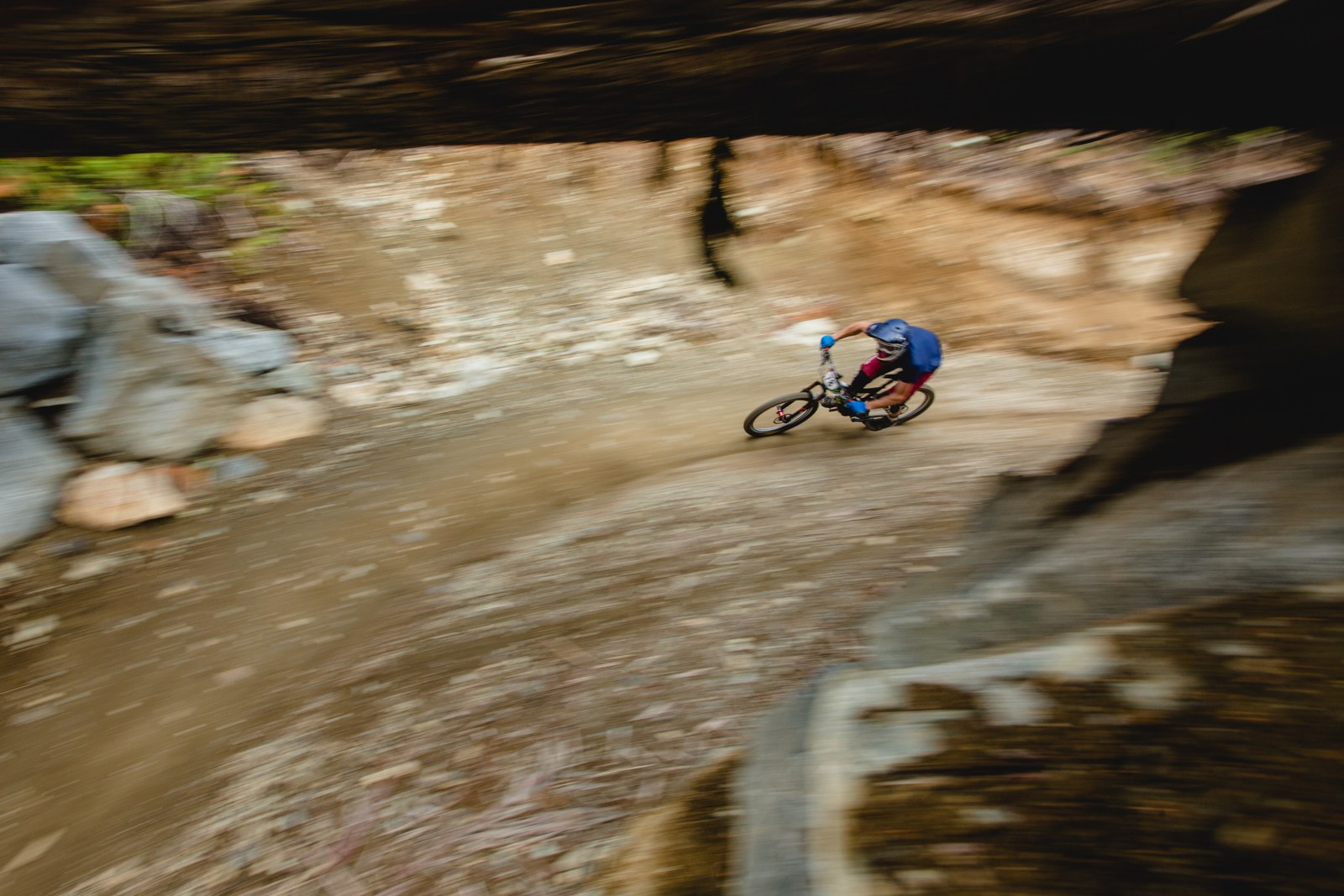 Conor MacFarlane was another freerider who entered the enduro, although unlike team USA Freeride, Conor rode all 5 stages. finishing 35th, 53 places ahead of USA Freeride. 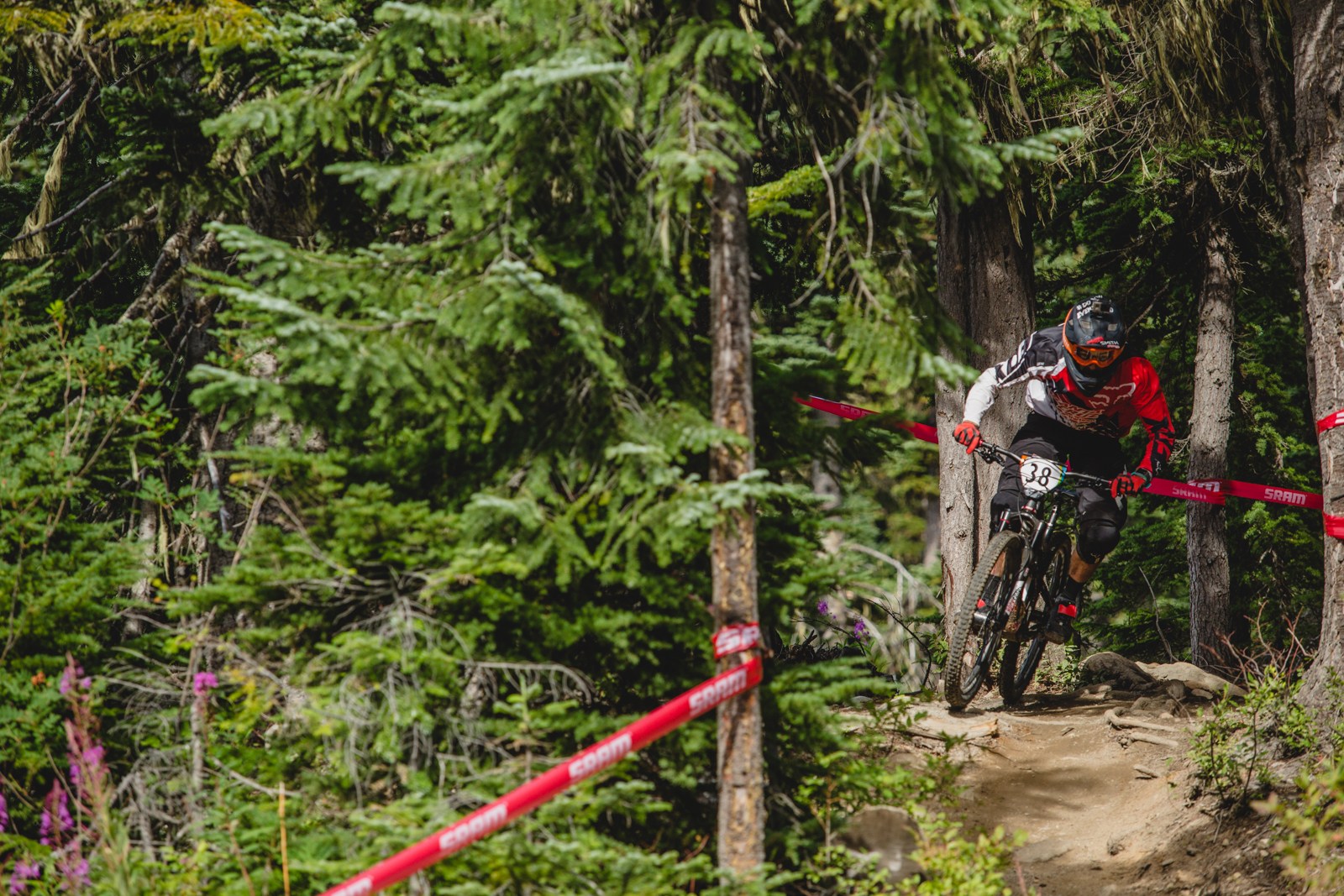 Iago Garay battling through No Joke, part of the last stage. 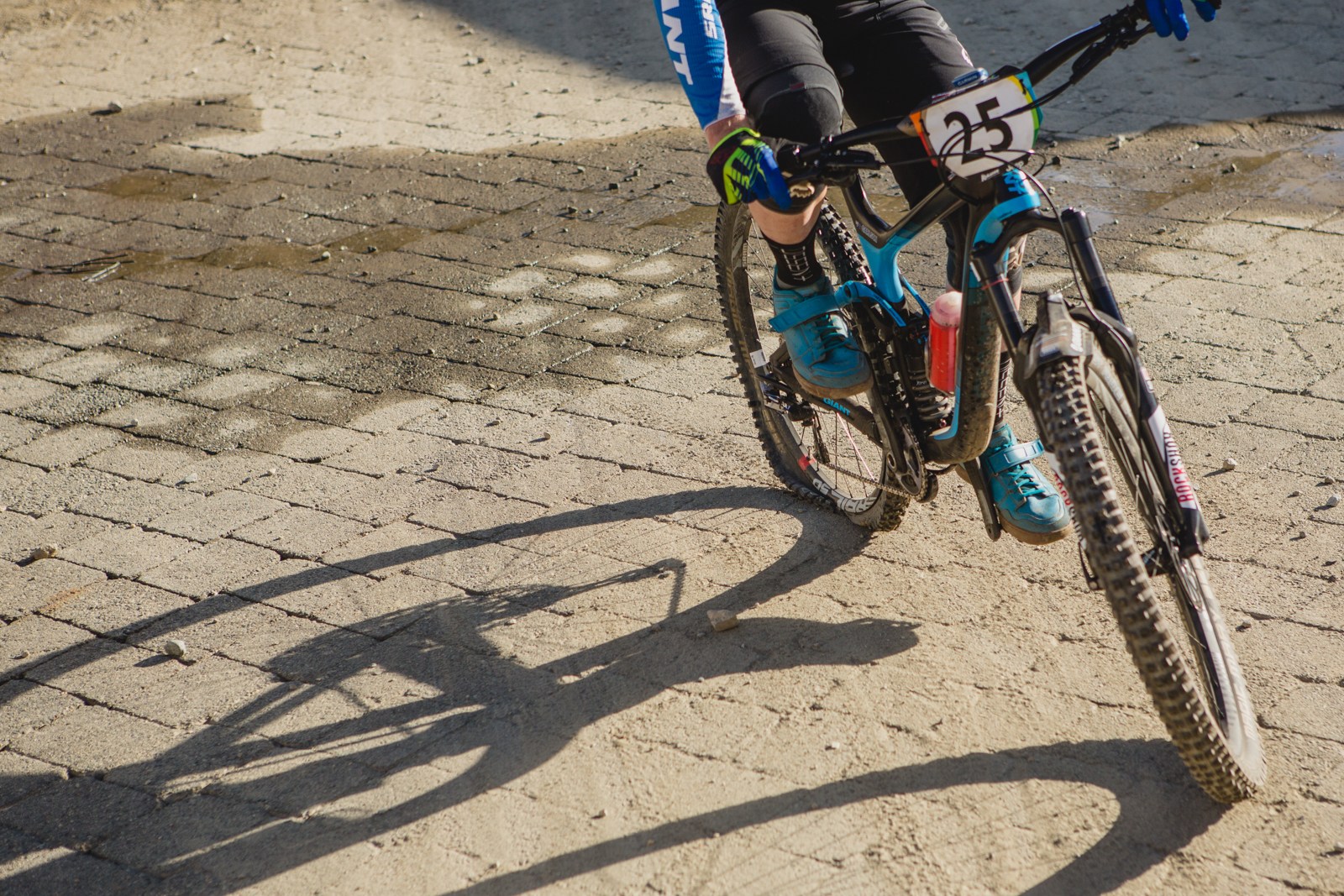 Unfortunately Josh Carlson flatted right out of the gate on stage 5. Josh was on fire the whole day, finishing the first two stages in first and staying within the single digits. 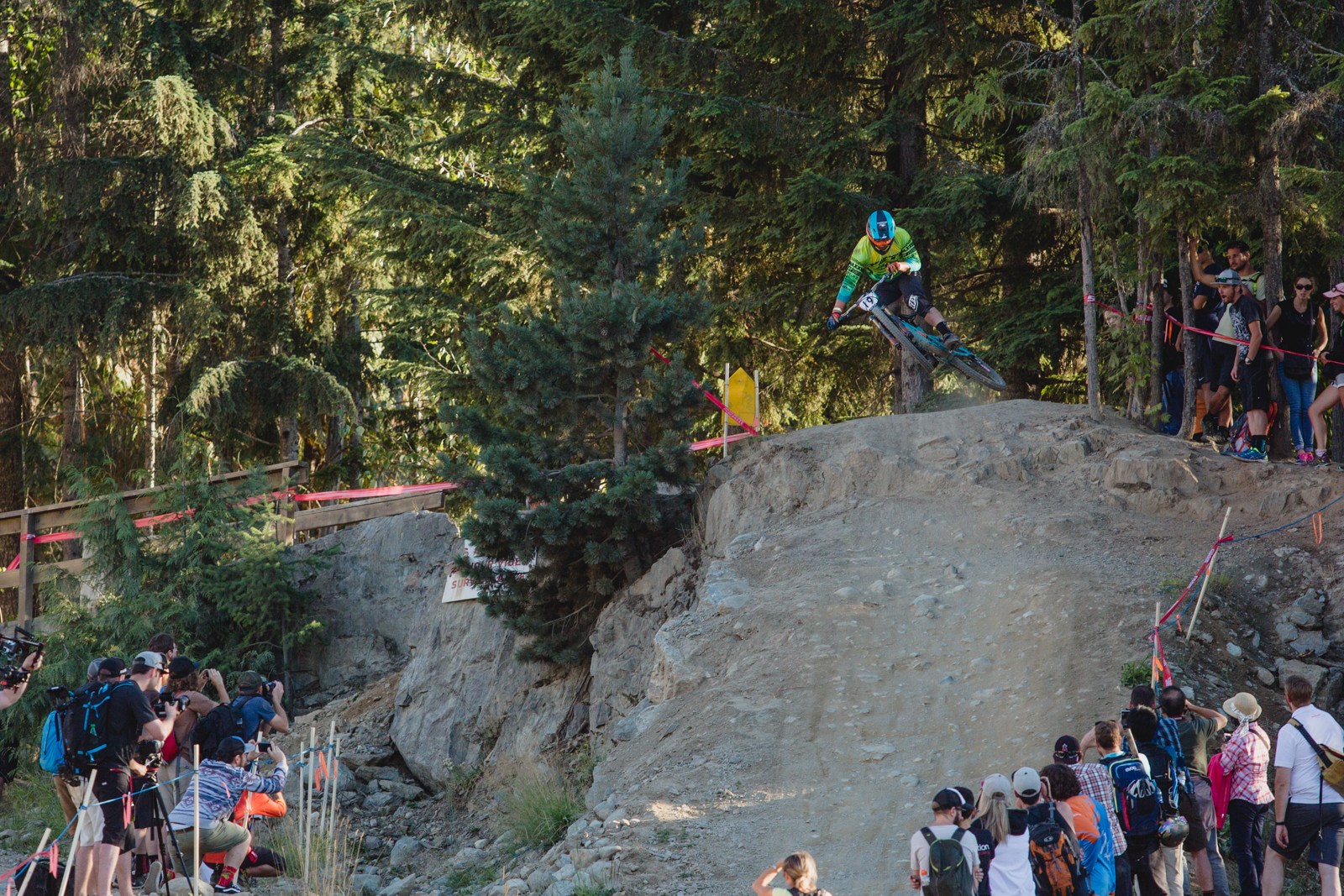 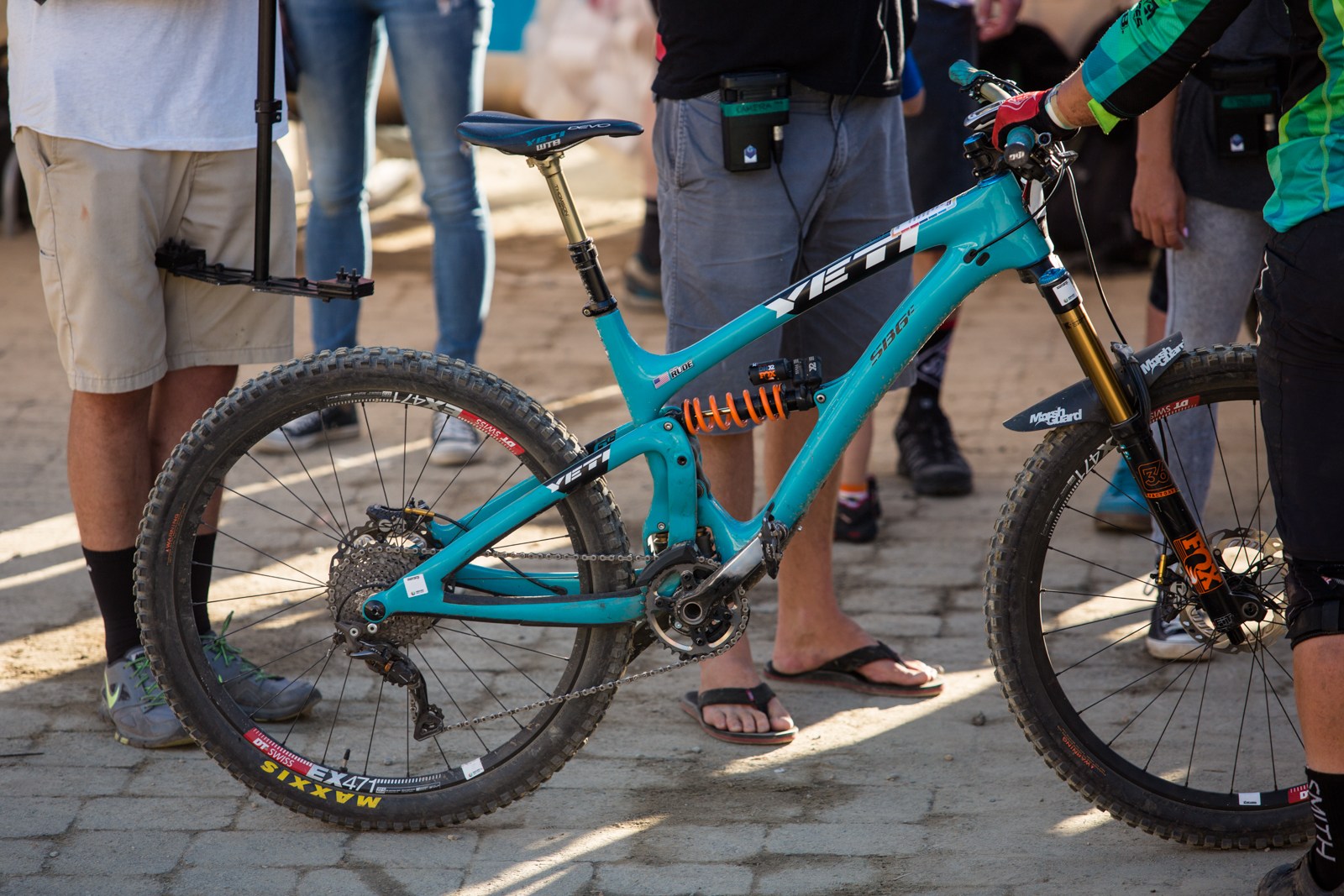 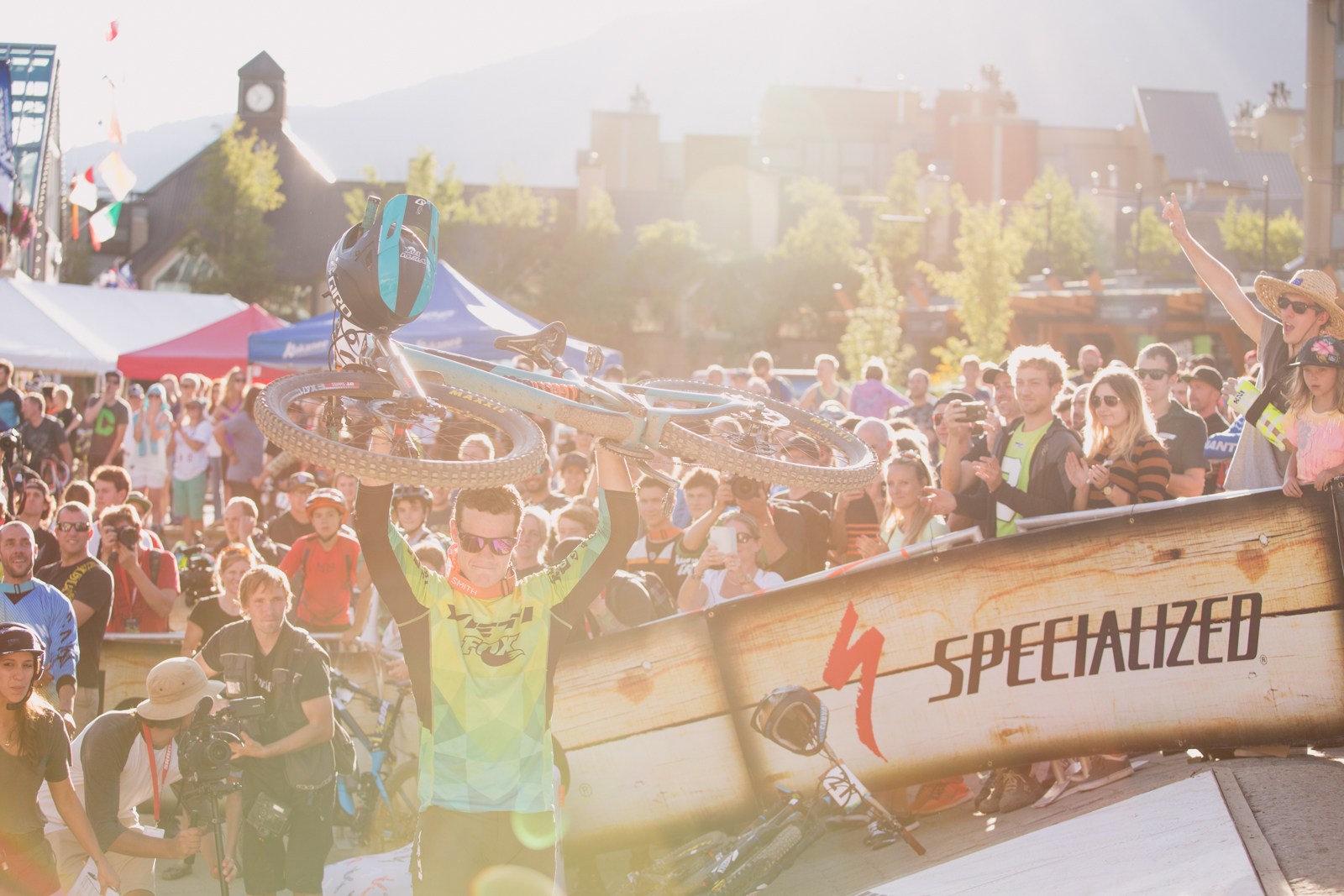 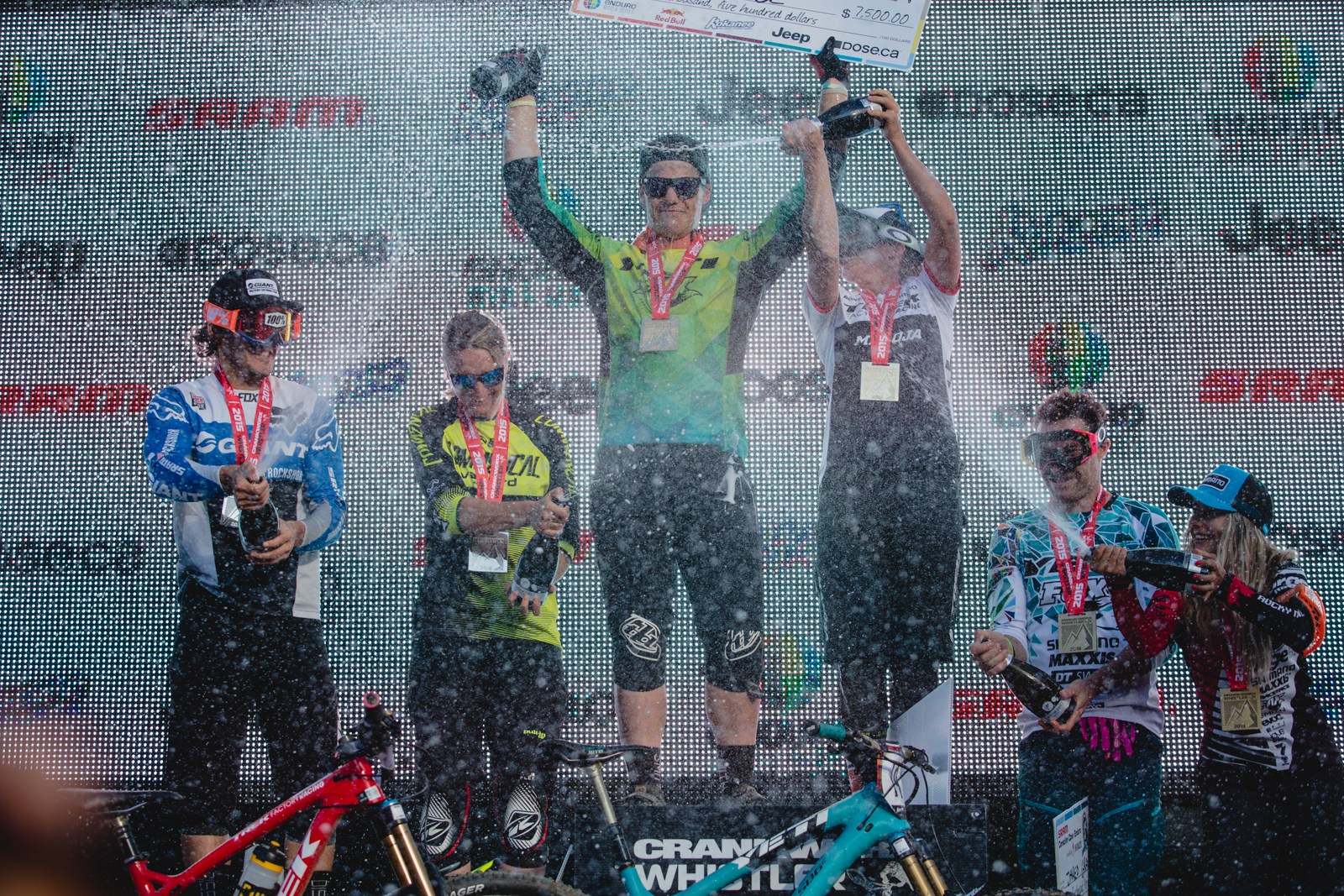 A tough day for some of the top riders highlighting just how hard it is to win one of these events.