Yeti bikes have an unwavering tendency to elicit an emotional reaction – especially from long time riders. Steeped in racing history since the anodized glory days and now finding their way to the top of the Enduro World Series podium, Yeti’s bikes have a reason for being objects of desire.

Yeti fans (and there are many of them) speak highly of the 575, a workhorse and a pioneer in the now-burgeoning mid travel category. The 575, now in its fourth iteration with lineage tracing back to 2004, has been reworked this year for 27.5″ wheels, yet still sports the same 146mm (or 5.75″) of rear wheel travel.

The silhouette of the 575 is remarkably unchanged since the early days of the platform. A low-slung top tube traces a line through the shock and down the seat stays to the rear axle. The unique single pivot design has been adapted through the years but doesn’t look out of place on the showroom today. 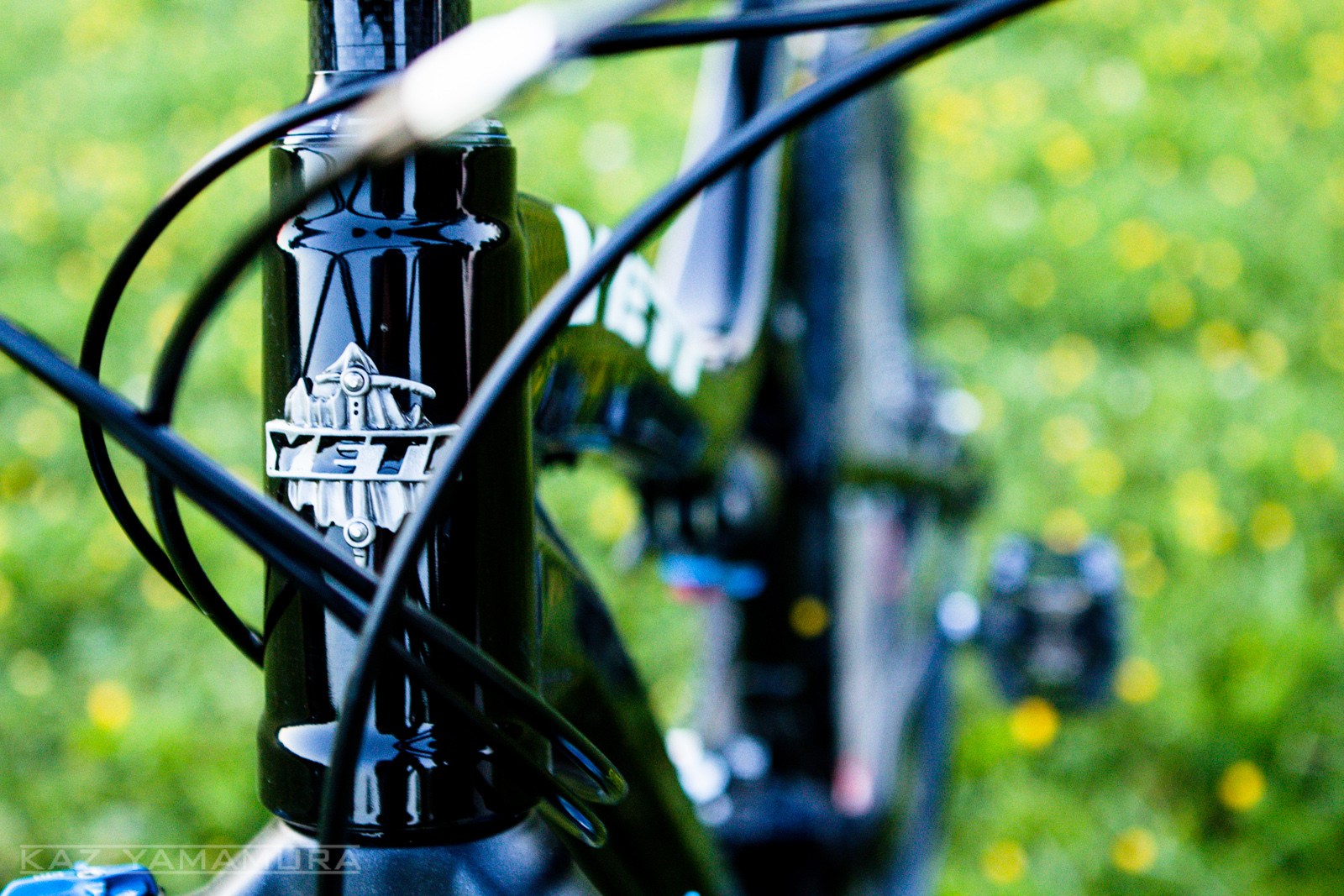 For the 2014 model year we do see some changes to the geometry chart. The chainstay has been lengthened from 16.9″ to 17.5″ (or 445mm) and the head angle has slackened out a degree to 67º. A Fox 34 has been chosen over the previous model’s 32 – a move in the right direction for a platform that has been known to be capable beyond what its geometry chart might infer.

The 575 is available in five sizes with generous cockpits, including an XL size that should have taller riders rejoicing. Head tubes get larger with size, making the already long top tube lengths even bigger. This is definitely a pedaler’s bike; under all those changes the trusted Yeti 575 carries through. 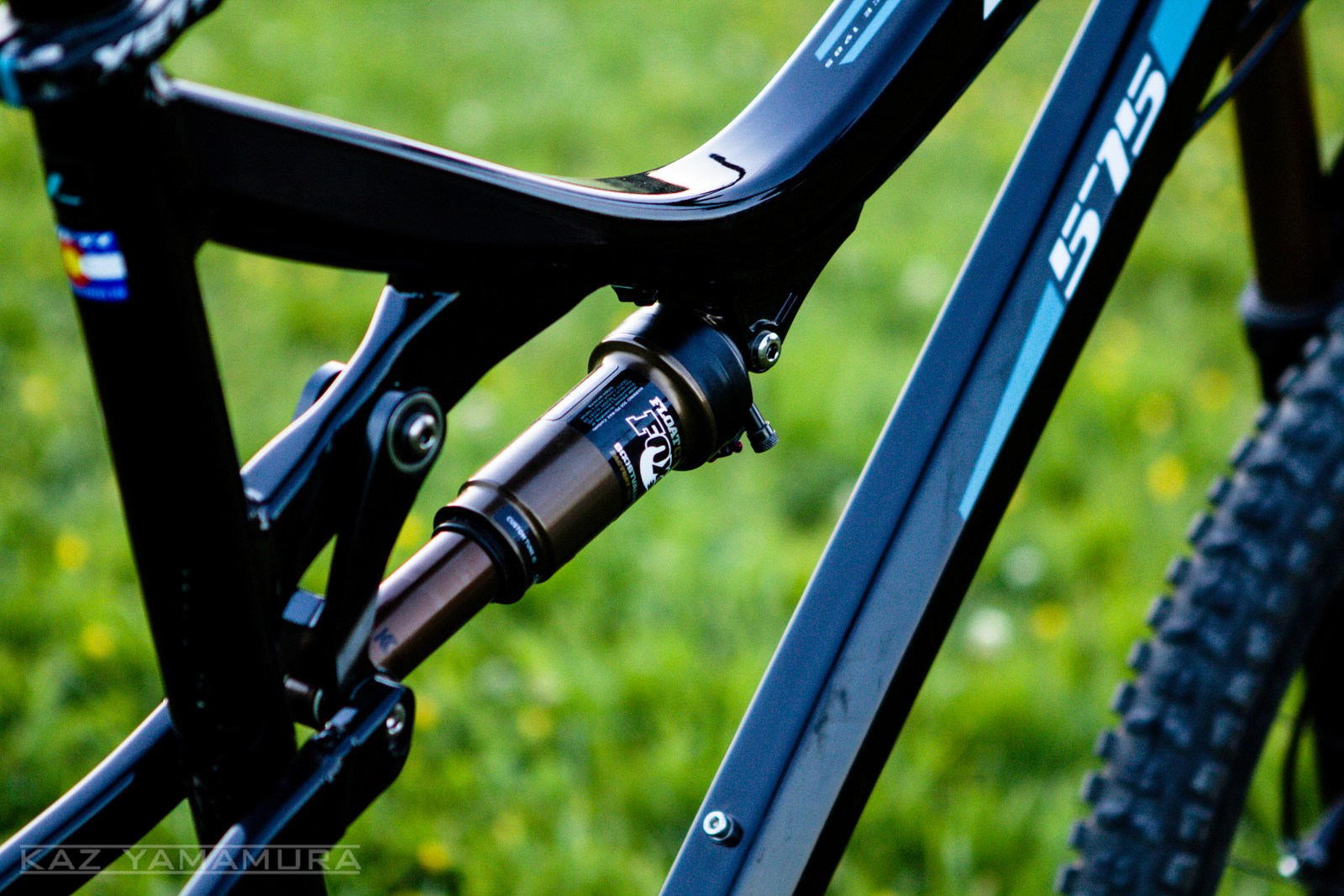 A low slung top tube has been present on the 575 since its first iteration in 2004. Now in its fourth generation, the frame has responded well aesthetically to a hydroformed update. 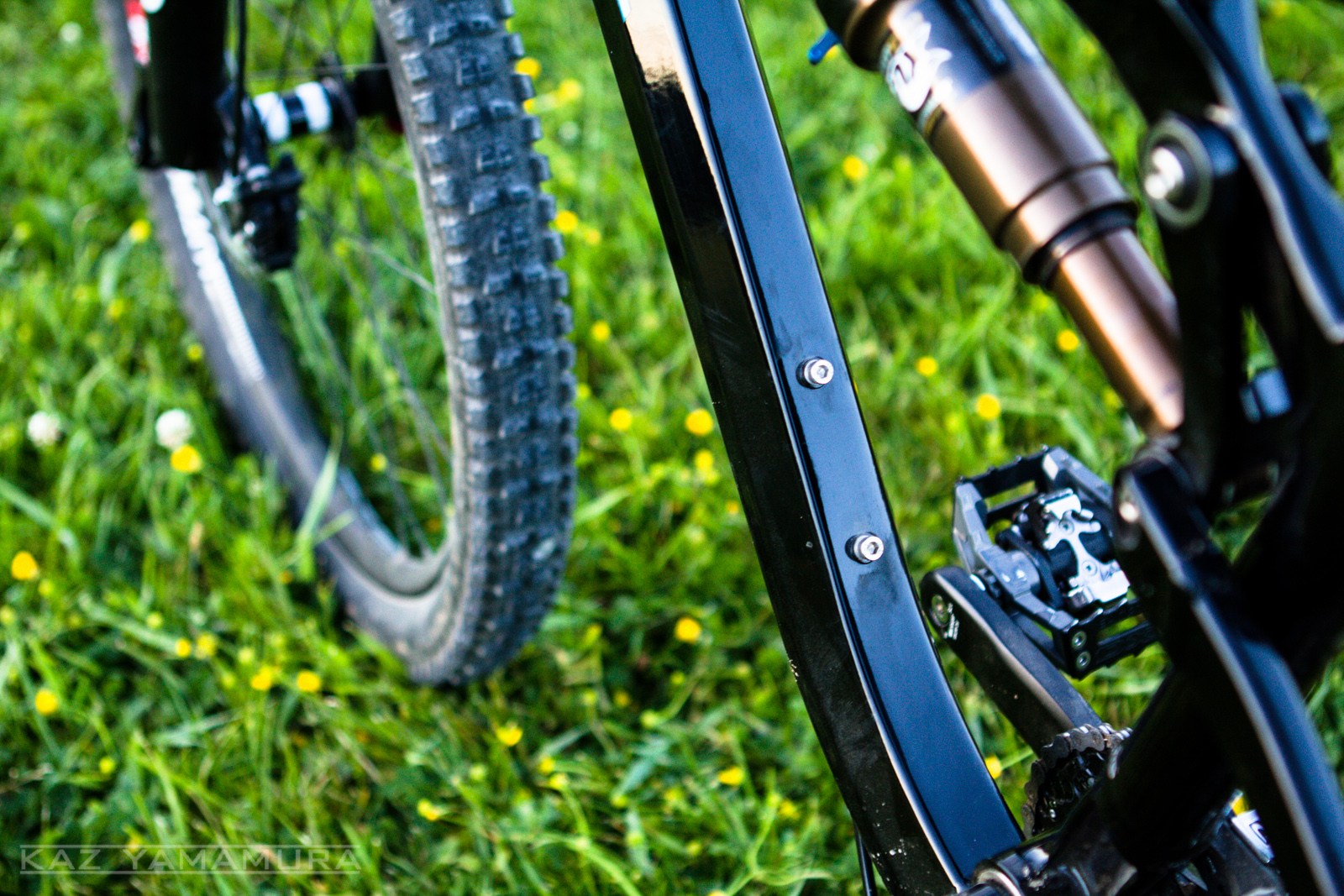 Down tube bottle cage mounts to keep your electrolyte levels up. 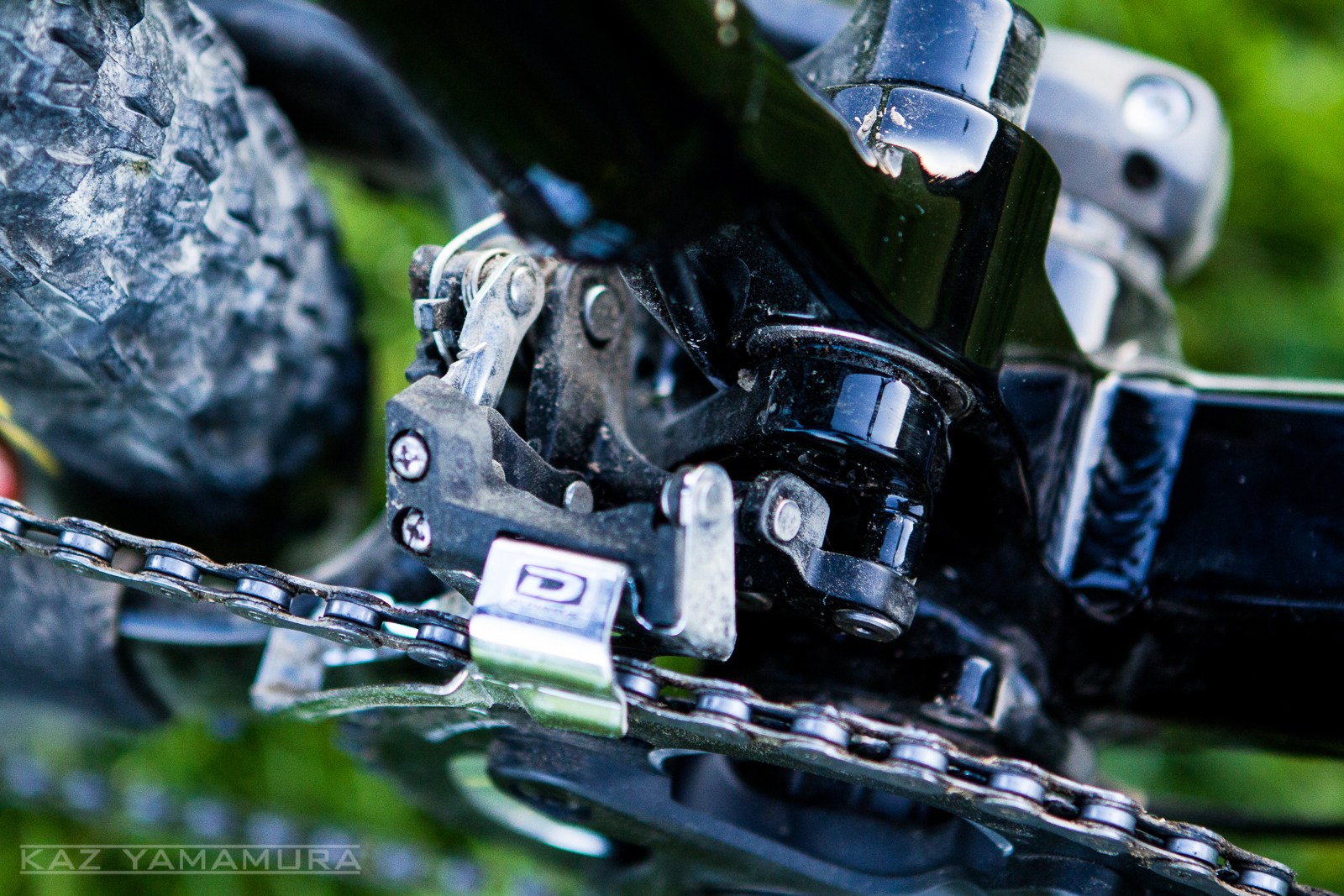 The offset main pivot houses a double row of bearings and makes room for a direct mount front derailleur. 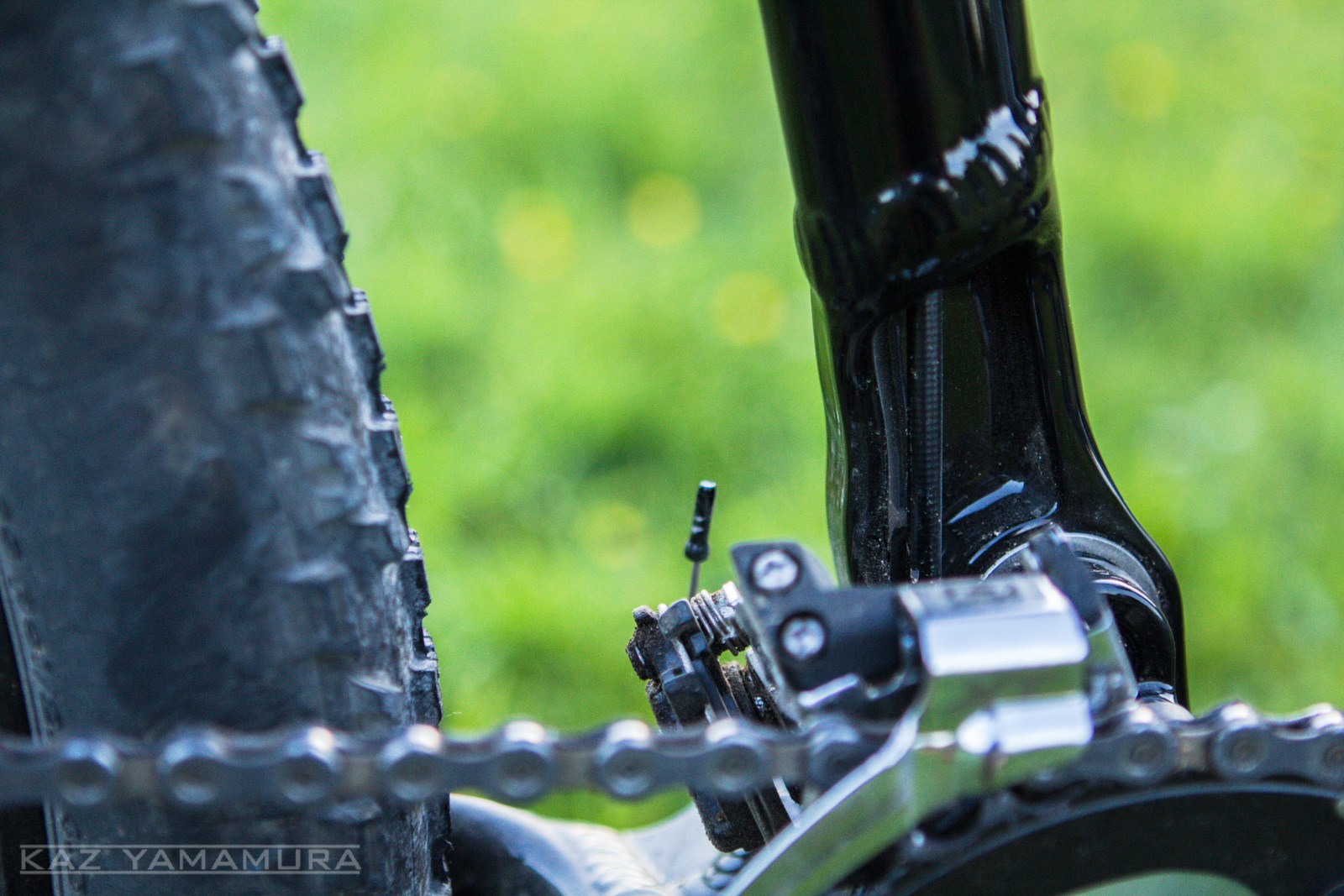 As well as a sneaky entrance for the internal dropper post cable. 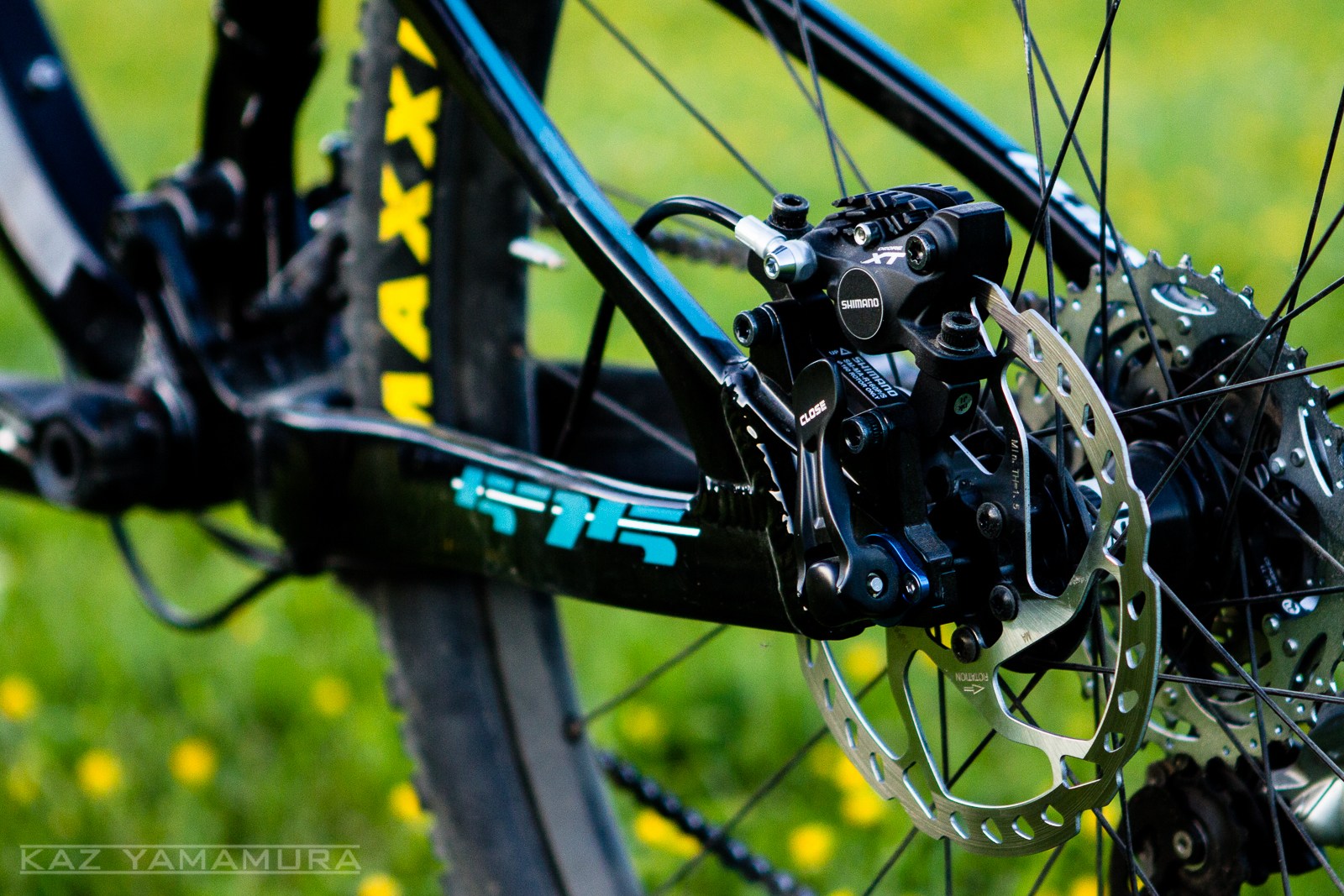 Out back the 575’s ultra-simple design is carried through on the 27.5″ update. No pivots to be found out here, which no doubt helps stiffen up the design. 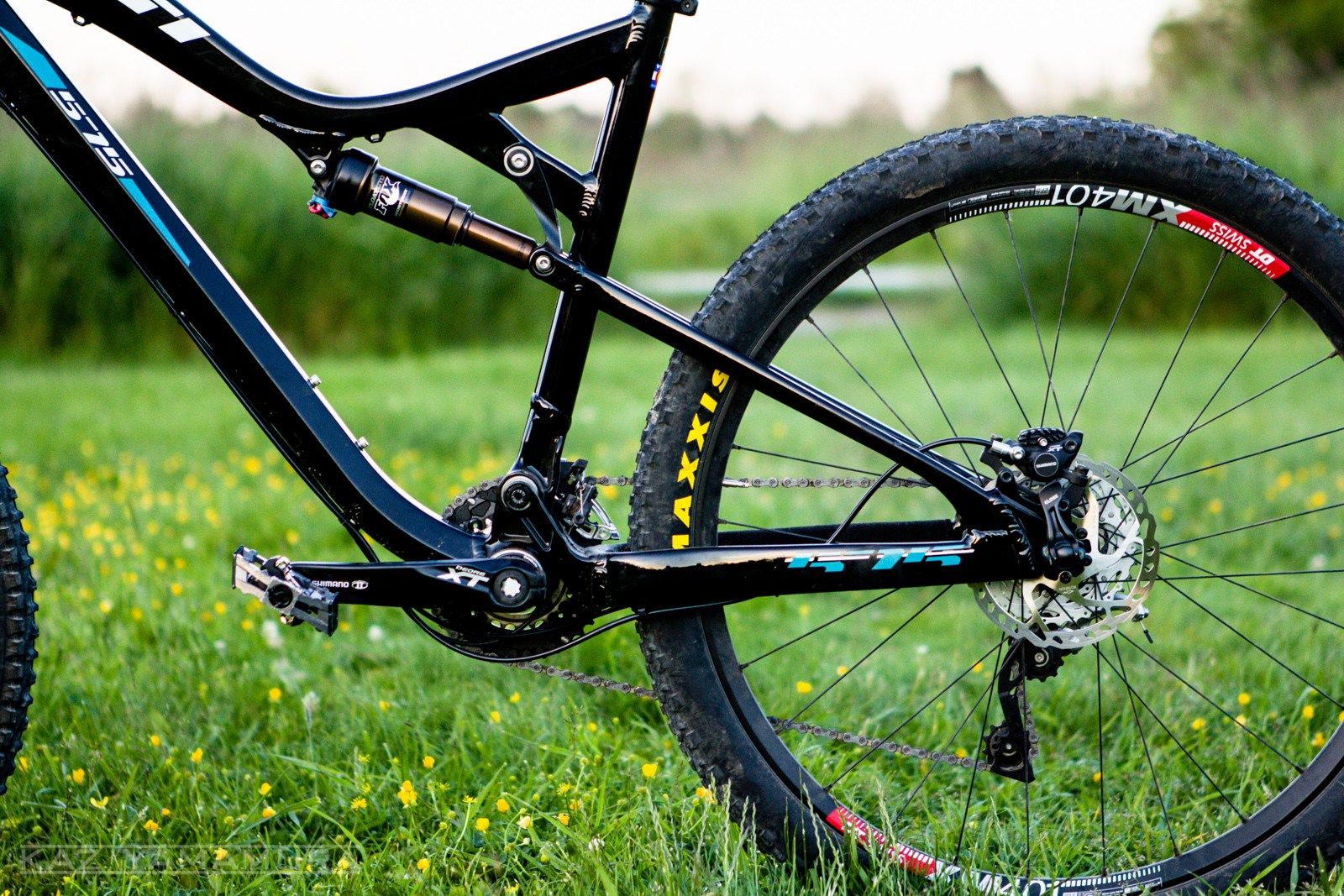 The one piece chainstay and seat stay drive the shock directly with help from a linkage mounted above the shock. How Yeti managed to do away with the seat stay pivot is beyond me, but if it works it works! 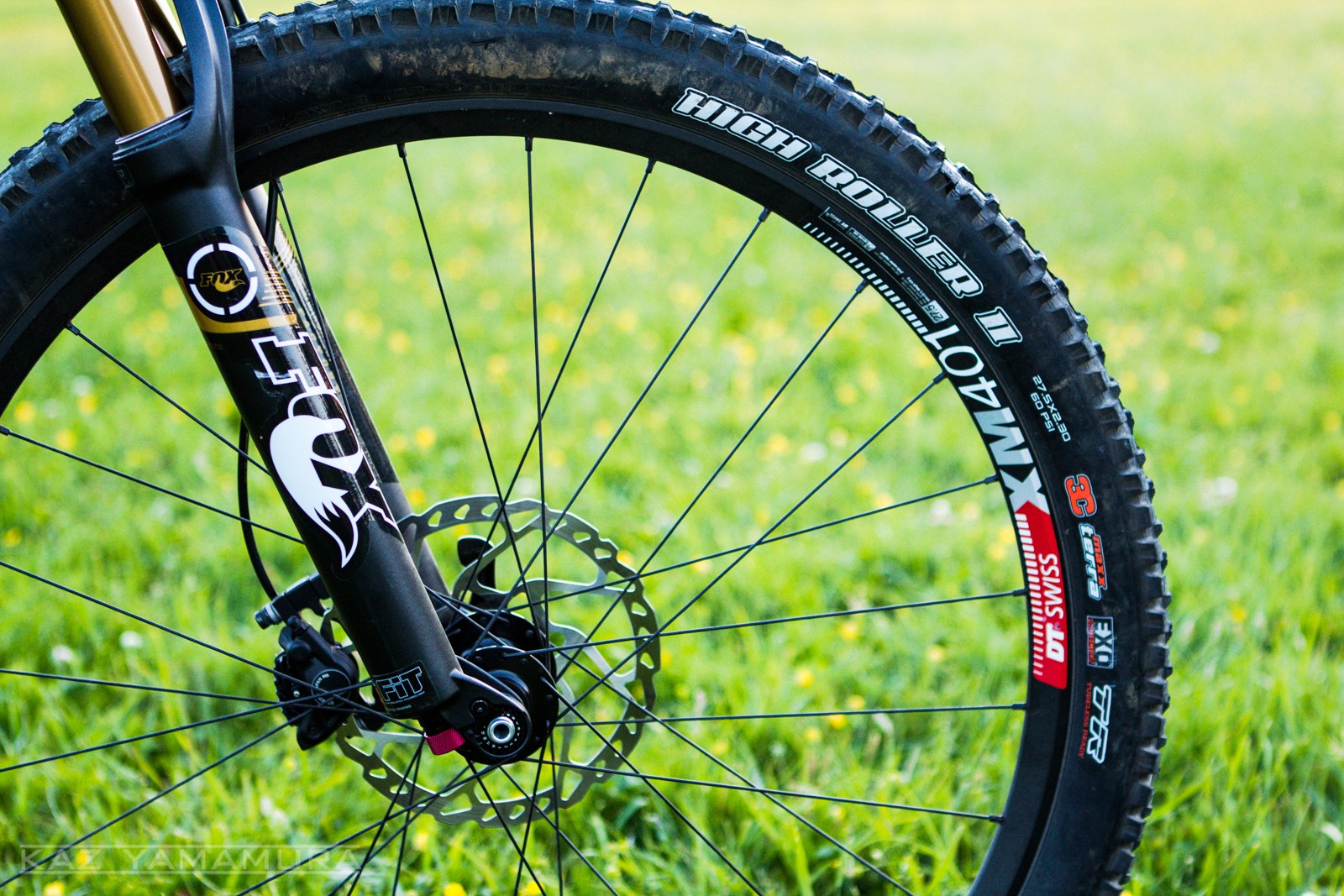 This year the 575 comes standard with a Fox 34 Kashima CTD-Adjust across the board rather than the 32 of the past. With a bit more length in the rear end and Yeti’s generous top tubes, this is a bike built for speed. 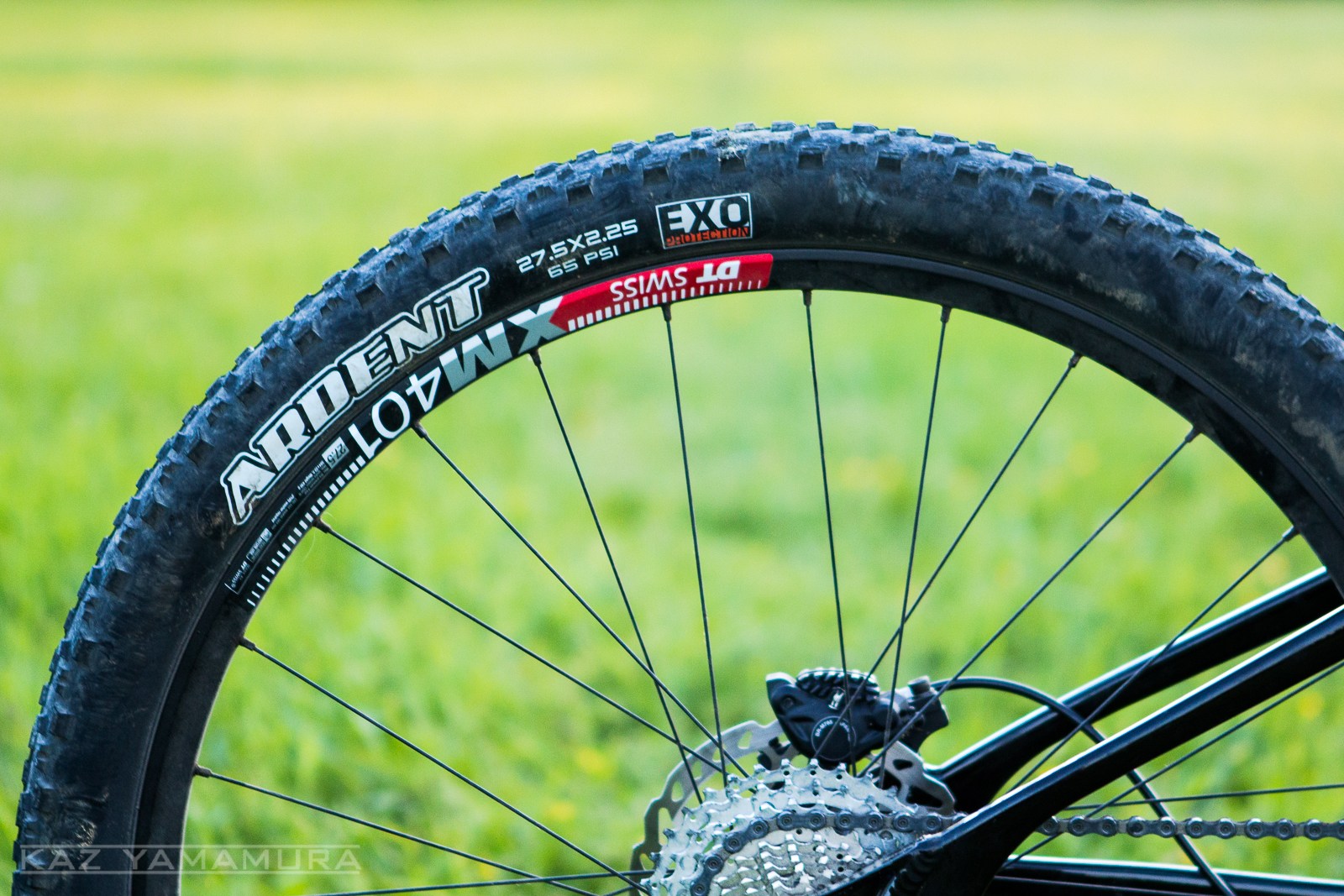 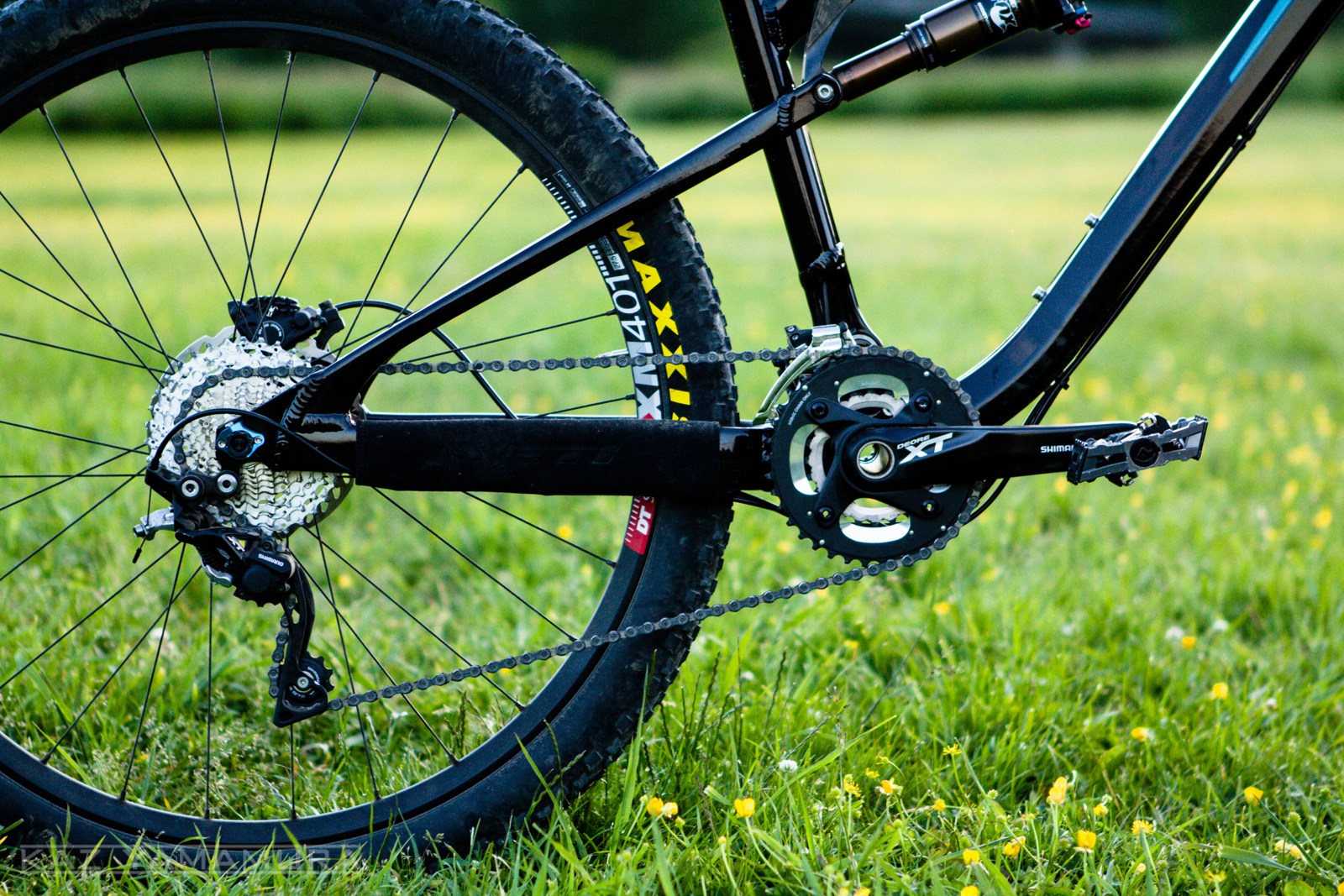 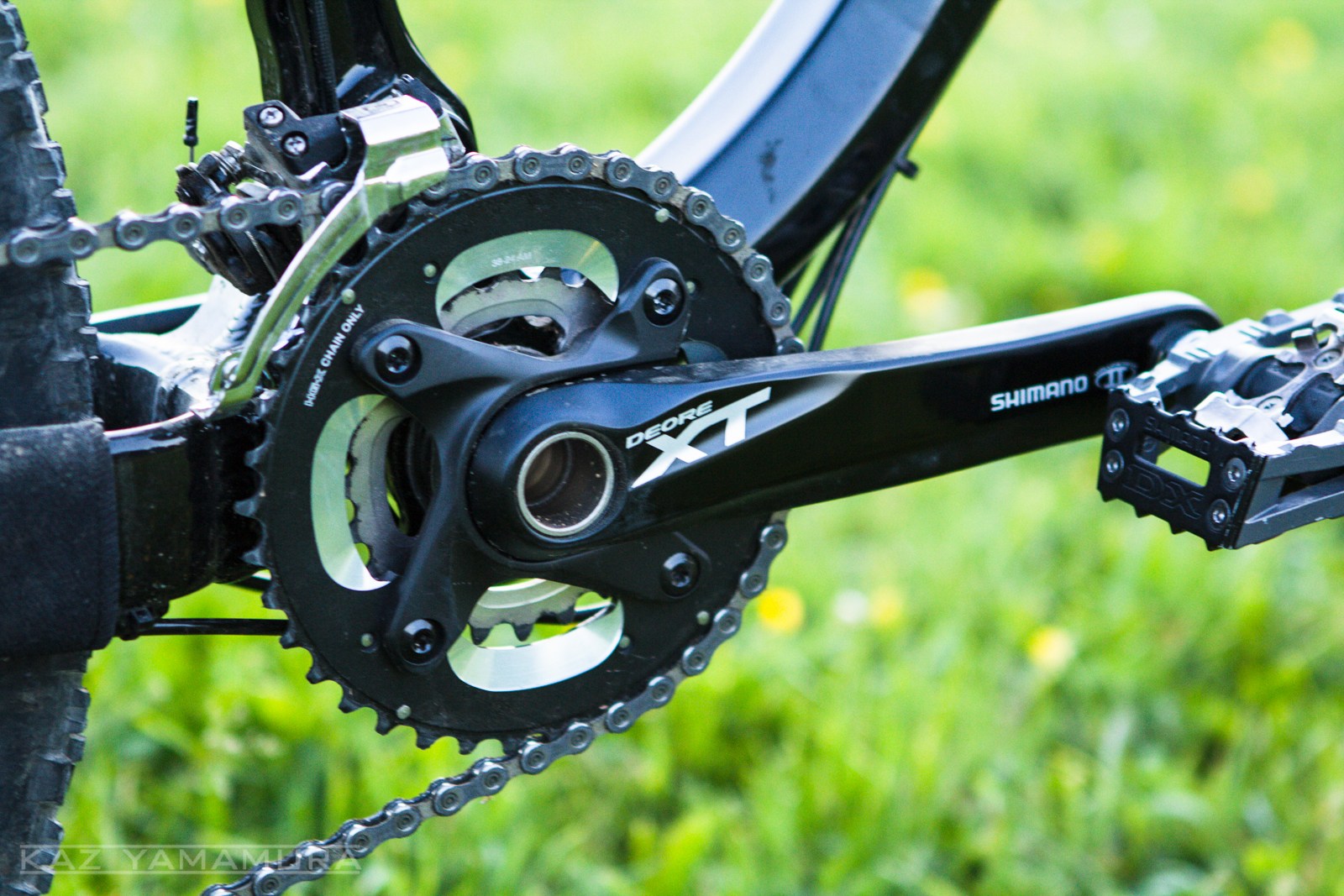 Under that XT crankset is an ISCG mount and a PF30 bottom bracket. 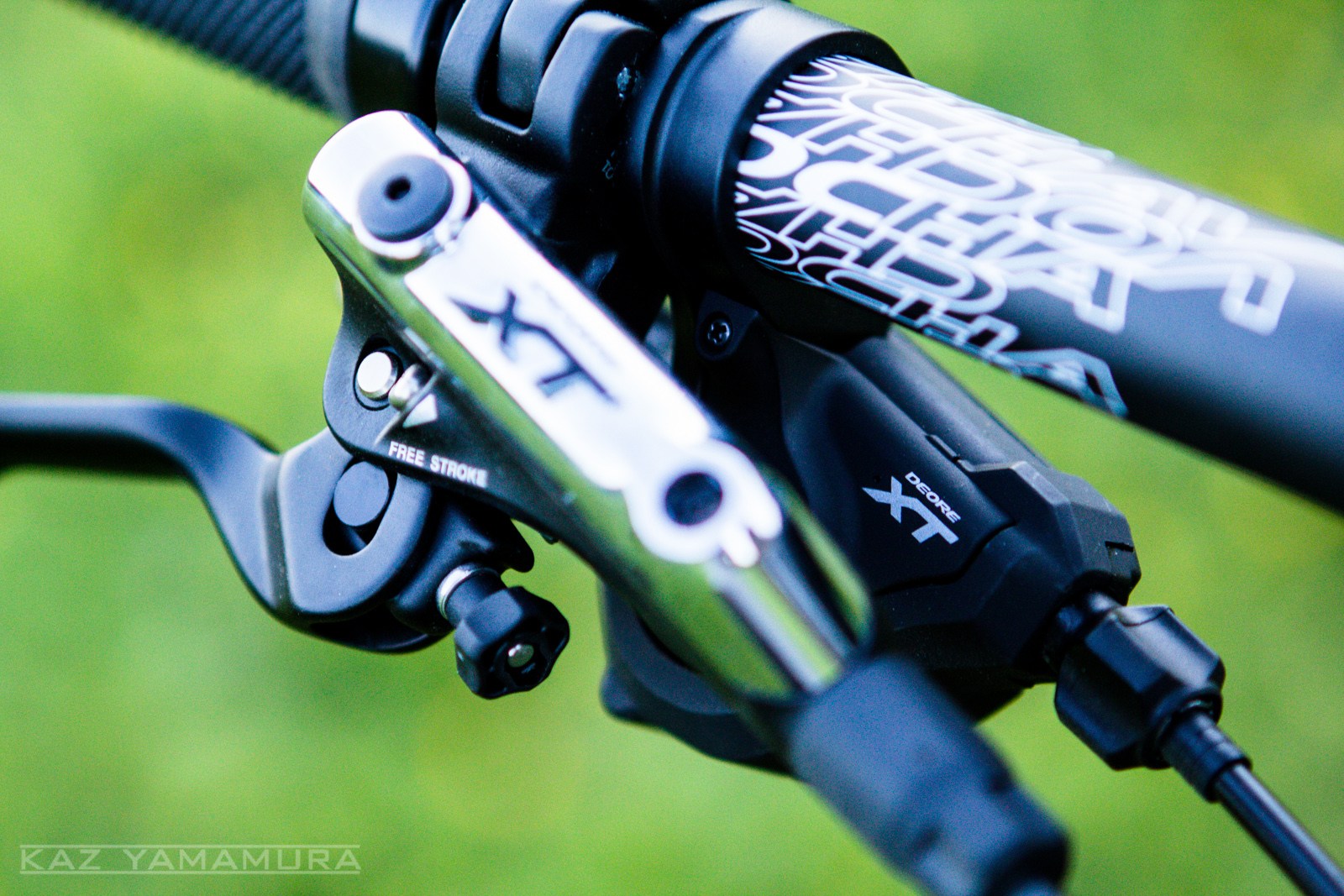 Right down to the shifters. 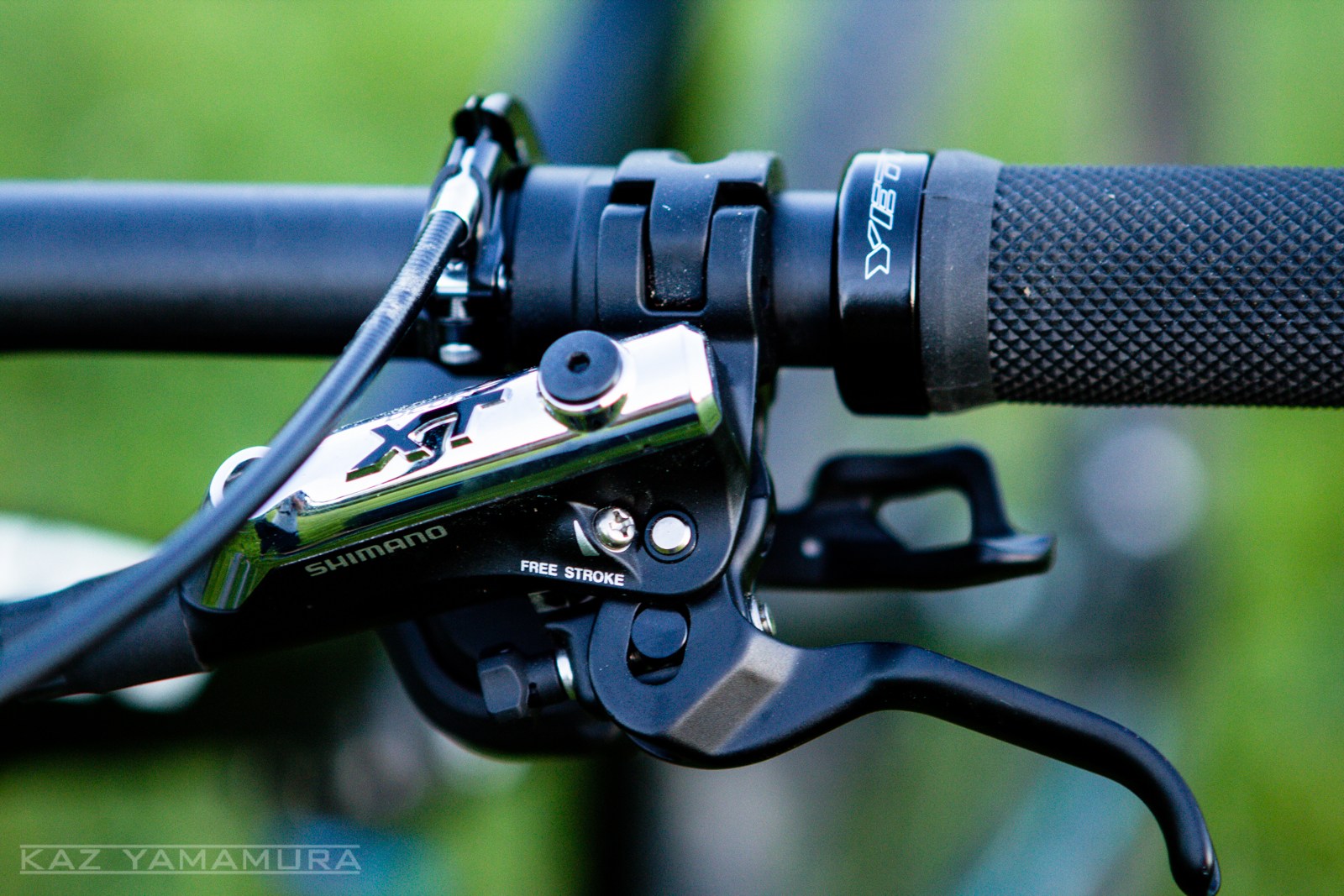 And of course, the always appreciated XT brakes. 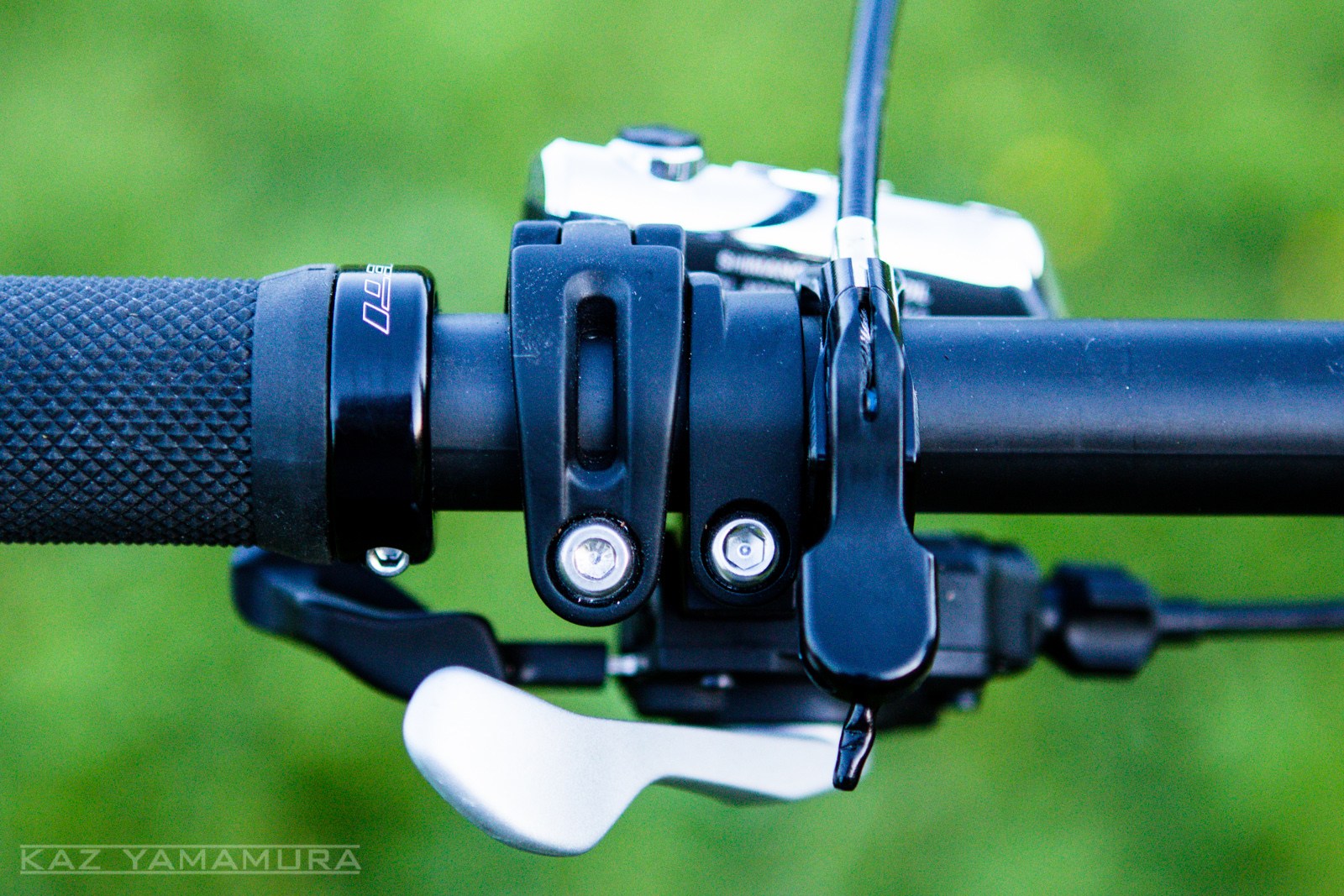 Thomson’s dropper post lever is in a bit of an unusual position but it’ll just take some getting used to. I’ve since pushed the levers in and have the dropper next to the grip. The straight out of the lever cable housing stands out, but I’ll save further comment for the 575’s long term review. 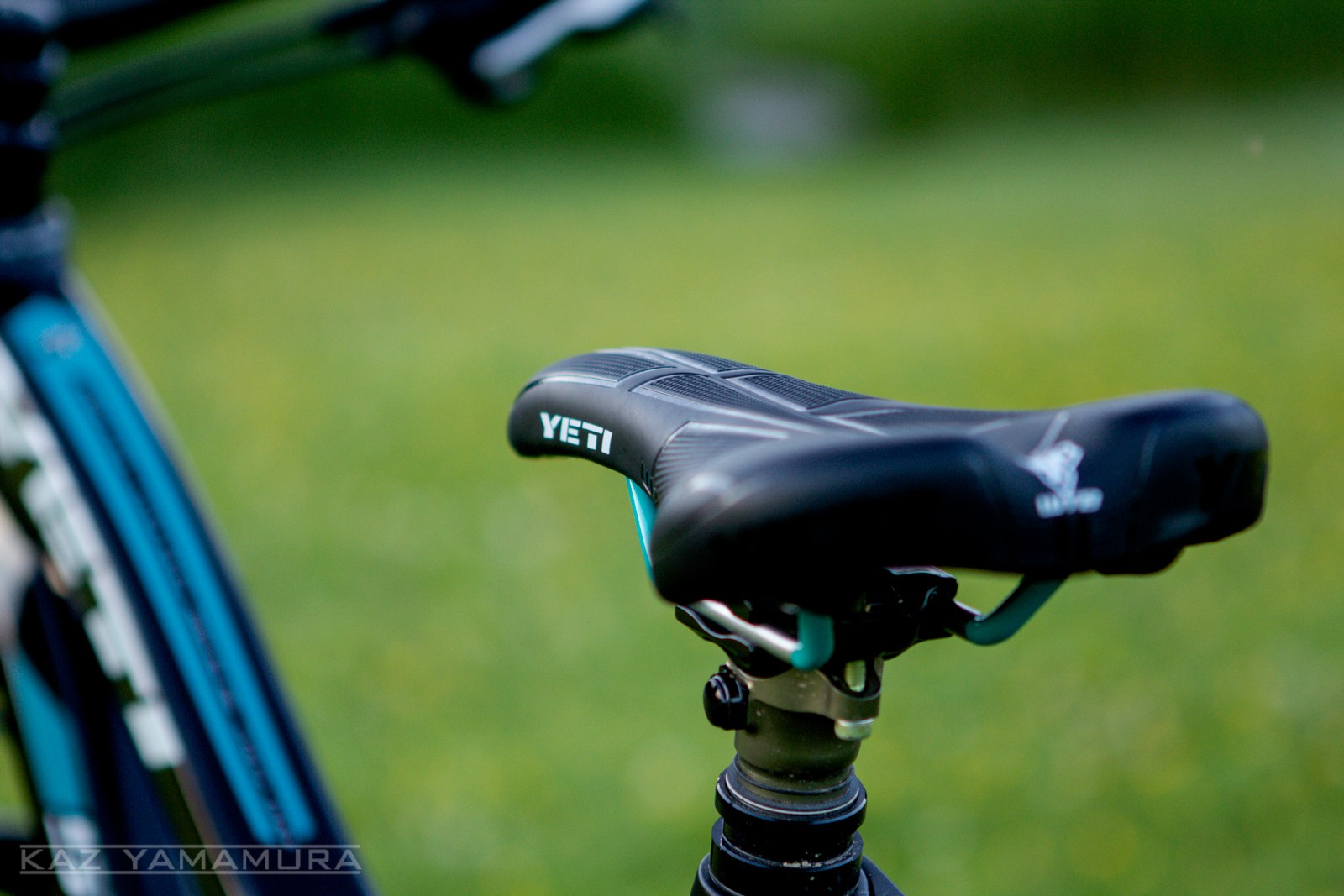 At the other end of that cable is the smooth as butter Thomson Elite dropper. The seat tube, a 72º line straight from the bottom bracket, doesn’t hide anything in effective numbers but still does come out a touch slack for taller riders. Zero offset posts are pretty well standard these days but on this frame it is a necessity. 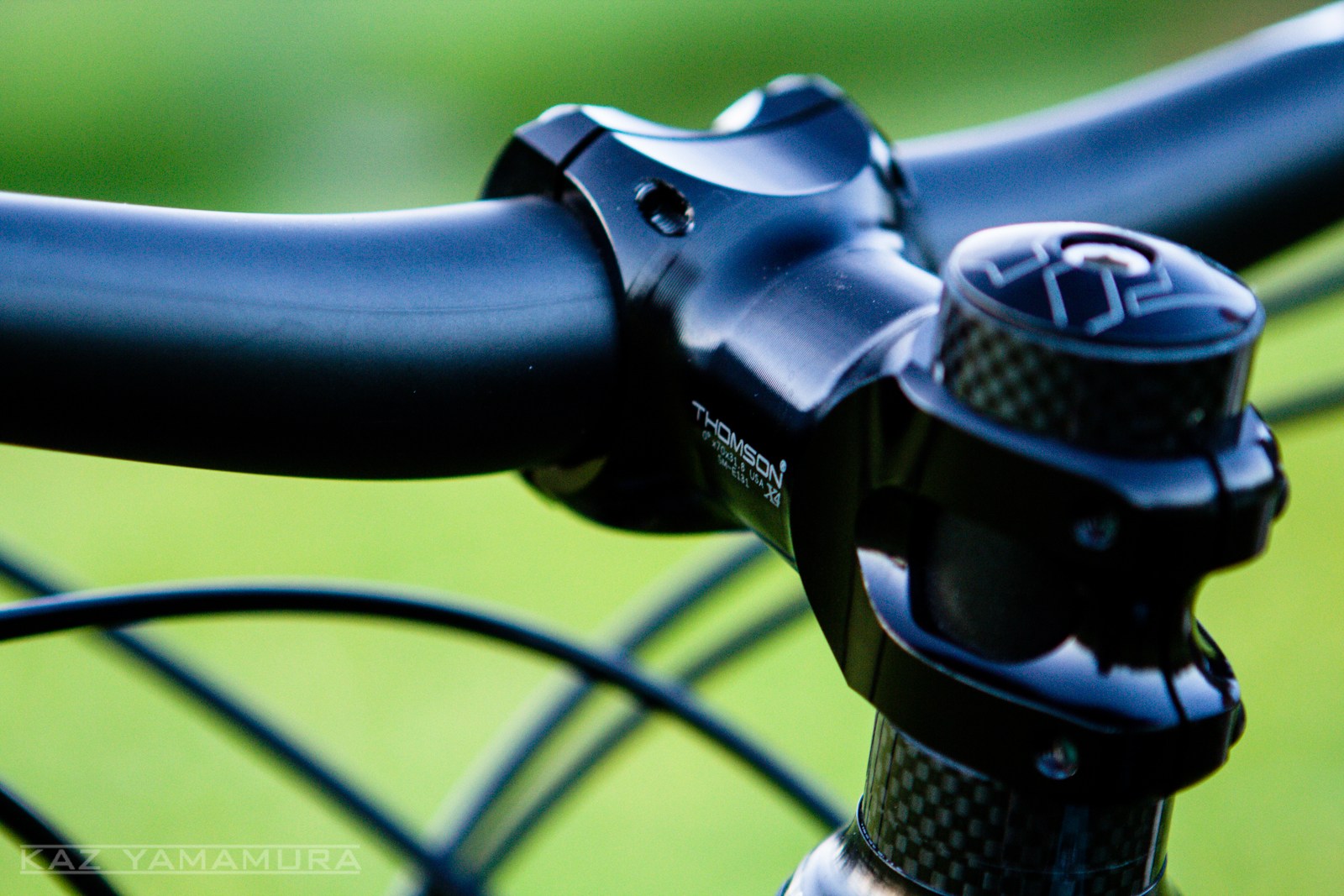 To match the Thomson post, a 70mm stem resides up front clamping a carbon 750mm Easton Havoc bar. You certainly won’t mind looking down at this cockpit. 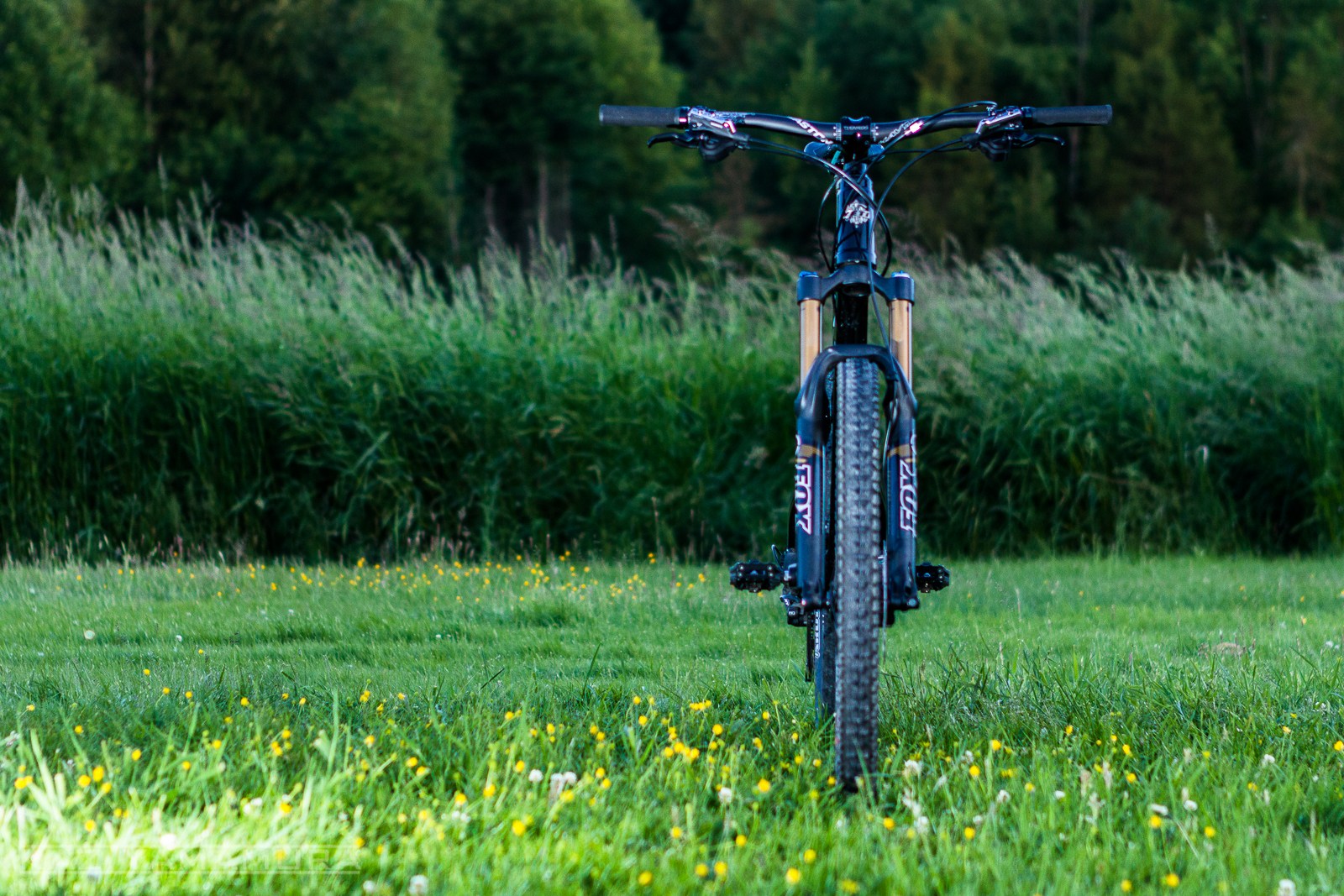 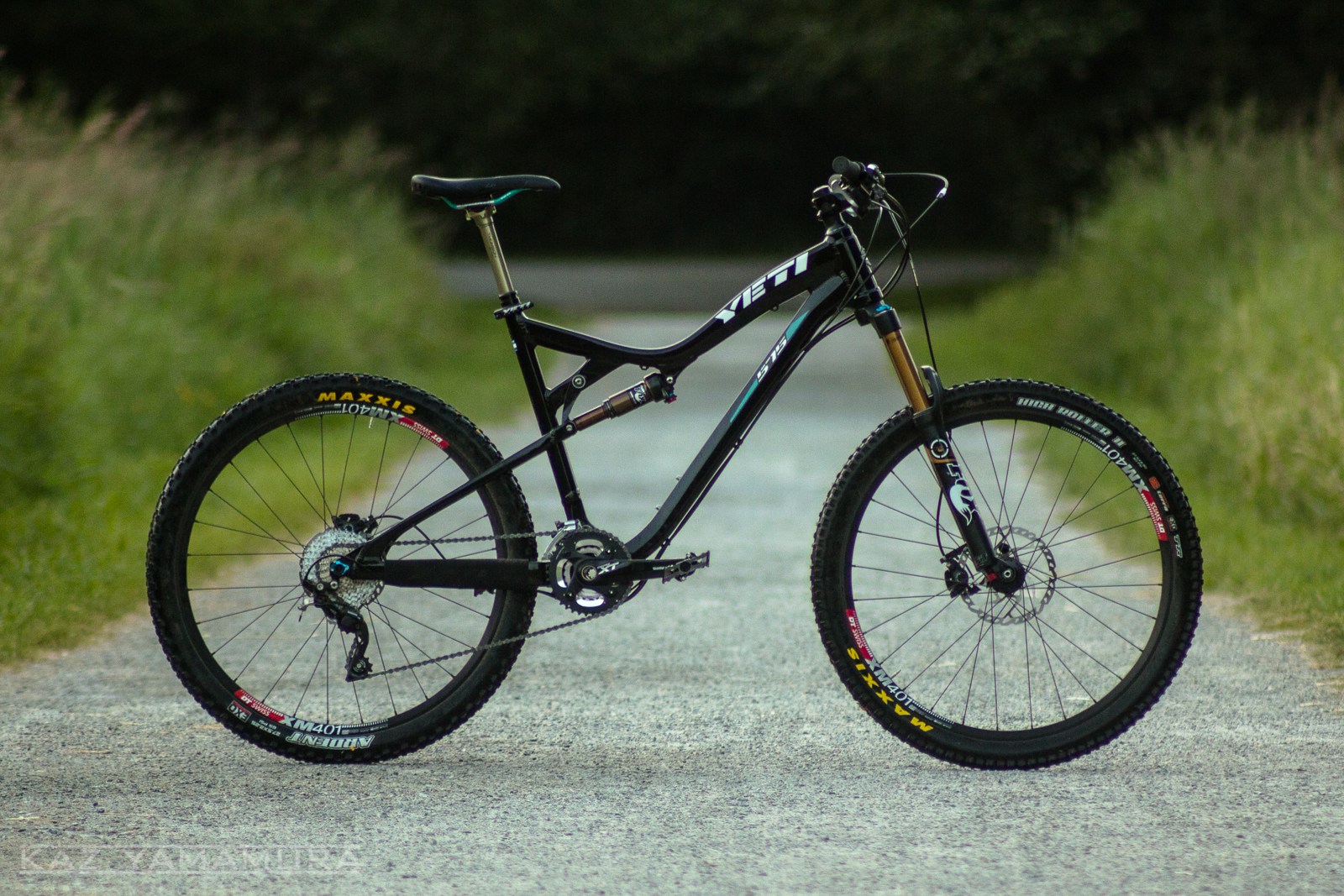 Do you have a Yeti crush?

I got my 2014 575 last month and it has changed the way that I ride. Of
course, my previous bike was a 2009 Specialized FSR-XC, so I'm enjoying
quite the jump in technology.

I took the 575 to Whiteface (just
the lower mountain - I'm not crazy) and it was an absolute blast to rip
those downhill trails. I probably wasn't riding with WC caliber riders,
but I easily out-paced them and their massive downhill rigs.

Awesome bike, I test rode this and the sb75 a few weeks ago. What I haven't understood though is that the 575 has a slacker geometry and longer travel than the Sb75, something which I would have thought would be the other way around.

Interesting than you chose to run them that way, as I'm aiming to do the opposite.

I recently switched from HR2 f+r to DHR2 f+r and felt that if anything I'd ideally want to run the HR2 up front, with the DHR2 out back. The DHR2 feels like it has less cornering bite, and less rolling resistance than a HR2, and definitely more suitable as a rear tyre than front.

I find the HR2 to be way more slippery than the DHR2, and as you mention, slower as well. If I had the option I'd be on two DHR2s (that's what I've got on my 29er), but I only got one in 650B so it's up front. For descending I don't mind the HR2 out back so I suck up the rolling resistance for the all- important front tire. It's worth noting that the DHR2 and DHF 2.3 respond well to wider rims, while the HR2 feels similar on both 23 and 25mm rims. A longer version of this opinion is coming tonight in the way of a HR2 review.

I've had 2 incarnations of 575 and currently ride an ASR-7. I want this bike so bad.