I’m not sure who’s in charge of cranking the Trek hype machine, but they’ve been slacking off. The 140mm wagon wheeler was introduced a couple months ago and, more recently, 650B models to fill out the lineup – but this one largely flew beneath my radar. Considering I hadn’t read much about the Remedy 9 29, I didn’t know what to expect. The only thing I could do was ride it and see for myself what type of bike it was. First thing I did was crank it up some tight single track and revealed it is certainly a force to be reckoned with on the ascents, earning my fastest time by 30 seconds on its first climb.

There were already a few hints it would climb well out of the box: a granny ring, dropper post, and 30.1 pound weight without pedals. What I really wanted to know was if it could descend. With a few rides under my belt the short answer is yes. I’ve been impressed for the most part and will be leaving the bike almost the way it came out of the box. The only change I’ve felt the need to make has been a shorter and wider cockpit. For a more detailed look at the big wheeled Remedy 9 and what features made good first impressions, click through the photos and captions below. 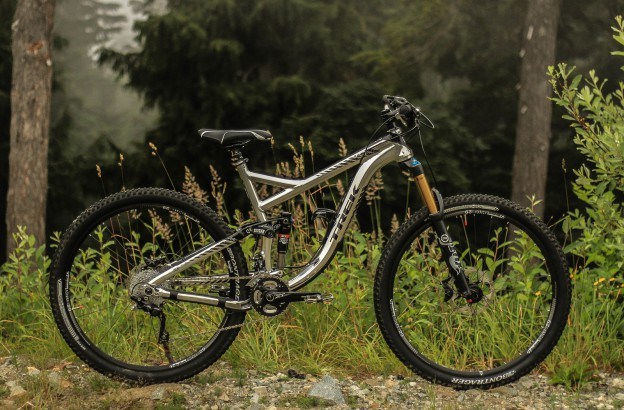 The Remedy series has three 140mm travel 29er options accompanying five 150mm travel 26” wheeled models available now, with the six 650B bikes coming in soon – that’s a lot of bikes. The Remedy 9 29 on test is the top of the big wheel crop, but might still cost less than your car thanks to an aluminum frame and a few value conscious bits. MSRP is set at $4,999 CAD. 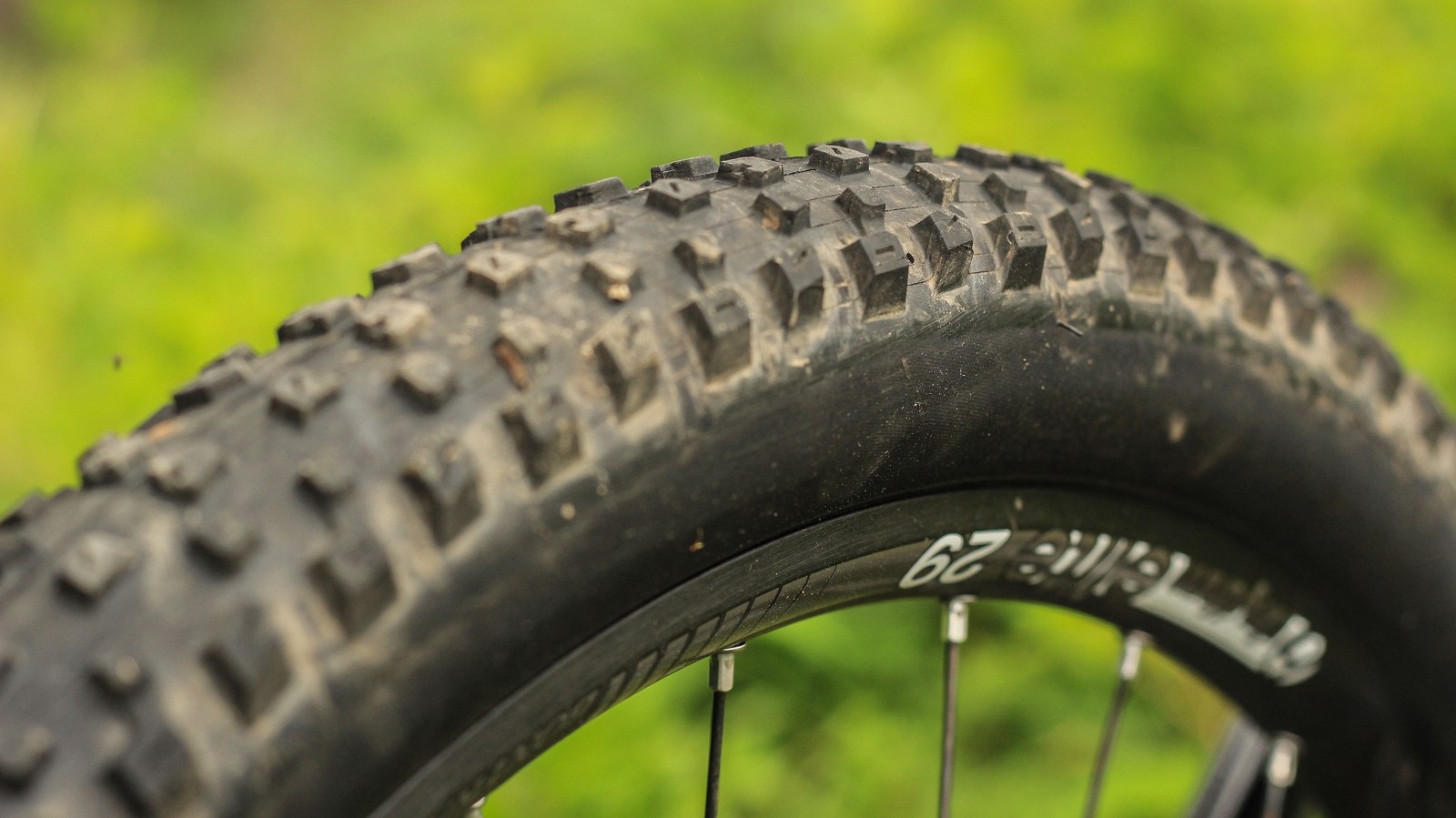 House brand Bontrager components are one way to avoid inflating the cost while still speccing quality parts. The Bontrager wheels on the Remedy 9 29 even come tubeless ready. The 28mm wide Rhythm Elite rims don’t appear dainty, but the large diameter paired with a 28 spoke count does have me a little nervous. That doesn’t mean I’m going to hold back on the trails at all though, especially since the 2.3 XR3 Team Issue tires have already proved grippier than I originally anticipated. 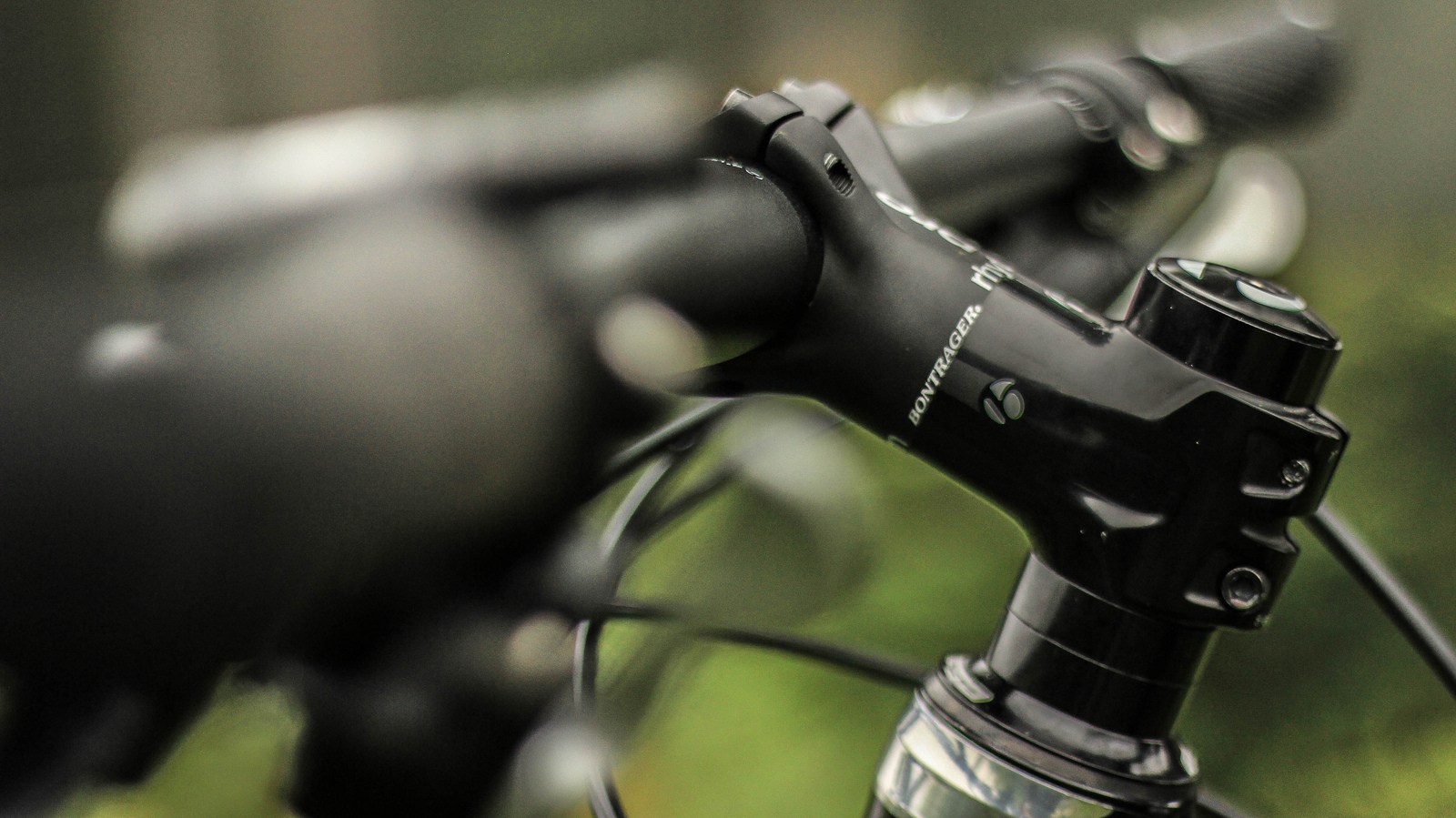 I was happy with the 720mm bar and 80mm on the flatter trails, but as soon as got to the steeps I wanted to be a little further back. When it comes down to it, this is really just personal preference.

Trek leaves the dropper post to RockShox, which is nice to see. The 125mm Stealth Reverb is all I need, and the internal routing is the icing on the cake. Both derailleur cables run through the frame as well to create a rather clean end result.

Shimano takes on slowing the Remedy 9 29 down, and the XTs have made a great first impression. They were really easy to set up exactly the way I wanted with a free stroke screw and tool free reach adjust. I’ve yet to re-adjust or overwhelm the brake so colour me impressed. 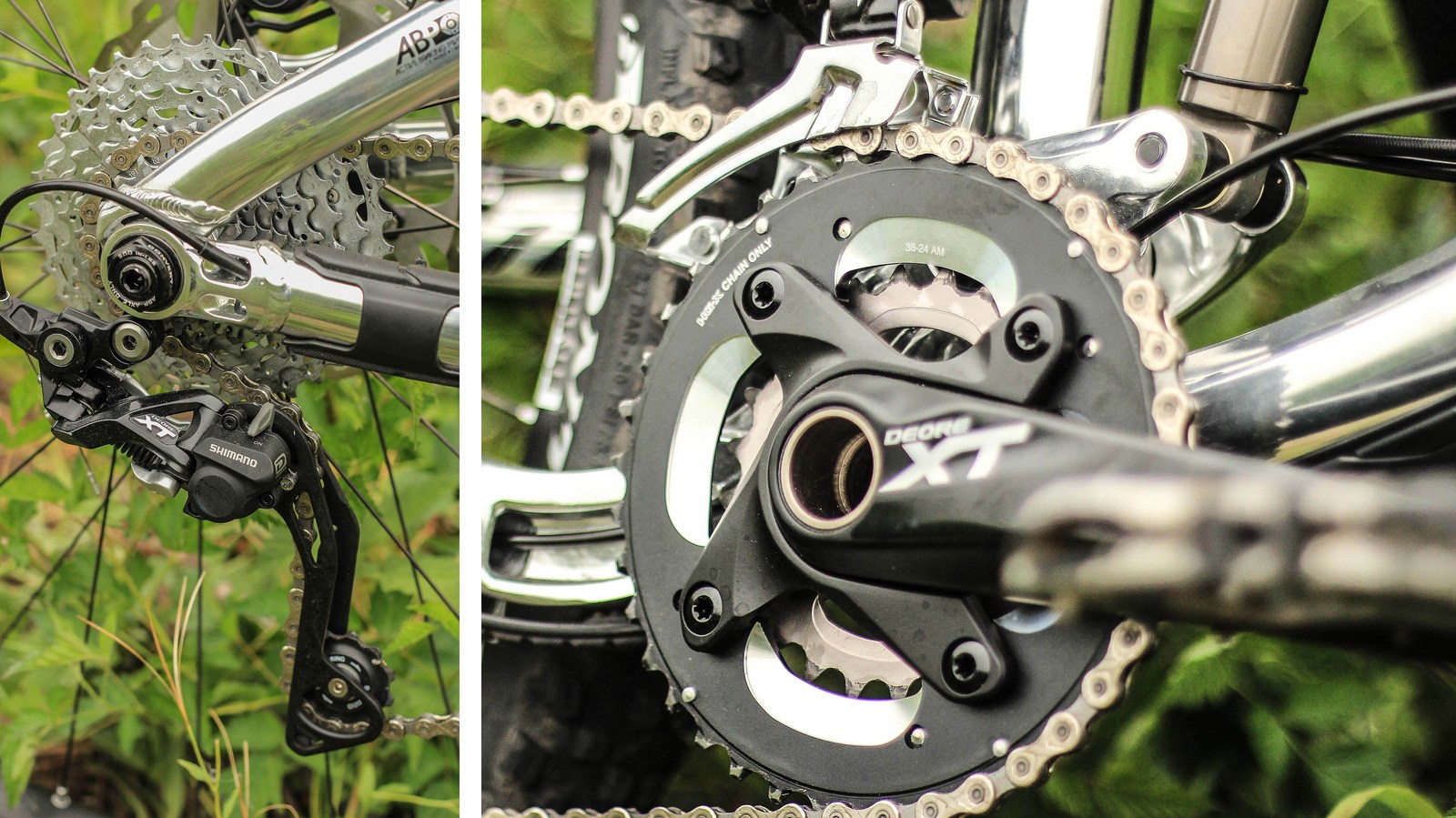 XT is also all over the drivetrain. I questioned the bigger 38/24 front chainrings, but I have used all the gears so I can’t critique too much yet. The Fox Float with CTD damper is able to make the rear end pretty much rigid, so I shouldn’t encounter problems even if I’m always climbing in the granny ring. More pedaling will be done and I aim to find something to complain about. There hasn’t even been excessive noise or any chain drop to report yet, possibly thanks to the Shadow Plus technology on the rear derailleur. 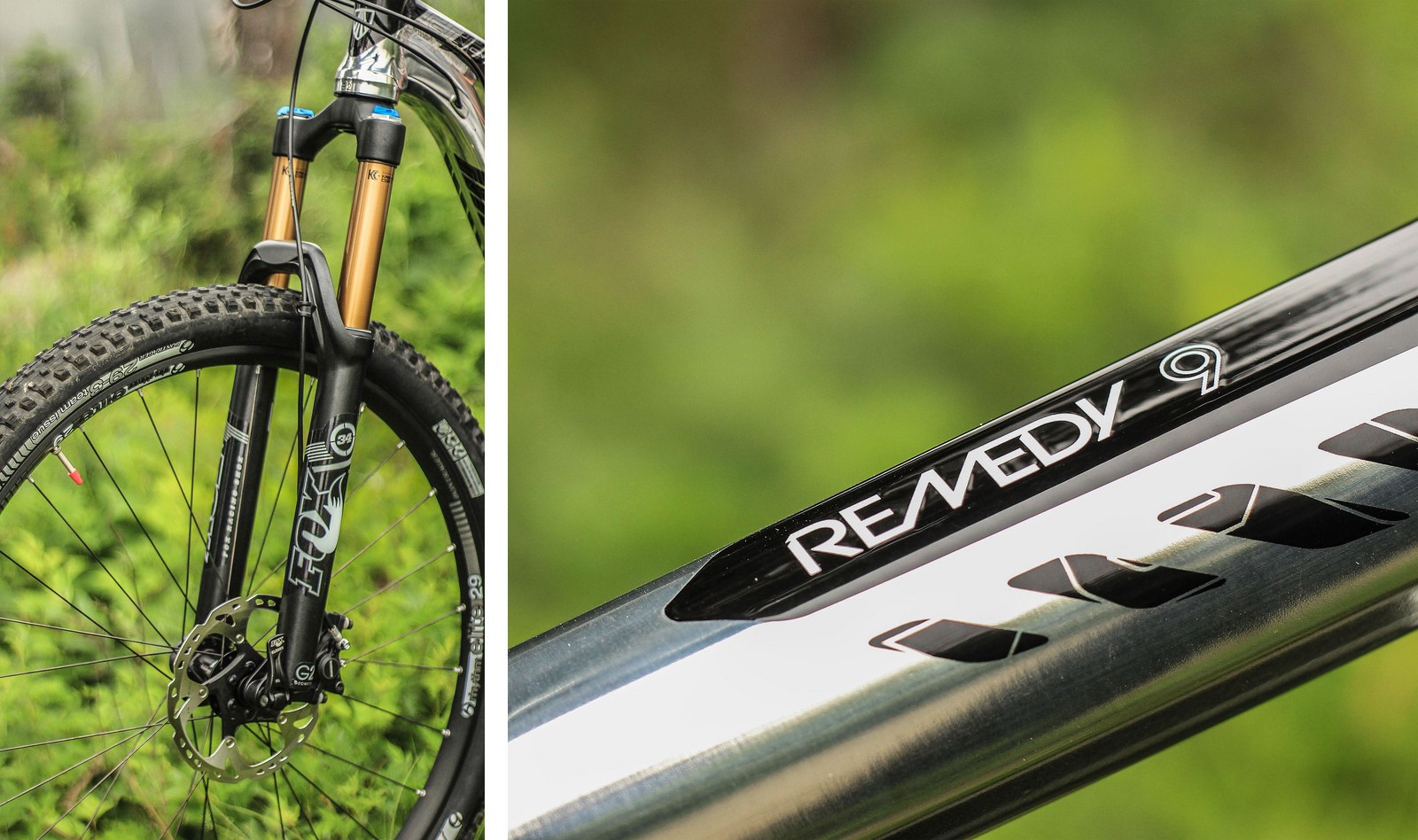 There’s also a CTD damper on the 140mm Kashima coated Fox 34 Float up front. The front damper has behaved exactly the same as the rear thus far with noticeable differences between the climb, trail and descend settings. 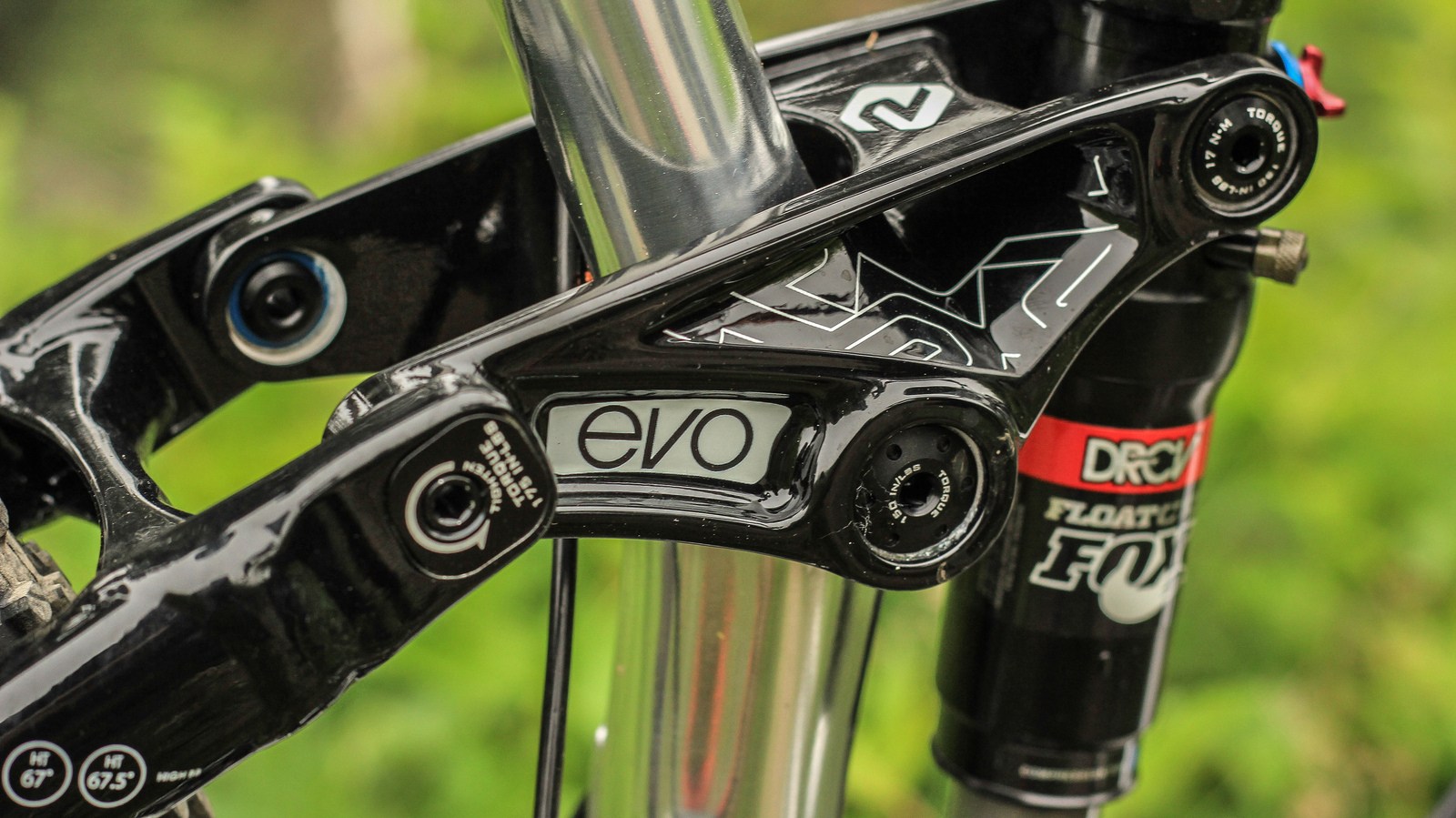 The frame itself has some noteworthy details beyond the cable routing and chrome finish. The square Mino Link connecting the rocker to the seatstays is able to be flipped in order to change the head angle between 67 and 67.5 degrees and alter the bottom bracket height up to 10mm. The rear shock features Dual Rate Control Valve (DRCV) technology which means it has two chambers to pedal efficiently while still taking big hits. Each bolt has a torque value on it too. It’s evident some thought went into this one.

Andrew Shandro was out smashing top spot at the well-contested NSMBA Toonie Enduros on his Remedy 29 this year. Are big 29ers still all the rage or do you think the 650B option eat into sales?

Thanks for spec'ing a double, Trek. This single-ring trend is overblown.