If you were thinking that looks really familiar when you laid eyes on this bright orange machine, you wouldn’t be wrong. For 2014 Santa Cruz has cheekily renamed the Solo in response to a trademark issue. While it seems there are a lot of people confused by the numerical nomenclature, the 125mm 5010 platform is clearly just out to have fun.

In recent years Santa Cruz has taken to spec’ing burly parts groups with meaty tires and wide bars, even on their shorter travel offerings. For those of us living north of the 49th parallel, this has been a welcome change. While the 5″ travel market is mostly populated by long-legged XC bikes, the 5010 stands as a plush, playful trail bike with a parts kit to match – and yet still tips the scales favourably with its 5 pound carbon frame.

Out on the trail the 5010 feels like a lot more bike than its 5″ of travel and 32mm fork might indicate. That bottomless VPP feel mates well with the burly build kit to make for a trail bike that likes to spend time off-piste, and that’s just fine by me. 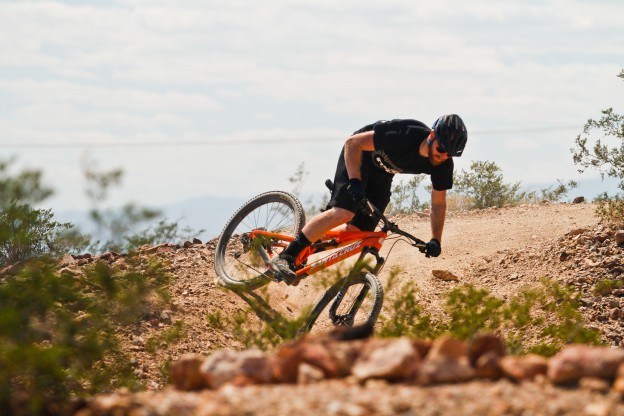 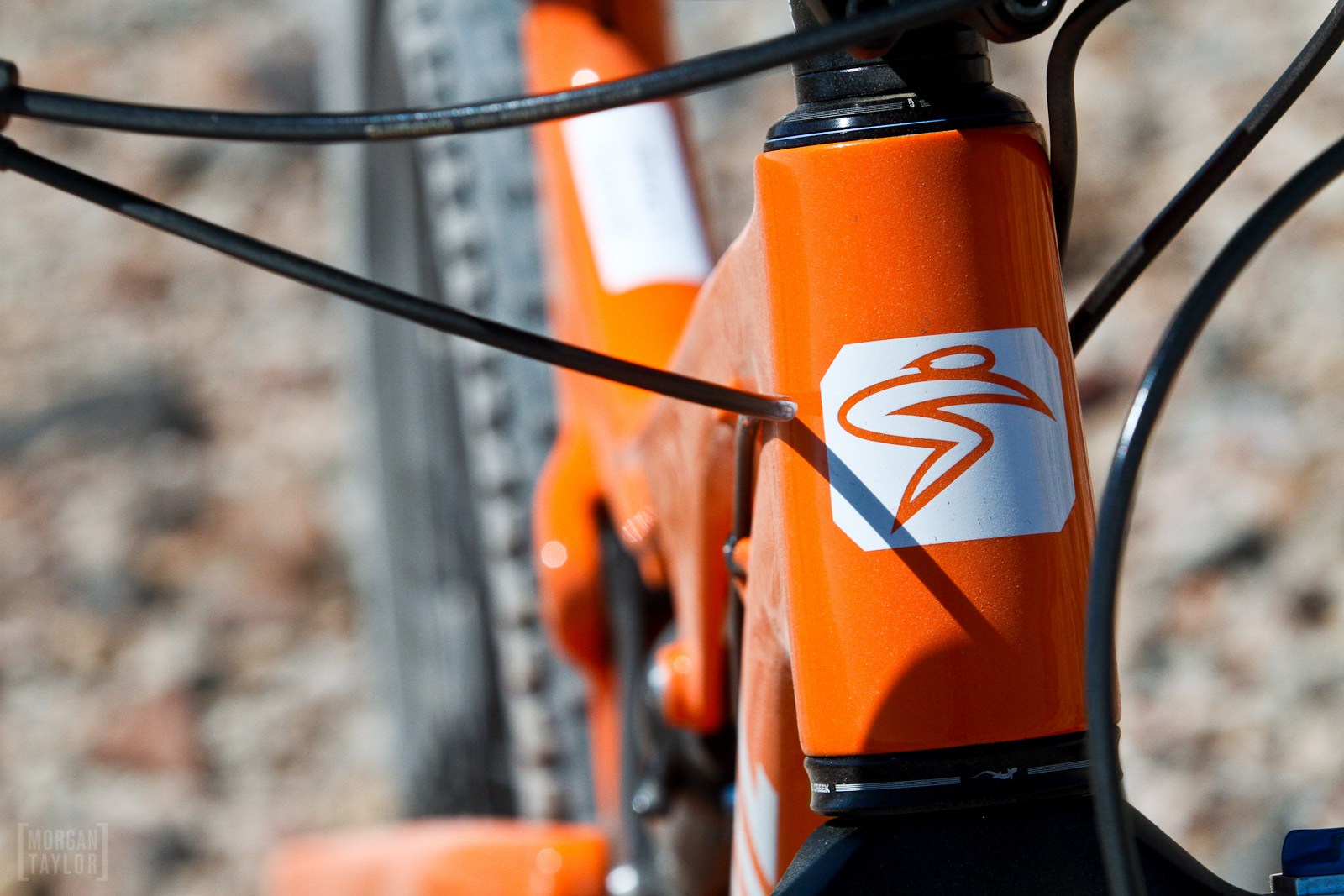 Fun fact: Santa Cruz specifically matched the orange to my sunglasses. Thanks, guys! 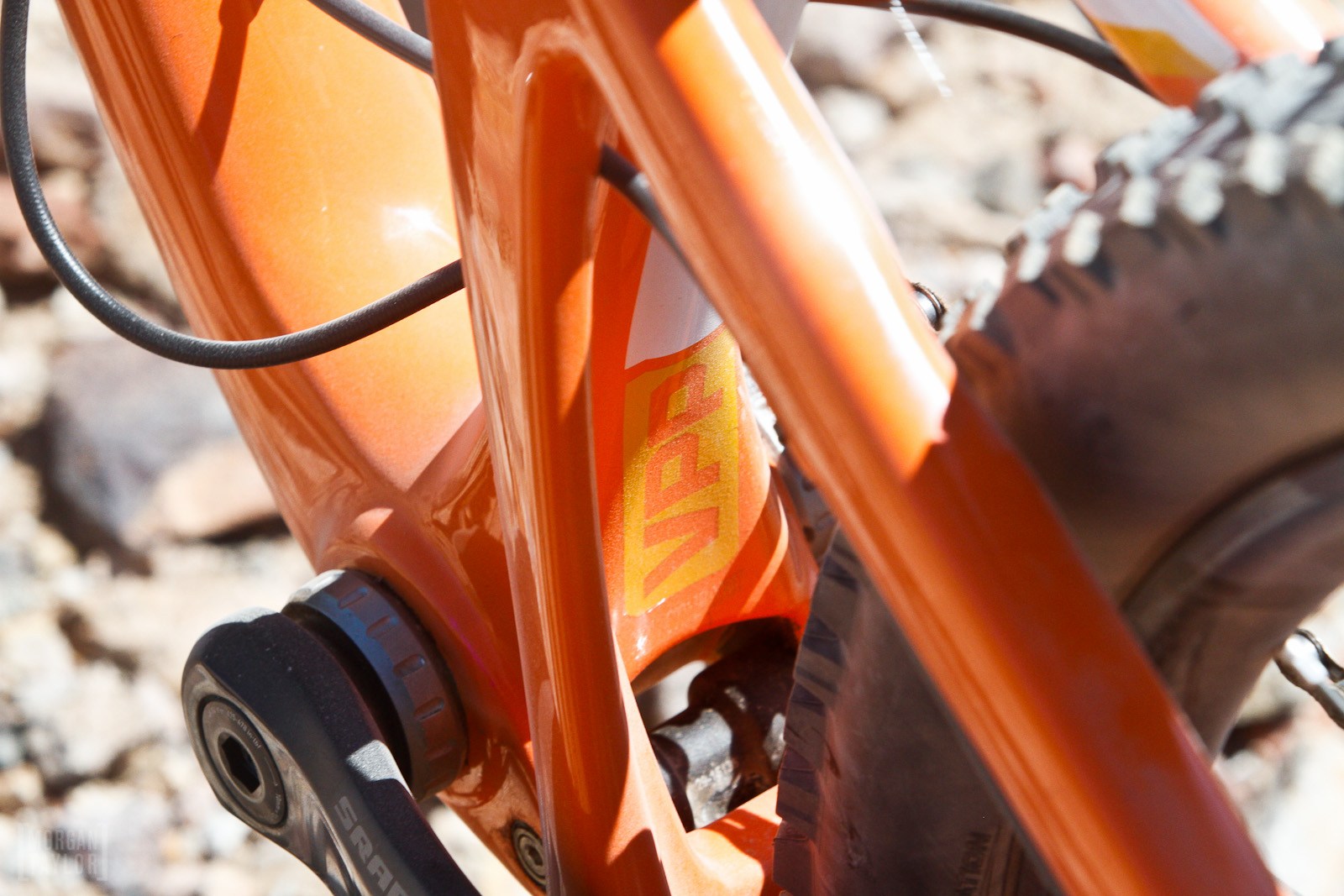 Now flanked by the single pivot Bantam, the VPP 5010 is the upper end 125mm offering from Santa Cruz. 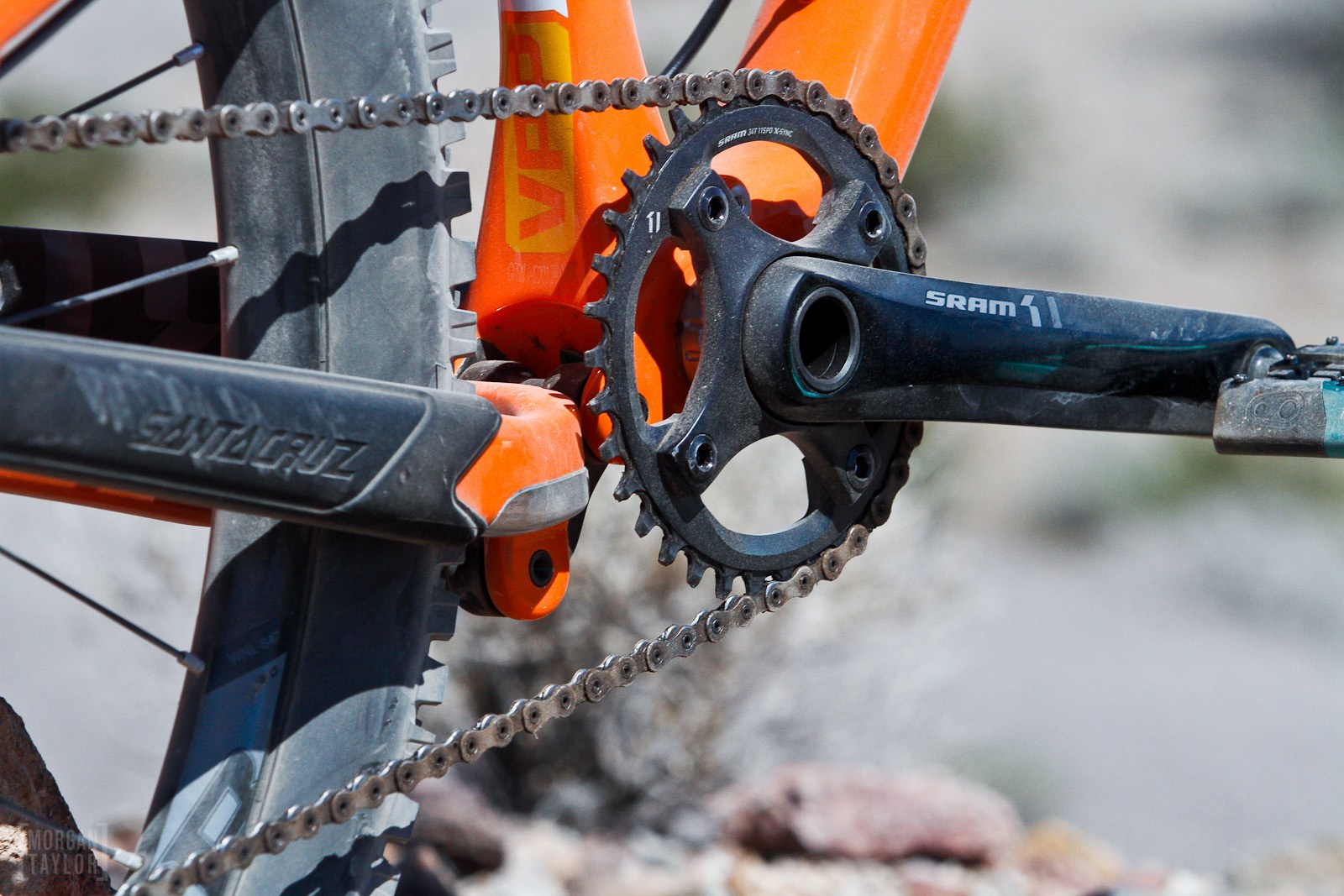 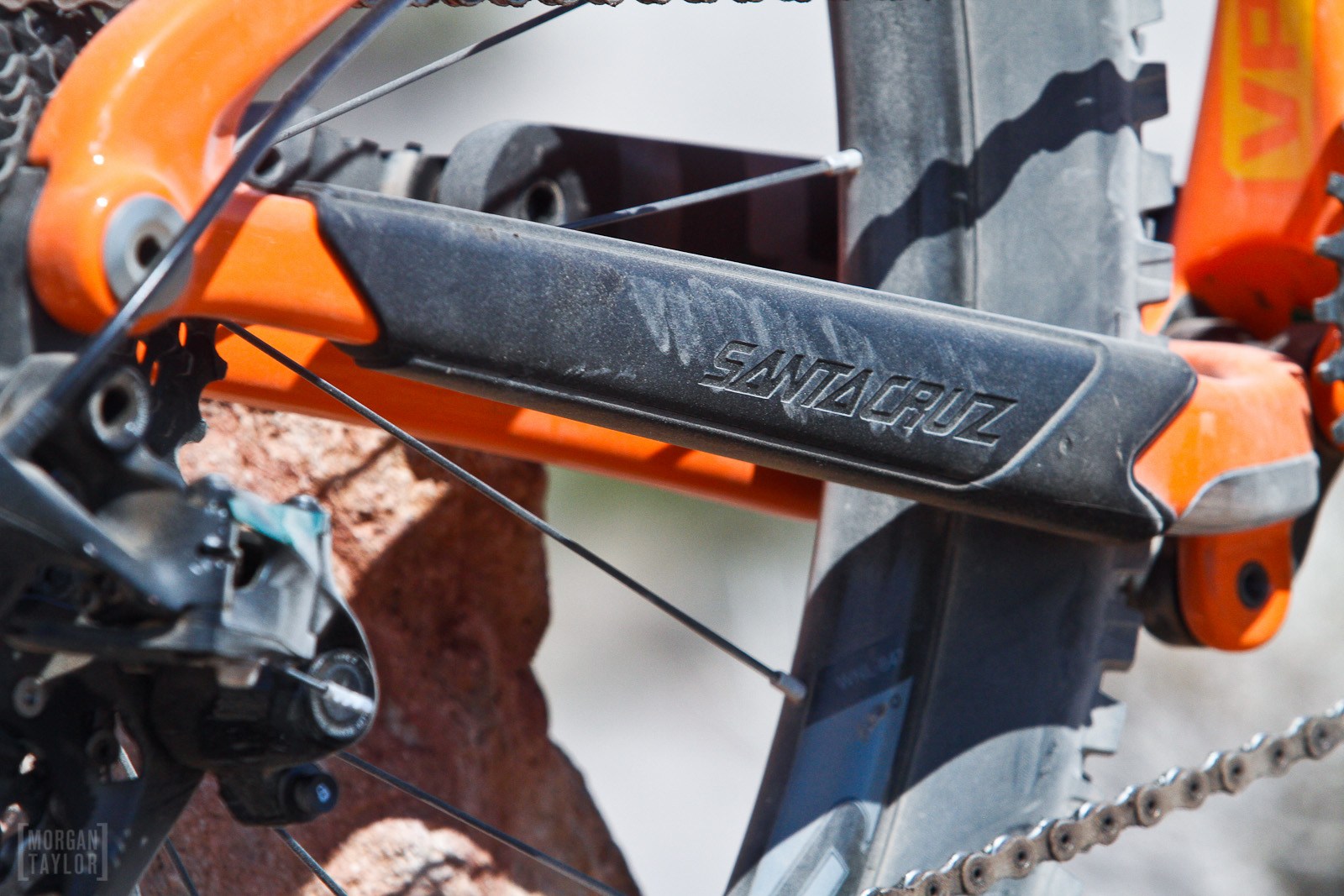 At some point you’re going to smudge your pretty accessories. 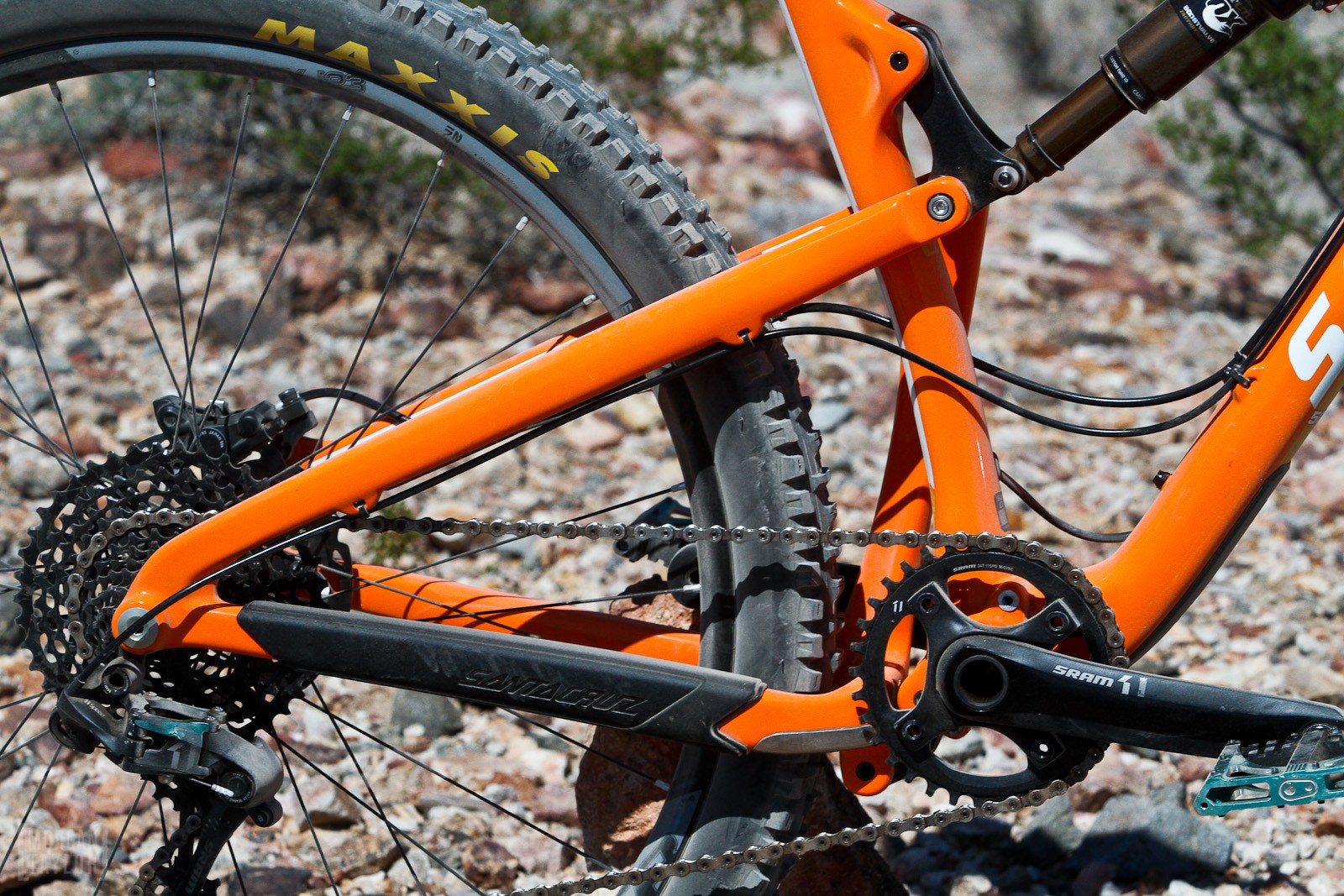 The one-piece VPP rear end is something Santa Cruz is particularly happy with. 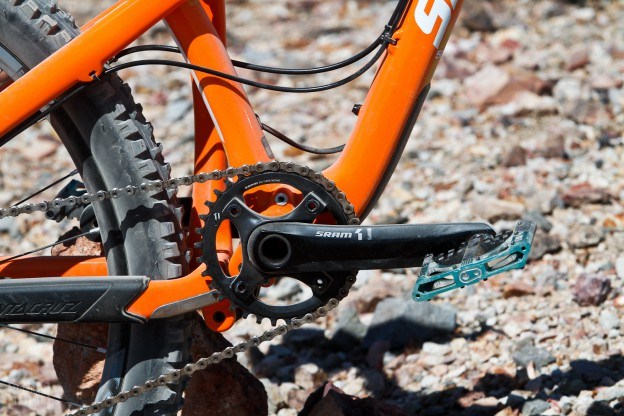 Crank Brothers 5050 pedals. On the 5010. Maybe they’re on to something with the numbers thing? The teal pedals didn’t click for me until… 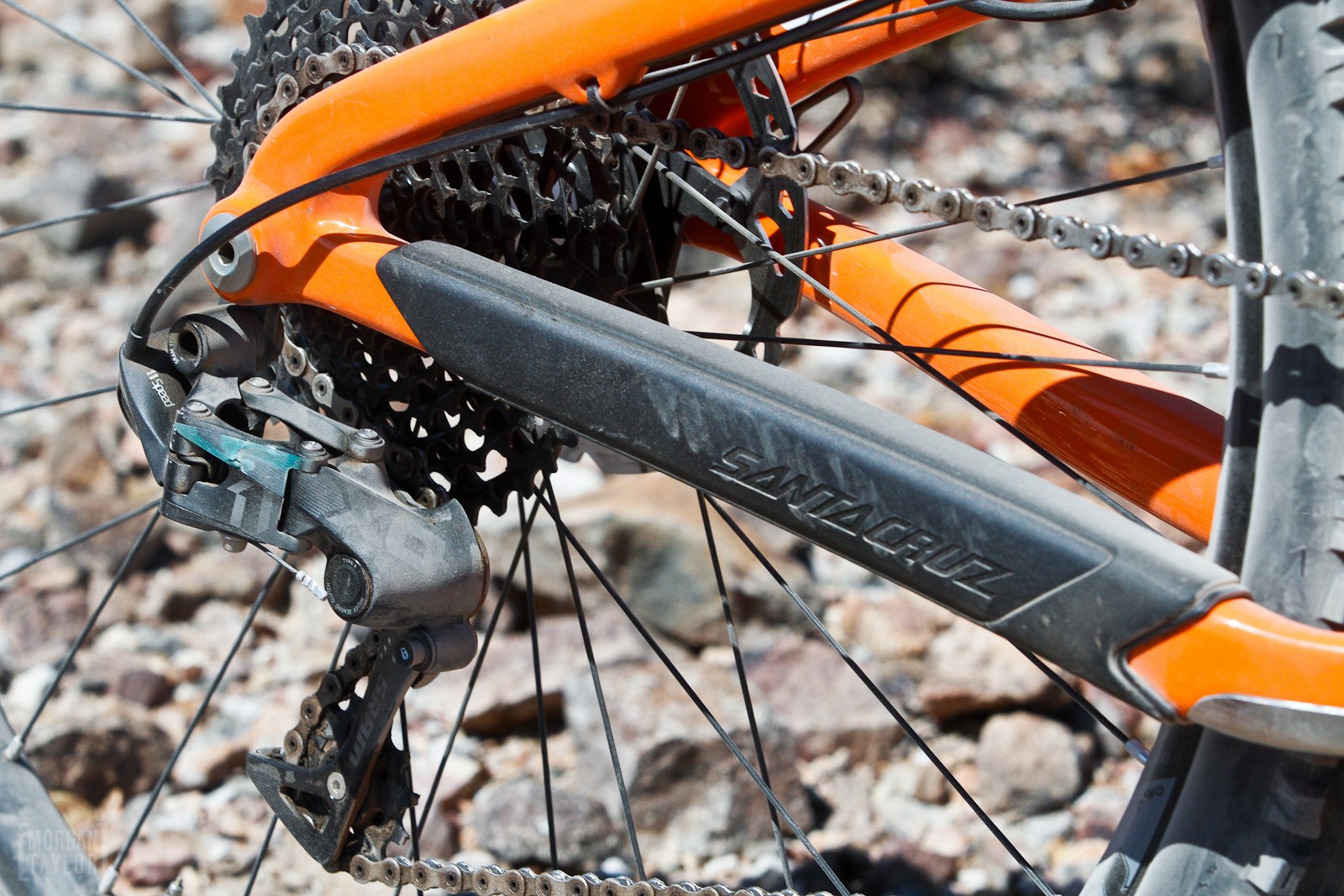 I saw the same colour on the XO1 rear derailleur. Go royal blue and you get the New York Knicks. 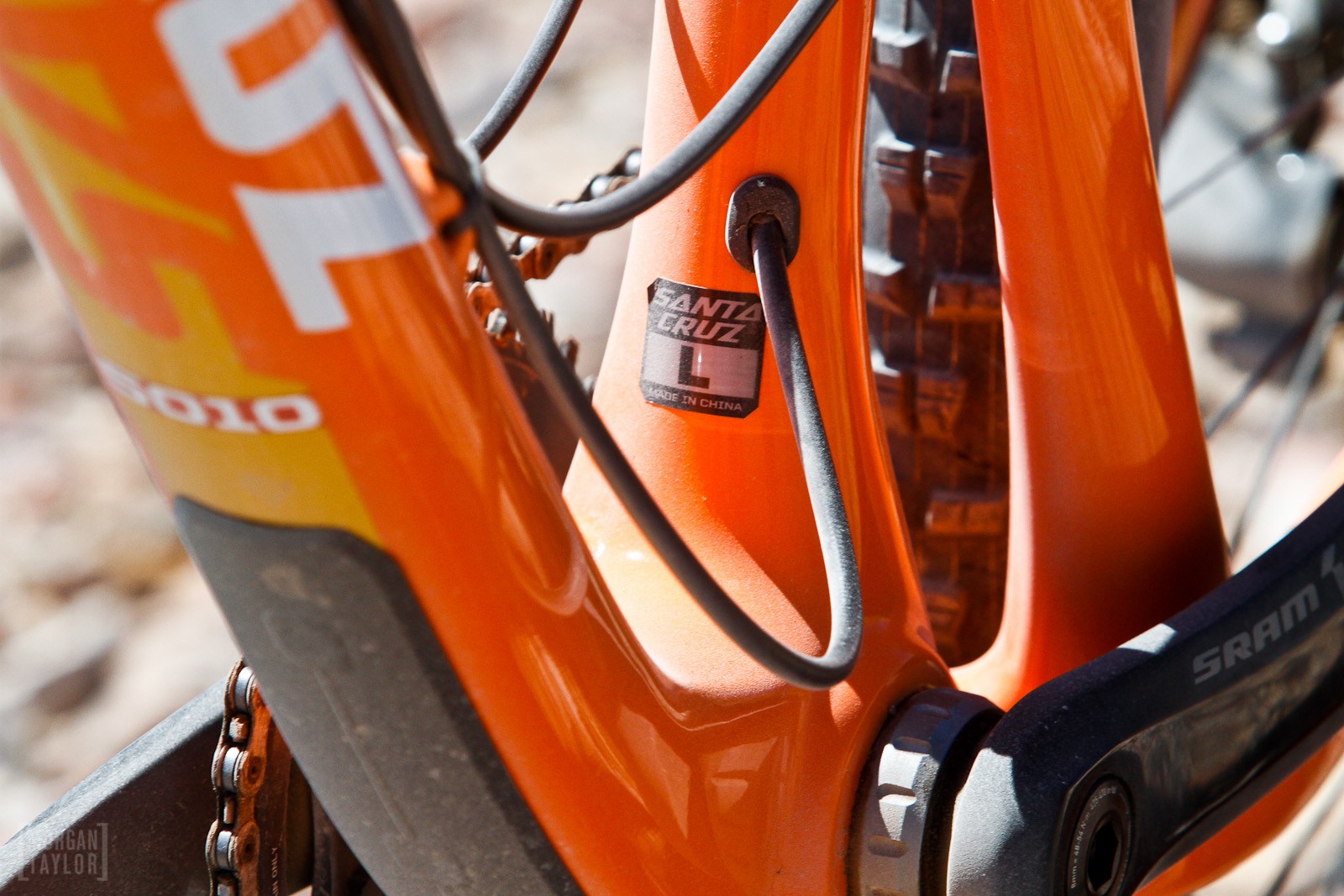 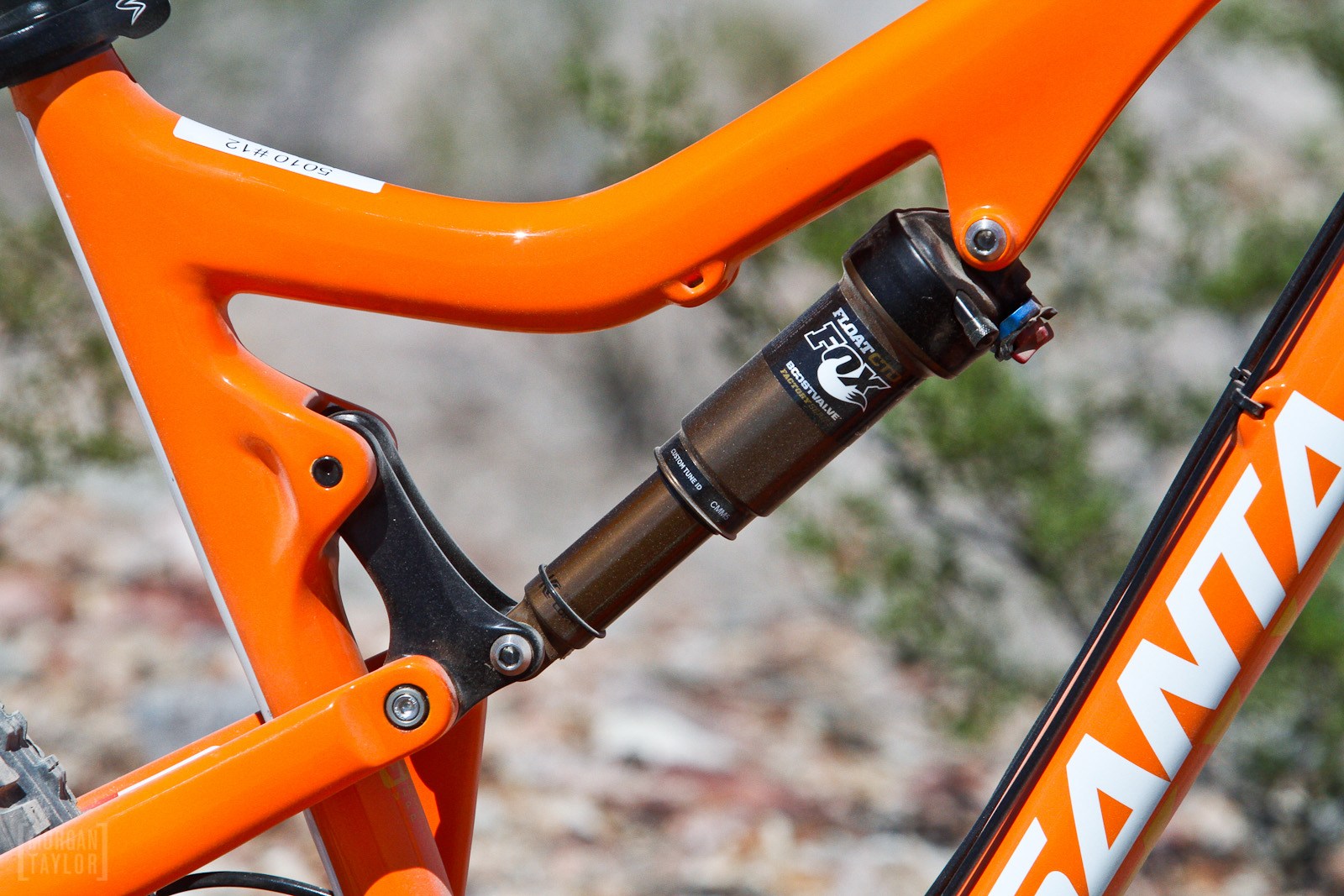 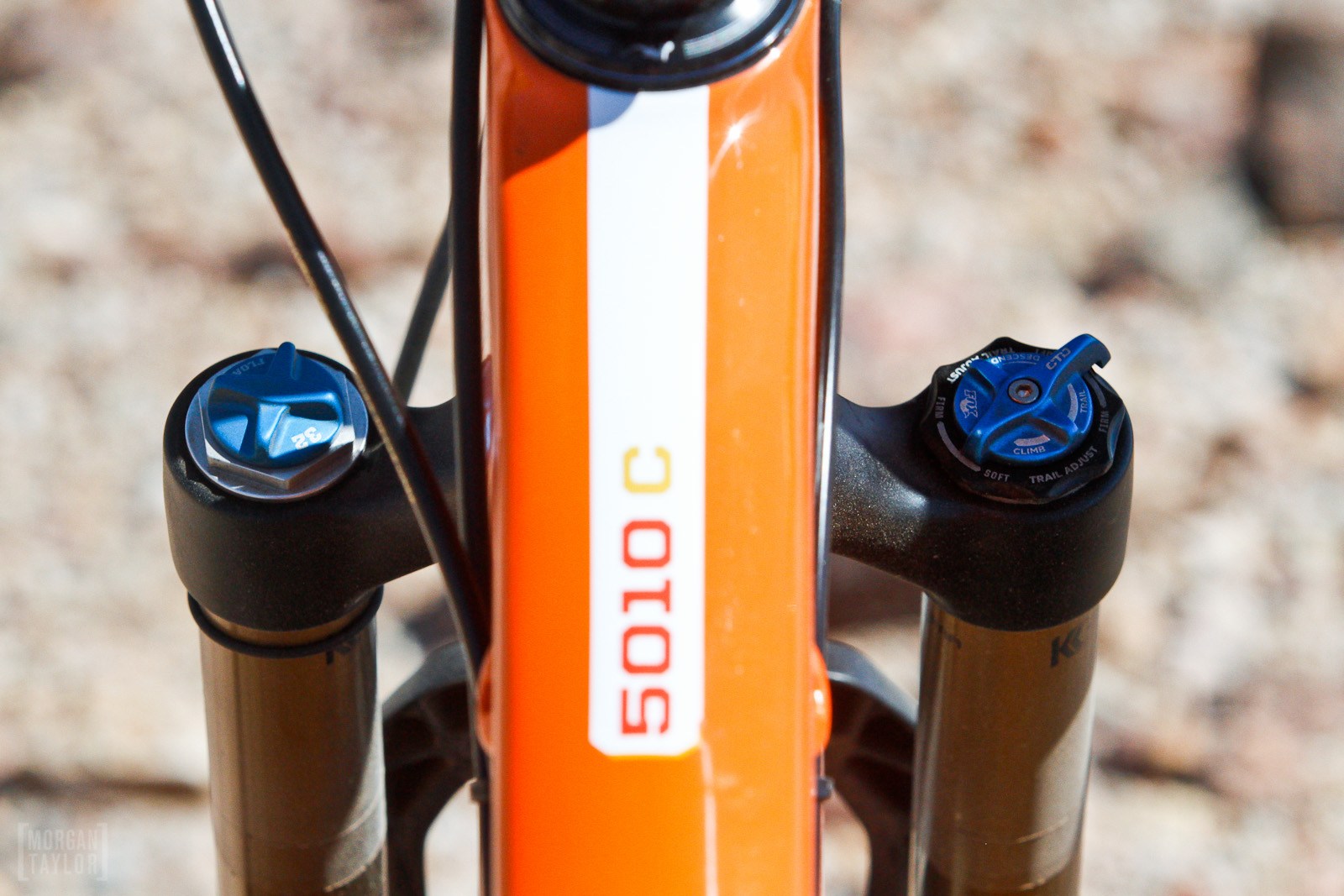 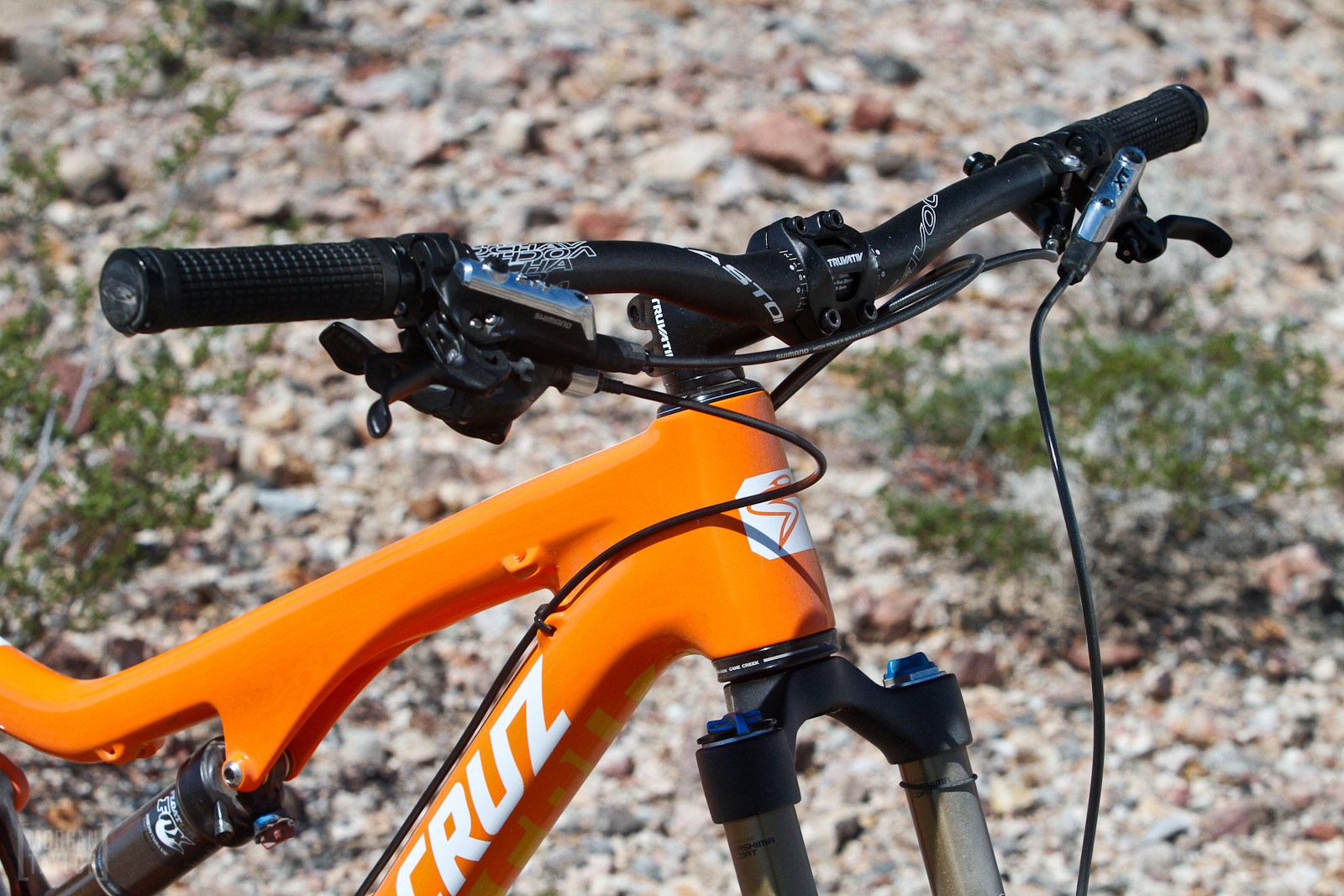 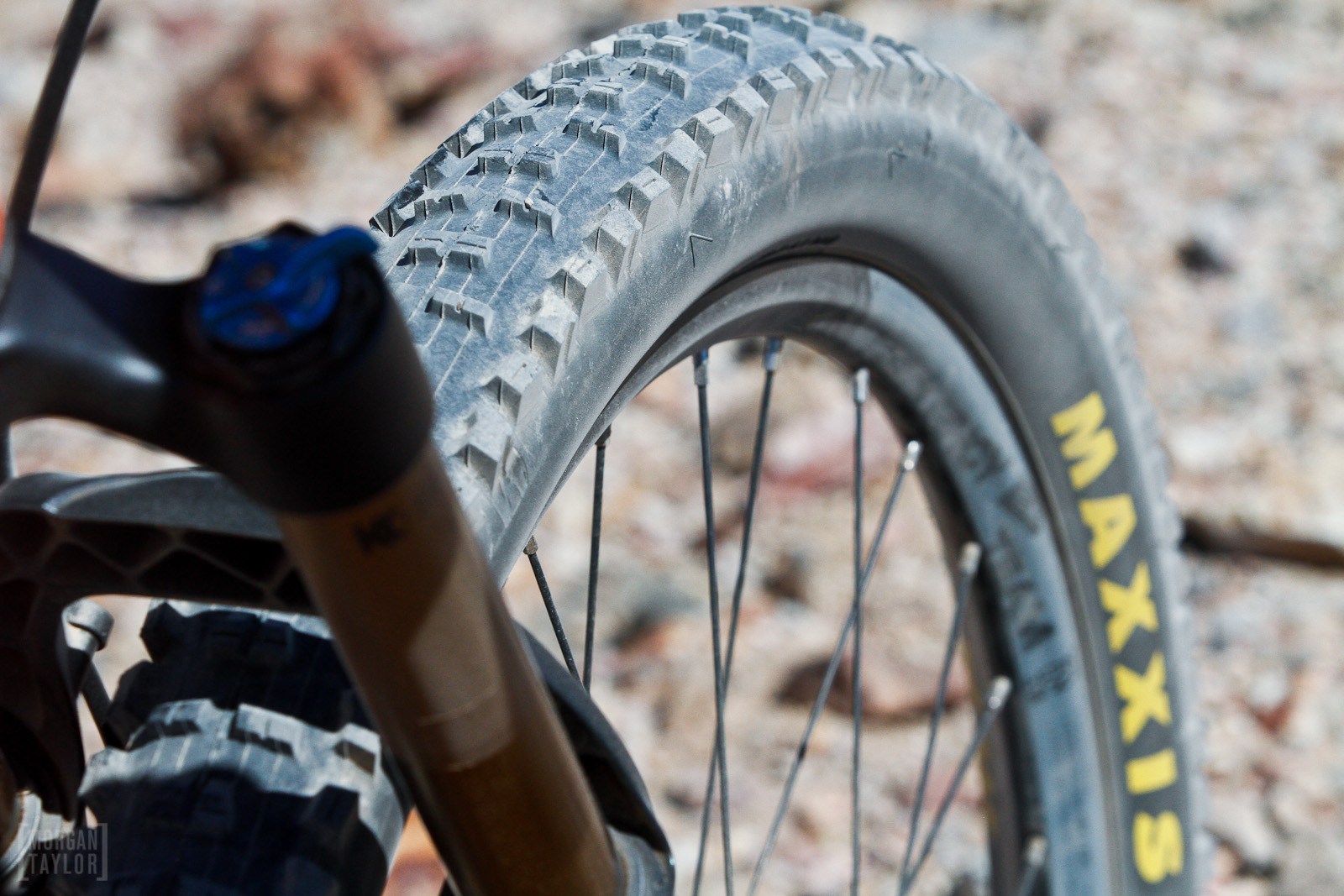 High Rollers aren’t the fastest tires but they sure are confidence inspiring. 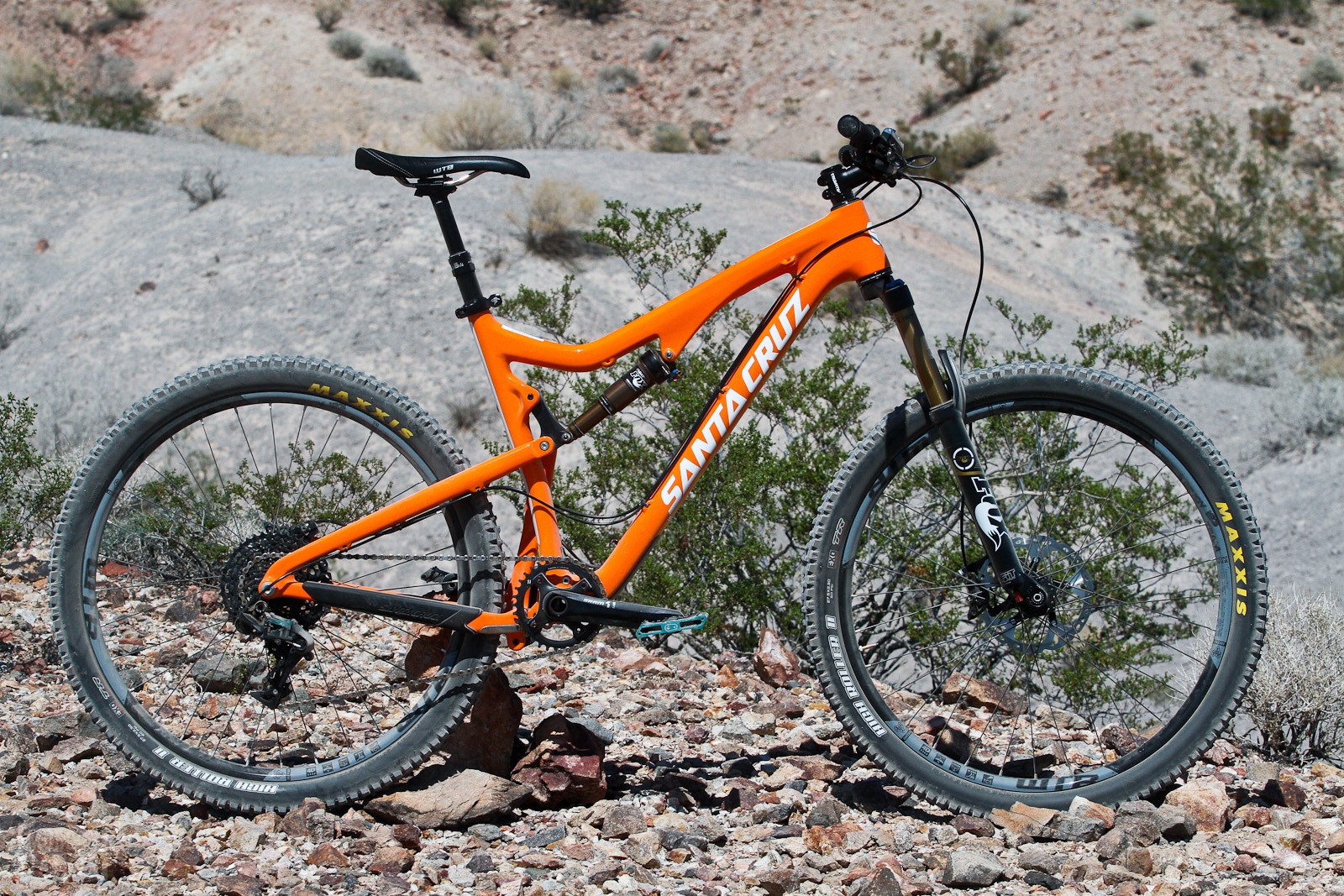 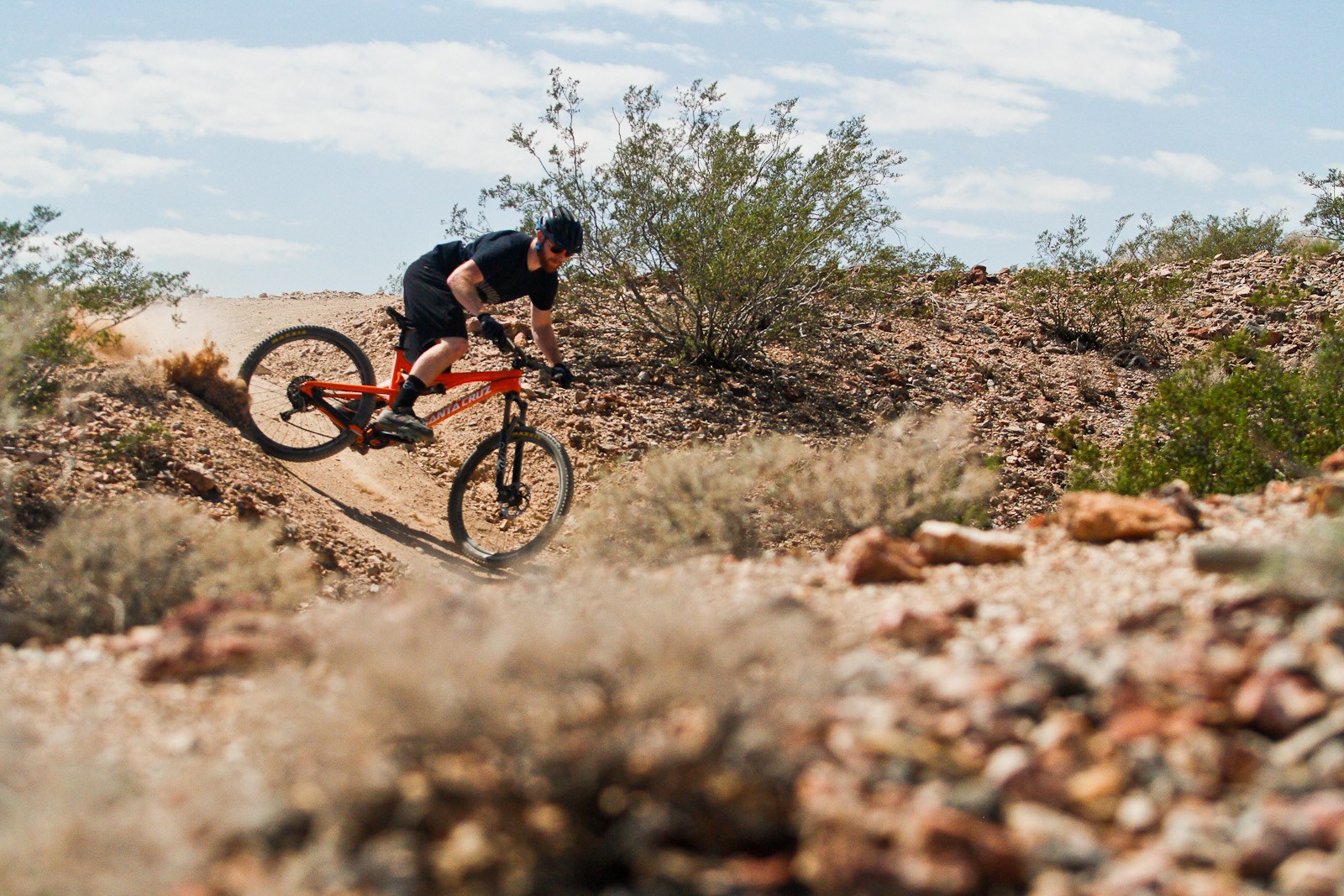 Do you like your trail bike with a bit more burl?

It looks like you've got a bit of experience with the 32, 34, and 36 forks? How would you rate them for AM riding around the shore? I'm running a 36 right now, but I'm considering the 34 for (small) weight savings.

All this depends on your weight and what bike it's going on or how much travel you want. The 32 is mostly an XC/Trail fork and I like it in shorter travel numbers – but for the longer axle-crown measurements it is not confidence inspiring. I find the 34 160 plenty stiff for Shore riding, though the 2013 damper didn't provide quite as much support/adjustability as most riders were looking for. For 2014 the dampers are giving better support across the board which is a step in the right direction, though I haven't spent enough time on them yet to recommend particular settings. The new player in the light but stiff and with good damping arena is the Pike… definitely giving Fox a run for its money right now.