We first saw the Devinci Troy under Steve Smith the day before the Crankworx Air DH. It was the first time we’d seen Stevie on 650B and the next day he did exactly as expected out on the course. Fast forward a few weeks and Devinci has launched the 140mm platform for the masses to consume, so I took the chance to jump on and see if I could also ride faster than Brian Lopes. 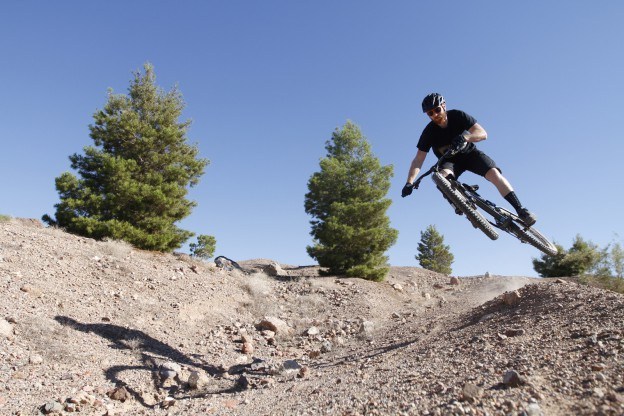 Going up! Oh wait, I can’t scrub like Stevie.

Currently only Medium carbon bikes are in production, so I jumped on a Large aluminum Troy XP, the $3000 retail entry-level model. The first thing I noticed was the spec of a compression-adjustable RockShox Pike. Good move on the product manager’s part. So much of a bike’s initial feel comes through the fork, and the Pike does a good job in both stiffness and damper feel. Other quality spec choices include the Hans Dampf tires and a 780mm bar for maximum cuttabilitytm. 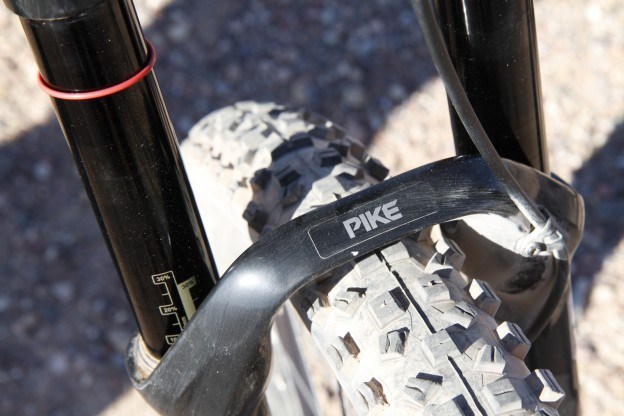 First stop. This is a $3000 bike and they’ve spec’d a Pike with a Charger damper. Good move. 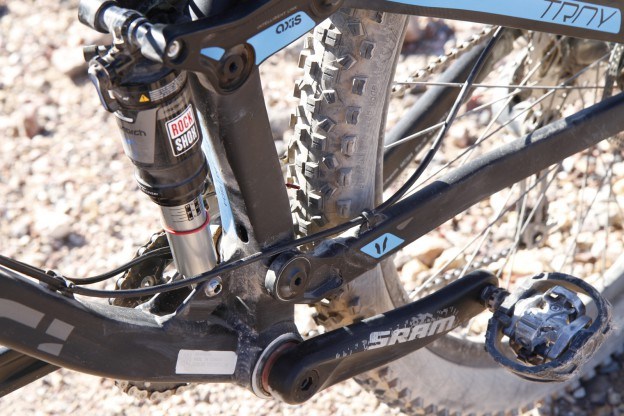 Out back it’s a RockShox Monarch RL. To match the Pike a RCT3 might be nice, but at the price point it’s nice to see any adjustability. 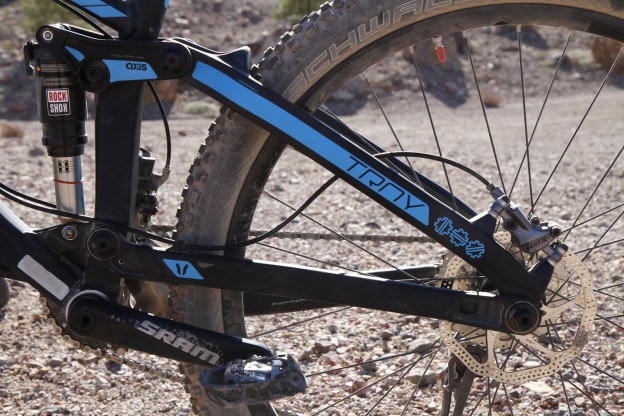 The Troy’s 67.6 head angle (68.1 in the high bb position) doesn’t necessarily scream high speed stability, but that was the feeling I got on my short time on the bike. I didn’t find it especially playful, but then the XP is a low spec bike (though reasonably light at a claimed 29.7 pounds) with relatively heavy tires. For a bike that could be used as an enduro race bike or everyday AM machine, this isn’t necessarily a downside. 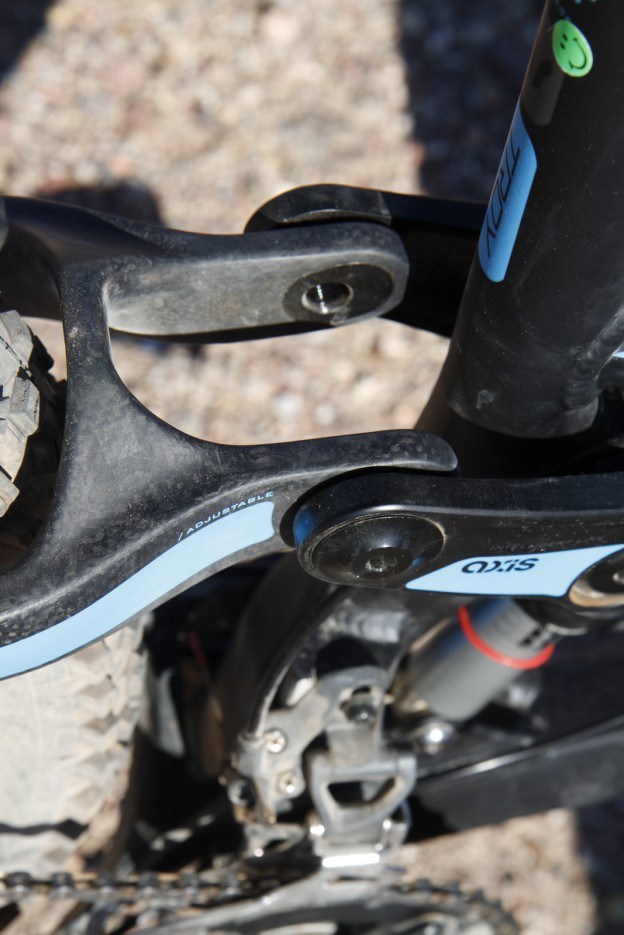 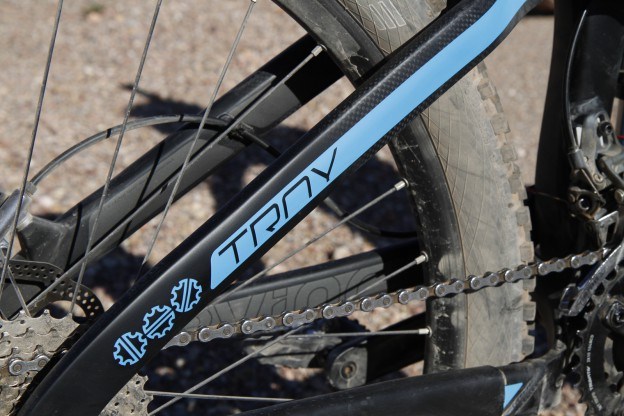 This bike was initially named the Chainsaw Massacre. 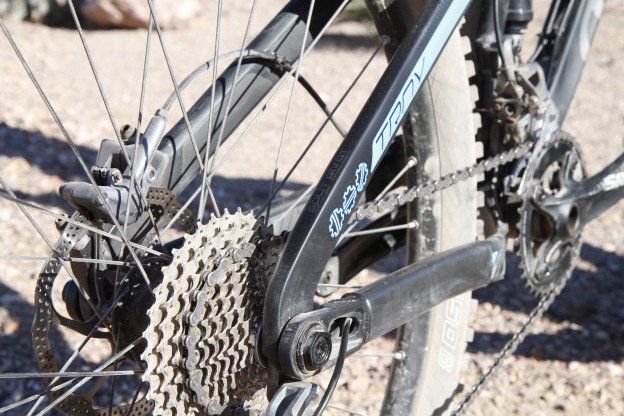 One point I feel deserves mention is the feeling of a low bar height. At 6 feet even I usually feel just fine on Large bikes, and while the cockpit length is nice and roomy on the Troy, I could use some more stack height even though the XP is spec’d with a riser bar and there was 20mm of spacers under the stem. It’s likely that this low feel could also be sorted out with a narrower bar. 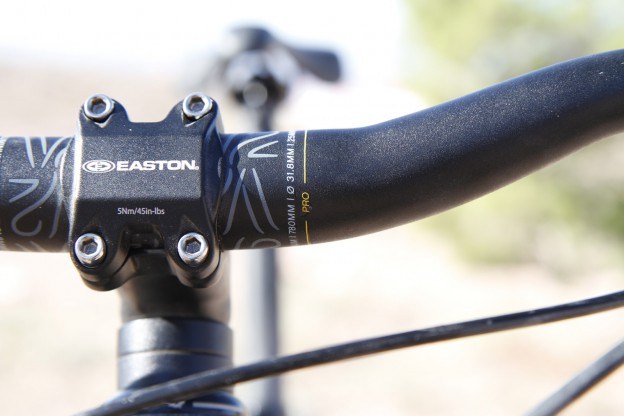 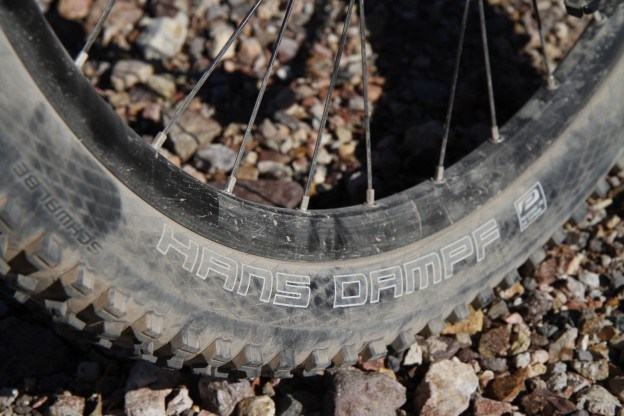 Quality tires on the pricepoint bike. 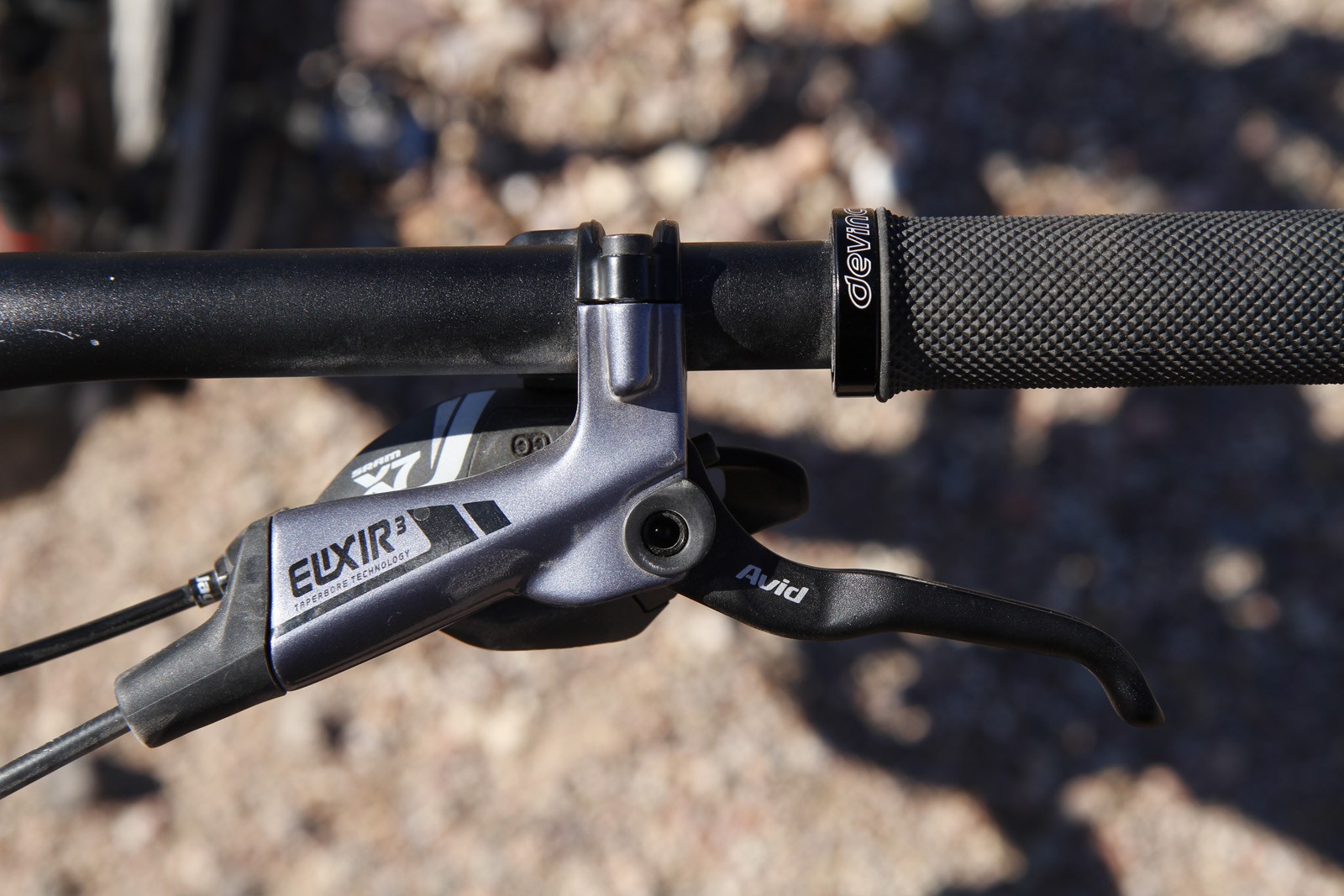 On the climb side I can’t really fault the bike for pedaling just fine, with a firm initial feel like other Split Pivot bikes. The roomy cockpit is a plus for climbing and aids descending stability for sure. Once pointed downhill, the Troy tends to sit into its travel and stay there – also like the Dixon I spent a lot of time on last year – which may contribute to the stable-at-speed feel. 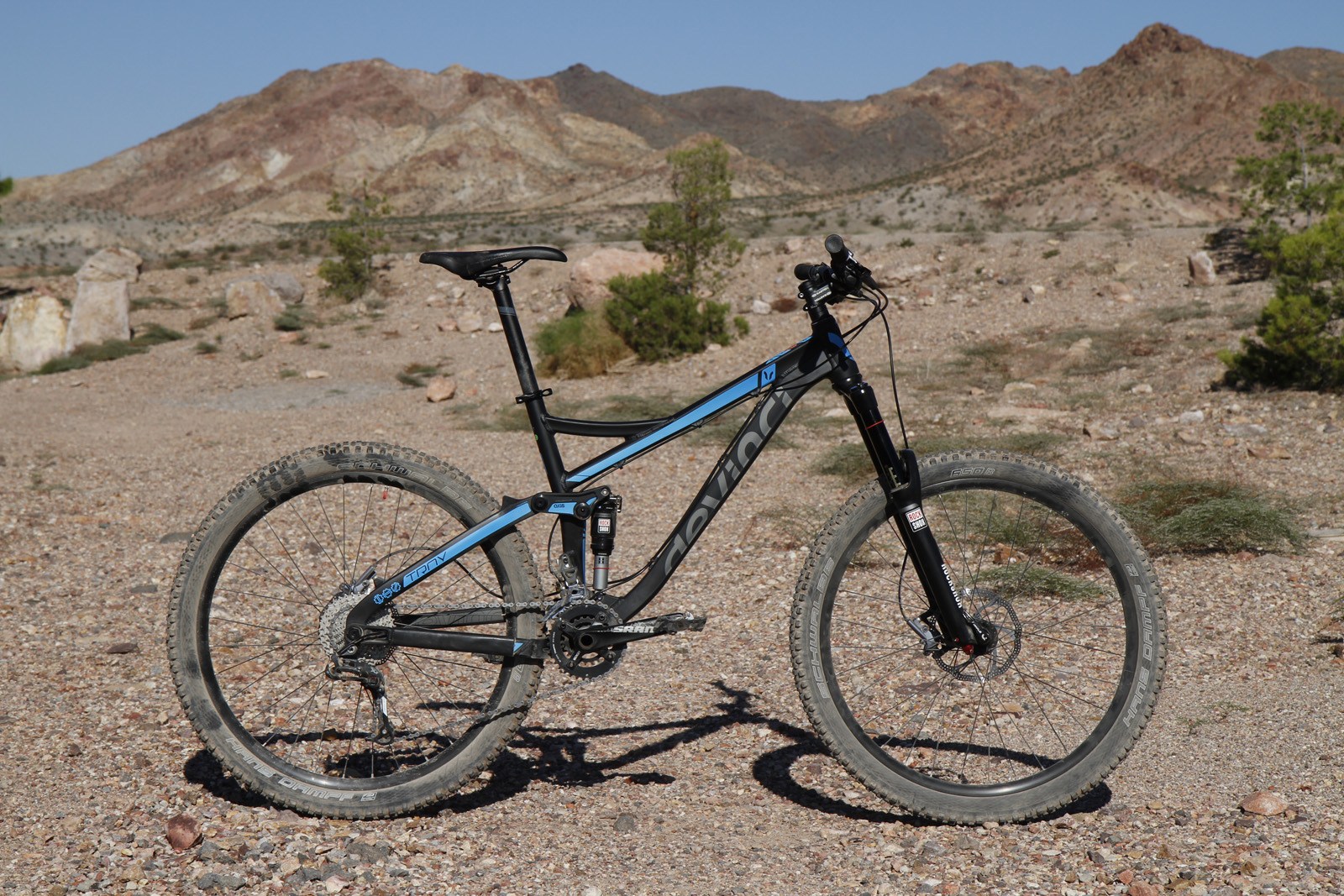 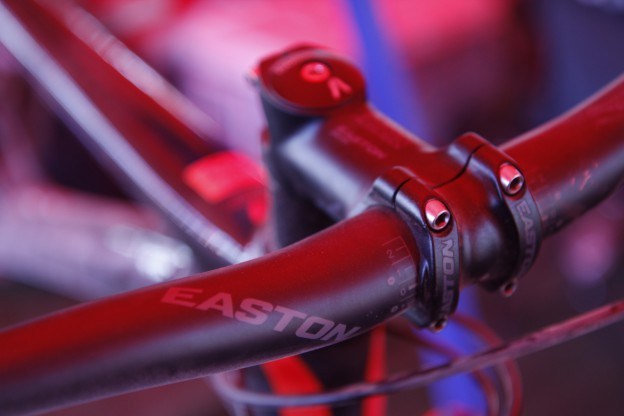 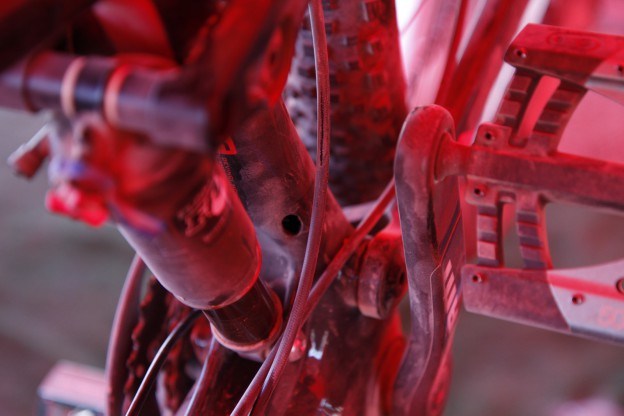 And internal cable routing. When they’ve got a Large sampler we’ll report back.

My initial thoughts on the Troy: while it’s not especially playful off the top, the high speed stability and roomy cockpit should make for a good enduro racer or all mountain smasher. With the top end models coming in at a hair over 27 pounds with dropper post but the entry level model staying under 30, the Troy looks to be a solid mid travel machine and its race pedigree is already racking up…

Think you could win the Air DH on this next year?

could the low bar feeling be from the pike? its stands up nicely in its mid- stroke, so you can actually run some proper sag without blowing through travel, like so many forks before it. i felt the same when i rode one. same goes for new fox 40 air apparently, with racers now bringing bar height back up, in some cases dramatically higher.

whoa! are devinci still building their alu frames in quebec and offering lifetime warranties on them? either way, seems like a smoking deal

Is it a Pike RC? Has that a charger damper?
Also - the Hans Dampfs are the "Performance" variant. Probably decent tires, but only from Schwalbes "budget" line.
Understandable at that pricepoint…