It was an absolutely wild race in Cairns this week with massive crashes, spectators trying to ride away with bikes, and unrelenting mud. In the end though Gee Atherton surged to the top of the podium, followed closely by Josh Bryceland and Neko Mulally in second and third respectively . In the women’s field, Rachel Atherton finished first with fellow Brit Manon Carpenter taking second, and Myriam Nicole snagging bronze. 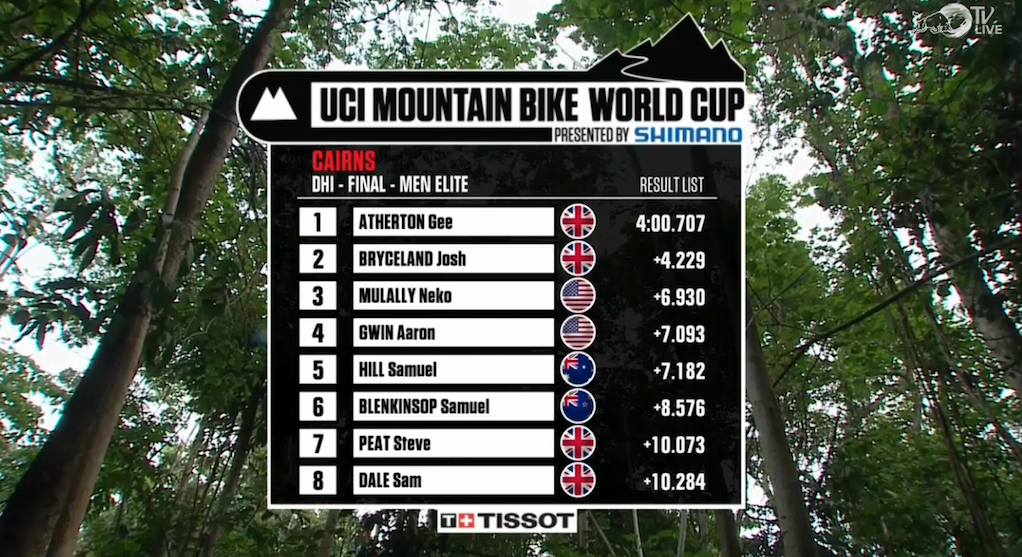 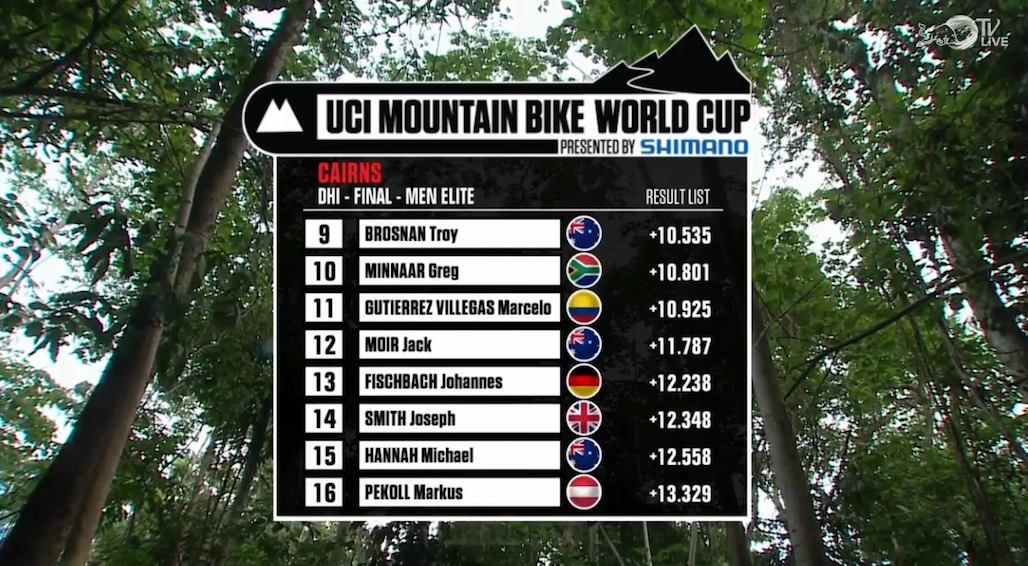 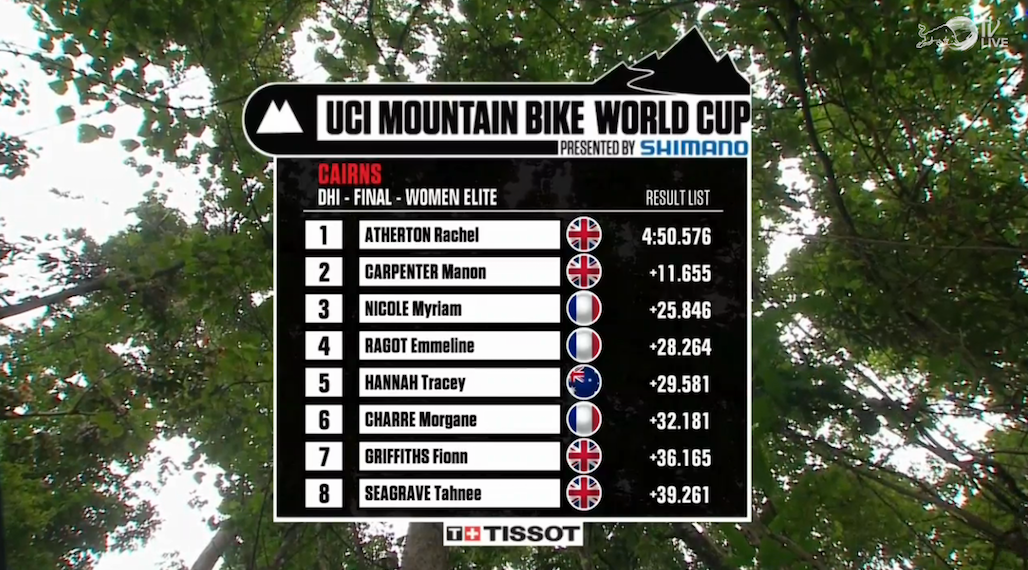 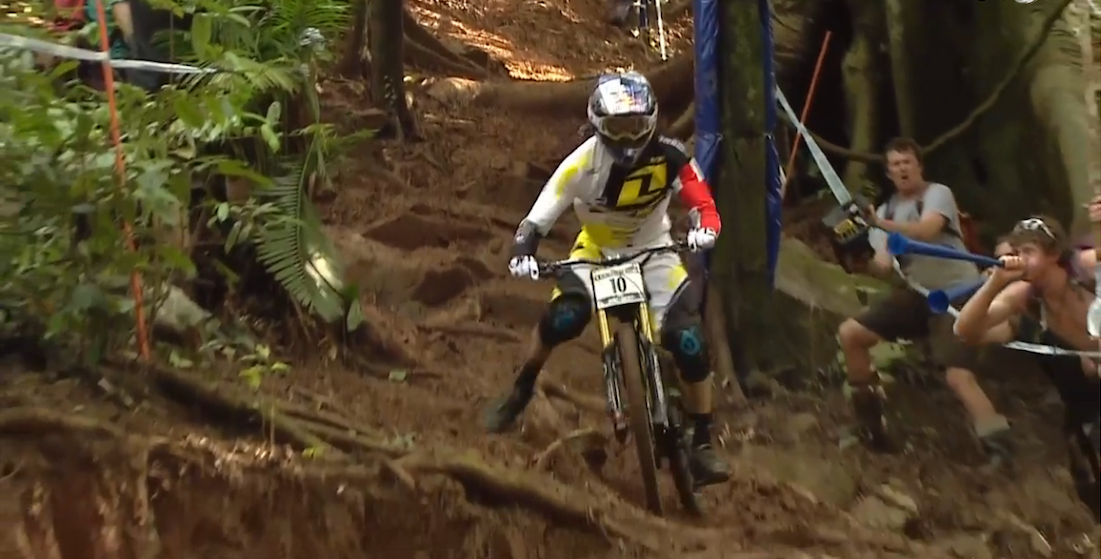 Gee Atherton picking his way through the Alien Tree section. 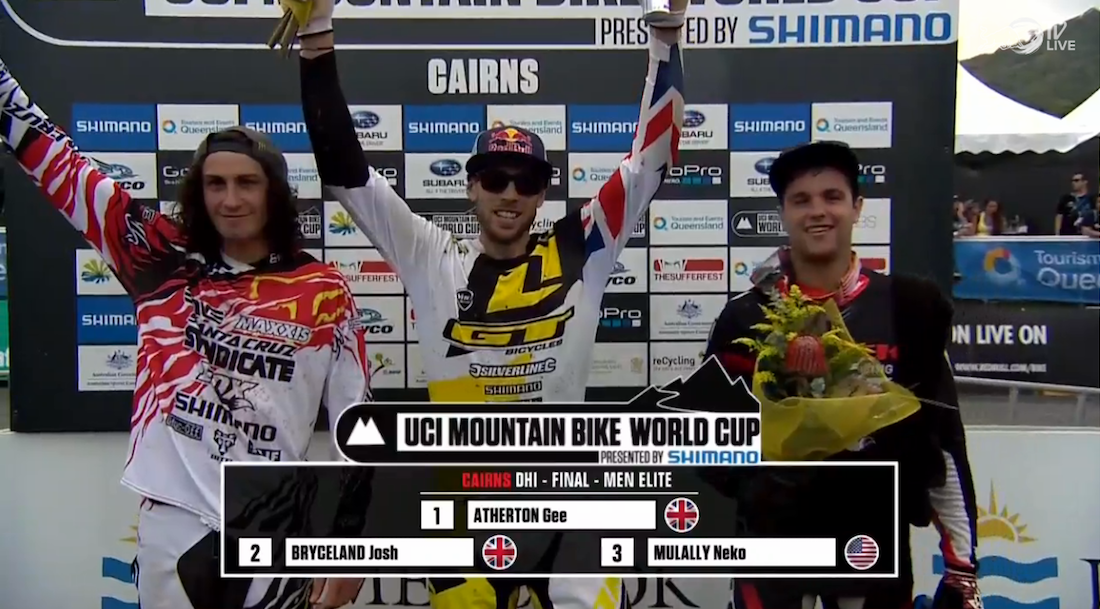