Specialized announced the Enduro 29 back in February with the tagline “It Really Does Exist.” Sure, it exists, but its very existence provokes a lot of questions. With 155mm of rear end travel the Enduro boasts 15mm more than its closest competitors – and yet we had been told by engineers at other companies that 140 was the most travel we were going to get out of a wagon wheeler without unreasonably long chainstays and resultant undesirable handling characteristics. The next point of interest is the Enduro’s short 430mm chainstays. It exists, but it doesn’t make sense.

Fast forward a few months and we’ve seen Aaron Gwin win the Sea Otter DH on this bike (though he probably could have won on a children’s run bike). So 29″ wheels have a place in pro gravity racing on relatively smooth courses – water bottles optional. But how will this bike fare on the jagged slopes of the Shore? We were lucky enough to get our hands on a 2013 Enduro Comp 29 SE.

It’s been sheeting rain for the past couple days here on the Shore – great for photos, less so for ride motivation – but the Enduro has roped me into pedally rides both days since I unsheathed it from the box. The rear end is noticeably short and the bike doesn’t present itself as the heavy sled you might expect. The big wheels obviously roll fast, and turn-in feels nimble and natural. The Enduro 29 feels at home when it gets going faster; on slower technical sections the bike handles the terrain just fine but you know it’s got more capability.

I look forward to getting this bike out on some familiar loops and seeing if I can pull an Aaron Gwin on my riding buddies; it may also be just the ticket for the local enduro race series – stay tuned…

My first impressions of the bike aesthetically was that it doesn’t appear quite as large as you might think. Sure, it towers well over head when walked on the back wheel, but proportionally the Large frame looks good – almost like a smaller-framed 5″ 26er. 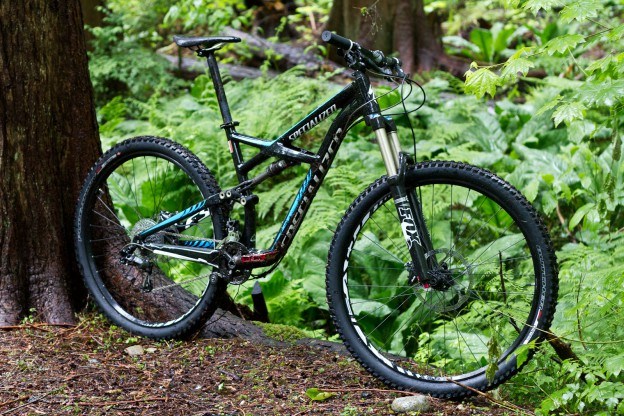 Standover is generous and while a 150mm 29er fork creates a sky-high stack height, this is offset by a 10mm rise bar and a touch more reach. Suffice to say the Enduro 29 doesn’t feel particularly large underfoot.

While I personally feel like a 720mm bar is small for a bike of this stature, the 70mm stem does feel balanced with the bar. Fox’s 34 Float 29 150 is only available as OEM for now and is almost as tall as a downhill fork. 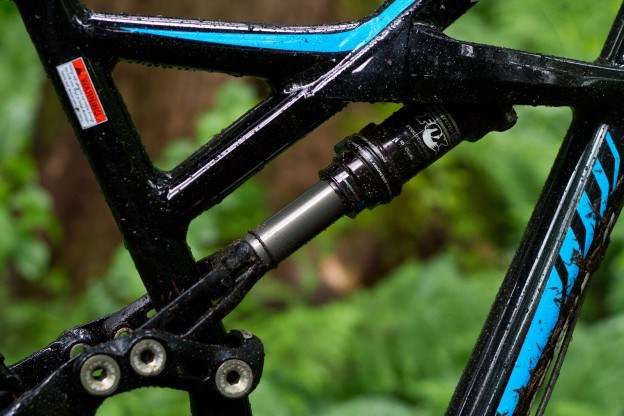 Fox CTD in the rear and the unmistakable X-shaped Enduro frame.

The Comp SE spec gets X7 shifters and an X9 Type 2 clutch derailleur, with smart cable routing through the chainstay protector. On the right you can see the front derailleur taco blade, which is removeable should you want to go with a dedicated 1x setup.

Butcher Control 2.3 up front, Purgatory Control 2.3 out back, on 28mm Roval rims laced to HiLo hubs. These should set up tubeless easily enough with the provided valve stems.

Downtube cable routing holds three cables out of the box, and is expandable to a fourth cable for your dropper post using spare pieces provided. 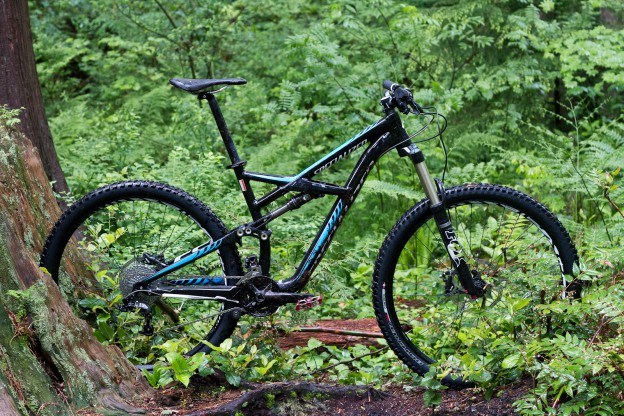 The Specialized Enduro 29 Comp SE. MSRP is $3699 CDN and these are shipping to your local bike shop as I type this…

Could you see yourself swinging a leg over a long travel 29er?

This is a little delayed since I haven't been on for quite a while - I typically ride 20-30km and this bike is great for that distance as you would expect. The CTD fork/shock options allow you to damp the ride for pedalling efficiency to your taste and works well IMHO. I seldom get out of the seat to climb on the north shore other than for technical moves - I couldn't see how the decreased leverage pushing a 29 inch radius would not affect the climbing effort but it climbs better than my old 26er on the same gradients, some pretty steep. I've had some issues with the Fox Float 29 fork with the damping cartridge and the jury is out atp - but I don't know if this is a widespread problem - but after almost a year I am still giving this ride a big thumbs up.

Hi Icemant!
I understand you owned an Enduro 29 comp SE.
You wrote it climbs faster and better, so I'd like to ask if I can climb while seated and using the 22T on the crank.
Another question please - how is the E29er pedals? Is it good for long rides too (20-30 miles)?

Morgan Taylor - I'v read your first impressions above.
is there any Enduro 29er comp review coming up?

Have owned one as shown here + command post, for a couple weeks and a few easy/moderate rides on the NS and Seymour (7th, Pangor, and similar). At 5'9″ and a 30″ inseam the medium seems like a good fit although I would definitely be at the low end of the range for fit on this size. Other things equal it climbs faster and better, smooths out rough stuff going up and down, is better on roll-overs, and handles better all around than my previous ride (SX Trail) - of course its about 8 pounds lighter too even with the command post. Its a fun fun ride for me - but I won't ride anything harder than what I mentioned, so this is more of a XC rider's view I guess.

Would love some insight into sizing. I have one on order but can't decide between medium and large. Reading some of the other forums, it seems like a few other folks are in the same situation. I'm 6′ tall, 32″ inseam. Thoughts after riding the bike?

You've got similar proportions to me and I can't imagine riding a medium. It ships with a 70mm stem and 720mm bar, and I'm pretty comfortable fit-wise on that.

@boomforeal, that's a 26er in your link. Can't believe that Spec still has those obsolete wheel sizes on their site!

ah, wtf. could have sworn there was a carbon (sworks?) one…

The carbon 29ers might be US-only for now, as they are listed on the US site. I'll check in with Specialized Canada.

My presumption was correct: S-Works Enduro 29 and Enduro Expert 29 Carbon will be available in Canada this fall.

So how does it ride!?

I was just about to pull the trigger on a SC Tallboy LTc….

Interesting that for now (per Spec website), the Enduro 29er variant being offered is this mid-range build.

there's an expert-level carbon variant, too

Bent seat tube, how long can you get the seat?

You can drop the post right in to the bend, which gets you 8.5″ of insertion. With a 4″ minimum insertion, that allows 4.5″ of travel if you trim the post to exactly what you need for full leg extension. Dropper post is a fair assumption though.

The wheel path has to be what makes this bike do what others could not - either straight up or rearward as it goes thru its travel, as opposed to most designs where the wheel hooks forward towards the end of its travel. Slick either way - 155mm travel and 16.9 chainstays are magic numbers for any wheel size!