The Instinct is a model in Rocky Mountain’s lineup that doesn’t get as much press as its stablemates. Launched in late summer 2012, in the shadow of the highly sought-after Altitude 650, the 2013 Instinct features Rocky’s ingenious Ride 9 adjustable geometry. As for the nuts and bolts, it’s a 130mm 29er with a head angle from 67.7º to 69.3º, only in aluminum for now, with the same Smoothlink suspension design and internal cable routing as the Element and Altitude platforms.

The Instinct 970 is the higher spec of two models and sports black-as-f*ck paint and decals, while the Instinct 950 is in classic Rocky Canadian flag motif. The 970 seen here sports a Stealth Reverb post, Fox CTDA fork, remote lever for the rear shock, DT Swiss wheels, and a smattering of Race Face Turbine all over. Our testers so far have all concluded that, spec-wise, Rocky has hit a high mark of value for money with the Instinct 970.

Have a look at the photos and captions below – click through for big pictures – and leave a comment with your own thoughts about this black beauty. If you have any questions that we might potentially be able to answer through the test period, chime in with those as well… 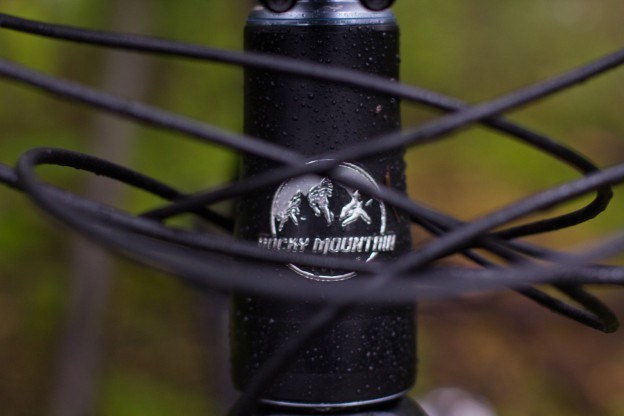 Not much silver on this frame. Lots of cables, for good reason. Check out why below. 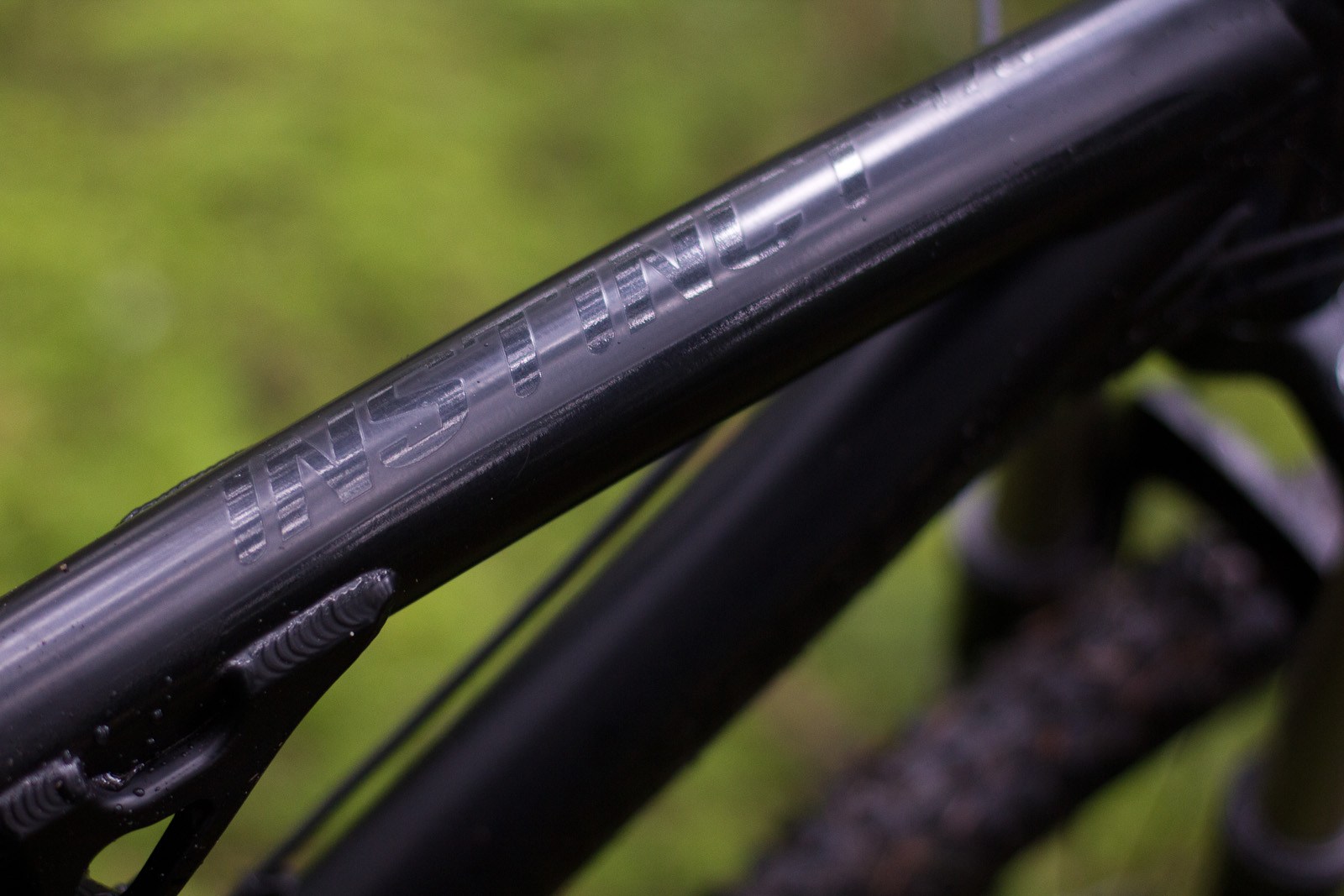 The subtle and actually quite difficult to capture frame decals. Nicely done. 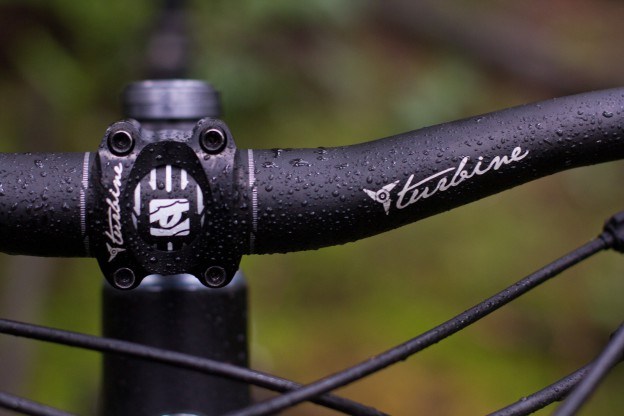 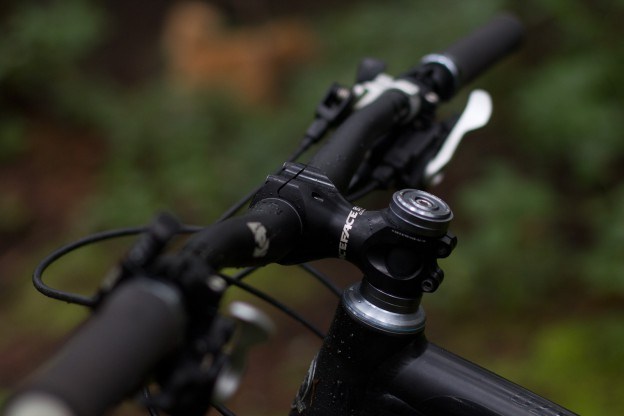 With relatively short top tubes for their given size (our Large tester has a 600mm ETT), you may need to size up with the Instinct.

Internal cable routing and a Stealth Reverb from the factory make for a very clean silhouette. 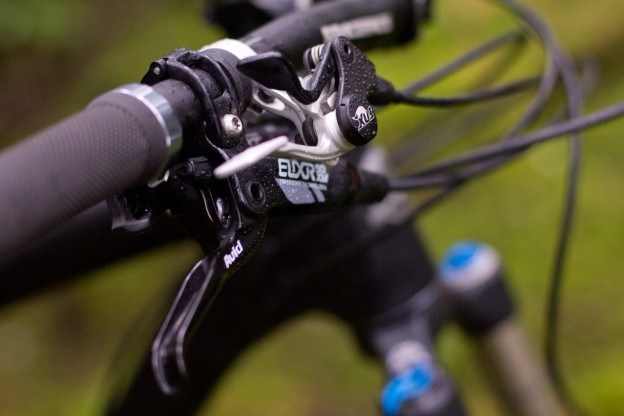 The 6th cable on the bar is a Fox remote lever for the rear shock. Our testers have liked it so far… what are your thoughts? 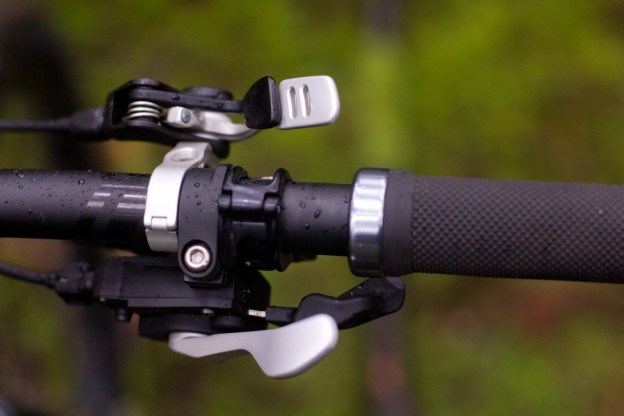 Three clamps on each side, as we see Avid Elixir 90 XM brakes with 180mm rotors and a Shimano XT drivetrain. 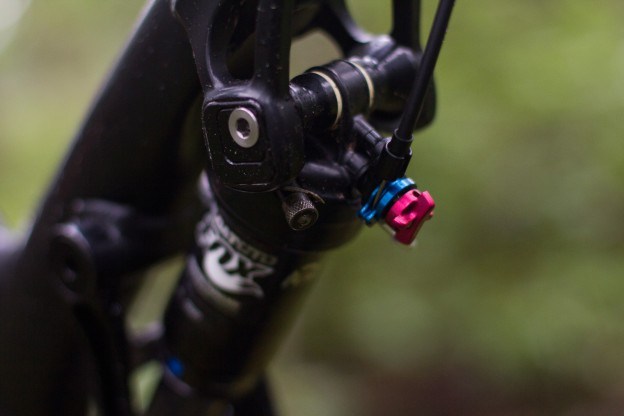 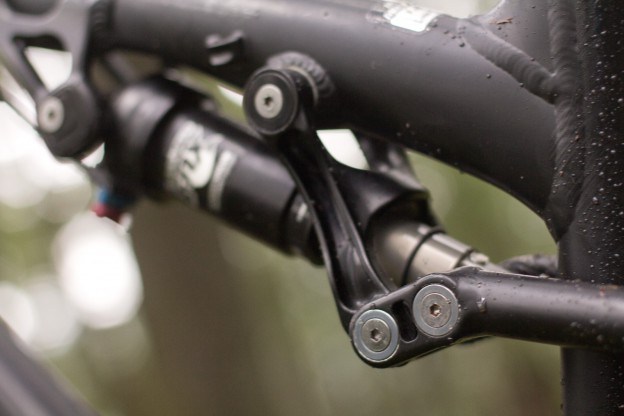 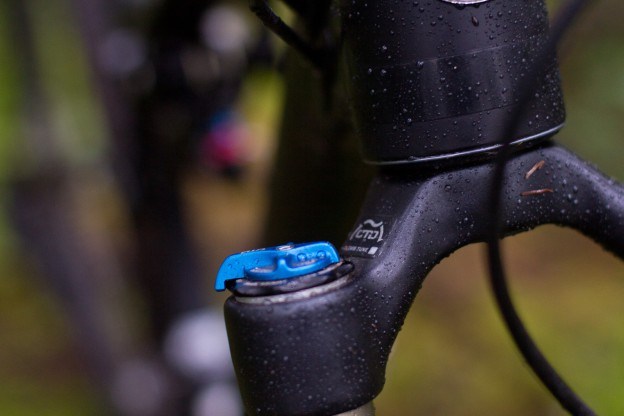 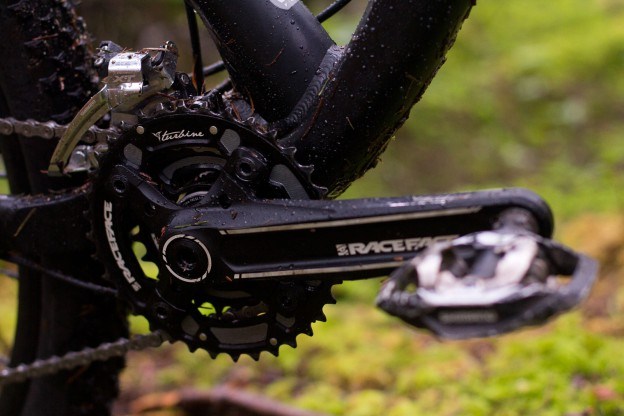 Turbine cranks with 36/24 rings, XT derailleurs with a clutch out back. 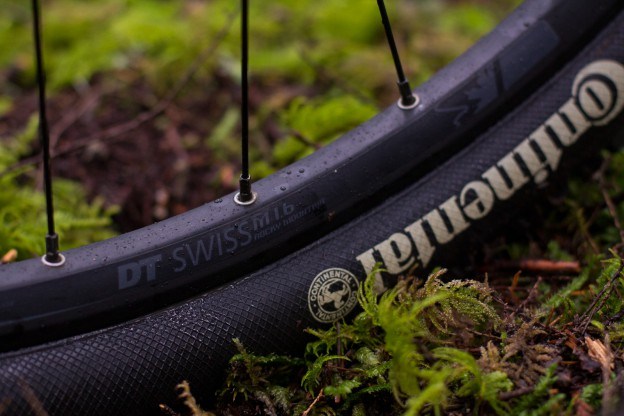 The subtle branding continues through the rims, where DT’s M 1.6 rims are laced to 15mm and 142mm hubs. 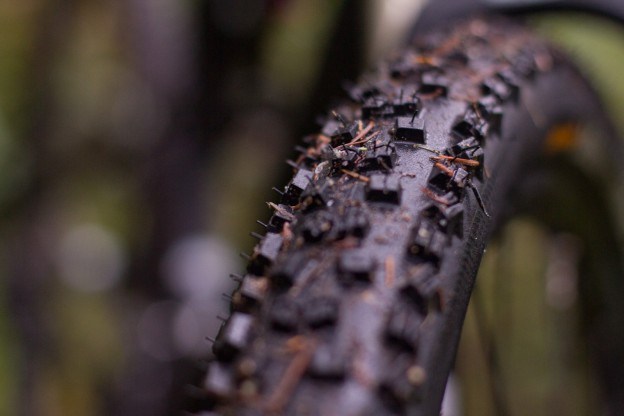 The stock tires are Continental Mountain Kings, which are not highly confidence inspiring in North Shore winter conditions. However, they can be set up tubeless on the stock rims and do roll quick. 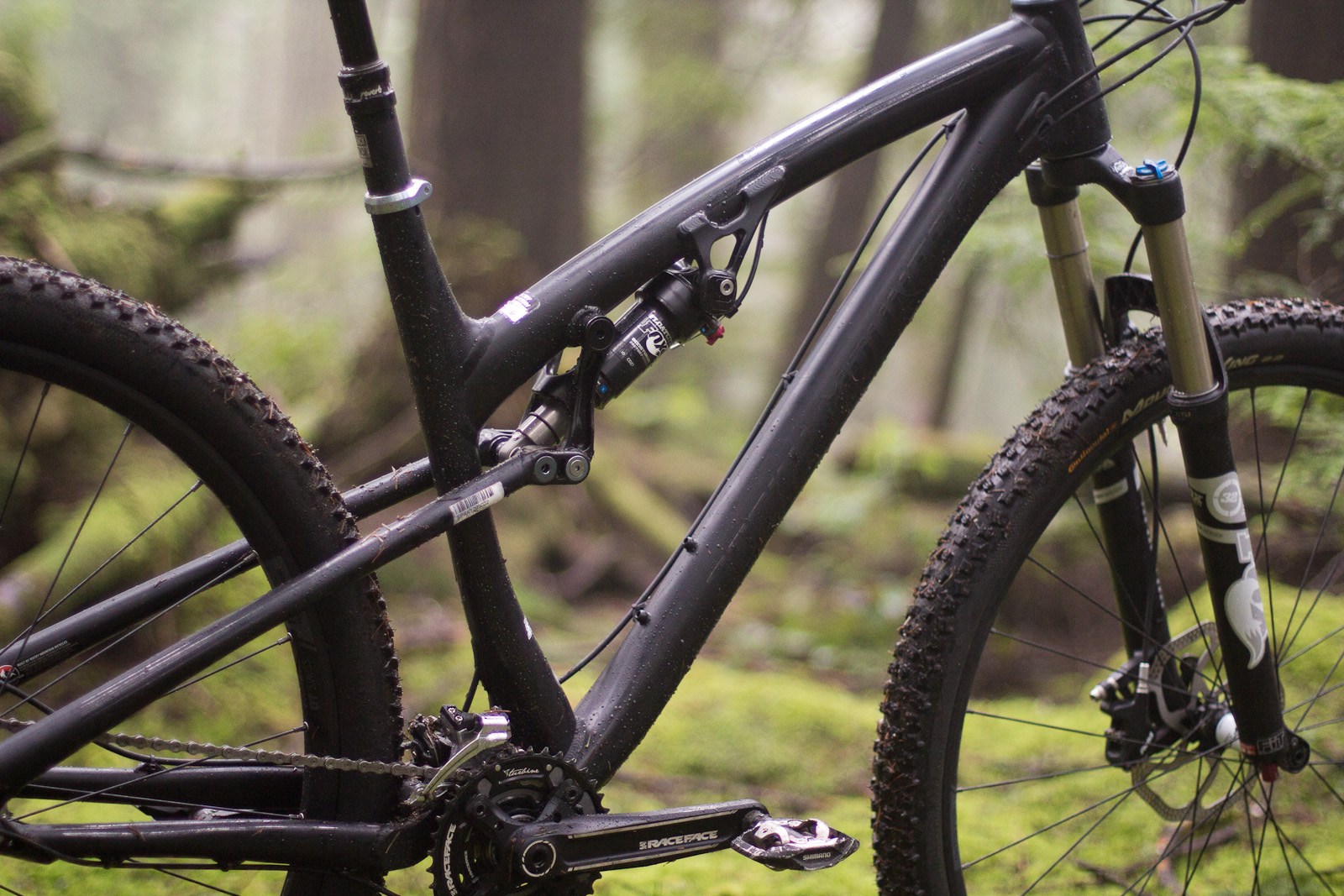 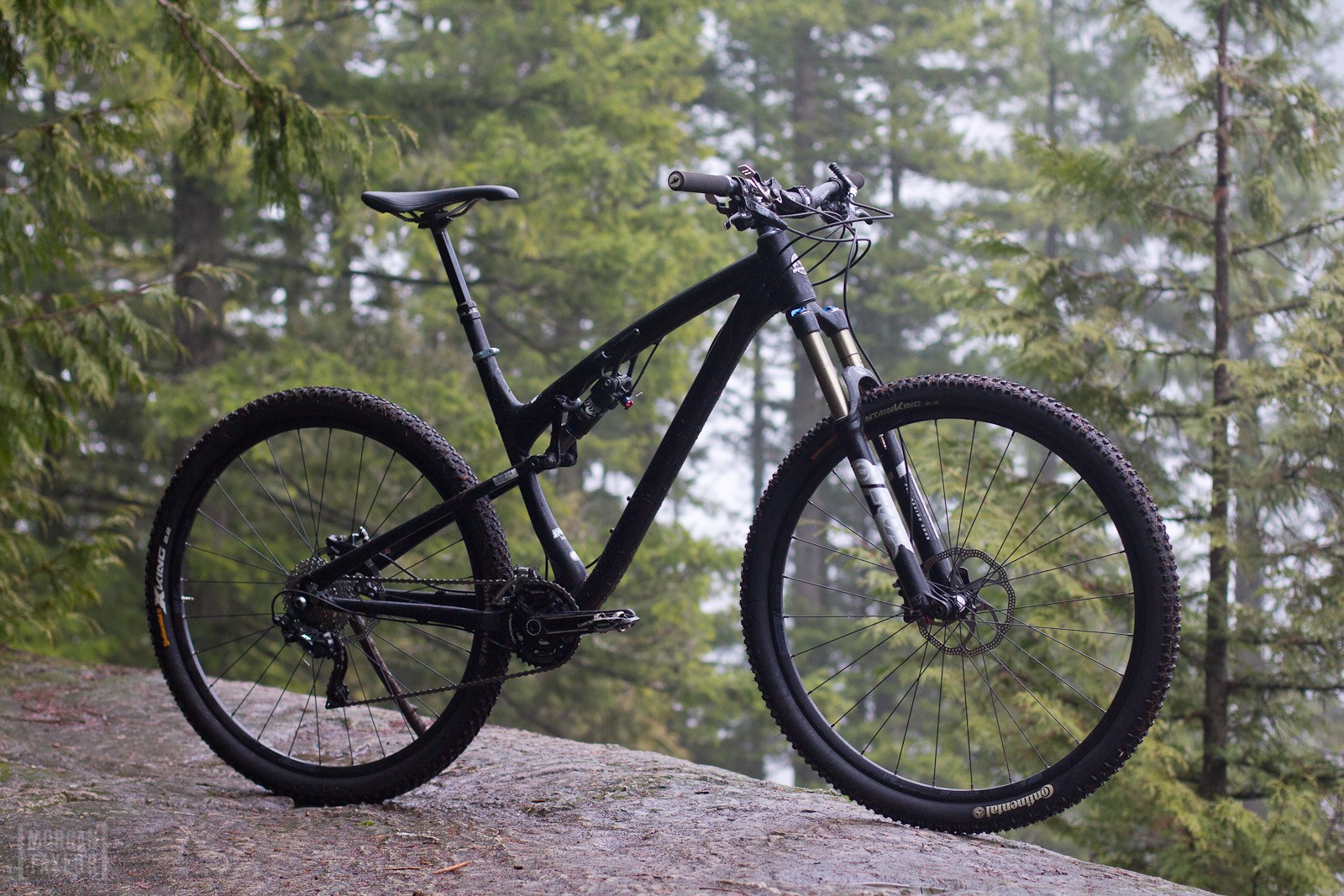 Is this the everyman’s version of RMB Product Manager Ken’s Altitude 650 with XX1 build?

I wish the remote was more subtle (or at least sat lower-profile to the bar) but I can appreciate why it is there: The bike is initially very supple // the guys at Rocky are pretty competitive. I would definitely use the remote if I was going to be hammering out of the saddle or cranking up steep grades.

Absolutely agreed on the 34 as the stiffness difference is night-and-day. It is nice to see the CTD-Adjust at this price point instead of the price-point /cheap-and-not-neccesarily-cheerful CTD damper.

Agreed on the tires. Both a future opportunity for a "BC Edition" bike along with a wider bar, shorter stem,

Actually, huge kudos for also getting a Star-Ratchet DT hub on the build at this price.

Rocky's website lists the fork as having the CTD damper (not CTD-Adjust), so either they have a minor omission or the test bike has a notable upgrade from the stock build.

It needs a 34, larger volume tires, and to get rid of that remote on the bars.

If you close your eyes, the Fox remote feels pretty nice. You don't see that stuff when you're looking down trail.

You are right… still too many levers and cables… oh, how I like simple.

Hey Glade, it looks like you might be confusing the "Fox remote lever for the rear shock", with the trigger for the RockShox Stealth Reverb dropper post.

This bike definitely does it for me. Well spec'd, well priced and looks dope!

Man, THAT is a nice bike.