VIRGIN, UT – June 10, 2015 – The world’s best big mountain riders will once again converge outside Zion National Park for the 10th Edition of Red Bull Rampage. The premiere MTB event of the year attracts the toughest riders, and this year’s contest will be no different. Last year’s winner Andreu Lacondeguy will look to defend his title on October 17. Red Bull Rampage Presented by GoPro will air as part of the Red Bull Signature Series on NBC December 27th.

TUNE IN LIVE ON OCTOBER 17th…
Since 2001, die-hard mountain bike fans have made their pilgrimage to the remote desert playground to watch Red Bull Rampage up close. Tickets are slated to go on sale later this summer, and updates can be found at redbull.com/rampage. For those who can’t make the journey to southern Utah, a LIVE webcast will capture all the action on Red Bull TV. 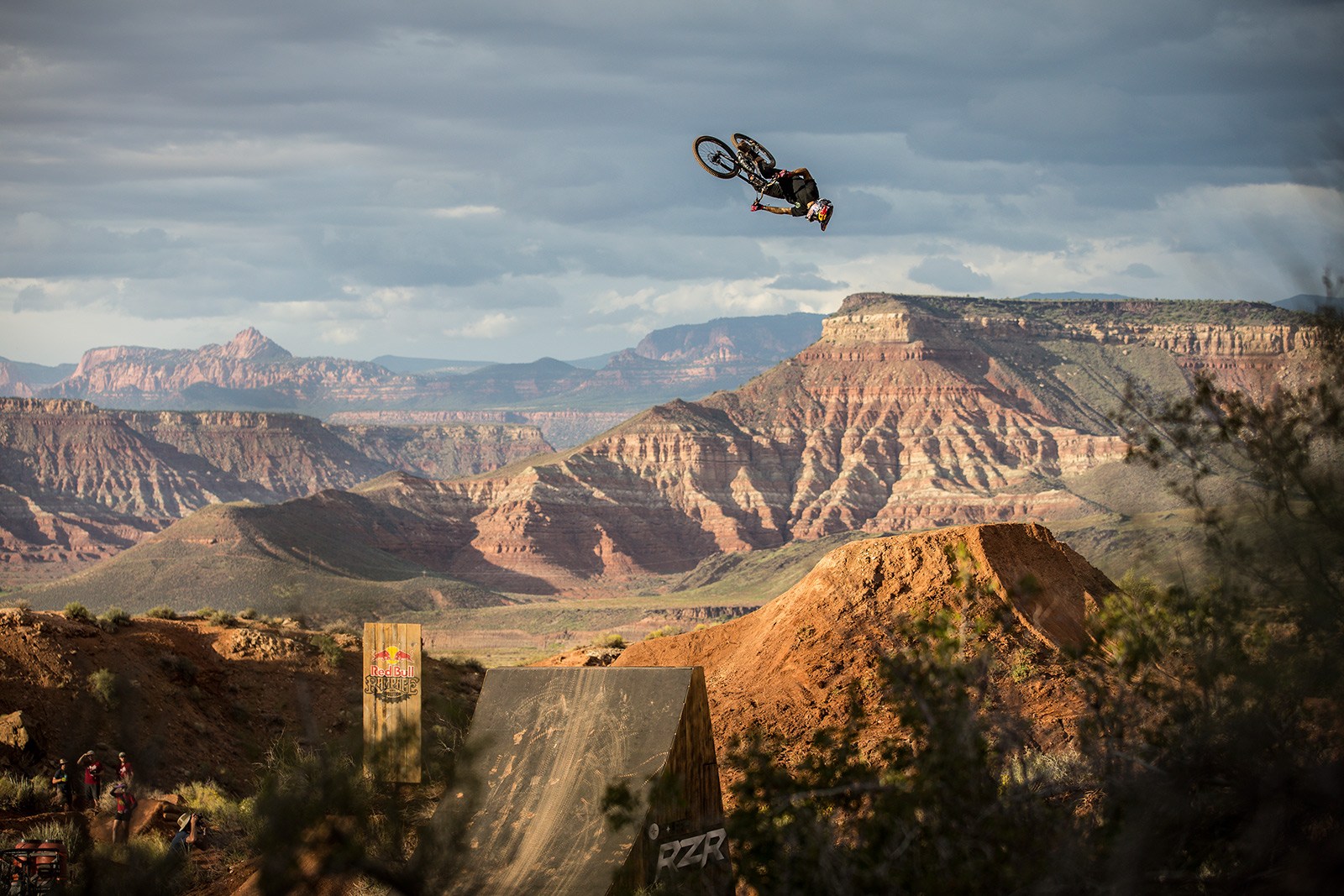 Can’t wait until October to get your gut-wrenching, nail-biting freeride fix? Head over to redbull.com/rampage to watch highlights of the last nine competitions all summer long. The great equalizer of all mountain bike events, Red Bull Rampage draws slopestyle riders, downhill racers and natural-terrain freeriders together in one big-mountain test of all-around bike skill on near-vertical sandstone ridges near Virgin, Utah.

Too early to pick a winner?